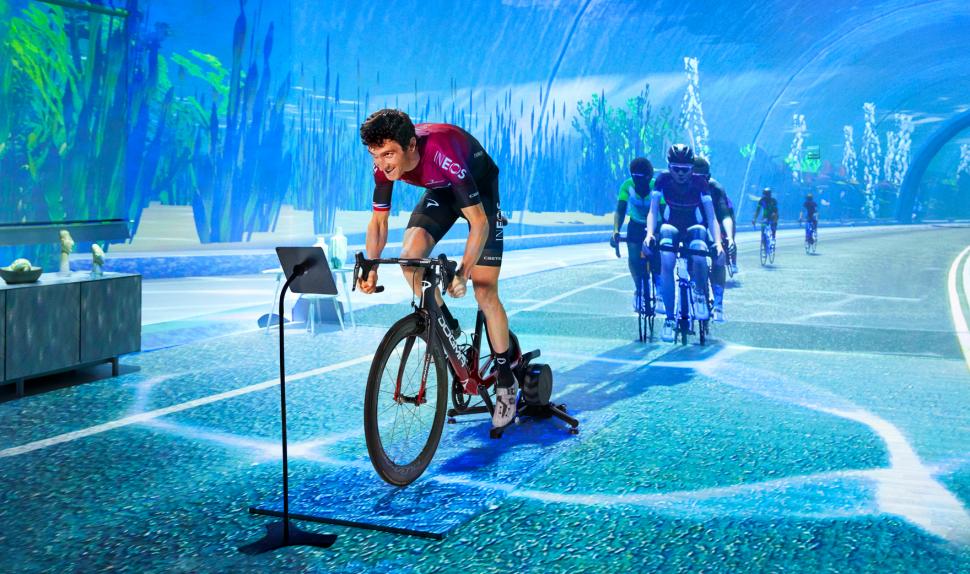 The virtual Tour de France is taking place on Zwift, an indoor cycling app that runs rather like a video game, allowing you to control an avatar. There will be six stages over three weekends with a mix of flat and hilly courses attracting some of cycling’s biggest names

Stage 1 takes place in the Tour’s actual Grand Depart city of Nice, though you’ll have to imagine the riviera sunshine and sea breeze. The riders will face a four-lap race around a virtual Nice, though the course is actually the reversed Hilly Loop in Zwift’s virtual world Watopia.

The climb isn’t massive so we expect the race to come down to a mad dash for the line with the riders testing both their turbo trainer sprinting power as well as their in-game tactics.

Zwift - Get set up on any budget

Two races will take place today with a men’s and a women’s race running over the same distance and on the same course.

With teams only putting four riders into each race, we expect to see riders brought in for one day and then replaced for the next stage. No single rider in the men’s peloton can race more than three stages while the women can do no more than four. As a result, we should see a good number of different riders lining up over the course of the virtual Tour.

Everything you need to know to try racing in Zwift

So far, the big names that we’ve seen confirmed as lining up for the virtual TdF include the Team Ineos trio of Chris Froome, Geraint Thomas and Egan Bernal. Cyclocross superstar Mathieu van der Poel will also feature with the Alpecin Fenix team.