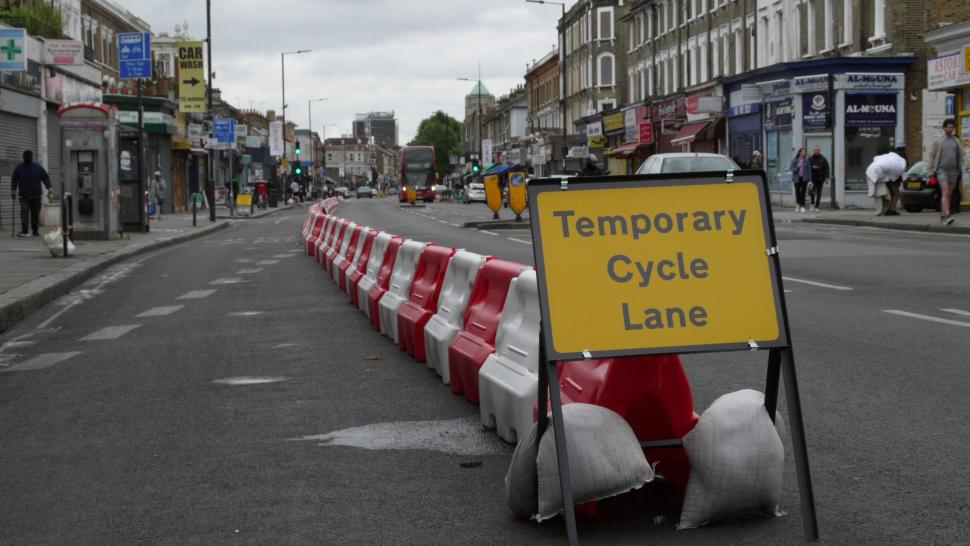 West Sussex County Council is to remove a number of pop-up cycle lanes, on the basis that, “the extraordinary environment that led to their installation no longer exists.”

The council announced last month that it planned to remove one cycleway in Chichester – a town where the mayor had opposed such measures because he believed they resulted in too many “inexperienced” cyclists on the roads.

In a statement, the council said that the decision was partly as a result of a ‘significant increase’ in traffic – the very issue pop-up lanes are intended to combat through reducing the need for people to make journeys by car.

“When the Government funding was awarded and the cycleways’ construction started, the country was just emerging from the first national lockdown,” said a spokesperson.

“However, since then, the Government has continued to provide additional funding for local public transport and traffic has significantly increased, so the pop-up cycle lanes are no longer needed for their original purpose.”

Roger Elkins, cabinet member for highways and infrastructure, added: “The schemes fulfilled their main objectives of offering people dedicated space to cycle rather than using public transport, or to leave the car at home and use their bike instead.

“This was in response to the unique set of circumstances during the first national lockdown, including schools and colleges having been closed for months and vastly-reduced public transport capacity.

“The extraordinary environment that led to their installation no longer exists even though we are about to enter into a new national lockdown: schools and colleges are open, traffic volumes have increased and, although public transport capacity is not back to pre-March levels, it is significantly improved.”

The council said that the majority of feedback on the cycleways was negative, with increased congestion cited as a key issue.

Paul Tuohy, the chief executive of the Campaign for Better Transport, commented: “Removing cycleways because car traffic has increased is utterly wrongheaded. It's precisely because of the negative effects of escalating traffic that we need to redouble efforts to encourage walking and cycling by making them safer.

“The alternative – people switching from public transport to cars – will land us with traffic gridlock, higher carbon emissions, worse air pollution, and dangerous streets that put people off walking and cycling.”

However, a month later he wrote to councils to say that far too many temporary cycle lanes were being left unused, and that they were leaving traffic, “backed up alongside them.”

“We all want to see the benefits that active travel brings to be realised, but poorly implemented schemes will make no friends for the policy or more broadly for active travel,” said Shapps.

“Schemes must balance the needs of cyclists and pedestrians with the needs of other road users, including motorists and local businesses.

“I want to be absolutely clear,” he added. “We are not prepared to tolerate hastily introduced schemes, which will create sweeping changes to communities, without consultation, and ones where the benefits to cycling and walking do not outweigh the dis-benefits for other road users.”