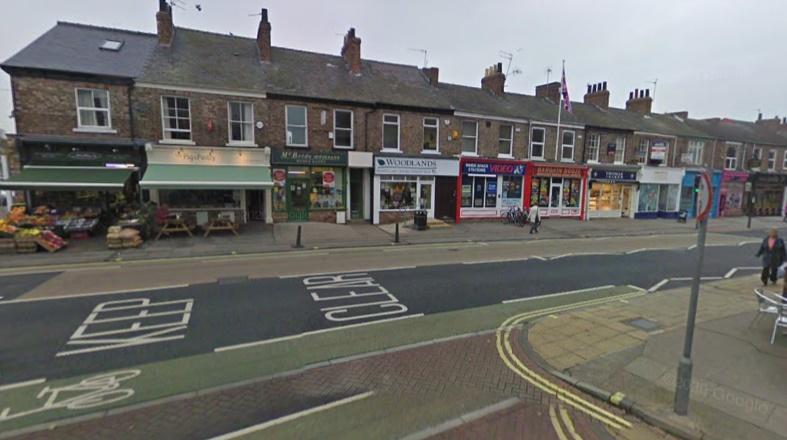 York cones off cycle lanes to widen pavements for pedestrians

City of York Council has widened the footways on one of its streets by coning off the adjacent cycle lanes. Campaigners say the temporary move, which is intended to aid social distancing, ‘significantly increases the risk for cyclists.’

York Press reports that cones have been placed in the cycle lanes on both sides of Bishopthorpe Road.

A spokesperson for York Cycle Campaign said: “We’re shocked and appalled to see that cones have been scattered along both side of Bishy Road, blocking the cycle lanes and making an already narrow two-way street even narrower.

Micklegate councillor Rosie Baker of the Green Party has suggested the road be made one-way, with one lane closed to motor traffic, which would allow both pedestrians and cyclists to social distance safely.

“During these times of light traffic we have been lobbying the council to try out sustainable methods of transport around the city during the lockdown. Not least to ease the pressure at pinch points on shared pedestrian/cycle paths.

“Now, in response to our call to make Bishopthorpe Road safer for cyclists and shoppers, they've closed the cycle lanes – making it more dangerous. It's unbelievable, and shows a knee jerk anti-cycling attitude at the heart of the council.”

Councillor Andy D’Agorne, transport executive member, commented: “We’re hearing from some residents and local businesses that they are finding it hard to stick to social distance guidelines at certain locations in the city, particularly on some narrow footpaths.

“Many residents have been making use of wider areas and waiting to allow others to pass. However, to aid residents, we are looking at how we can help residents in adhering to social distancing guidance.

“In addition to these immediate measures, council officers are also currently exploring how best to respond to these challenges in the medium to long term, and are identifying opportunities to maintain the health benefits of low traffic and improved air quality in whatever the new normal looks like for communities.”