6
10
Enjoyable and lightweight road racer for younger kids, but gearing, brakes and shifting mark it down
Weight:
8,540g
Contact:
www.evanscycles.com
How we test

Sir Chris Hoy's eponymously-named bike brand has extended its range down into children's bikes this year, and the Cammo 24 is their 24-inch-wheeled (natch) junior racer. It's light, and quick, and well put together, and our junior test pilot had a great time on it. There are some curious component choices though, and in terms of overall value there are more versatile bikes out there for the money. 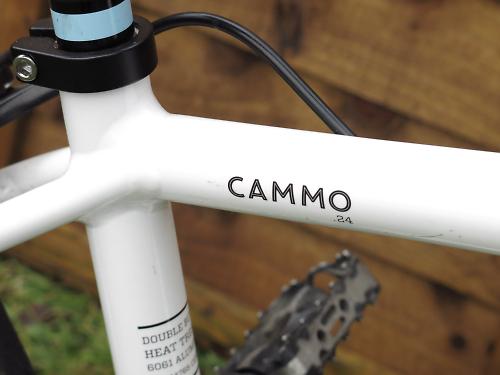 The Cammo is built around a 6061 aluminium alloy frameset with a matching alloy fork. The tube profiles are fairly chunky and the finish, with HOY's signature velodrome lines complementing the white finish. Onto that is bolted a 2x8-speed drivetrain using short-reach Microshift shifters with twin paddles behind the brake lever for up and down shifts. You get a 145mm chainset with 46/34 chainrings and Shimano A070 front and rear mechs which are fairly basic but perfectly functional. Tektro calliper brakes do the stopping and the wheels are Alex 24 inch alloy box section rims built on to Joytech hubs with 32 plain gauge spokes apiece. HOY provide their own branded children's saddle, and the bars are 36cm Satori alloy shallow drops. 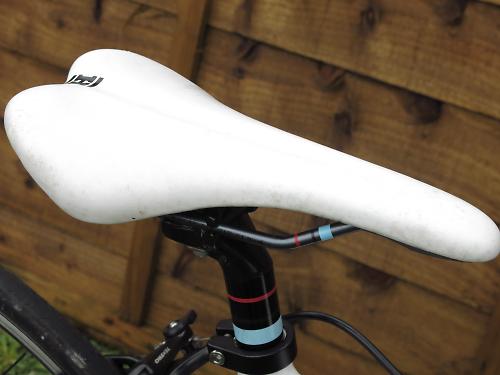 It's a nicely built machine and tips the scales at 8.54kg. That may seem like a lot to anyone used to the rarefied realms of sub-7kg super bikes, but it's the lightest 24-inch-wheeled bike we've tried by about half a kilo. It's designed for kids aged from 9–11. Joel, our main test pilot, was a bit younger than that but, thanks to being on the 99th percentile for height, just the right size. He really enjoyed riding the HOY, especially on the closed-road Odd Down circuit which Sir Chris himself had a go on before it opened. The ride position is good, and the narrow and shallow-drop bars are pretty good for small hands. The Kenda K191 tyres are nothing special but roll well, and the whole bike feels like a quality item. 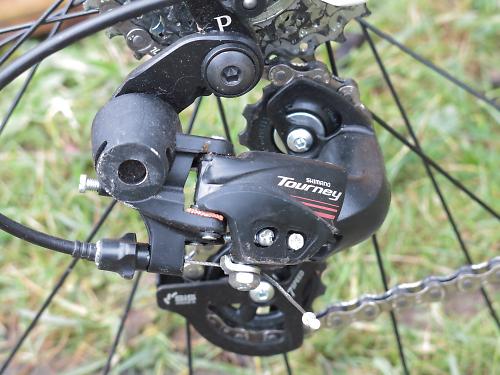 Shifting and braking both caused Joel some problems, and those problems are mainly down to the Microshift levers. They're junior-sized units but still big, sufficiently so that braking from the hoods wasn't really an option. You'll see cross-top brake levers on many kids' bikes for this reason, but the Cammo doesn't have them. Braking from the drops was generally fine, although on some longer descents the force required was a bit much, leading to a bit of fade and some dragging back by a kindly parental hand. 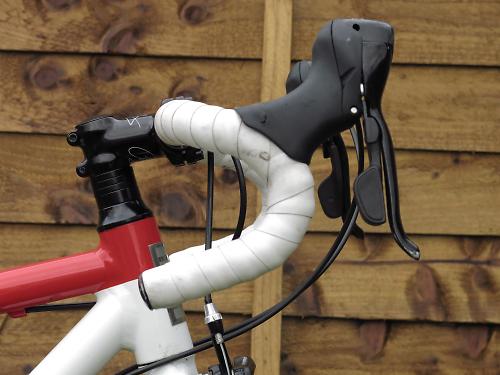 I've had the same happen with cantilever brakes on different shift levers, so it's not an issue confined to this set-up. But cross-top levers help a lot, and with cantis there's the option of switching to Mini-Vs, which sacrifice some mud space for better power. If it were up to me, all kids' bikes would come with Mini-Vs. None do. Go figure. Fitting cross-top levers is an option for the HOY though. 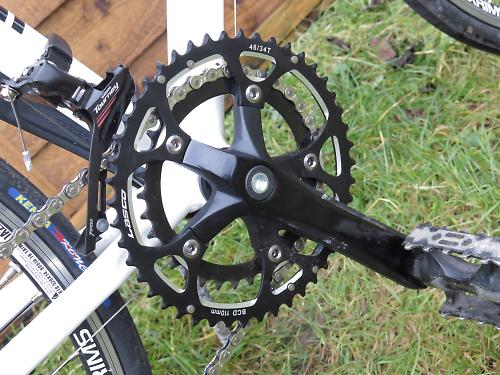 The calliper brakes limit the mud clearance and tyre size such that you're restricted to road and light trail use. The HOY's not the only junior bike that uses callipers, but cantis give more versatility and some bikes, such as the Frog range, come with two sets of tyres for road and off-road use. Kids at age 11 and below are unlikely to be dyed-in-the-wool road racers already, and there's a good junior cyclocross scene in most parts of the country, so it makes sense to have a bike that'll do both. 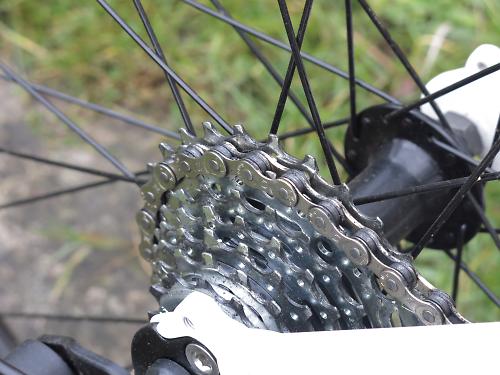 Shifting was also problematic at times. The throw on the lower (upshift) lever is long, making shifts difficult. Also the two-paddle layout isn't the most intuitive; kids' bikes that have Shimano levers with the upshift on the brake lever and the downshift on the hood button tend to work better for juniors, I've found. There really is no junior shift lever that's properly compact enough for riders of this size, to be honest, every one is a compromise. That being said, the shifts are generally crisp when they're made and there was no problems with gears slipping. 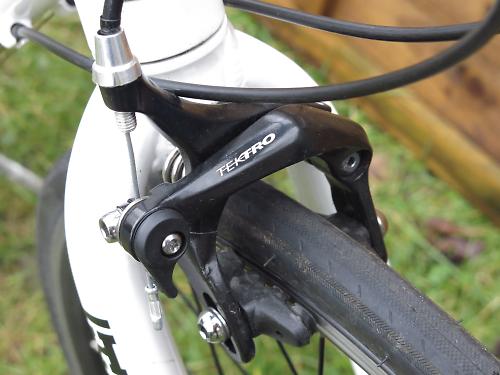 Gearing on the HOY is, to be frank, wrong. For a start, there's no reason at all to spec a bike for this age group with a double chainset. It's just over-complicating matters. The 46/13 top gear of the Cammo yields a gear of about 85 inches, which is useless for a nine-year-old's little legs and not legal in competition until you're racing at U16 level, two bikes on from this. It's pointless. The 34T inner ring gives you a spread from 30 to 63 inches which is pretty good; a 36T, with a slightly wider cassette (say an 11-28, or even an 11-32) would be a better option. If you're competing, the maximum gear you'll ever need (U12) is 76 inches, which would mean locking out the 11 tooth on that setup. 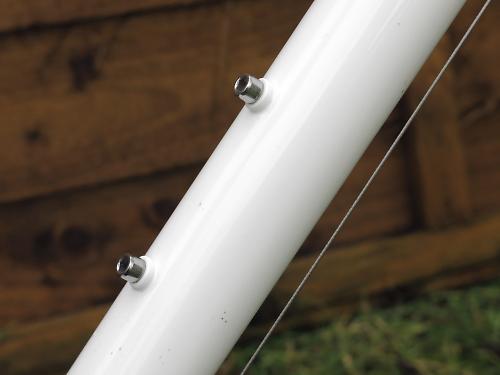 As it was, I just wound in the mech limit screws so the bike stayed in the inner ring, which worked fine. Young riders don't need the complexity of two shifters, anyway.

If that all sounds a bit negative then Joel's experience of the bike has been the opposite: he's really enjoyed riding it. Kids adapt with alarming speed to whatever they're given to use and make the best of it. There's some things they can't overcome though and some of the spec on this bike isn't optimal for the users it's aimed at. 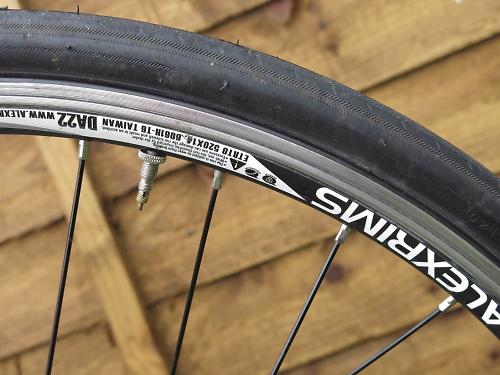 The component choices used here make more sense when you're moving into 26-inch and 700c territory and a bike needs to be more specialised, but they're less effective for a 24-inch-wheeled machine. The junior market is growing and there are other bikes in this price range – Islabikes, Frog, Forme – that feel more like the finished article. The HOY is sound, but could do with some tweaks.

Enjoyable and lightweight road racer for younger kids, but gearing, brakes and shifting mark it down

HOY Cammo 24 Inch Road Bike. Based on the Cammo 650C junior road bike, the Cammo 24 is simply a scaled-down adult road bike with performance to match. The light 24" road wheels, weight-concious part list make this a very easy bike for a young rider to get up to speed and confident handling comes...

Rides very well. The two-trigger shifting isn't quite as intuitive for small riders as some other options. Doesn't need a double chainset and would be better without one. Brakes limit use to on-road only.

Everything is good quality and will outlast the user being the right size.

Rate the product for weight, if applicable:
9/10

8.5kg is very light for a 24-inch-wheeled junior bike.

Good ride position, levers are usable but shifting not the easiest.

£400 puts it in direct competition with Islabikes and Forme. It's a good bike for the money but you can get a bit more elsewhere.

It performed well. There are some aspects that I'd probably change but it's a very usable kid's racer.

Did you enjoy using the product? Joel did, yes.

Would you consider buying the product? If I was going to spend £400, I'd probably get the Islabikes Luath 24 or the Forme Formeula.

Would you recommend the product to a friend? As above

It's a good bike and it's good to see the range of options for youngsters increasing. But if you're competing against an Islabike at whatever price point, you need to make sure it's at least as good a bike, if not better, and the HOY doesn't quite stack up against that, or some of the newer rivals. 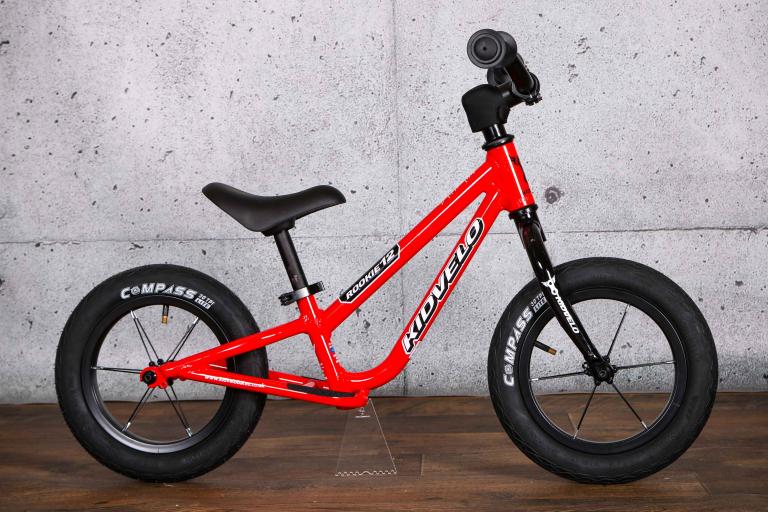 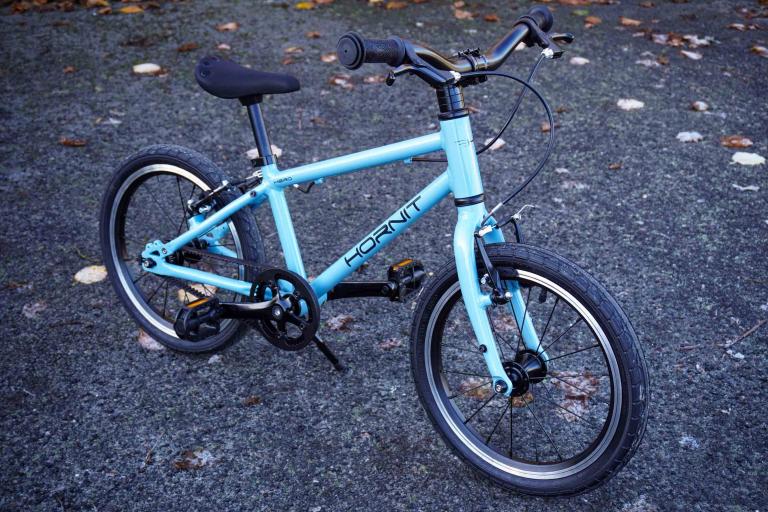 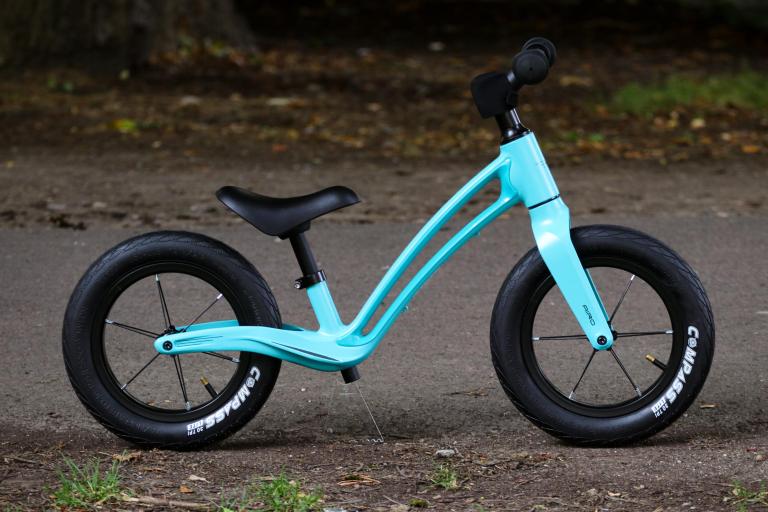 Superb introduction to life on two wheels – well made, looks the part and is fun to ride 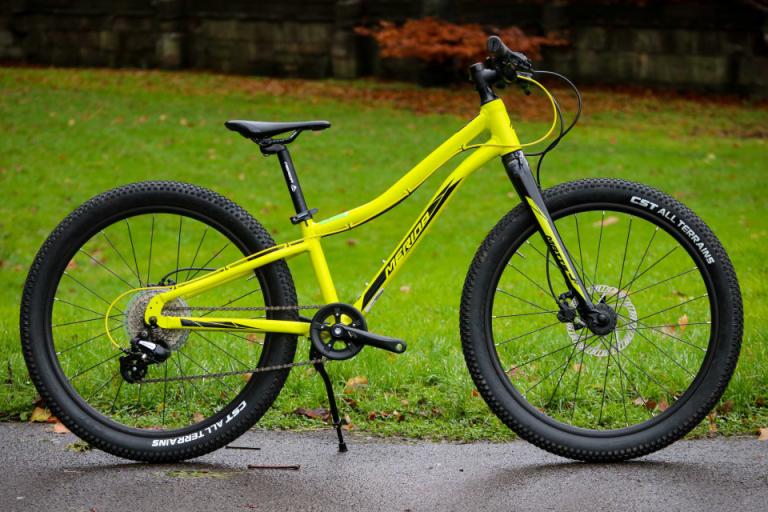 apable and confidence-inspiring bike with good spec, but high-ish weight and price