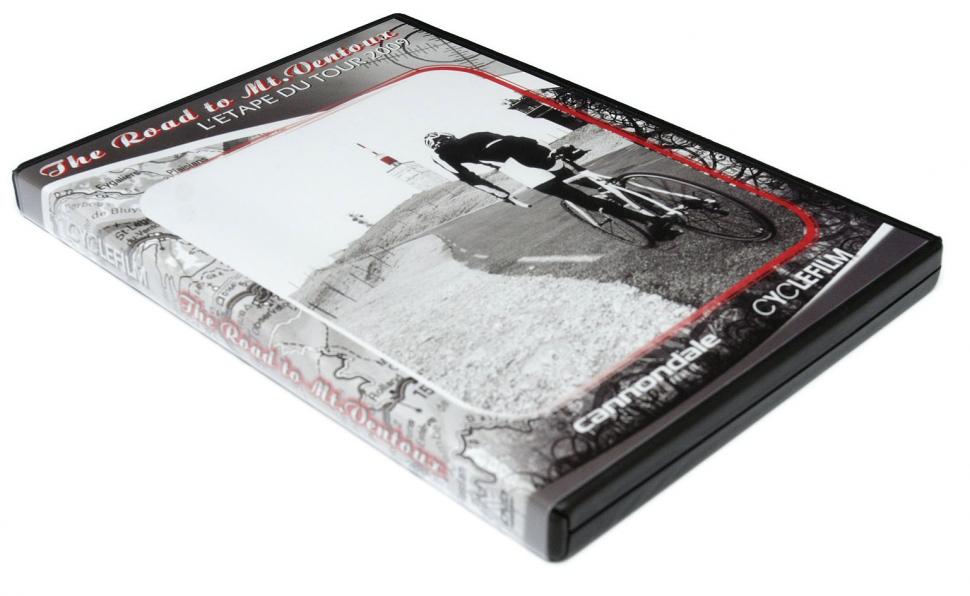 The Road to Mt Ventoux DVD

8
10
Money well spent if you're riding the Étape in 2009
Weight:
0g
Contact:
www.cyclefilm.com
What the road.cc scores mean

If you're off to the Étape in 2009 then you'd do well to go prepared, because the Ventoux is a hard climb – the hardest in France, if Lance is to be believed. This DVD from Cyclefilms, their third Étape recce, will certainly help: it's well put together and gives a really good flavour of the ride and the area.

The meat of the DVD is a 93-minute route guide which follows Cannondale's sportive-meister Mike Cotty on the 172km ride from Montélimar to the top of the giant of Provence. Filmed over two days in October, it gives a well rounded impression of what you'll be facing next July if you take up the challenge.

There's a walk round the start town (which wouldn't be complete without a trip to a nougat shop) followed by a detailed look at the riding. There's really useful commentary on how the road conditions are likely to effect the ride – lots of narrow D-roads coupled with a fairly flat profile should mean that the ride takes longer than usual to break up – and good descriptions of all the climbs along with full-length (but speeded up) videos of each one in the specials menu.

The route certainly looks like it'll be pretty special, though you might not be thinking that on the second-last climb, a rotten-looking main road grind with the Ventoux still depressingly distant. Once you're over that it's just the big one to go: 22km at 7.8% is a big ask with 150km already in your legs, especially when you learn that the first seven clicks are pretty shallow and then you don't get much change out of 10% for the next nine. A couple of flatter kilometres take you past Chalet Reynard and then it goes lunar for 4km of steep stuff until the summit.

Having ridden the Ventoux myself it was good to hear a lot of what Mike was talking about on the climb striking a chord, though the sight of him chatting away while yomping up the climb twice as fast as me was enough to have me weeping into my cheese and crackers. As well as the riding itself there's plenty of good advice on bike spec, clothing and nutrition – all stuff you'll probably have heard before, but that doesn't make it any less true and it's good to be reminded.

There's not a lot to dislike, really. If i have one major gripe it's that the bullet cam footage of the climbs is speeded up too much, meaning that you don't get a very good feel for how the climb goes, and there's no real reason for them to be so fast. It's not cheap at £16.99, but it's money well spent for a well-researched and informative look at the 2009 route, if you've booked your place.

Everesting - The Challenge for Cyclists: Conquer Everest Anywhere in the World

Explains the unusual history of the Everesting movement, and the stories of some who have attempted the fearsome challenge

Another unnecessarily difficult journey on an unsuitable bike by an ill-prepared rider: marvellous

Timely reminder that racism can pervade all aspects of life, including cycling