Eastway are back, with a focus on value for money including carbon road bikes and disc brakes
by David Arthur @davearthur

Eastway is back! Online retailer wiggle has relaunched the British bicycle brand (which first arrived back in 2012) with a focus on affordable road bikes and a range that includes carbon fibre bikes with or without disc brakes, and aluminium cyclocross, track and urban hybrid bikes.

It’s a complete overhaul of the brand. Same name, new bikes. And new direction as well; wiggle is repositioning the brand, aiming the bikes at those cyclists looking for lots of performance, whether for tackling sportives or commuting, with an emphasis on smart design and high-value equipment. 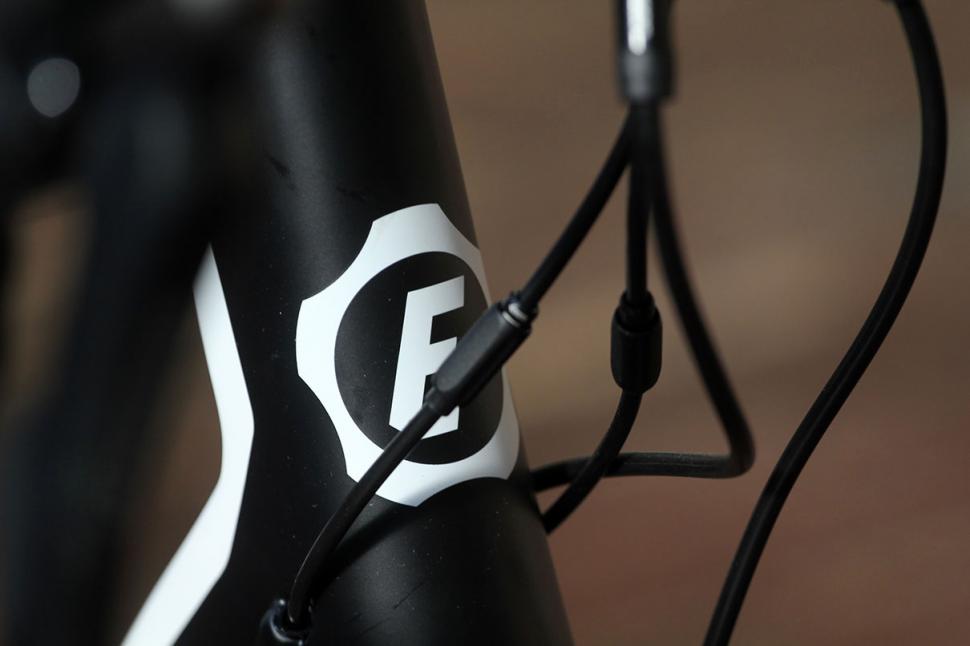 A little history. Eastway was the name of a purpose-built road cycling venue in east London, first opened in 1975. It was hugely popular, with weekly crit races attracting hundreds of racing cyclists. Eddy Merckx once raced around the circuit. I did my first road race there. Sadly, Eastway was bulldozed in 2006 to make way for the London 2012 Olympics, but the name was revived when in the same year the Eastway name first appeared on a range of bikes.

The bikes were generally well received, and an early adoption of disc brakes gained them some popularity. It's all change now, though, wiggle owns the brand and it has completely relaunched the brand with a range that includes a carbon road bike, carbon disc road bike,  aluminium track bike, aluminium cyclocross bike and a commuter bike. One thing to get out in the open first is the naming convention for the bikes. Loosely keeping with the circuit theme, Eastway has taken names from electrical circuit boards for each of the models. So there’s the Emitter, Zener, Balun, Esaki and Flyback. The company has also used graphical elements from these names and used them across the models.

First up is the Emitter. There are four models in this range, priced from £950 up to £2,200. Each bike has the same unidirectional carbon fibre frame and fork with modern details such as internal cable routeing, BB86 press fit bottom brackets and tapered head tubes. There’s a 27.2mm seat post for added comfort and compact chainsets feature across the range. wiggle claims a frame weight of 1kg for a 56cm. wiggle has worked hard to offer the bikes with respected components from well-known brands and admits it could have saved money by using cheaper own-branded components. But it wants to give the customer a really well specced bikes, so it's full Shimano groupset and Ritchey and Fizik parts across the entire range. 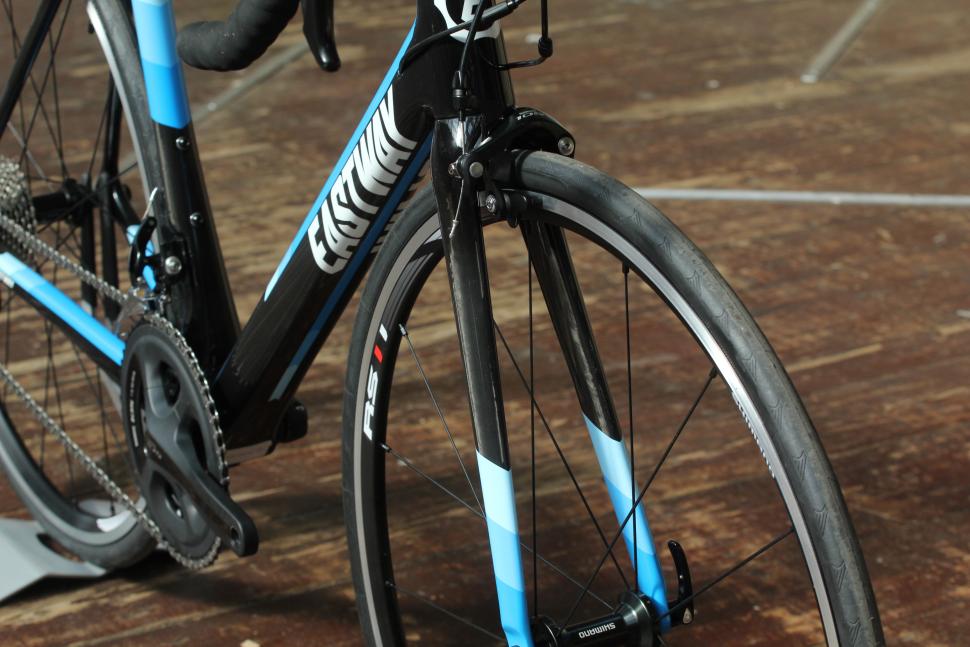 The Emitter R4 (£950) has a Shimano 4700 groupset (and it’s a full groupset, no cost-cutting cranks or brakes) with Ritchey aluminium finishing kit and 25mm Continental Ultra Sport tyres on Shimano RS11 wheels. 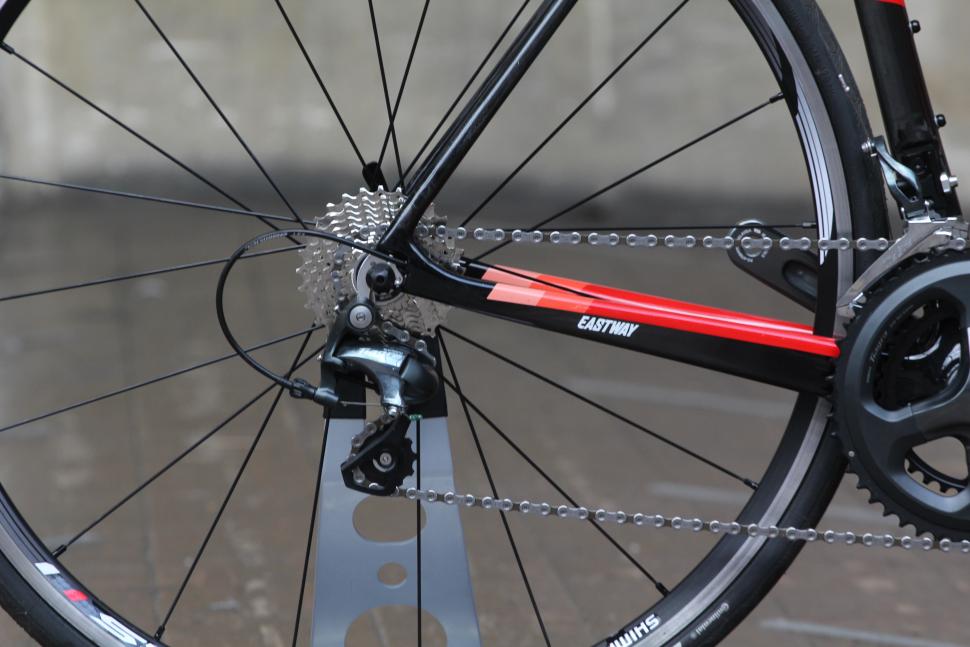 The Emitter R2 (£1,600) gets a Shimano Ultegra 6800 11-speed mechanical drivetrain with Mavic Aksium wheels and 25mm Continental tyres, and the same Ritchey Comp finishing kit as the bike below it in the range. Rounding out the range is the Emitter R1 (£2,200) which features a Shimano Ultegra Di2 groupset with Mavic Ksyrium Equipe wheels and 25mm Conti tyres. Ritchey finishing kit again but upgraded to WCS Carbon stuff for a bit more bling and a bit less weight.

If you’re after a disc-equipped road bike, then you’re in luck, the Zener is for you. It takes a carbon fibre frame and fork with similar details to the Emitter, but adds disc brakes and bigger tyre clearance - all bikes in the three model range are fitted with 28mm tyres, but you can probably go a bit wider depending on rim and tyre setup. 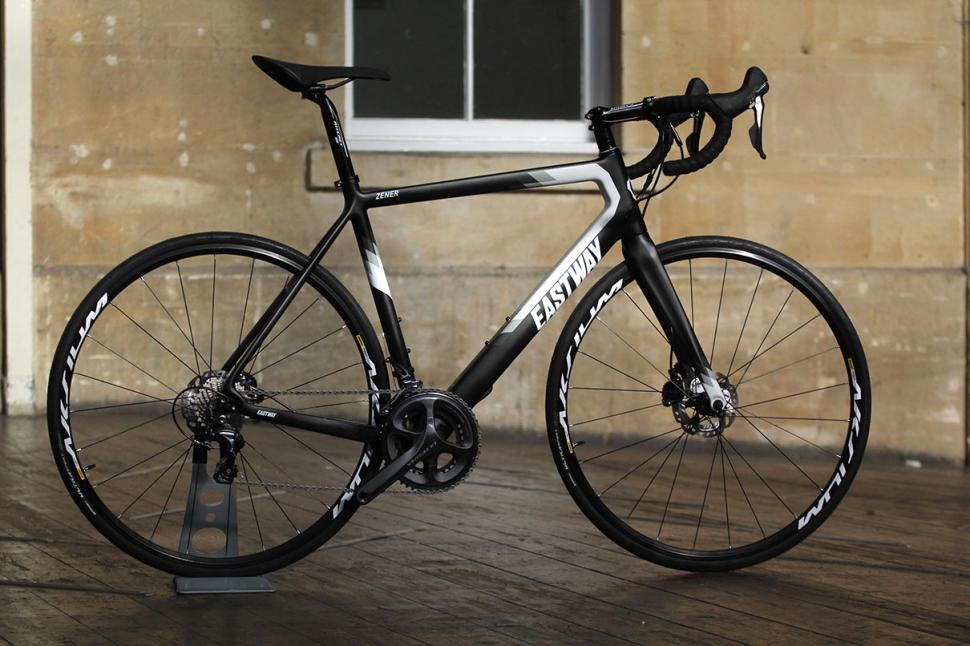 wiggle has played it safe with regular quick release axles, rather than thru-axles, which is no bad thing until the debate around axle standards on disc road bikes settles down. It’s also to do with wheel choice at this price range too, there simply isn't a huge amount of wheel choice for disc brakes and thru-axles at the moment. The Zener D2 (£1,300) takes the same frame and fork but upgrades the specification to Shimano 105 11-speed and hydraulic disc brakes, with 140mm rotors on Centrelock Shimano RX10 hubs. 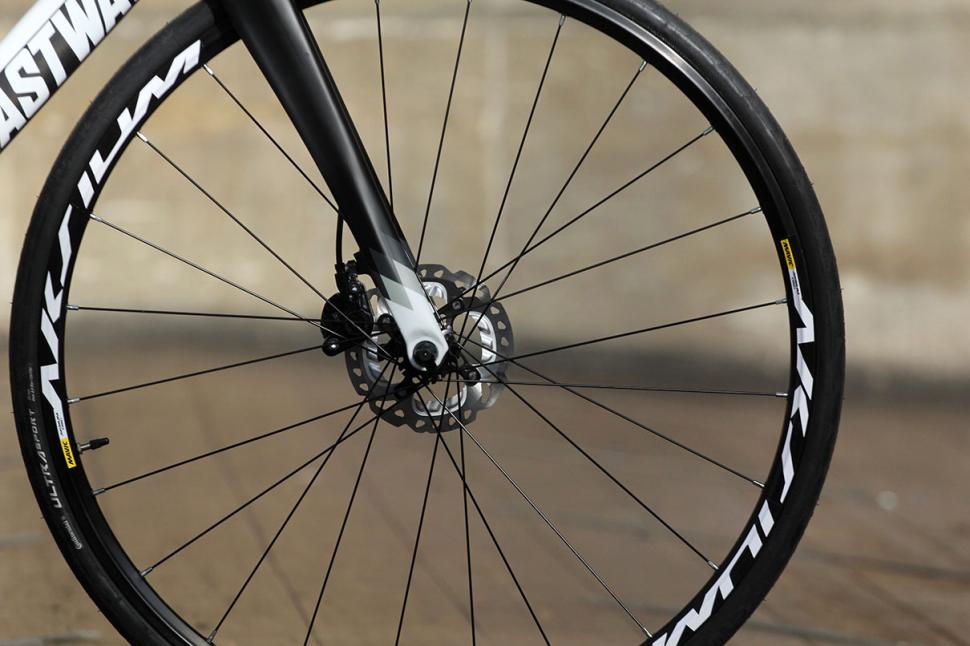 Topping the range is the Zener D1 (£1,800, pictured) which is specced with a Shimano Ultegra 6800 groupset and BR785 hydraulic disc brakes. Wheels are Mavic’s Aksium One Disc with Continental Ultra Sport 28mm tyres. Ritchey Comp finishing kit and a Fizik Aliante saddle rounds out the package.

With the cyclocross season in full swing, here’s the Balun, an aluminium cyclocross bike with disc brakes and a very chunky carbon fibre fork. Gear cables are sensibly routed along the top tube while the rear disc hose passes along the chainstay and up the down tube. The Balun C2 (£850) features a 6061 custom butted frame with a tapered headtube and carbon fibre fork. The Balun C1 (£1,100) uses the same frame but with a Shimano 105 groupset and Shimano’s BR505 disc brakes, a mechanical setup. There’s an FSA Gossamer Pro chainset with cyclocross-friendly 46/36t chainrings and out back is an 11-28t cassette. Tyres are same as the cheaper bike and finishing kit is all from the Ritchey Comp stable. There’s not a huge market for track bikes but wiggle have decided to add the Esaki to the Eastway range. It’s a lovely looking bike, the combination of paint and polished metal working a treat. Underneath is a custom-drawn 6061 butted aluminium frame and it’s dressed with smartly chosen components and proper track handlebars. And yes, it’s supplied with a front brake. It’s not pictured with one because unlike a lot of track bikes, this one has actually been designed for the track, not for riding the streets around Shoreditch. Though of course there’s nothing to stop you doing that with it. It costs £600. The last bike in this range overview article is one aimed squarely at commuters and urban cyclists. The Flyback has an aluminium frame with a carbon fork, disc brakes and internal cable routeing. We didn’t get to have a spin before the wiggle guys packed it in the back of the van, but it’s meant to be a lot of fun to ride. 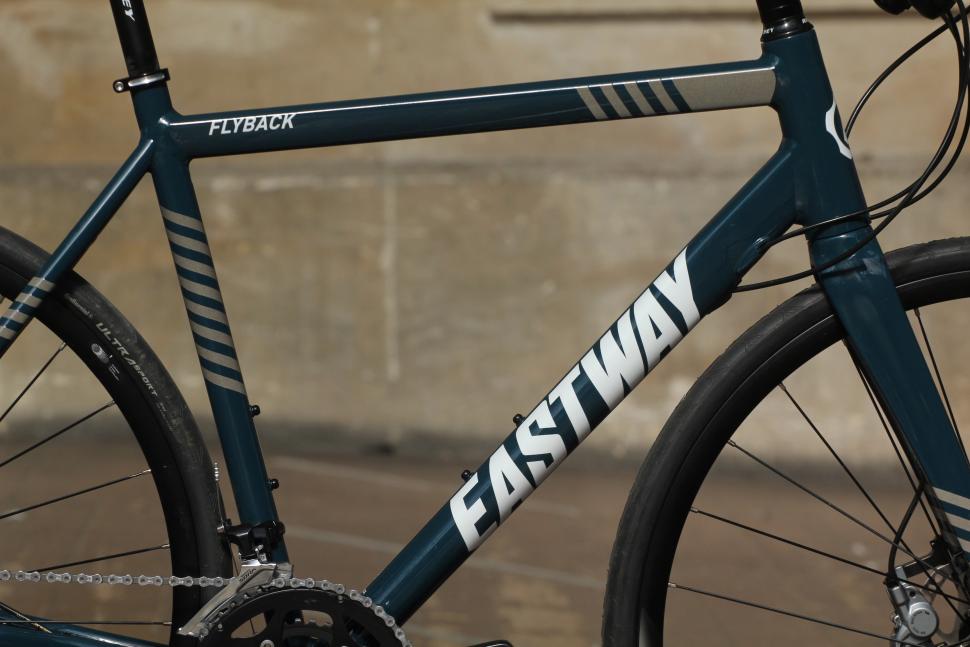 A really smart detail is the use of reflective graphics, that should help to ensure you stand out on the roads. The Flyback costs £600 with Shimano Sora and Deore LX disc brakes and Ritchey parts and £800 with Shimano Tiagra components.

You’ll be able to see the full range (soon) at www.wiggle.co.uk/eastway/