Rouleur Classic 2015 preview: A taster of what you can see at the premium bike show

A plethora of top-end bikes, equipment and stars from the cycling world will gather in London on 19-21 November
by David Arthur @davearthur

The inaugural Rouleur Classic bicycle show takes over Vinopolis, London, on 19-21 November, and to give you a taste of what you can expect to see at the show, here’s a look at what some of the exhibitors will be displaying, from Lizzie Armitstead’s custom Specialized to a Canyon concept bike and SRAM’s new eTap wireless groupset.

What is the Rouleur Classic?

The Rouleur Classic is aiming to be different to all the other shows, such as the London Bike Show and the Cycle Show at the NEC. It’s unashamedly aimed at the premium end of the market, says Gruppo Media’s (the company that publishes Rouleur) Managing Director Bruce Sandwell in an article on the Huffington Post.

He says: “I wanted to create an event that was based in central London, in an interesting venue, focused 100% on my passion for road cycling, with the attending brands, seminars and talks to all be about performance and the premium end of the market. The show should have more in common with an art exhibition than a bike show, looking amazing and having the very best content.”

What can you see?

Here’s a preview from some of the exhibitors. We don’t want to give it all away though, this is just to whet your appetite.

To showcase its latest CAAD12 aluminium road bike, Cannondale will be displaying this marvellous custom painted bike. You can see an Instagram video of it here. “The custom CAAD12 is being built for the Rouleur classic because many customers have historically built high end aluminium Cannondales with serious kit into super bikes, so Cannondale wanted to explore this process and see what was possible,” the company told road.cc

The custom bike started off with a stock 2016 CAAD12 105 bike, then was stripped of all the components, and the frame was removed by M&M Metal Finishers and then handed over to Fat Creations in Chichester. they spent over 50 hours applying a design produced by CSG's Graphic Designers Rob Knowles, who took inspiration from  Cannondale Garmin Team rider Andrew Talansky’s stars and stripes time trial Slice RS he rode this season at selected events, with a nod to the Cannondale’s aluminium heritage, there is some exposed brushed metal. 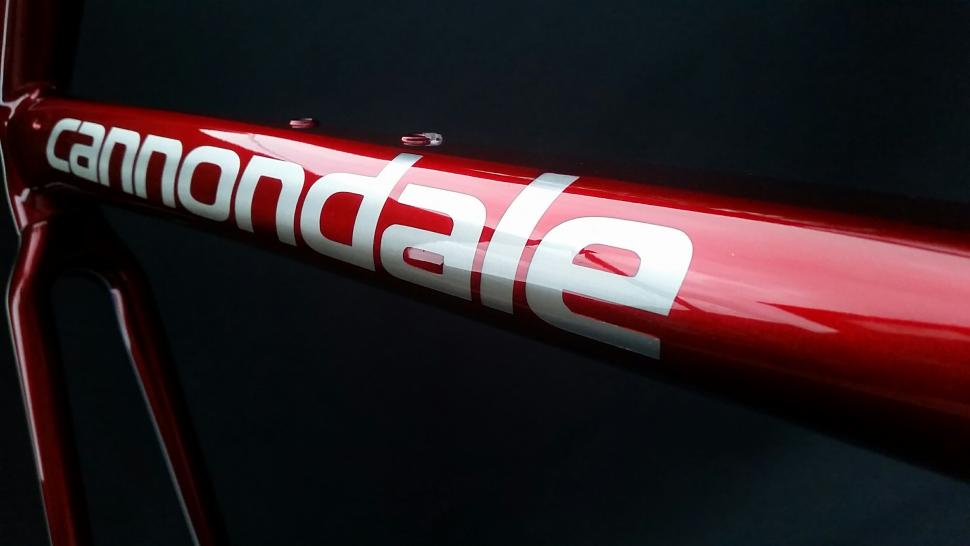 The bike will be finished with Cannondales own Hologram chainset and colour matched stem, with Fabric ALM saddle and tape, Enve bars, seat post and rims on Chris King hubs and Dura Ace mechanical shifting and braking. 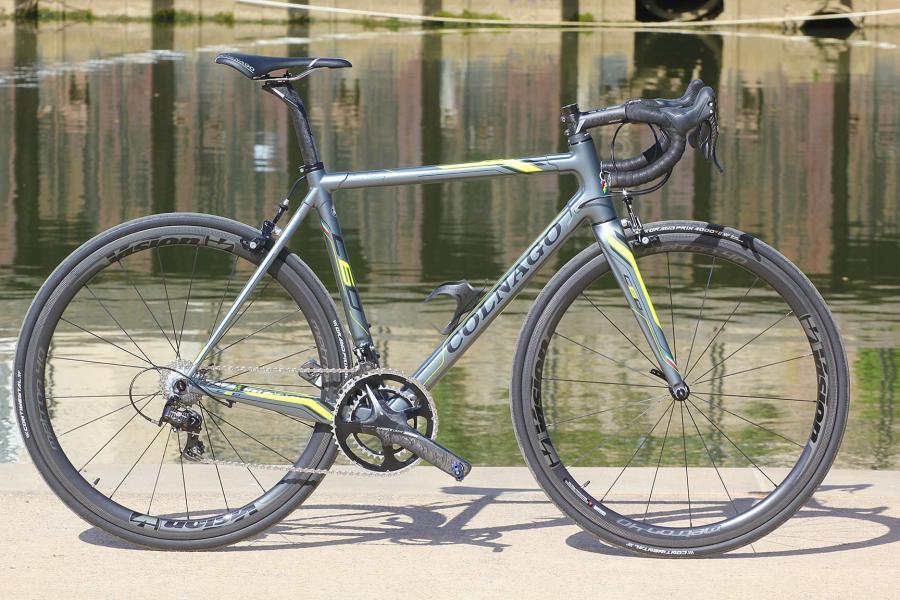 Ernesto Colnago himself will be at the show, a rare chance to meet the boss of one of the most iconic brands in cycling. As well as that, Colnago will be displaying a wide range of its newest models, including the C60 Italia Disc, C60 Classic, V1R Limited Edition, C60 Limited Edition and the Arabesque steel bike with Campagnolo 50th Anniversary Group set. 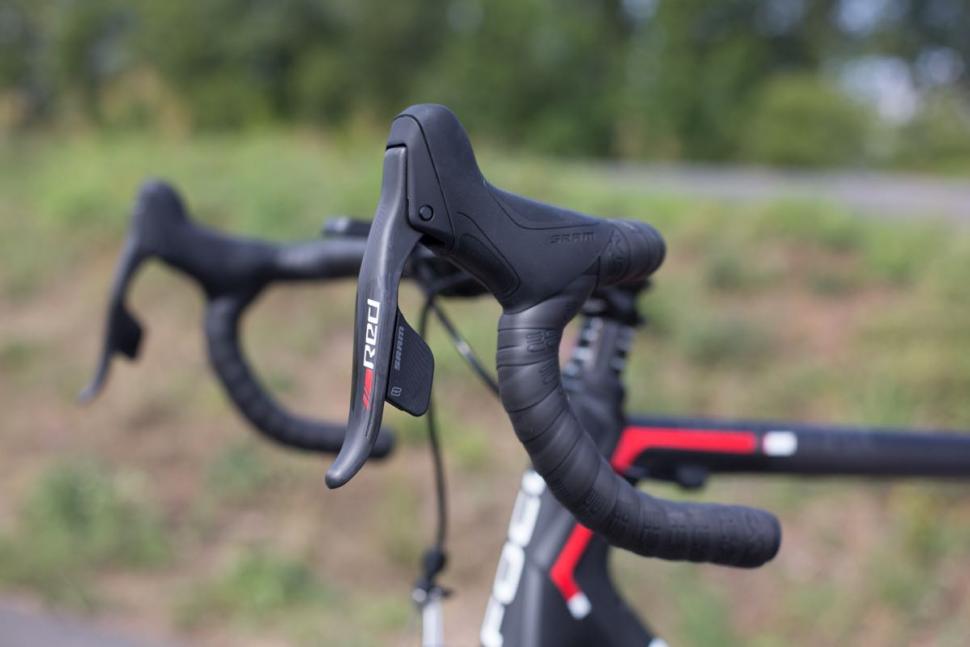 The most hotly anticipated new groupset is SRAM”s eTap wireless groupset. It will be on show at the Rouleur Classic, one of the first times it’ll have been seen anywhere in the UK this year. SRAM will also be showcasing its current groupsets, including its Rival and Force 1x groupsets, hydraulic disc brakes and new Zipp NSW wheels. 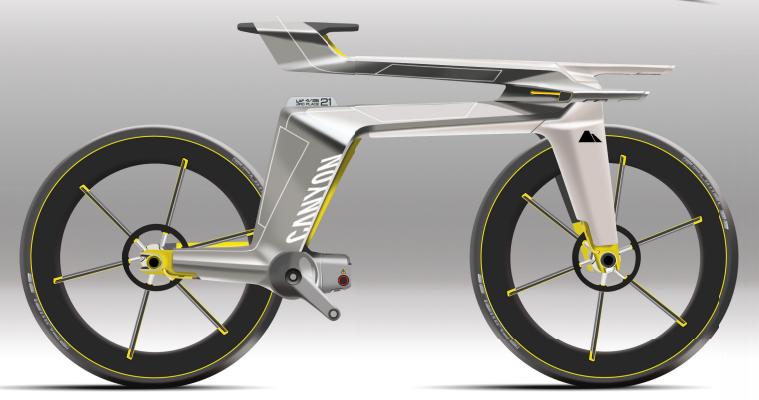 Canyon will be bringing its stunning EcoSpeed concept bike to the show, which we told you about the other day. 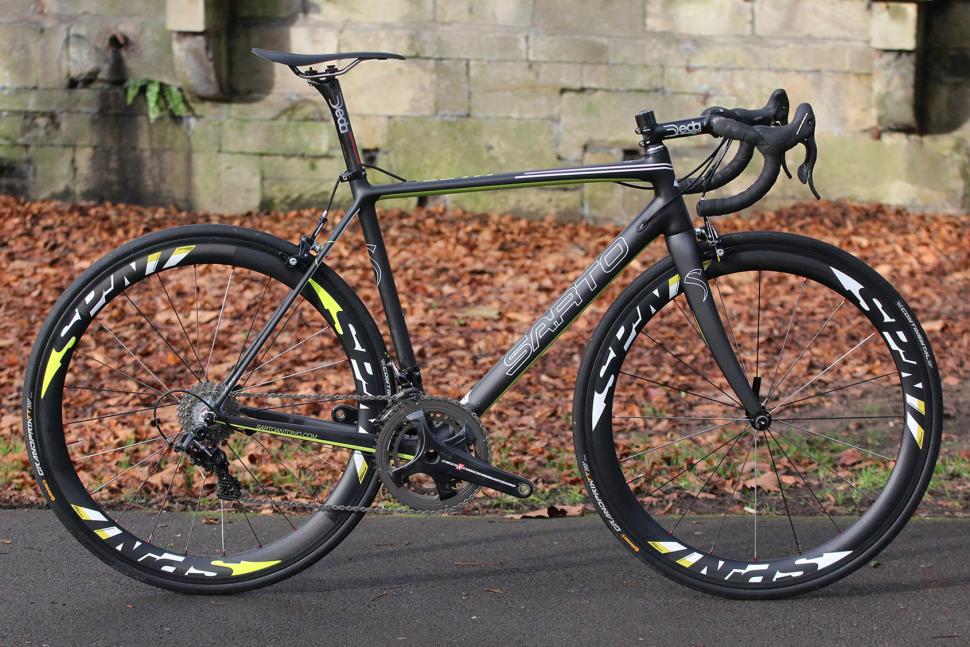 Italian bespoke frame builder Sarto will be at the Rouleur Classic and showcasing its 2016 Seta model, the lightest frame in its quiver of road bikes. The bikes come with a premium price tag, this Seta costs £3,800 just for the frame, but you have to remember you're getting a fully bespoke Italian made carbon fibre frame. For 2016 Kinesis has massively increased its disc brake offering, with even the race-ready and superlight Aithein now available with disc brakes. The aluminum frame has been beefed up in key areas and uses the Flat Mount standard for attaching the disc brake calipers to the frame and carbon fork. There’ll also be the new GranFondo Titanium Disc bike and Crosslight CXRace, an aluminium cyclocross bike built purely for racing. 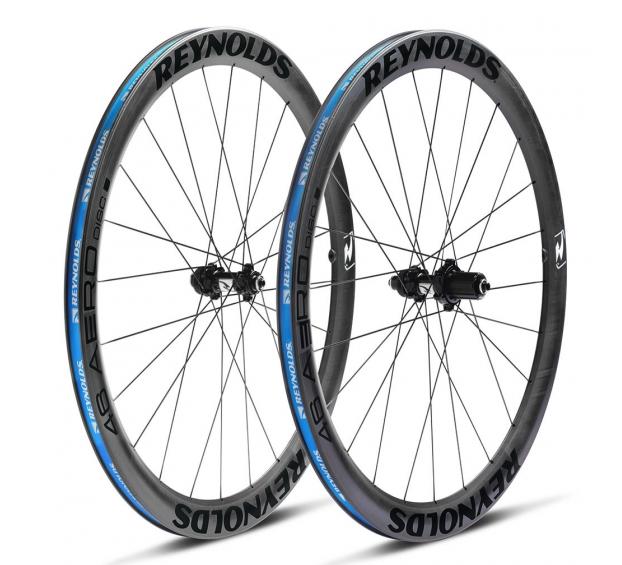 Reynolds Cycling founder Paul Lew will be at the show and his rare visit to the UK will provide a good opportunity to pick his brains about carbon fibre wheel design and aerodynamics. On show will be the latest wheelsets, including the 46Aero Disc and Assault Disc wheels. Swiss clothing company X-Bionic will be on hand to show you its state-of-the-art knitted cycle clothing, including a new Symframe Jacket. This jacket is literally bursting with technology, and includes a SpaceFrame Technology and symbionic  membrane, which is designed to “transport sweat out of the jacket as vapour”. 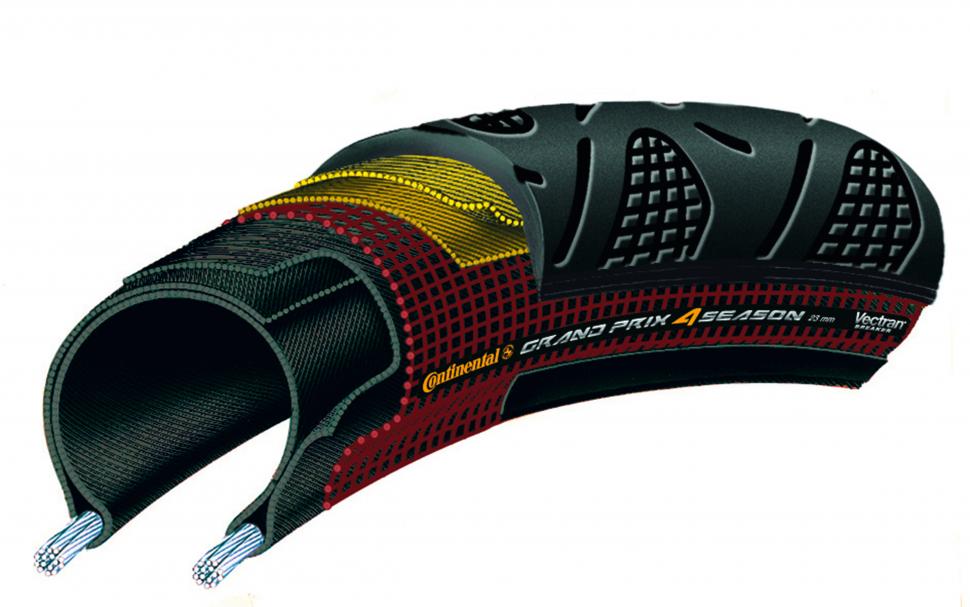 German tyre manufacturer Continental is going wide in 2016, and will be showcasing its new 28mm Grand Prix GT and the Grand Prix 4 Season, now available in 23, 25, 28 and 32mm width options. Continental has recently signed a deal to supply Team Wiggins with tyres next season. Wheel brand EDCO is showing its new 2016 range of carbon fibre wheels with improved profiles and better braking technology. The Aerosport series is the core model in the company’s range, with the Gesero a highlight. It’s 65mm deep with an on-trend U-shaped rim profile and 26.5mm width, and features a new low temperature braking surface that is claimed to offer very good wet weather braking performance. Prices start at £549 and rise to £2,099, with a dedicated UK service centre and crash replacement programmed starting in 2016.

Campagnolo won’t be bringing its new wireless groupset or hydraulic disc brakes to the show, but it will be showing its latest Super Record and Record EPS V3 groupsets, which can now be synced to a smartphone so you can tune the way the groupset shifts and perform diagnostics. Besides groupsets, Campagnolo will have its latest line of Bora wheels. 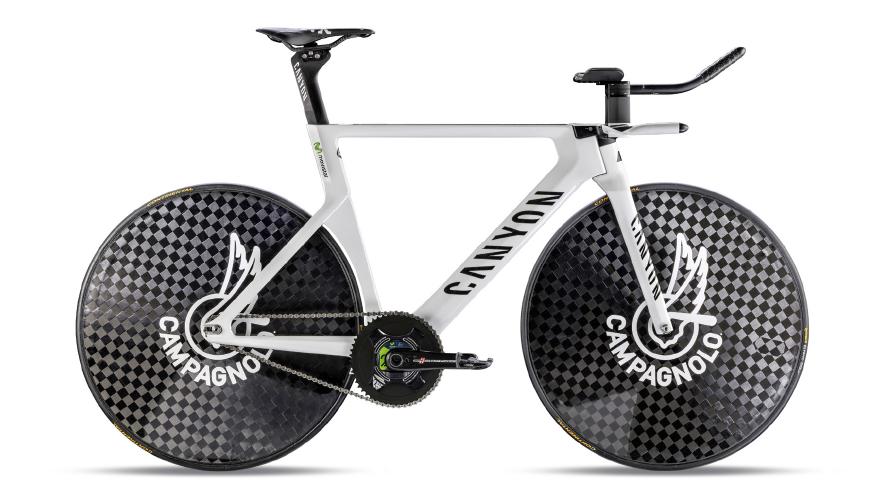 The second-fastest Hour Record bike in the world, Alex Dowsett’s Canyon Speedmax, will be displayed on the Campagnolo stand. It’s a proper head-turning bike and rolls on Ghibli wheels, hence the reason it’s in the Campagnolo booth.

Yes that’s right, the Wattbike now has a smartphone app so you can link up the static trainer to your phone during workouts. The app also lets you do some neat tricks like analysing pedalling technique and receiving advice from Wattbike experts. Wattbike will also have two bikes linked up to a big screen, so you can see how you match up to some of the pros. 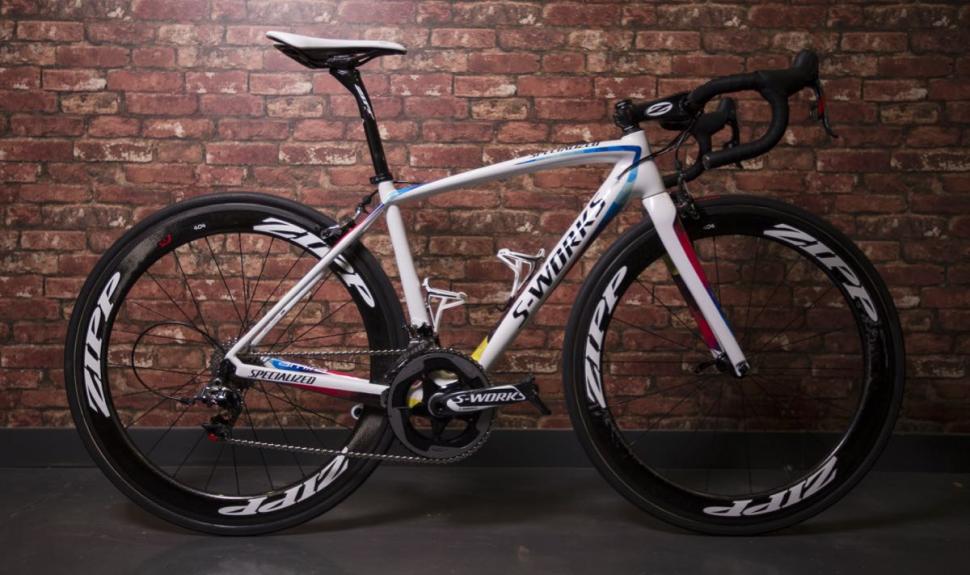 SRAM will be displaying a replica of Lizzie Armitstead’s world champion winning Specialized Amira. Not quite as good as the real thing, but it’s practically identical. It’s equipped with a SRAM Red groupset, Zipp wheels and handlebars, stem and seatpost. 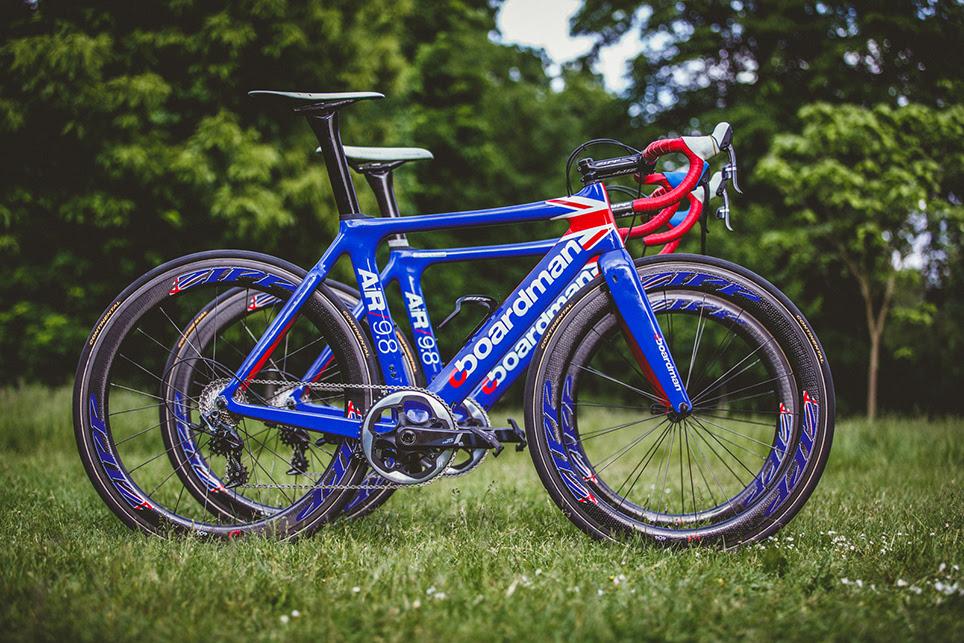 Another replica pro race bike, this time Alistair Brownlee’s Boardman Air 9.8 with a custom Union Jack paint job and matching wheel decals. The Brownlee’s have racing with SRAM’s new Force 1 groupset this year, and even won a race on it.

Yes, as well as the shiniest bikes and components on display, the Rouleur Classic Theatre will be hosting interviews and presentations with leading figures in the cycling world, including Eddy Merckx, Mario Cipollini, Fabian Cancellara, Lizzie Armitstead and David Millar.

More details about the show here http://rouleurclassic.cc/ Tickets cost from £40 up to £175.