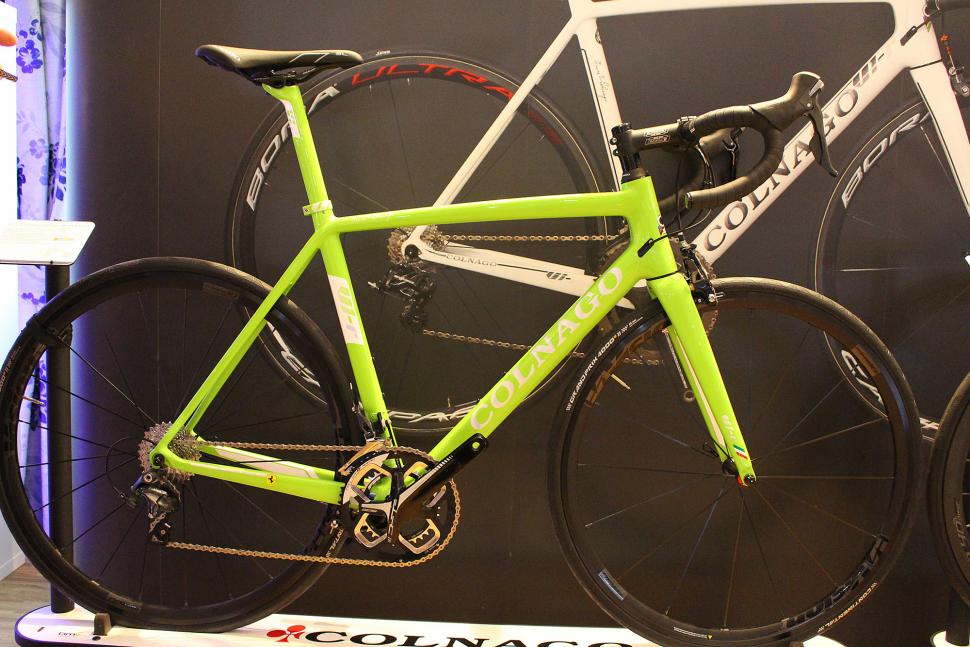 2016 models from Kinesis, Raleigh and Light Blue too
by Mat Brett

We’ve spent time at a couple of UK bike trade shows this week and we’ve seen a whole load of new bikes and kit that we’re going to share with you. To start with, here are some of the most interesting bikes. 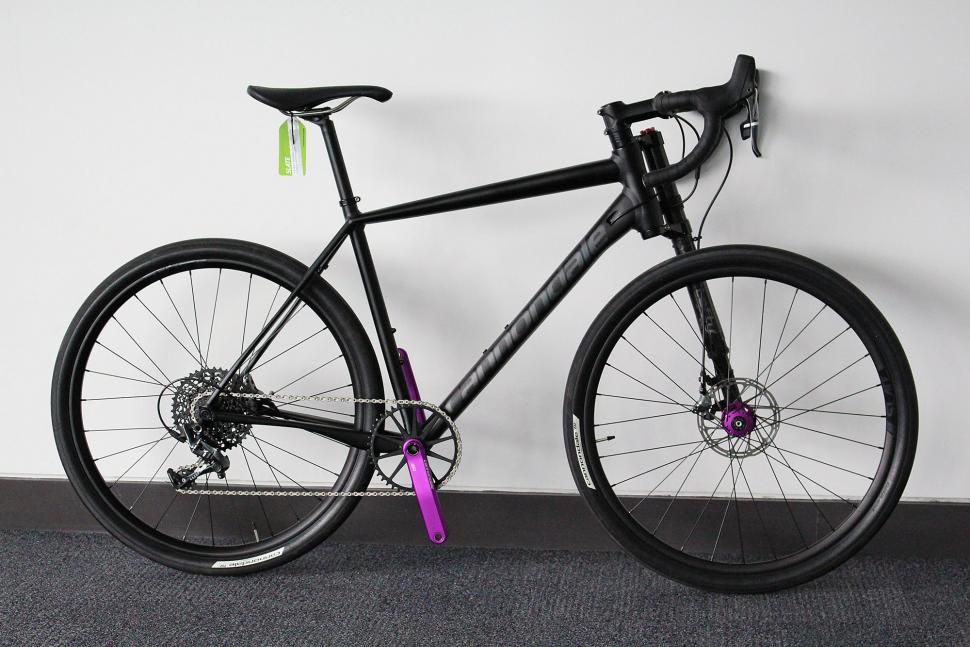 The Slate is the Cannondale bike that everyone is talking about at the moment, a gravel/adventure bike that we took for a First Ride at last year’s Eurobike. 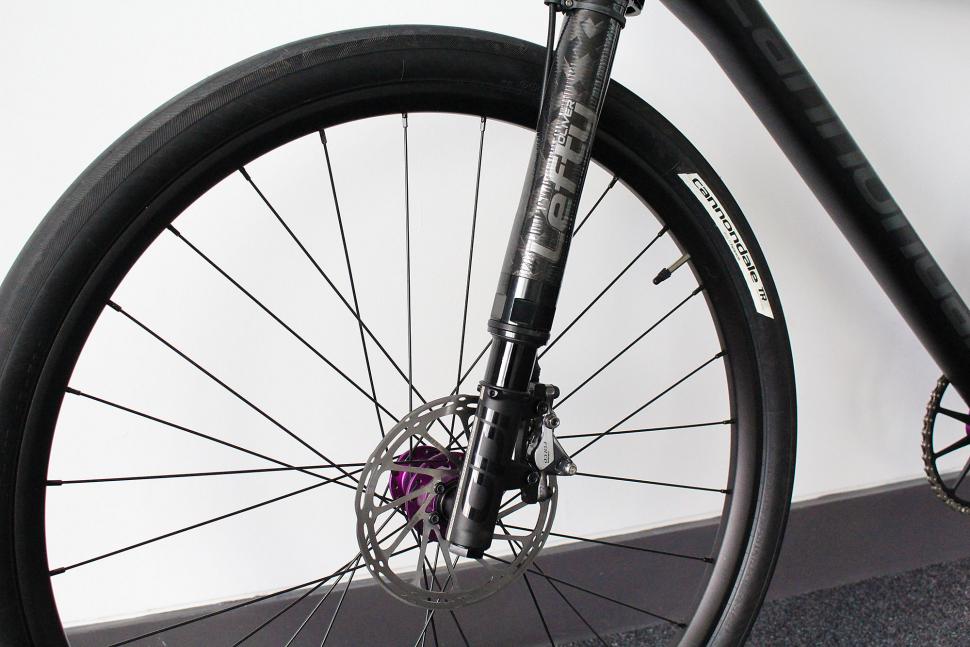 All of the Slates are built up with Lefty one-legged forks with 30mm of travel and a lockout option. This £2,999.99 model has a SRAM Force 1x groupset including hydraulic brakes. Purple anodising is making a bit of a comeback! 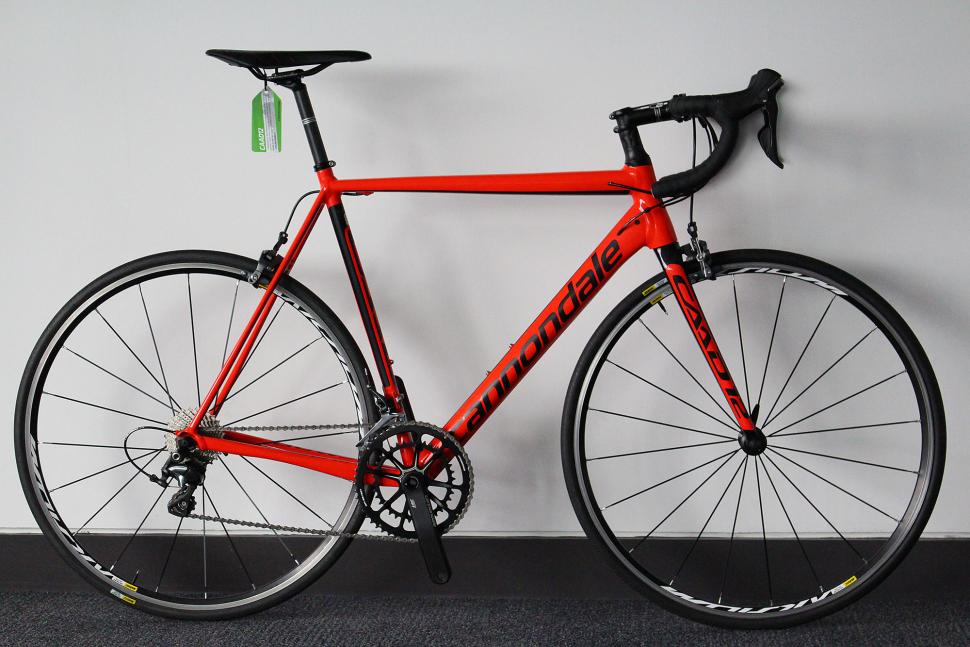 This is Cannondale’s new aluminium CAAD12 that we first told you about last year in its Ultegra 3 version (£1,699.99). 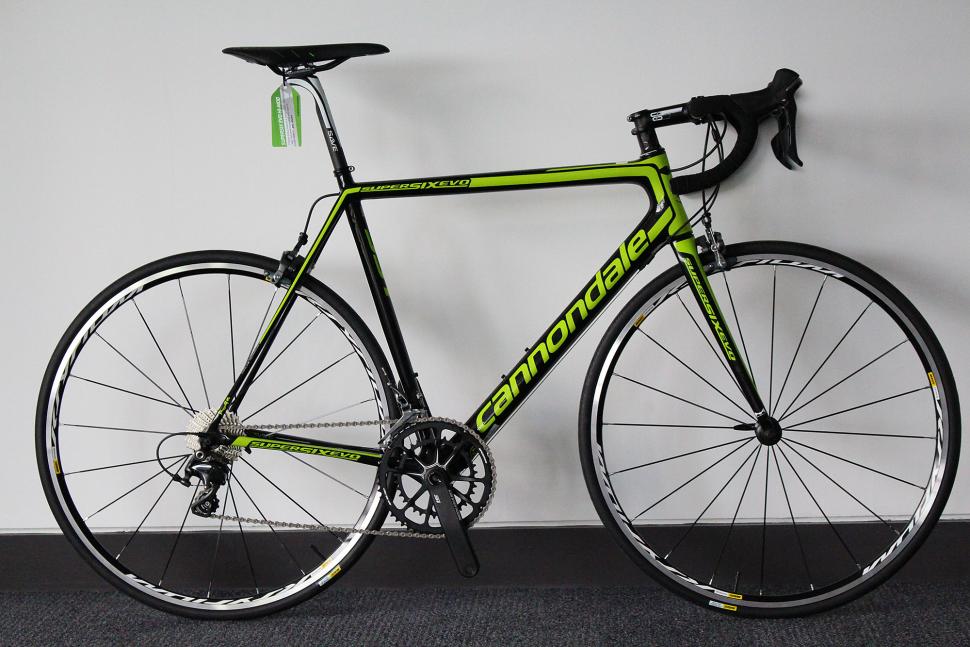 Cannondale launched a new version of its SuperSix Evo lightweight road bike last year. This is the Hi-Mod version in a Shimano Ultegra build with Mavic Ksyrium wheels. It’s priced £2,999.99 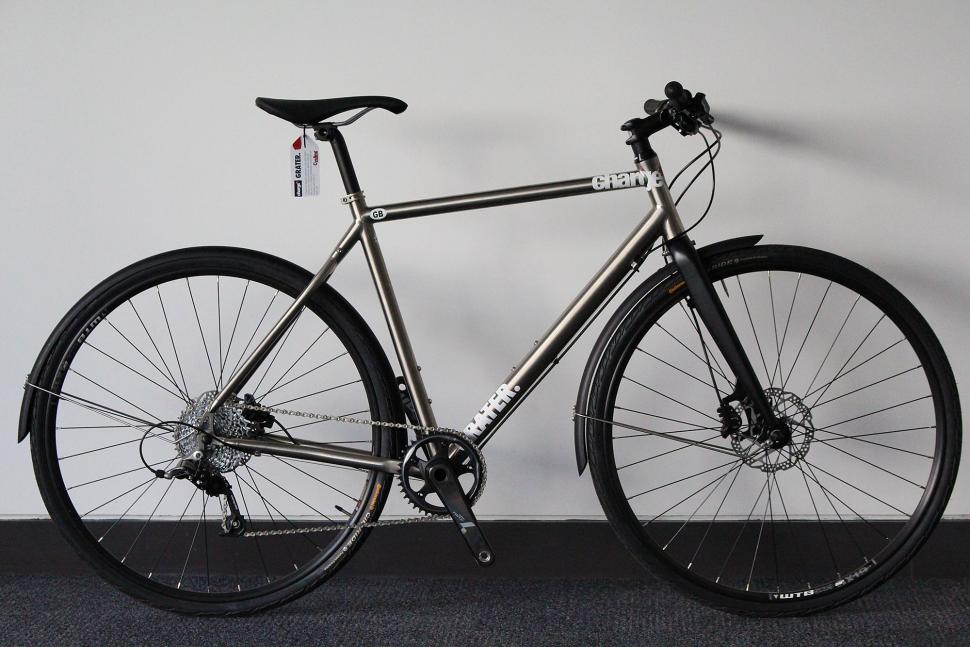 Charge is offering the titanium version of its Grater urban bike as a complete bike for the first time. 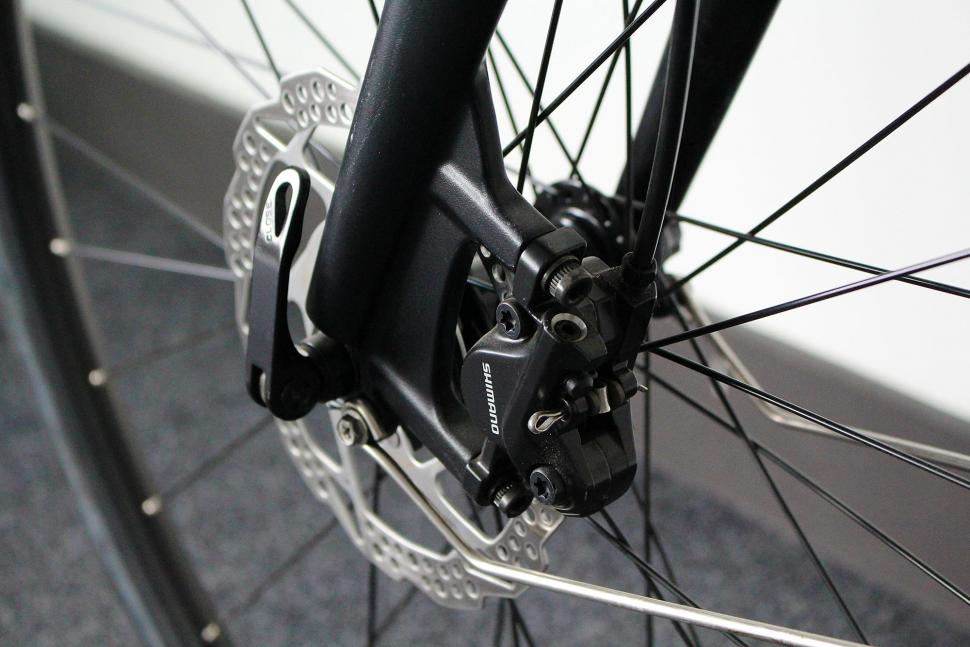 It is fitted with a SRAM 1x groupset and Shimano hydraulic disc brakes for £2,199.99. Full-length mudguards come as part of the package. The titanium version of the Plug is available as a complete bike for the first time too. The £2,499.99 Plug 5 has a carbon-fibre disc fork, a SRAM Rival 1 groupset, including hydraulic disc brakes, and Maxxis Roamer tyres in a 42mm width.

The Colnago V1-r isn’t a new frameset – we reviewed it here on road.cc at the back end of 2014 – but UK importer Windwave is now offering it in limited edition builds. 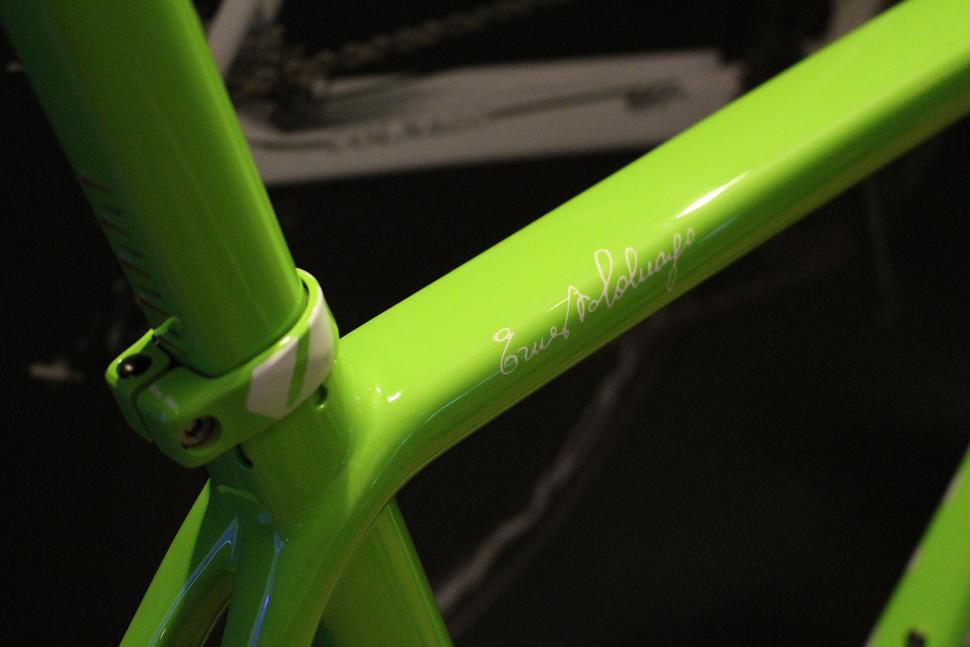 You can pick your colour from orange, light blue, green, pink and silver, and then choose between the Shimano Ultegra build you see here (£3,999.95) and the Shimano Dura-Ace Di2 electronic model. That one is much more expensive, though, at £9,499.95. Although it’s nominally an Ultegra build, the brakes are actually FSA’s new direct mount callipers and the chainset is from FSA too. Kinesis has an updated its Tripster ATR titanium frame. It takes flat-mount disc brakes and a thru axle, although you can take out the fittings and run a 9mm quick release skewer if you prefer. 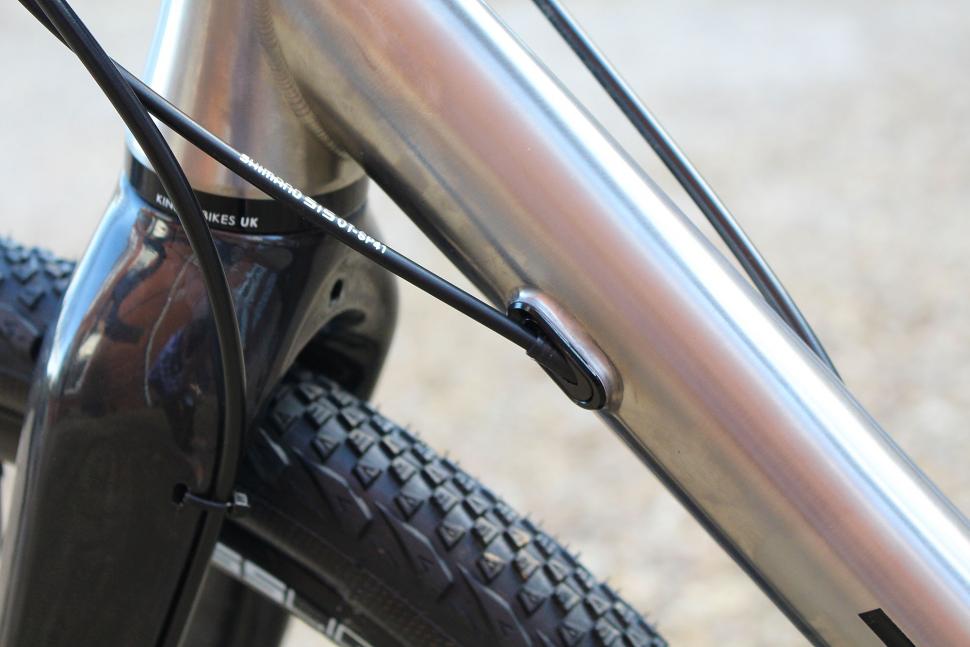 The frame also has internal cable routing, fixings for three bottle cages, and the slot at the top of the seat tube faces forwards rather than backwards to avoid water and mud ingress.

Kinesis reckons that you can fit a 43mm wide tyre in there, or a 40mm tyre if you have mudguards fitted. It’ll be available as frame only, or as a frameset with a new fork that’ll have internal cable routing (the bike pictured has a fork with external cable routing). No prices have been set yet although availability is set for October. 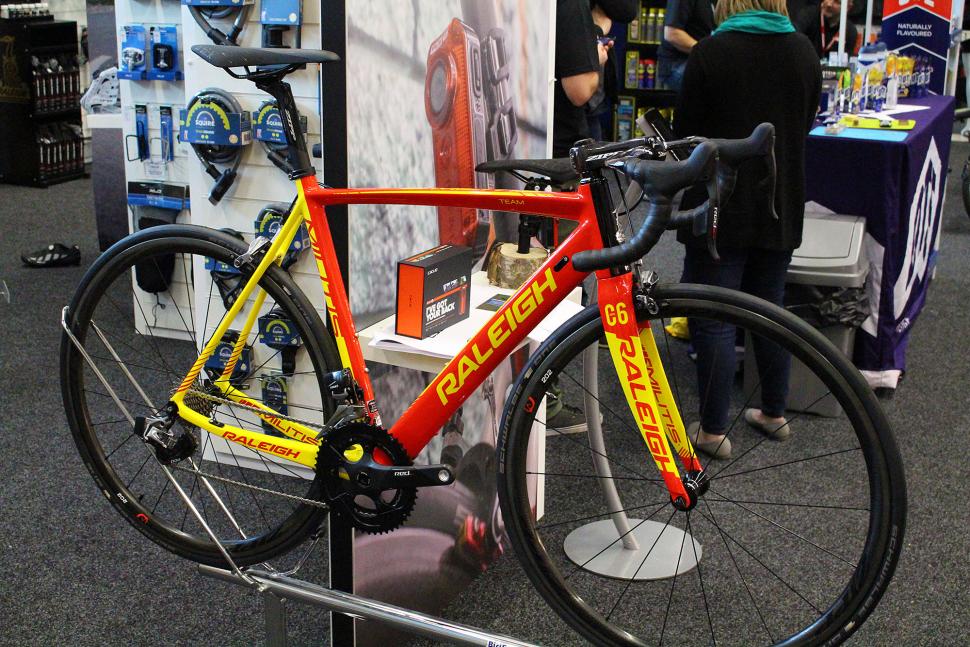 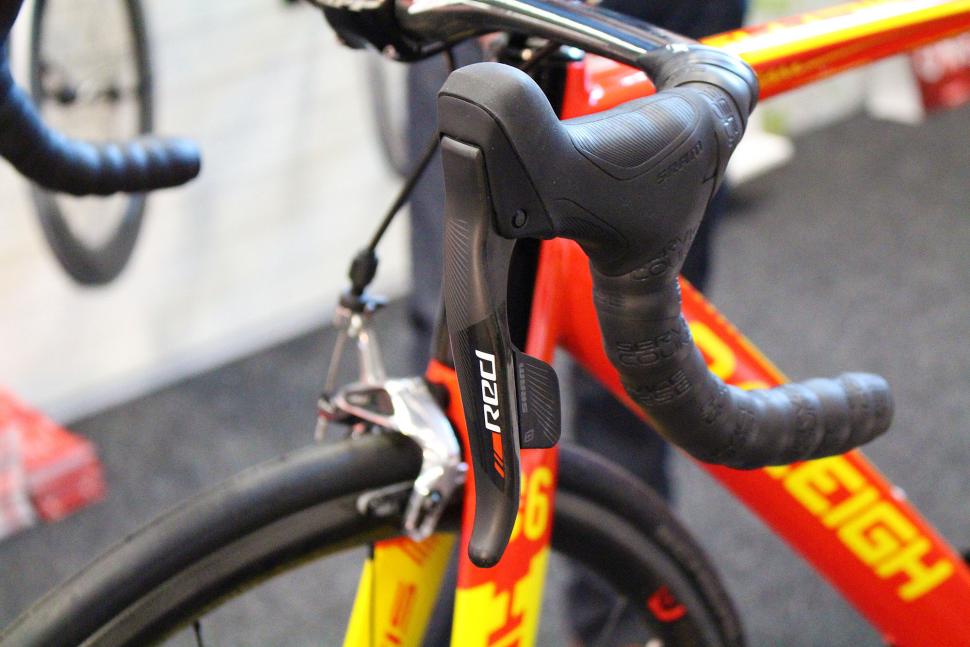 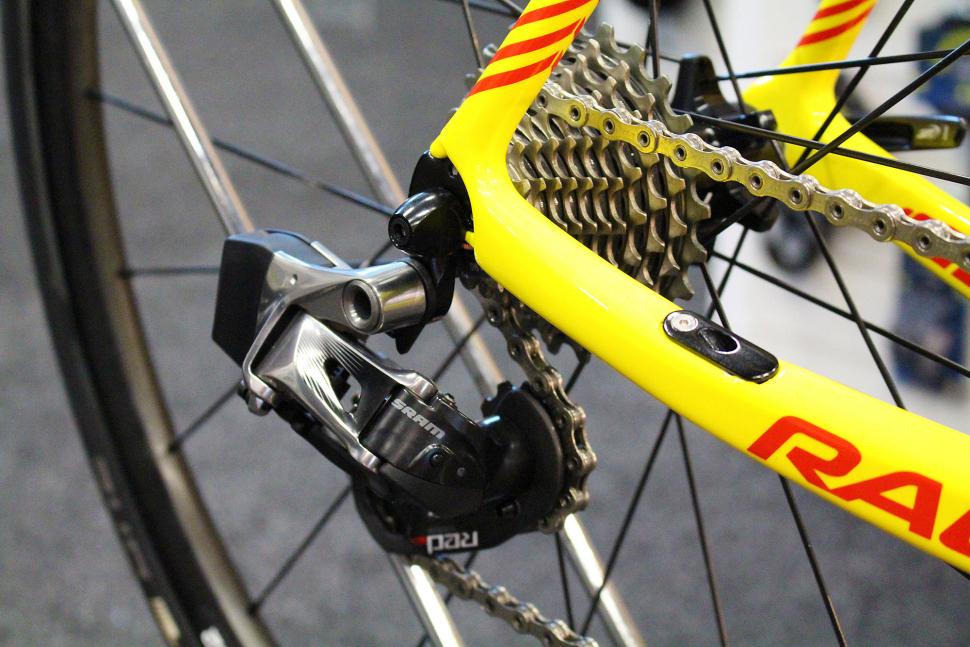 The bike is also fitted with Zipp 202 Firecrest wheels, Zipp Carbon SL-70 Aero bars, a Zipp Carbon SL Sprint stem and Zipp Carbon SL seatpost. A few of the details on the pictured bike aren’t quite right. The blanking plates for the redundant cable slots, for example, will be red to match the frame.

The claimed weight for the complete 55cm bike (without pedals) is 6.7kg (14.8lb). Only a handful of the bikes will be available in this build: SRAM Red eTap is in very short supply. It'll cost £6,000. Light Blue’s Darwin is TIG welded from Reynolds 725 steel and it’s designed for touring, adventuring, heading off the beaten track, riding on unfinished roads… you know the sort of stuff. 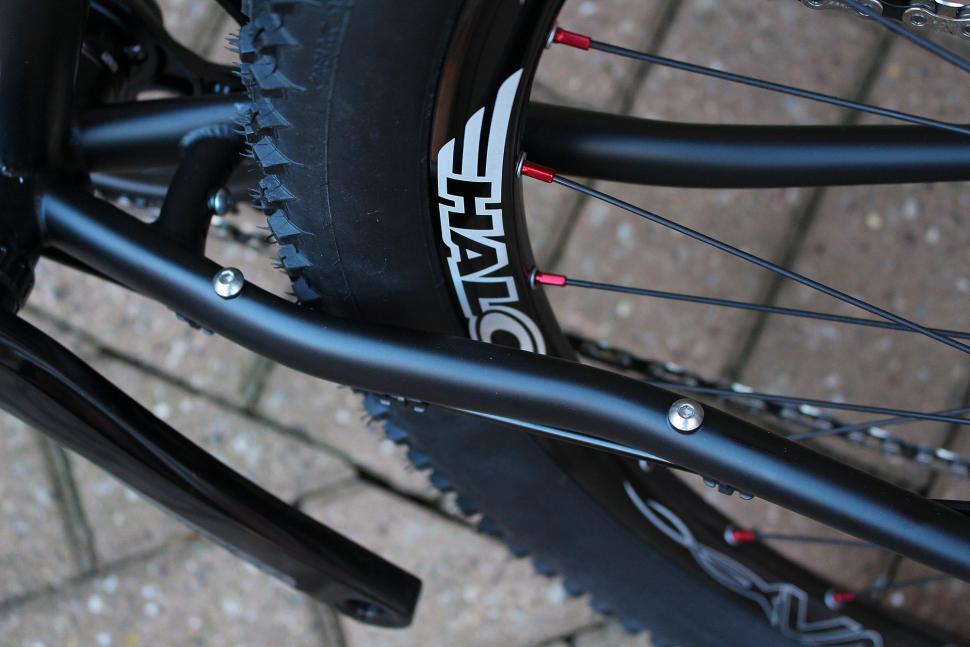 You get masses of tyre clearance. Those are 2.25in Schwalbe Rapid Robs fitted on there. 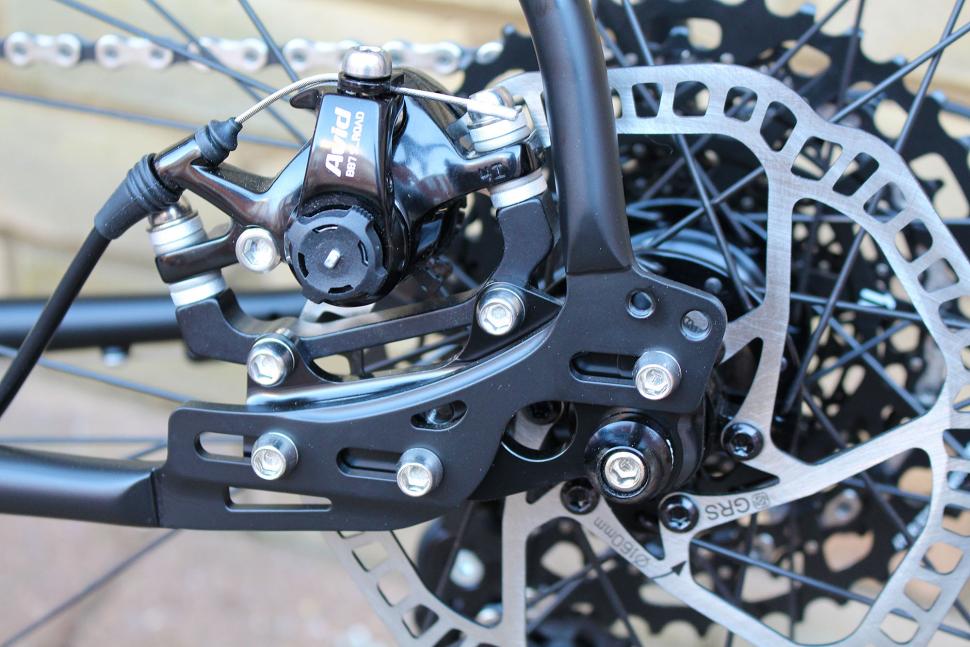 It’s a SRAM 1x setup with a 46-tooth chainring at the front and a super-wide 10-42-tooth cassette at the back. The drops on the Genetic Flare handlebar head off to the side as much as they go downwards, while Avid BB7 brakes take care of stopping. The Darwin will cost you £1,500 in this build, although other builds are available. We didn’t get a weight but it doesn’t feel nearly as heavy as it looks.