Check out this £1,000 aluminium cyclocross/ all-rounder with a SRAM Apex 1 Hydro groupset
by Mat Brett

The latest box to get dropped off here at road.cc contained the £999.99 Vitus Energie, an aluminium cyclo-cross bike that looks like it has plenty to offer on the road too.

There are four models in the Energie range, three of them built around the same 6061-T6 alloy frame. The Energie CR (£849.99) is equipped with a Shimano Tiagra groupset, then there’s the straight Energie that we have here, equipped with a SRAM Apex 1 Hydro groupset.

Vitus sees the Energie as a cyclocross race bike, a winter training bike or an all-season commuter. It’s intended to be versatile, then.

Of the cyclocross bikes that we’ve reviewed here on road.cc lately, the closest in price to the Vitus is the Ridley X-Bow 10 Disc (below) at £1,199.99. 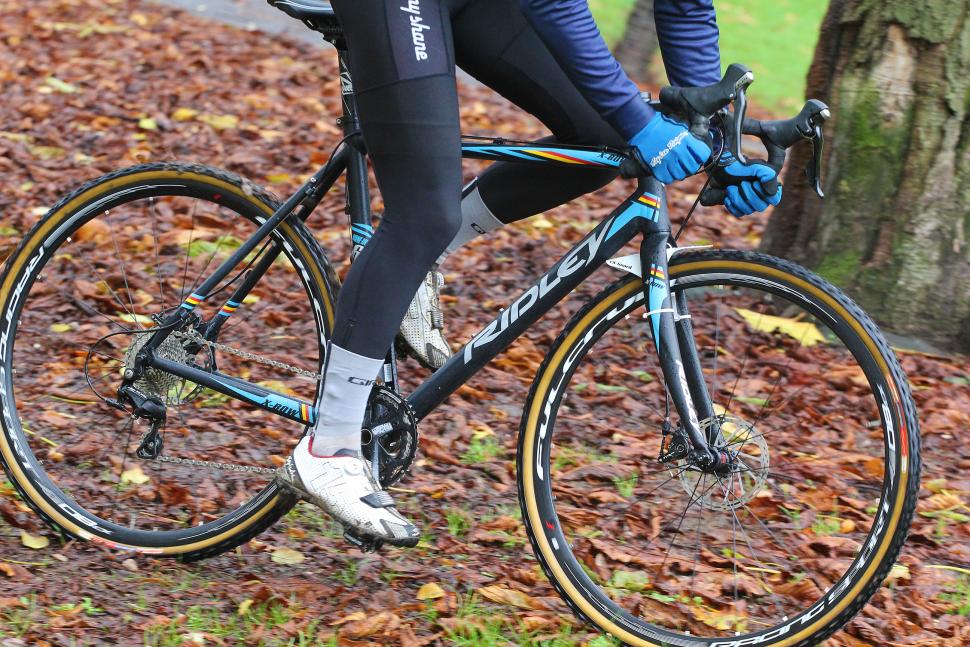 Our reviewer Ed Mason saw the Ridley X-Bow 10 as a good entry-level cyclo-cross racer that could easily be used for commuting as well.

“Solid 'cross racer with decent versatility on the other side of the tape, but with a high weight and price,” he said.

Our man Dave Atkinson is reviewing the Vitus Energie and he’ll be back with a full report soon.

If you want more details in the meantime head over to the Vitus website.