RaceFace and Easton have together launched a power meter. It’s called the CINCH Power Meter and is an axle-based power meter that works with the Easton EC90 SL road crankset or RaceFace’s mountain bike Next R crankset. Easton has also launched a new range of adventure components under the AX name, and includes a wheelset and flared drop handlebar. The new Cinch power meter is designed for road and cyclocross use. It's compatible with Easton's crankset which launched last year with the new Cinch system, which makes it possible to easily change from a 1x to a 2x setup.

The power meter does not measure left and right leg power. It measures torque across the axle through the non-drive drive arm and provides left leg power only and doubles this figure to calculate your power output, much like Rotor's InPower system does. Easton says its power meter only adds 65g to the weight of the chainset and is housed entirely inside the bottom bracket axle, so it’s well protected. It provides an easily accessible rechargeable battery via a USB port and has a claimed 400-hour runtime.

It uses both ANT+ and Bluetooth wireless protocols so it’s compatible with any suitable smartphone or cycling computer. An app has been developed to allow easy monitoring of the battery level, as well as calibrating and installing updates. No word on UK pricing or availability yet, but in the US the power meter without cranks will cost $599.99, and you need to factor in the cost of the EC90 SL crank arms for $949.99 as well.

Easton has also launched a new line of AX components aimed at the gravel and adventure bike market. The name is the same as the new Fox adventure suspension fork because Fox owns Easton, in case you’re wondering.

“Escape the city and redefine where a road bike belongs with Easton’s growing line of AX components. The AX lineup is designed around increased control and durability when tackling unconventional terrain. Beyond the limit is where adventure beings,” says the company. Included in this range is a new handlebar and wheelset. The handlebar, available in aluminium and carbon, has the same top shape and reach as the regular EA70 and EC70 bars, but increases the flare of the drops from 4-degrees out to 16-degrees.

“Based on extensive testing and rider feedback we determined that 16 degrees was the perfect balance of maximum bar flare which still allowed for efficient access to the shifters and brakes in both the hoods and drops. The wider stance in the drops provides more control on gnarly terrain and long gravel assaults,” explains Easton. 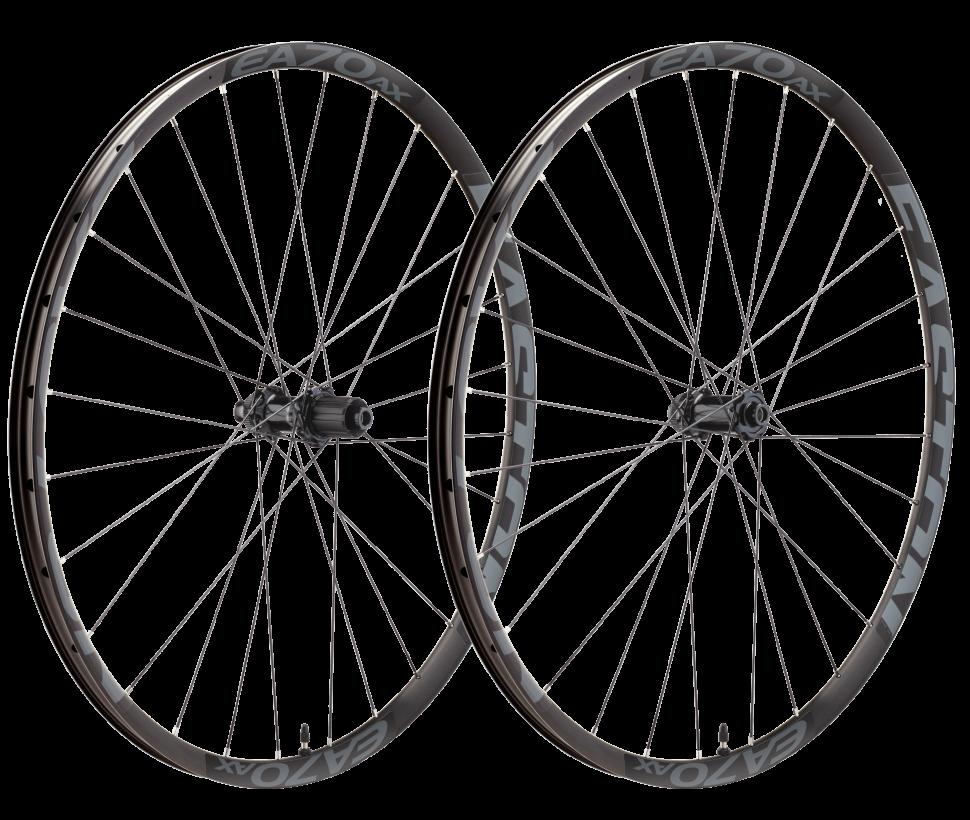 The new EA70 AX wheelset utilises a 24mm internal width rim designed to work with 35-50mm tyres and is available in 650b and 700c sizes. Hubs are 12mm thru-axle compatible with centre lock disc fixings and an 11-speed freehub. Wheelset weight is claimed at 1670g to 1760g depending on wheel size.

1
Cyclist fined £75 for riding outside London tube station – but park your bike there and it could set you back £50,000
2
Near Miss of the Day 672: Bus driver pulls in while overtaking cyclist (video includes swearing)
3
Highway Code changes aimed at protecting cyclists to become law next month
4
Near Miss of the Day 673: “Way too close to ignore” – impatient driver brushes past cyclist
5
£440 fine for 92-year-old who crashed into cyclist on Cambridge roundabout
6
Win! Hammerhead Karoo 2 cycling computer plus custom colour kit, HRM and bottle worth over £450!
7
Car wing mirrors studded with spikes reported to Greater Manchester Police
8
Reaction as Transport for London pauses See their Side ad campaign following backlash