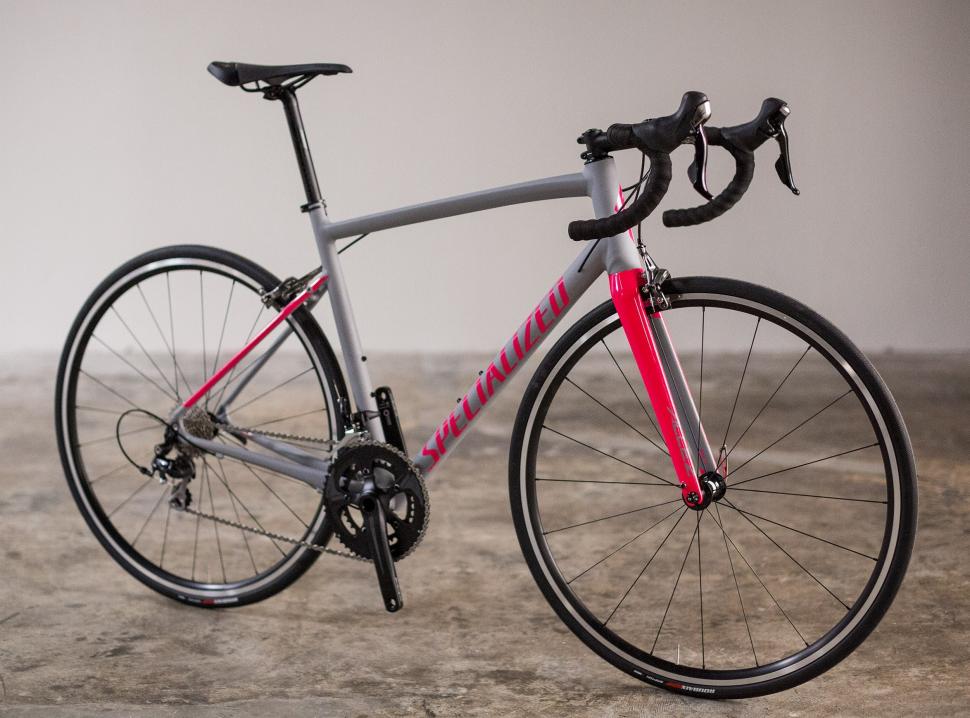 “Build the best alloy road bike” was the goal for Specialized in updating the Allez, the entry-level aluminium model in its large road bike range. What it has achieved is an E5 aluminium frame and all-carbon fork that chops some 450g off the previous frameset weight, packaged up with a more relaxed geometry and the addition of mudguard and rack mounts.

There are three builds topping out at a cycle to work friendly £999, ensuring the new Allez looks like an even better choice in the entry level market than it already was. 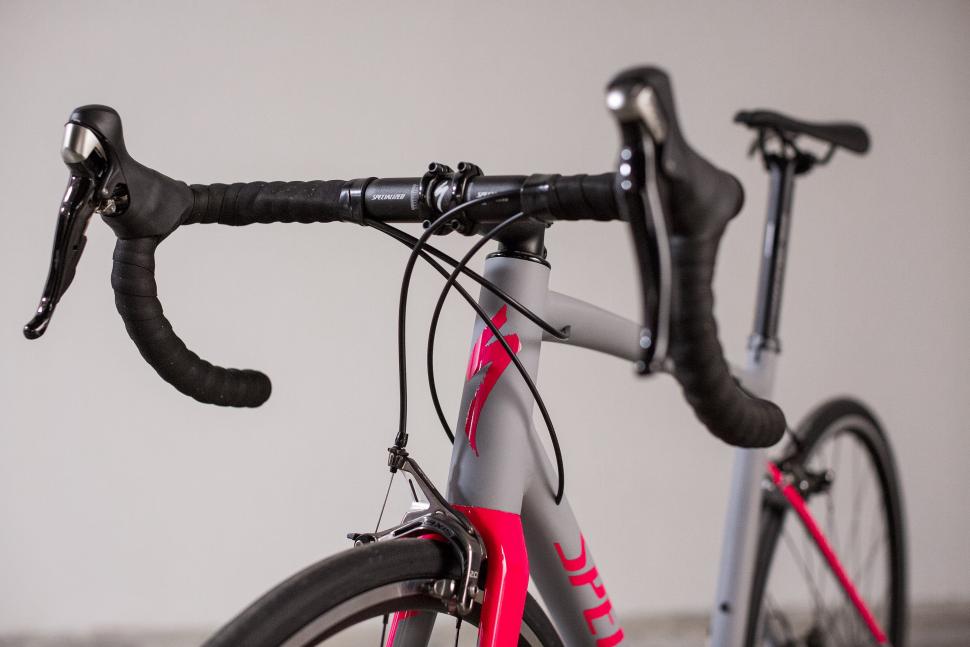 The Allez has long been a popular model in the US company’s range, offering well-engineered aluminium frames, bags of speed and performance, and keen price points. Despite the prevalence of increasingly affordable carbon frames, Specialized (along with Cannondale, Trek and BMC) has continued to invest in aluminium, pushing the boundaries of what’s possible with the material.

For 2018 the new Allez has had a massive makeover, it’s an all-new frame and looks very different to the previous model. The most substantial change is a claimed 450g saving off the frameset (frame and fork) weight compared to the outgoing model.

The weight has been shed by “aggressive butting profiles” in the E5 aluminium frame, along with a full FACT carbon fork derived from the Tarmac. There’s also a tapered head tube to increase front-end stiffness to improve handling. Specialized appears to have moved away from the Smartweld construction process it was using with the top-end Allez models last year, though there is one Smartweld model carried over from last year. 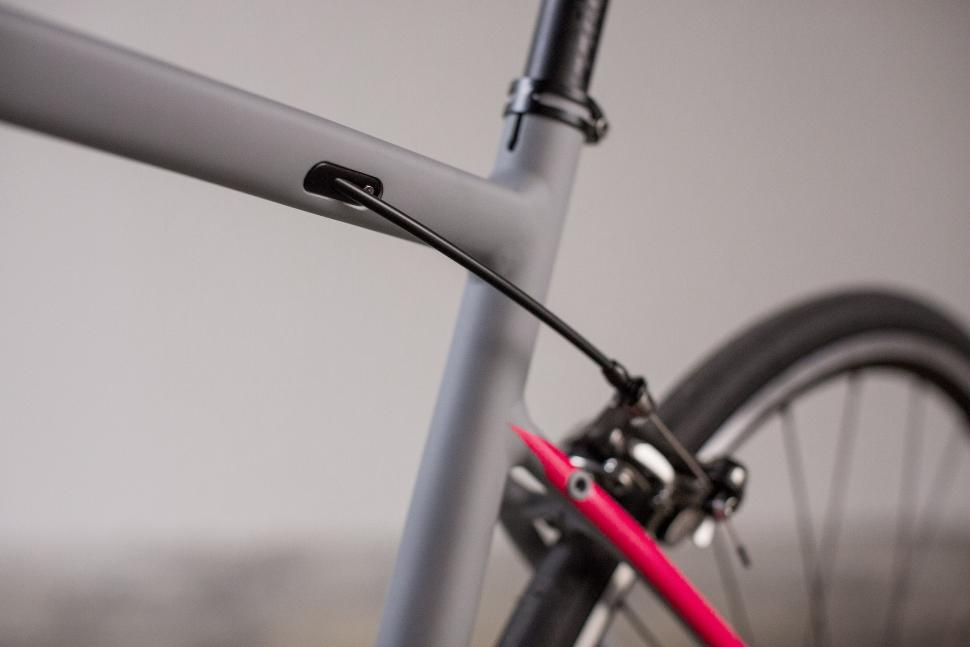 Visually the frame is different to the old model. Dropped seatstays are aimed at improving the aerodynamics, which Specialized has tested in its own wind tunnel, which it calls the Win-Tunnel… We don’t know if any other brands have put their aluminium frames through the same wind tunnel testing? There’s also fully internal cable routing, as befits a modern road frame, the previous Allez had external cable routing.

While it’s clear Specialized has sought to increase the performance of the Allez platform, the company is rightly aware that a large part of its appeal has been its versatility; it has long been a popular choice in the cycle commuter market. So the new bike has rack and mudguard mounts to turn it into a daily commuter.

Previously the geometry has been closely inspired by the more expensive and aggressive Tarmac, but Specialized has relaxed the angles and measurements of the new Allez. It’s now taller at the front and the wheelbase is longer, changes that should imbue the bike with a bit more stability and a forgiving ride. 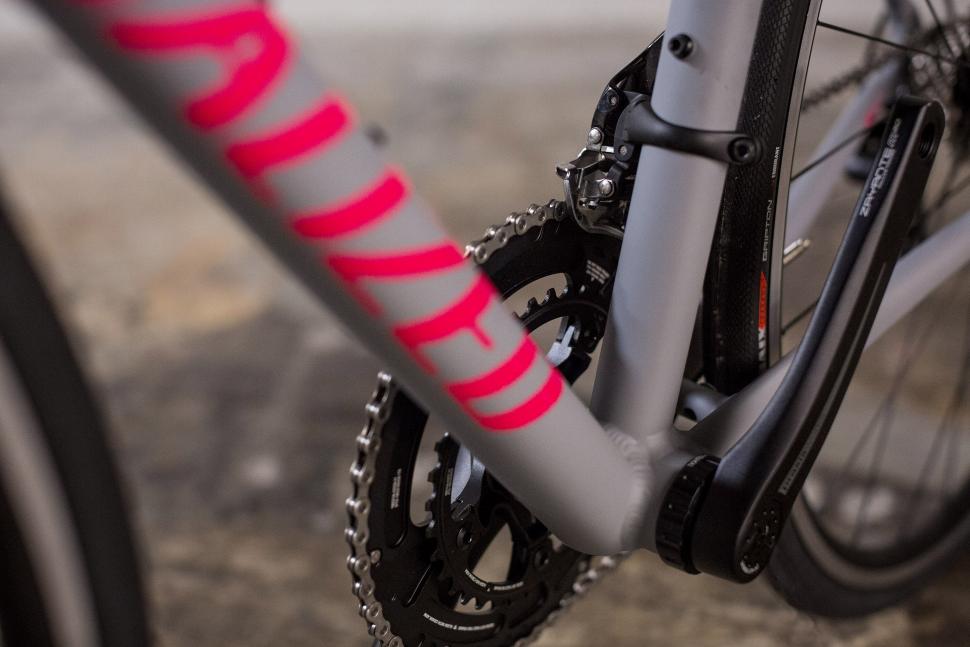 The range will consist of three bikes priced from £599 up to £999 using the new Allez frame, and a Peter Sagan Superstar frameset option at £1,300. The range is topped by the £1,600 Sprint Comp which uses last year’s Venge-influenced Smartweld frame. 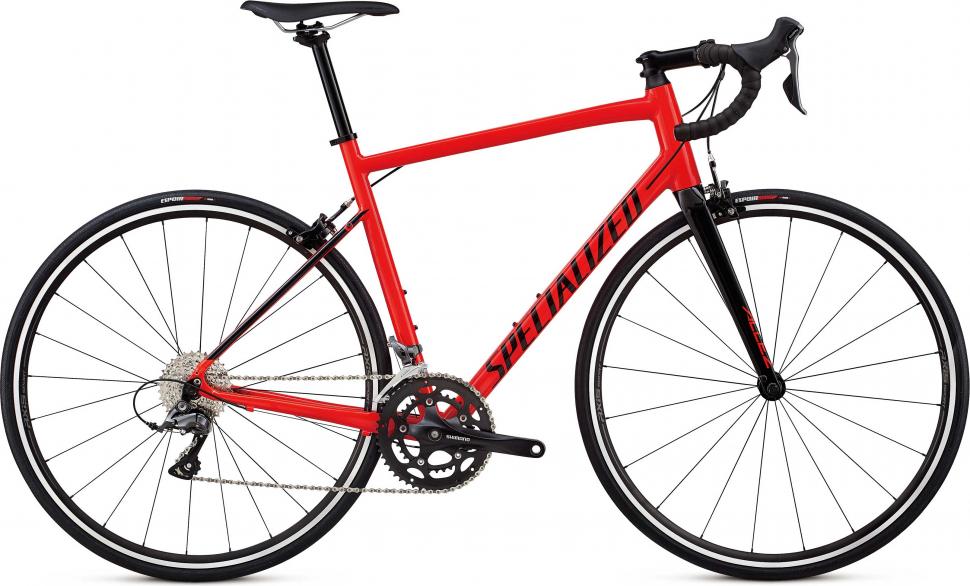 The most affordable Allez (£599) is equipped with a Shimano 2000 Claris 8-speed groupset and Axis Sport wheels. 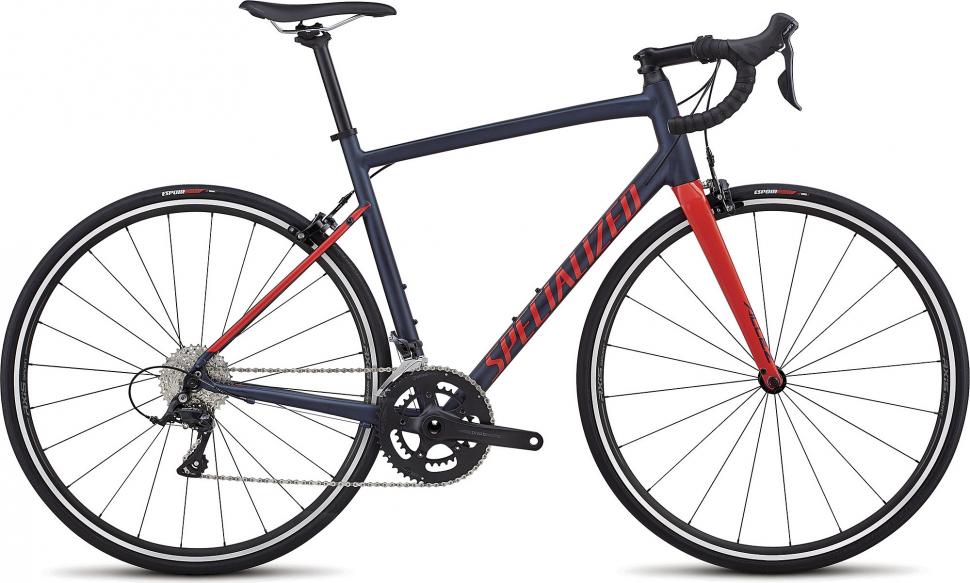 Step up to the Allez Sport (£799) and you get Shimano Sora 9-Speed and a Praxis Alba 2D chainset with Tektro Axis brakes. 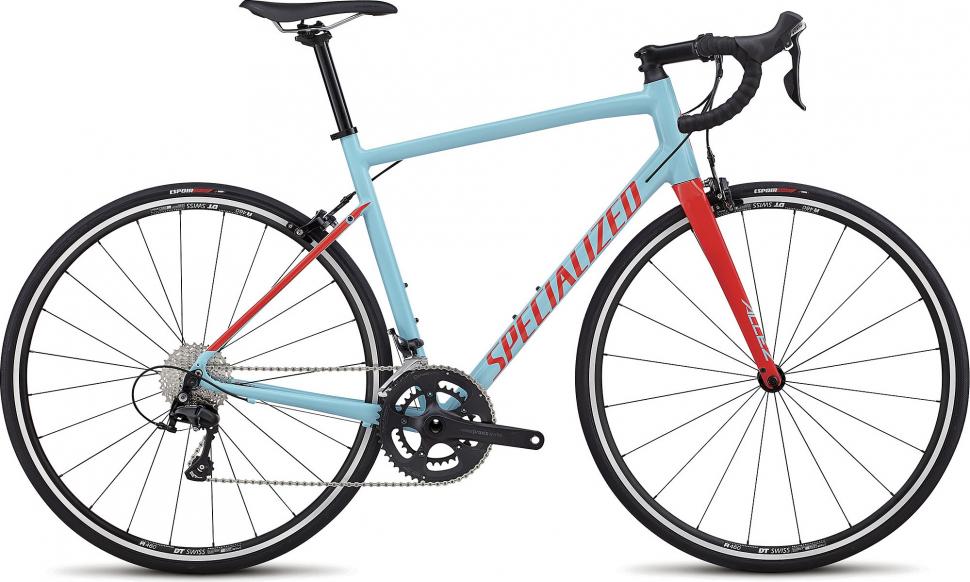 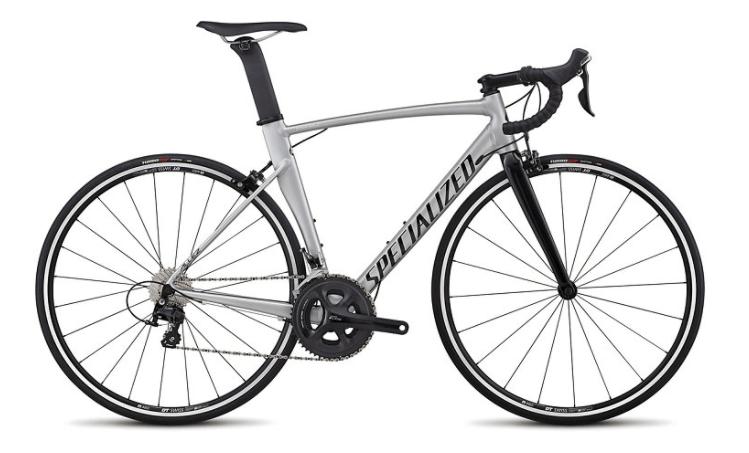 There’s quite a leap to the Allez Sprint Comp (£1,600) which uses the aero aluminium frame with D'Aluisio Smartweld Sprint Technology that was introduced a couple of years ago.