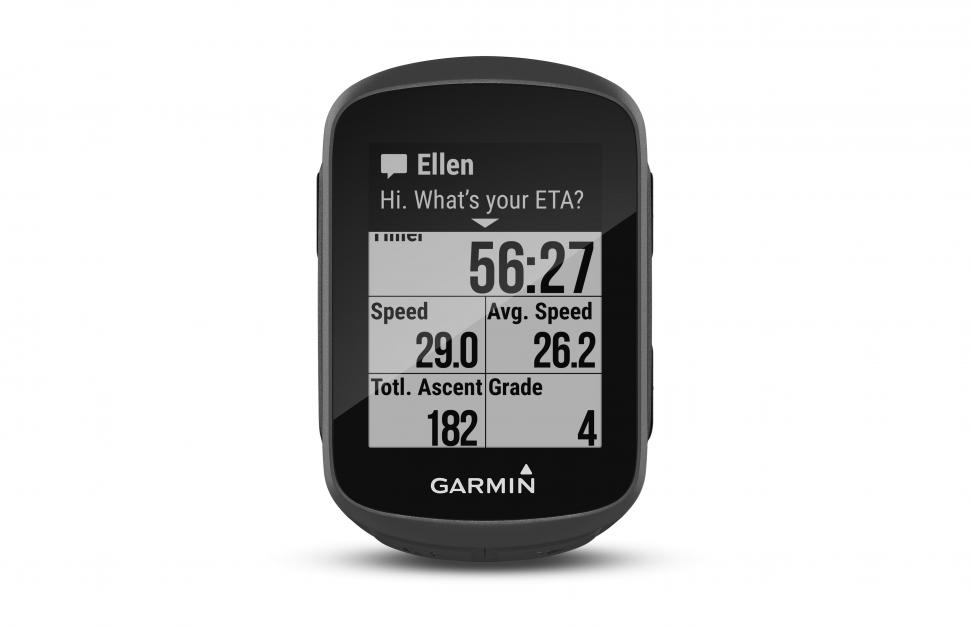 The new 130 is super compact and inherits screen graphics from Garmin's higher-end units, while the updated 520 Plus now comes with Garmin Cycle Maps and connected features
by Jack Sexty

The Garmin family has grown again, with the Edge 130 and 520 Plus marking their first major cycling product launches of 2018.

The brand new Edge 130, priced at £169.99, has a 1.8" display with screen graphics and layout that are up to date with their 520, 820 and 1030 computers. It also shares plenty of the tech and features associated with pricier GPS units, such as turn-by-turn navigation (including a 'back to the start' feature) Strava Live Segments, Garmin Varia accessory compatibility and smart notifications.

The 130 gets your location with GLONASS and Galileo satellites as well as GPS for precise tracking, and also has an altimeter. The pre-loaded maps have 100 locations and 15 course routes, with a built-in barometer and turn prompts. Garmin promise a clean view of the screen even in bright sunlight thanks to the high resolution display.

The 130 packs a lot more data screens in than Garmin's previous entry-level GPS devices, with up to 8 viewable at once. It has a five-button interface (no touch screen on this one) and charges via USB as you'd expect. It's super compact, just 33g with dimensions of 4.1 x 6.3 x 1.6 cm, and the claimed battery life is 15 hours.

The Edge 520 Plus has all the good bits of the 520 (read our original 2015 review here) with trickle-down features from Garmin's more expensive 820 and 1030 units. The big new feature is the integration of Garmin Cycle Maps as opposed to the more basic mapping and navigation on the first 520. The turn-by-turn navigation works for on and off-road courses, and also has alerts that notify you of upcoming turns. It comes with the rider-to-rider messaging service first seen on the Edge 1030, although your ride buddies will need a Garmin computer with this feature too in order for it to work. Other highlights of the Edge 520 Plus include preloaded Strava Live Segments and advanced performance feedback when using with Garmin Connect and accessories such as power meters and/or a heart-rate device.

With an RRP of £259, the 520 Plus brings Garmin's more advanced mapping down to a price point that will be easier to swallow for many more riders; units such as the Wahoo Elemnt Bolt (£199.99) and the Giant Neostrack (£149.99) have more basic navigational features, so for those with a sense of adventure the 520 Plus might be worth the extra spend.

We'll be looking to test both new devices, so check back for full reviews soon.