Trek has announced the launch of the Bontrager Garmin Edge 1030 GPS cycling computer, although there’s no word yet on whether it’ll be available in the UK.

Yep, that’s the Bontrager Garmin Edge 1030, as in the Trek sub-brand – a Bontrager-specific version of the existing top-of-the-range computer.

Read our review of the Garmin Edge 1030 here

So what’s the difference?

Well, there’s the appearance. The Bontrager Garmin Edge 1030 is black rather than the usual white, and it has Bontrager branding at the bottom of the screen, with Garmin confined to the upper side of the casing.

“Included are all of the leading features of a standard Garmin Edge 1030 as well as the additional of automatic light control, service reminders based on ride duration, and an improved out-of-the box experience,” says Trek.

Check out our complete guide to Garmin's Edge GPS computers

The Bontrager Light Control provides you with touchscreen control of Bontrager’s RT lights and on-screen battery status of paired lights.

Read about 11 of the best cycling GPS units

You can already get the Bontrager Light Control widget on Garmin’s Connect IQ and add it to higher end devices like the Edge 1030 and Edge 820, but it is pre-installed here.

It automatically switches on paired lights at the start of a ride. 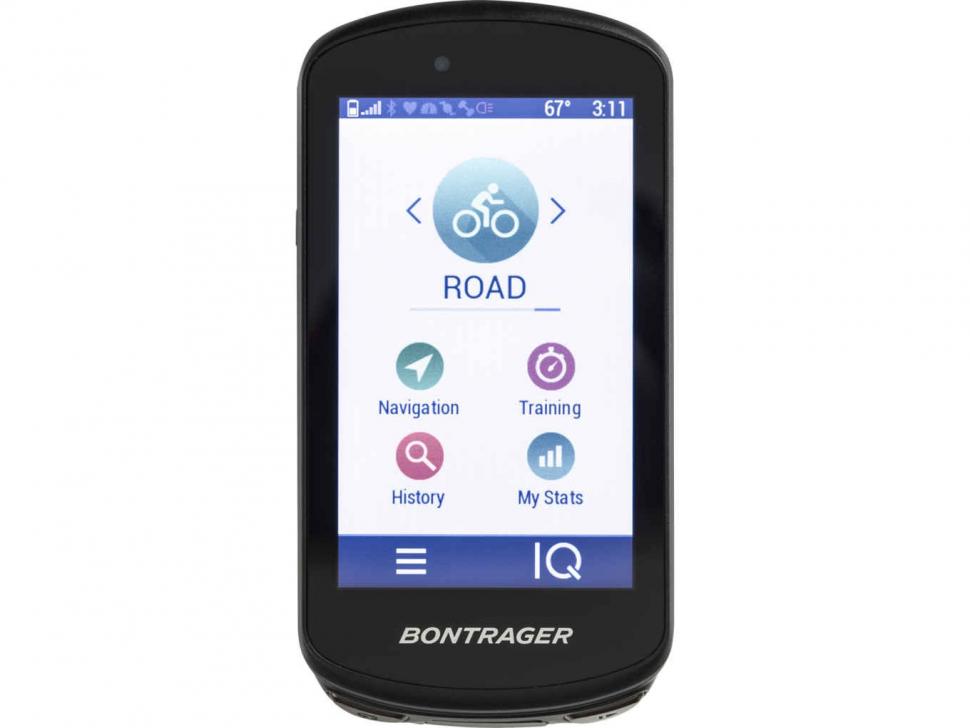 The changes aren’t going to make a huge difference to the user experience, but if you like the finish and and you have a bit of a Bontrager thing going on, the Bontrager Garmin Edge 1030 GPS cycling computer is priced at US$599.99, which converts to about £470.