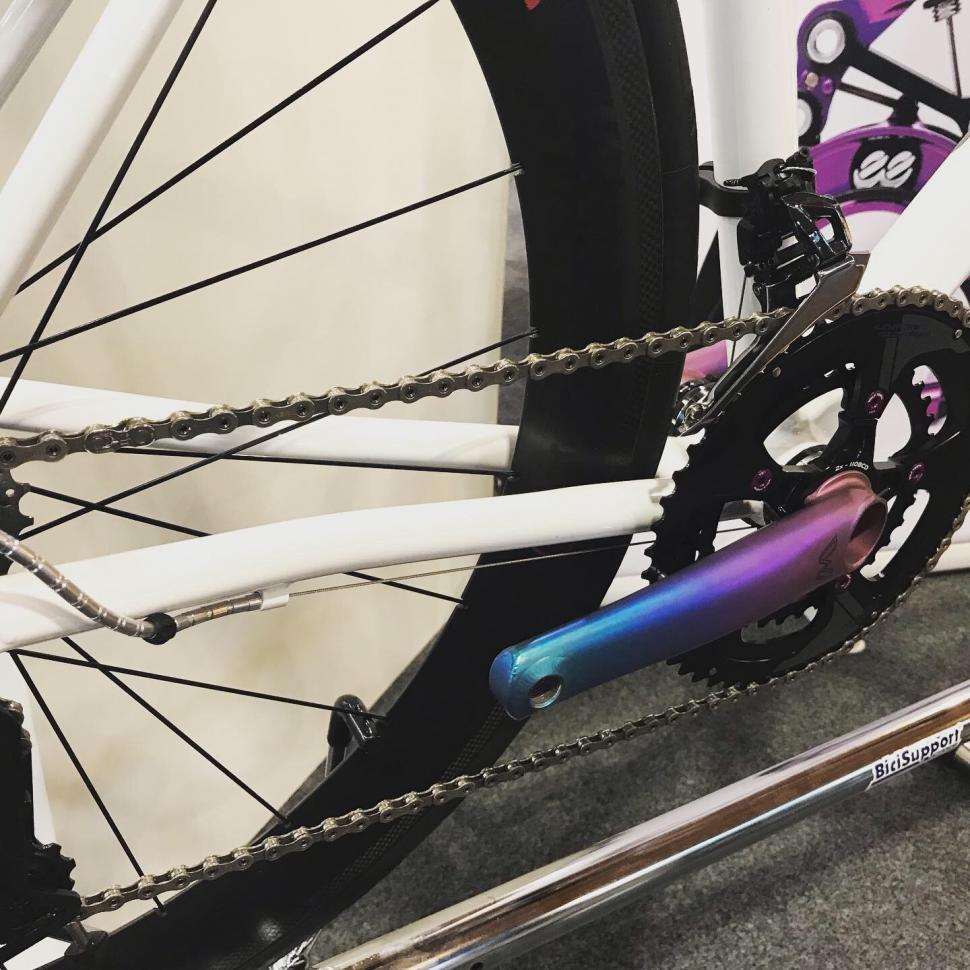 Another round-up of cool new tech we've spotted at Eurobike 2019 - some of it pretty, some of it handy, and some just plain odd...
by Jack Sexty

As has become an annual late summer tradition, we've been browsing a large exhibition centre in Germany to find some of the coolest bike tech around. Here's some of our highlights from day 2... 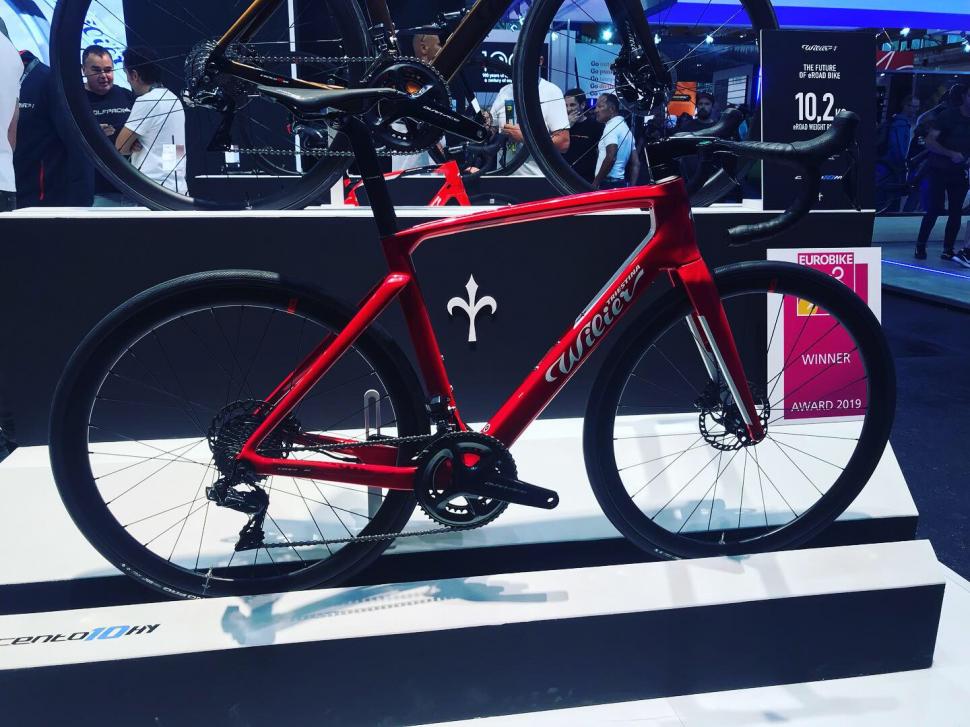 Wilier have bagged themselves a Eurobike award for their Cento10 Hybrid e-road bike; and they're claiming the latest version is down to just 10.2kg, which would make it one of, if not the lightest e-road bikes out there. 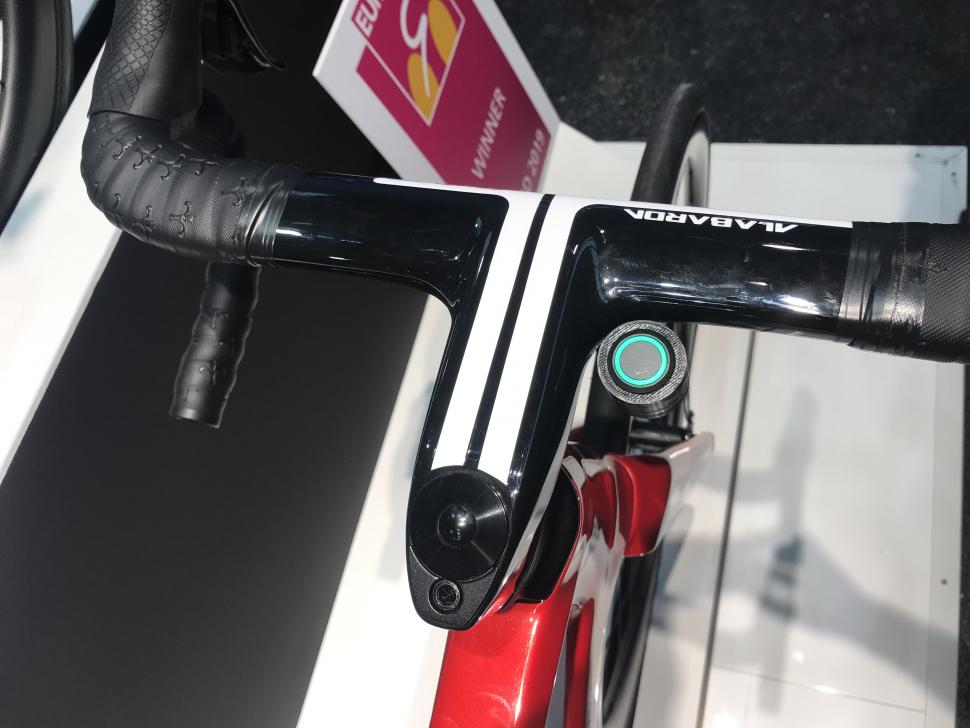 We suspect the even greater reduction in weight could be to do with an updated version of the eBikeMotion motor system. The assist control now appears to the side of the stem rather than on the top tube, which should make it marginally easier to operate on the fly. 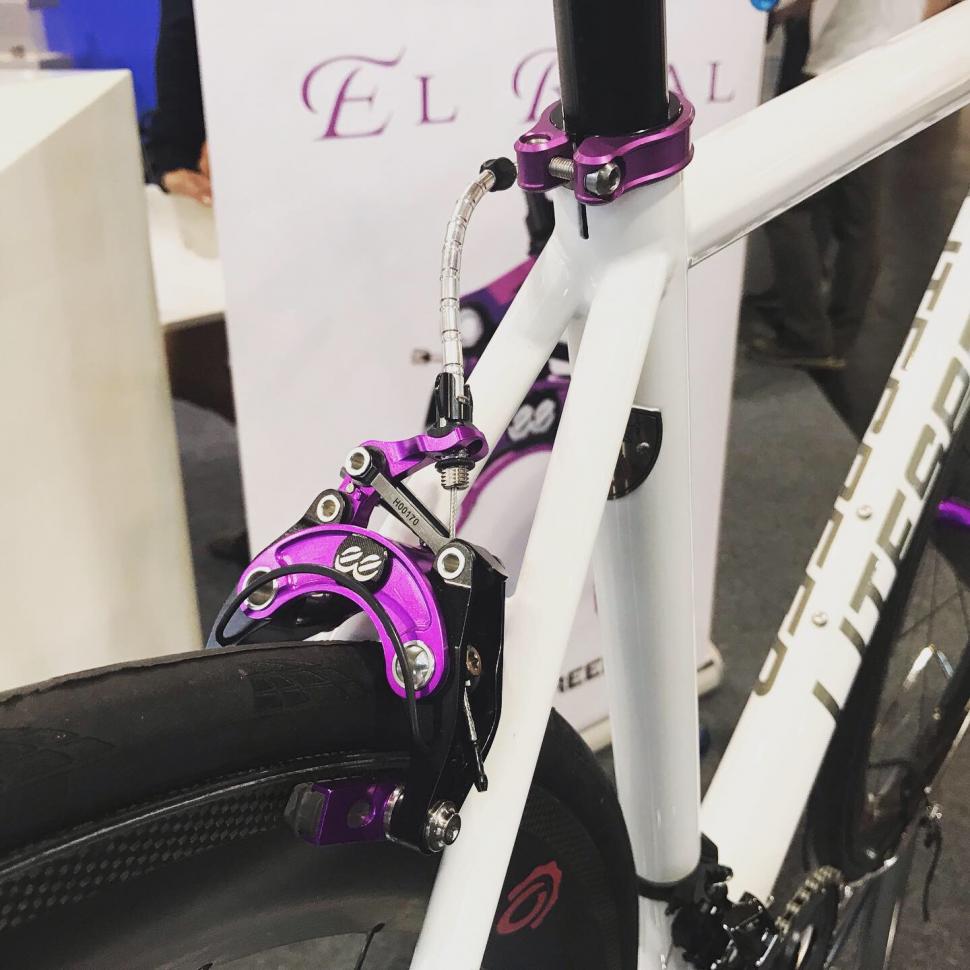 These rather fetching brakes are special editions of Cane Creek's eeBrakes, featuring 100% CNC-machined parts and their trademark laser-etched logo. Here they appear on a painted titanium frameset from Litespeed. 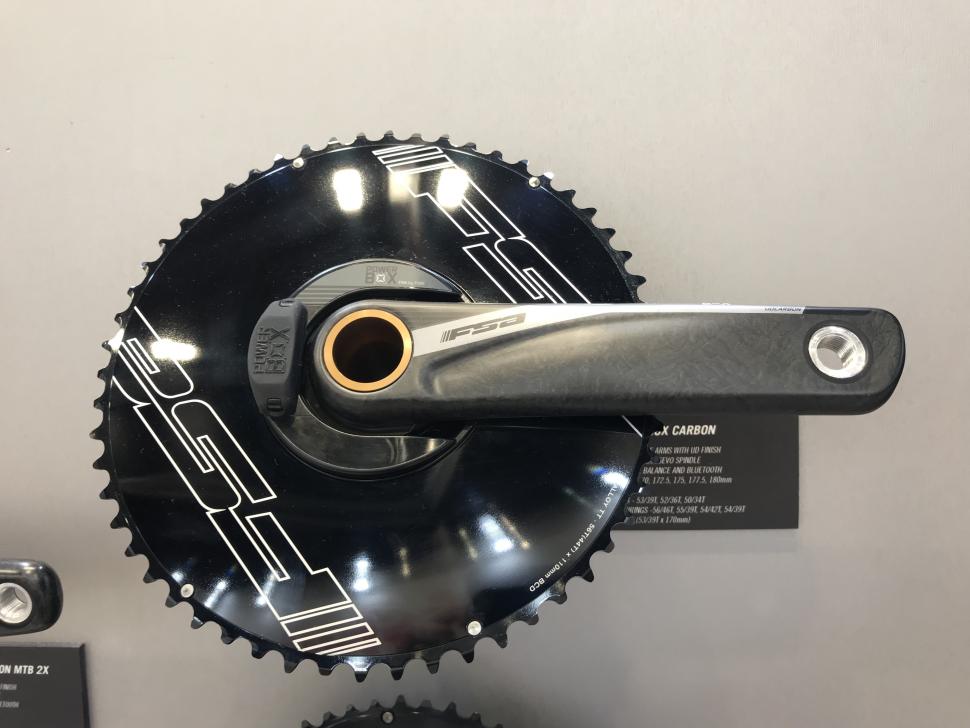 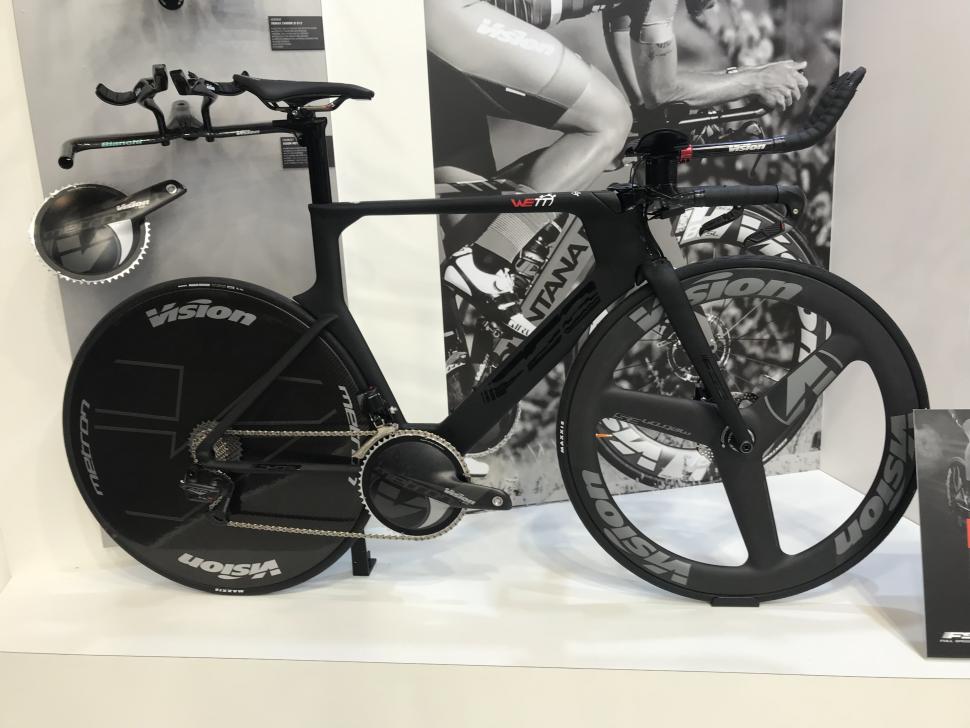 We also saw their WE groupset on a time trial bike for the first time, with the shift buttons located on the top of the shifters rather than at the ends a la SRAM, or on the sides on Shimano Di2 TT shifters.

A rear pannier with built in lighting 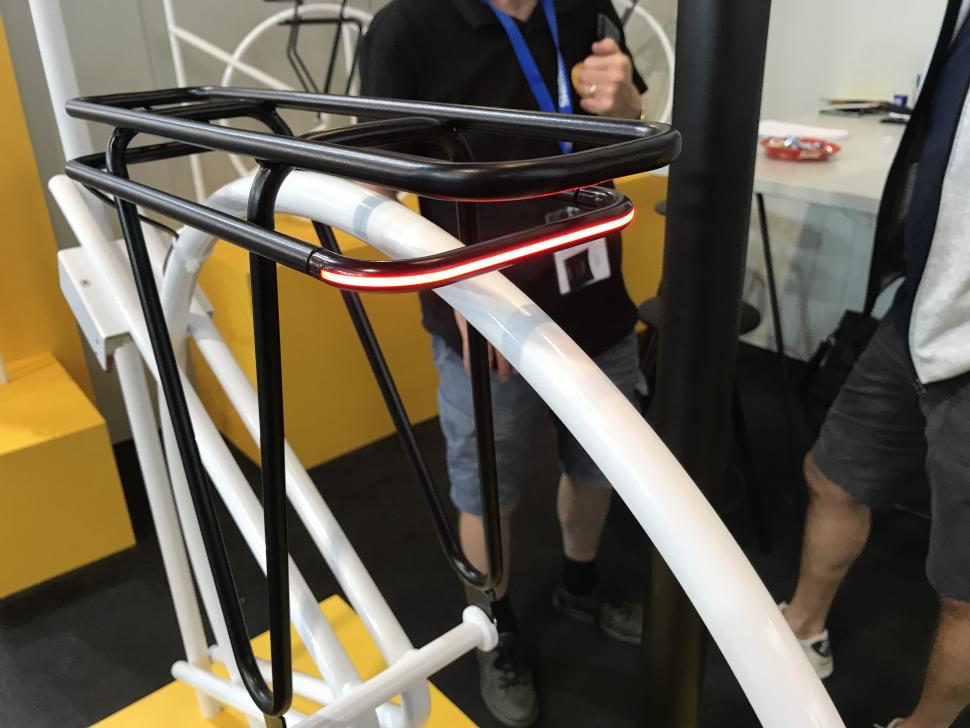 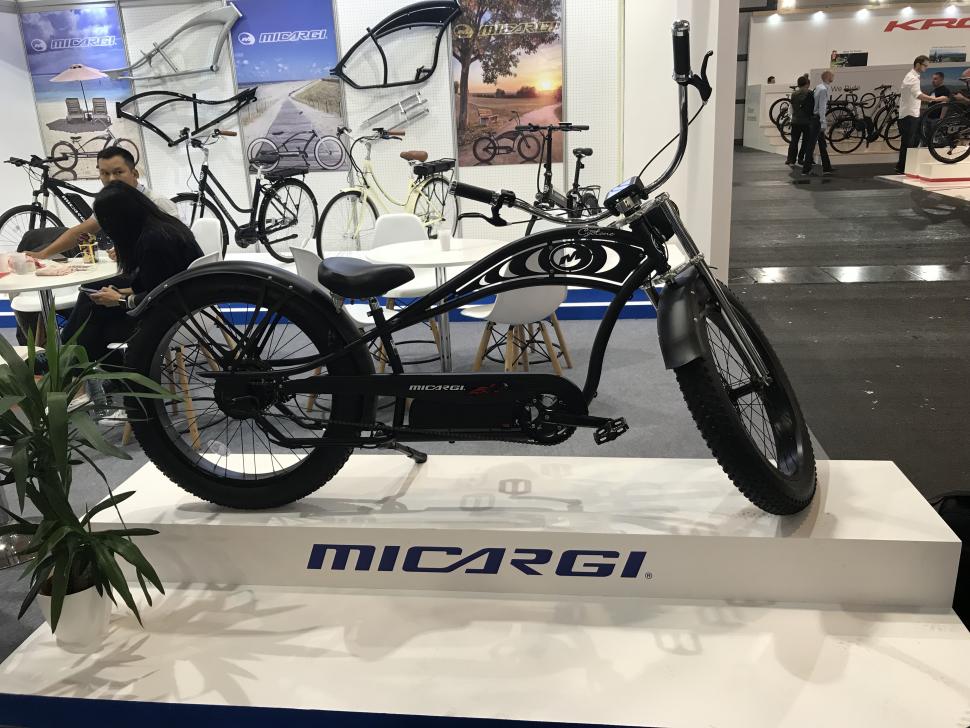 The craziest find of the day is this intriguing e-bike from Chinese bike manufacturers Micargi. It has a steel frame and a 500 watt Bafang motor, plus 26 inch wheels with huge 4 inch tyres that makes you wonder why they didn't just go ahead and make a motorbike in the first place... 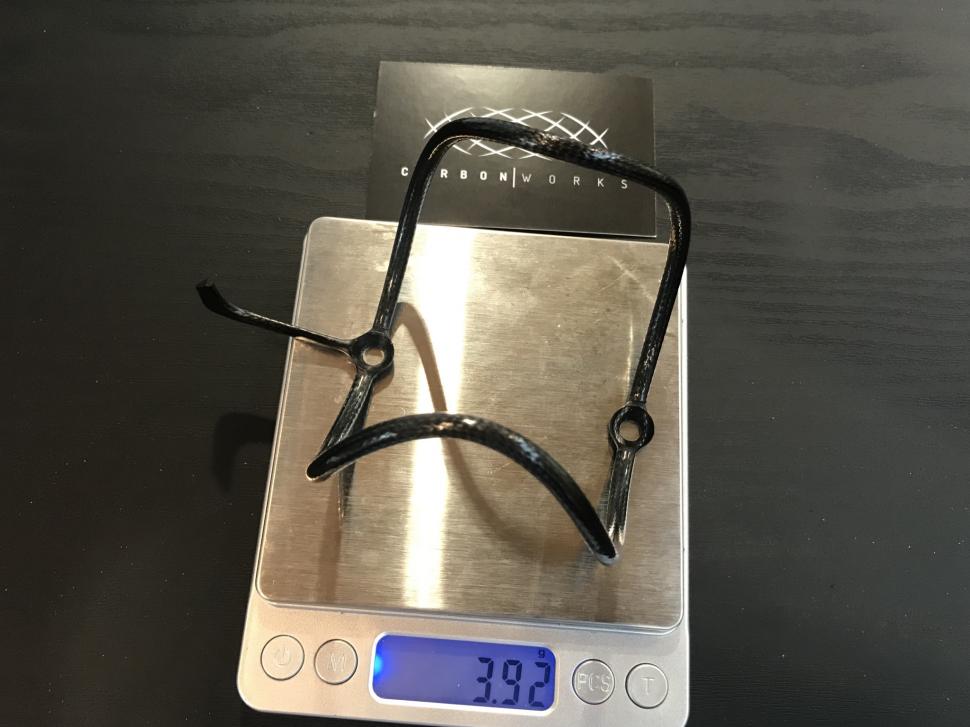 The lightest bottle cage in the world? It's certainly the priciest per gram, costing just under 90 euros a piece. Although the weight can vary from cage to cage, Carbon Works guarantee each one definitely comes in at under 8g. 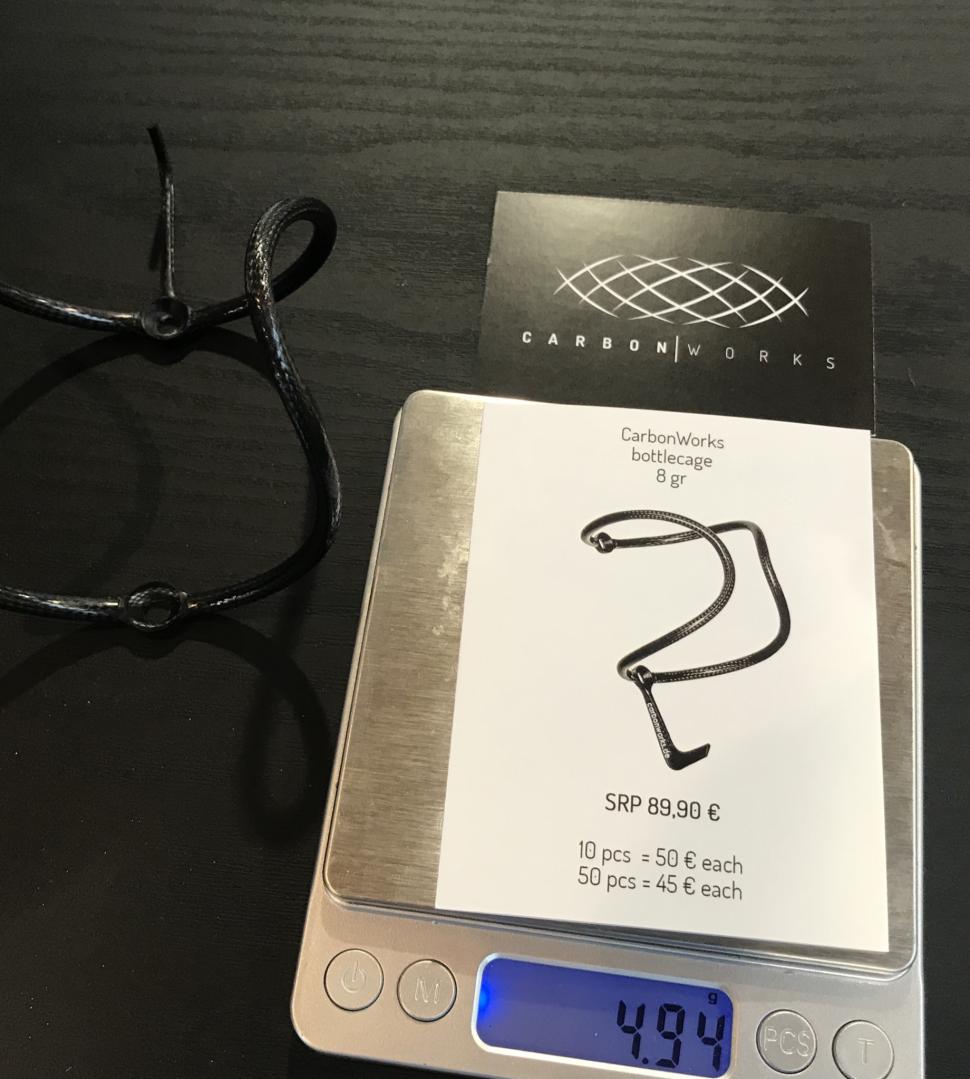 ...the one above actually weighs less than the marketing pamphlet that comes with it! 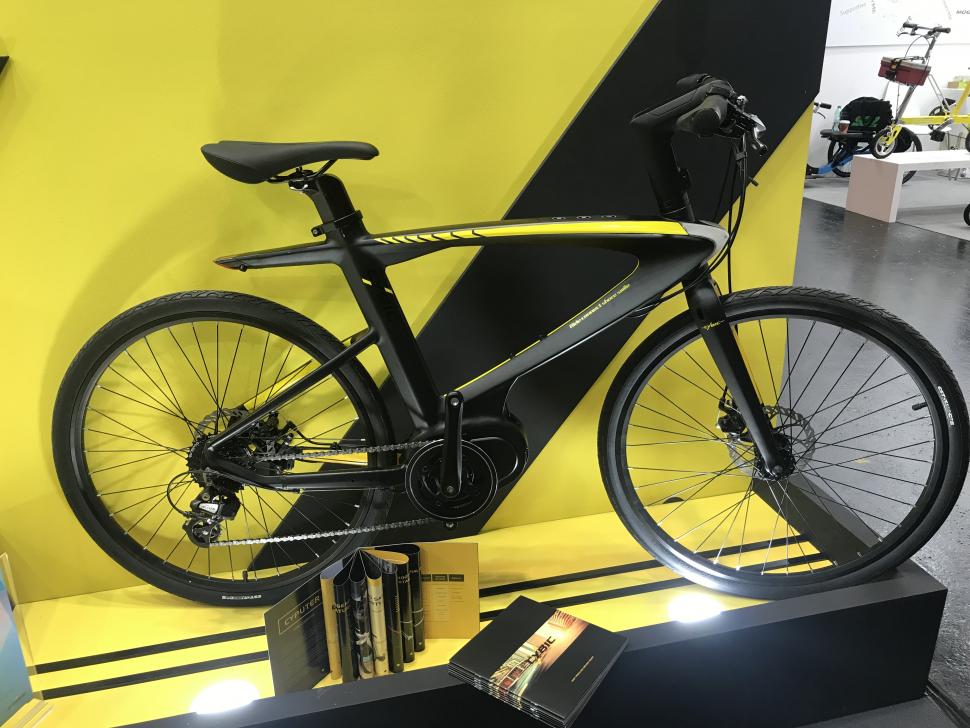 Our sister site eBikeTips got the details on this creation back in January, and since then we're told Cybic ran into problems getting Alexa to work flawlessly; for example, the system struggled to deal with background noise when the rider was giving an instruction, such as a turn signal. Cybic went back to the drawing board and tell us the Alexa-enabled version will be ready early next year. They're planning on launching the bike without the Alexa technology through Halfords in the UK soon, which already has a smart lighting system, mapping and navigation, location info and a cloud service to store all your data. 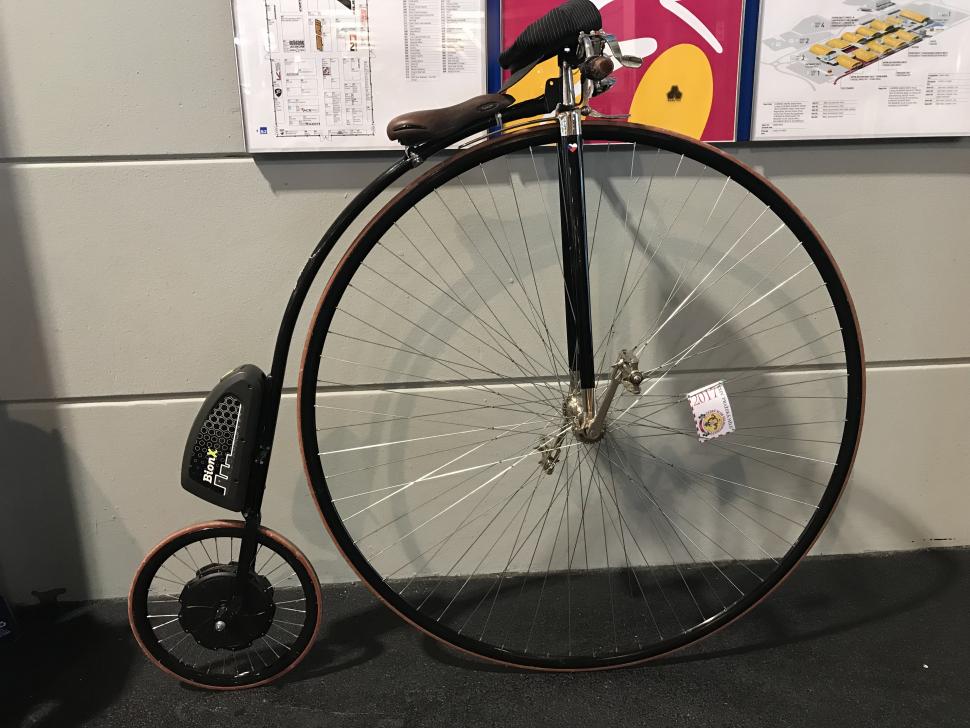 We'll leave you with this bespoke electric penny farthing, made specially for a Mesicek customer. Its creator told us they were planning to roll out e-versions on a larger scale, but unfortunately for them the motor and battery supplier BionX have since gone bust. They're currently looking for another e-bike system supplier, and until then this is the only one in existence...