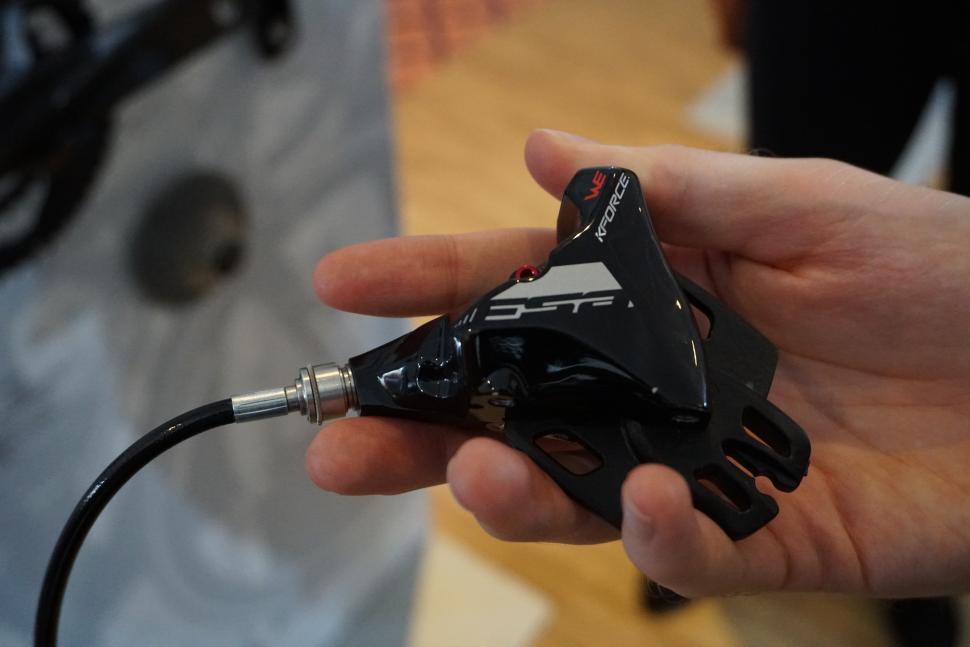 Bleeding disc brakes can be a messy business, but FSA claims to have developed a neat solution that should, they claim, avoid the need to bleed your disc brakes when building a new bike.

In a running update to its K-Force WE wireless disc brake groupset, it has developed the Quick Connect, a system which lets you very easily and quickly remove the hose from the calliper without fluid spurting everywhere, and without needing any tools.

"Quick Connect allows the easy installation and disconnection of the hose multiple times without losing fluid or introducing air into the brake, but of course you’d need to bleed the system during over time," explains the company.

In an update from FSA, the system doesn't totally eliminate bleeding. Shame. “FSA still recommends regular bleeding of the brakes system to maintain peak performance," it clarified on an email this afternoon.

Sometimes video explains it much better than words ever can. Here is it in action:

This is neat. FSA’s quick connect system makes it possible to split a disc brake hose without having to then bleed the brakes, super useful for building a new bike or swapping it to another frame . #fullspeedahead #bikes #bikesofinstagram #biketech #techvideos #discbrakes #cycling #fsa #kforcewe

This is especially pertinent if you’re building a new frame, which unless it has external routing, you’ll need to remove the hose from the calliper to pass it through the frame. Doing that would normally necessitate a bleed, though sometimes you can get away without doing it, but it’s highly recommended for obvious reasons.

In an idea borrowed from the motorcycle world (and apparently tractors) the new system comprises a ball bearing in one end of the hose and a needle in the other end. When both halves of the hose are connected, the needle presses the ball bearing to allow fluid to flow through. Disconnect the hose and the bearing seals the system. Simples. 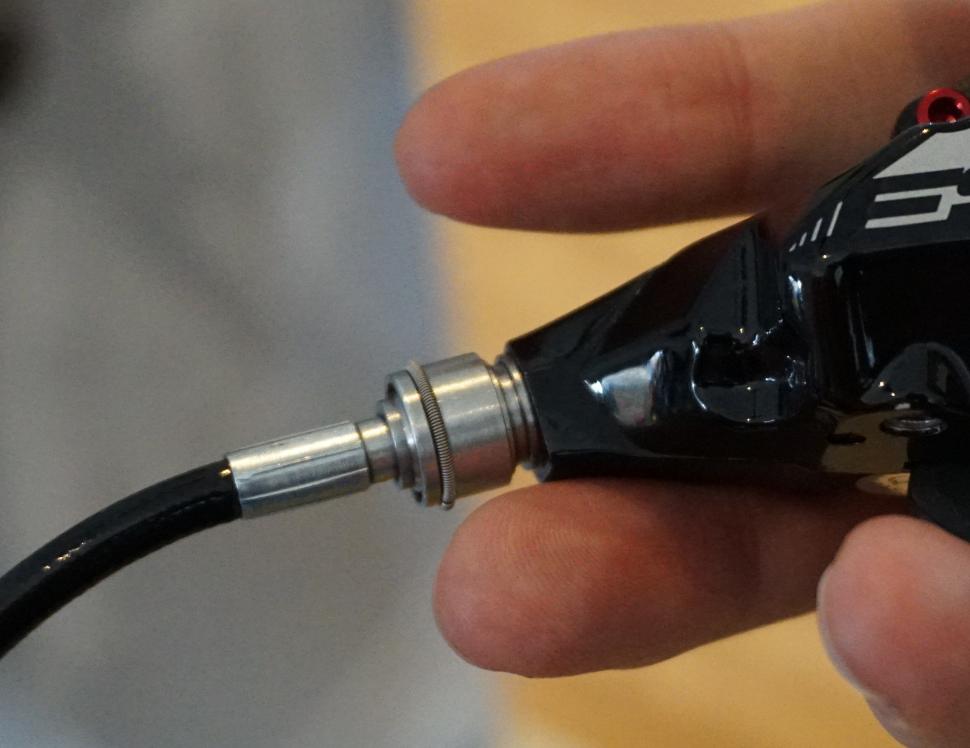 If you’re regularly upgrading frames, or dismantling your bike for travel, this system could be very advantageous.

The only downside, apart from it being only available with an FSA K-Force WE groupset, is that it’s not compatible with all frames. The coupling is a bit too large to be accommodated by the internal routing on some frames. And the company doesn’t offer a compatibility guide. We’re told a recently attempted build on a Pinarello Dogma F12 did preclude the use of the new quick connector. And if you need to cut the hose length, that usually means a bleed is needed so it doesn’t quite eliminate bleeding in all eventualities. 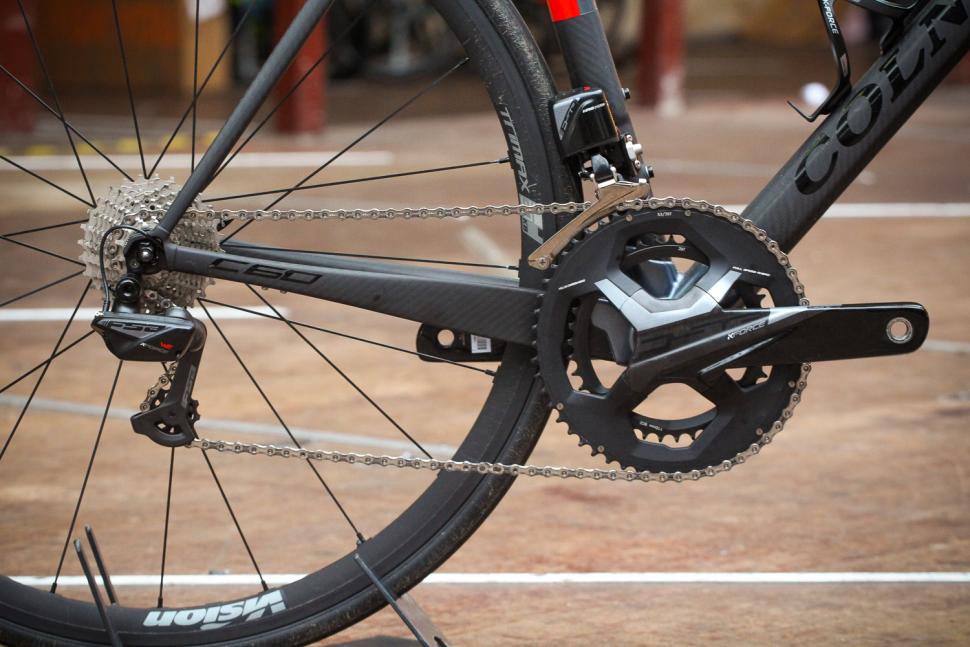 But it’s a nice step towards improved user-friendliness and hopefully, other brands will adopt it as well, because we can’t see any reason not to offer it. FSA will still offer its disc brakes with regular connections so it’s very much an optional extra.

It's the first time I've seen such a solution, but a quick Google search does bring up Jagwire Quick-Fit Adapters which sounds similar, but doesn't look the same. Intrigued I am, so I'll try and get some in for testing.

We hope to put the claims of never having to bleed disc brakes again to the test soon, so watch this space.

An FSA groupset with this new technology costs £2,895. More info at www.fullspeedahead.com