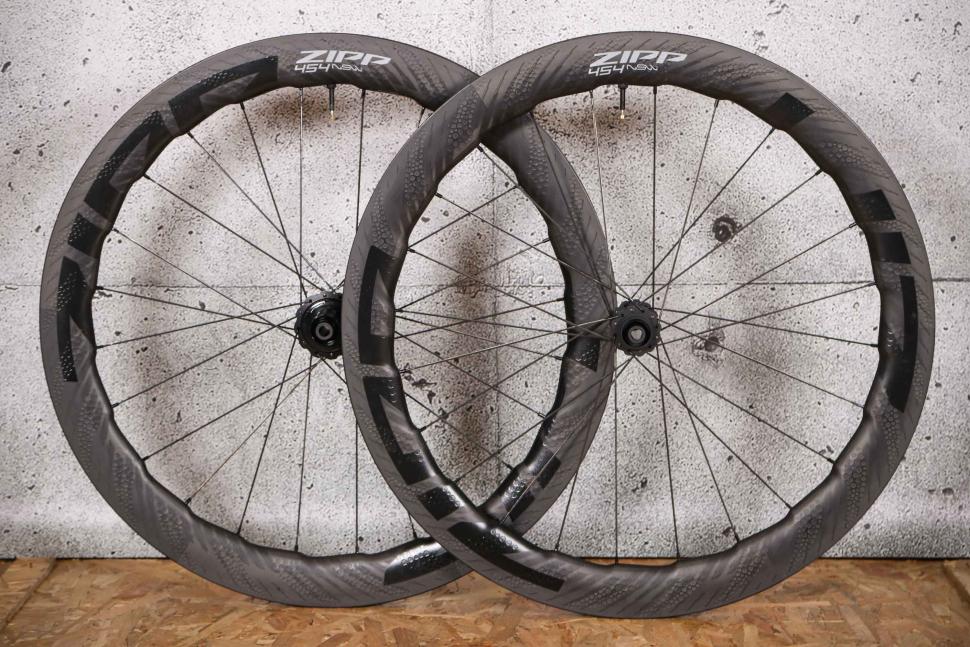 Find out about the latest and coolest gear we have on test right now, with full reports on the way…
by Anna Marie Hughes

Not a cloud in the sky, what lovely spring riding conditions. Our team of reviewers also had the pleasure of testing some very cool bits of kit. Here are this week's highlights...

The Luberetta is a patented dispenser for dropping lube onto each link of your chain for a claimed mess and waste-free re-lubing experience. Inside the chain guide portion of the applicator are fins which, according to Ryder Innovation, help remove grime for the outer edges of the chain. How effective is this tool? Jamie Williams has been finding out and his verdict is coming soon…

Zipp calls the updated 454 NSW Tubeless Disc-brake “the ultimate road racing wheelset”, saying that it offers aero efficiency and crosswind stability, plus a much lighter weight than previously and a wider rim that’s now hookless.

Internal rim width has been increased from 19mm to 23mm. Swapping from a narrow rim and narrow tyre to a wider rim and a wider tyre results in a wider and shorter tyre contact patch between the tyre and the road surface. This wheelset is optimised for 25mm tubeless tyres, with Zipp saying that test results from Aero Lab Tech show that a bike-and-rider system weighing 85kg (187lbs) would require 278 watts to maintain a speed of 40km/h (25mph) - that’s 10-watts below what’s needed to hold the previous model 454 NSWs at the same speed. Jamie Williams has been rolling on these and his full report is coming soon…

Originally as a short-nosed saddle for road racing and endurance riding, Fizik adapted the Argo saddle for off-road riding. This gravel specific version features a waved profile with a raised tail to helps riders hold their position when climbing seated on steep, loose surfaces, while the dropped nose and wide centre cut-out should allow for pressure-free forward rotation and better power transfer.

> How to choose the correct saddle for you and your riding

That centre cut-out has it’s very own vented mudguard to help prevent tyre spray during mucky rides too. Jamie Williams has been testing the top of the range X1 version which gets a ride-compliant carbon reinforced nylon shell and carbon rails. His report will be landing on the site shortly…

Designed for home mechanics that are also looking to use away from home, this is Pro’s foldable and adjustable repair stand that can be extended to 162cm tall and is rated to hold a maximum of 30kg.

> 10 best bicycle repair stands — get the right workstand for you

With its lightweight alloy construction, Pro says it’s both sturdy and light enough for travelling with, especially as it can be folded away into a carrier bag. A tool plate is also included for holding spare parts and tools during repairs. Nick Cox has been using for sorting all his mechanical issues lately and his full report is on the way shortly…

The GravelKing EXT+ tubeless compatible tyres have a tread design that’s been tailored for dealing with muddy and sloppy conditions, and they’re also claimed to be robust too.

The tyres get Panaracer’s ProTite Shield+ Plus technology with a nylon taffeta lining, which is the brand’s most complete puncture protection which reinforces the whole tyre including the sidewalls, while the ZSG (Zero Slip Grip) compound is claimed to offer low rolling resistance for an excellent ride and enhanced wear resistance. Stuart Kerton has been putting these to the test on his recent gravel outings and his verdict will be landing on the site soon…