Prologo has released a special edition of the Scratch M5 saddle to celebrate Tadej Pogacar’s 2020 Tour de France win, available in a run of just 10, each in special packaging with a postcard signed by the UAE Team Emirates rider. The special edition 'personal' saddle is the same design that Pogacar uses in training and when he was first to cross the finish line at the UAE Tour and Liege-Bastogne-Liege 2021. 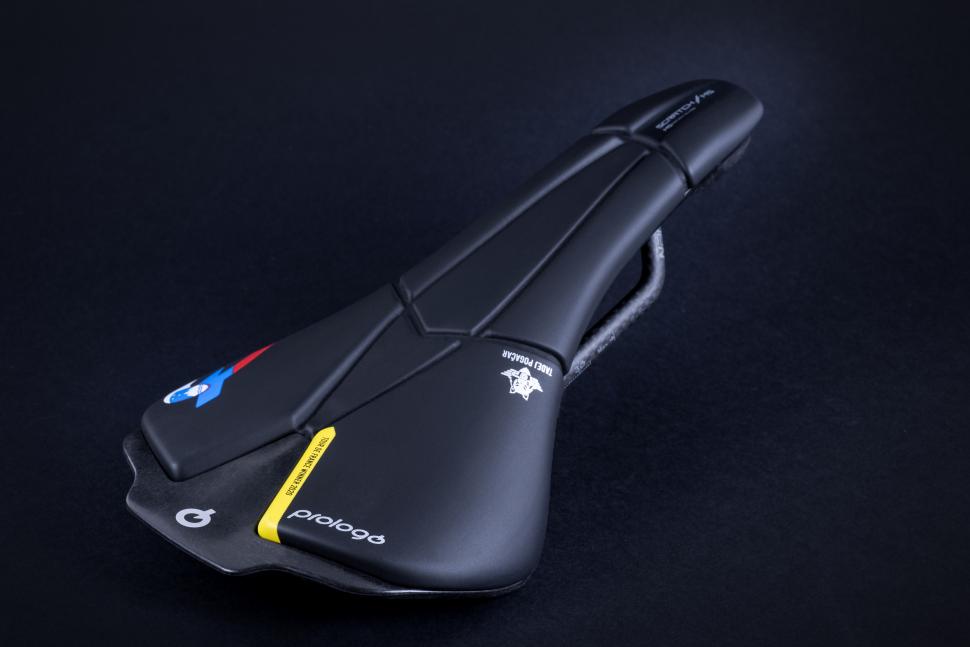 The Scratch M5 is a unisex ergonomic saddle that weighs a claimed 144g.

“The MSS Multi Sector System, designed with the Polytechnic of Milan, provides several individual zones mapped and separated along the saddle, each composed of different interactive foams and single-cell padding,” says Prologo. The Scratch M5 has a round shape that is said to allow the pelvis to rotate naturally, creating stability and support for the lumbar areas, while the Active base system combines the pressure relief of a cut-out design with the larger surface area of a closed design.

“It consists in an opened and covered base that discharge the rider’s weight, favouring blood flow, but at the same time it offers more support area and protection against the water and mud,” says Prologo.

Only available at prologo.it. Be quick.