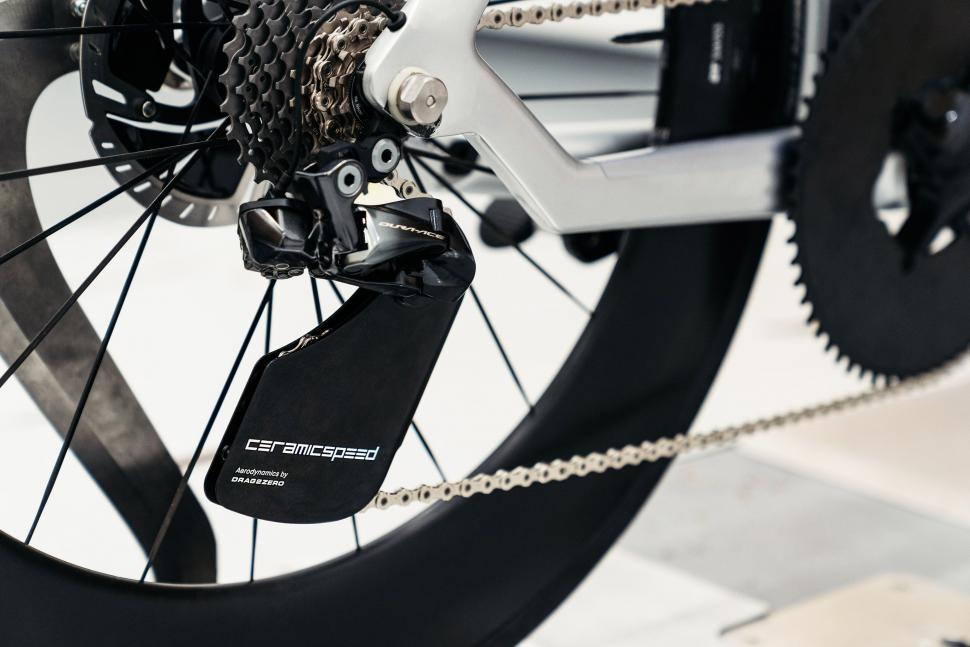 The Aero version of CeramicSpeed's oversized pulley wheel system was developed with Simon Smart and can save you 2.5 seconds over a 25km time trial according to CeramicSpeed
by Jack Sexty

CeramicSpeed has now released full details of the new OSPW Aero, an oversized pulley wheel system with a fairing* over the top to optimise aerodynamics as well as mechanical efficiency. CeramicSpeed claims it can cut drag in this area by 40% compared to a standard derailleur, which equates to 7.2 seconds over a 40km time trial, so we're told. 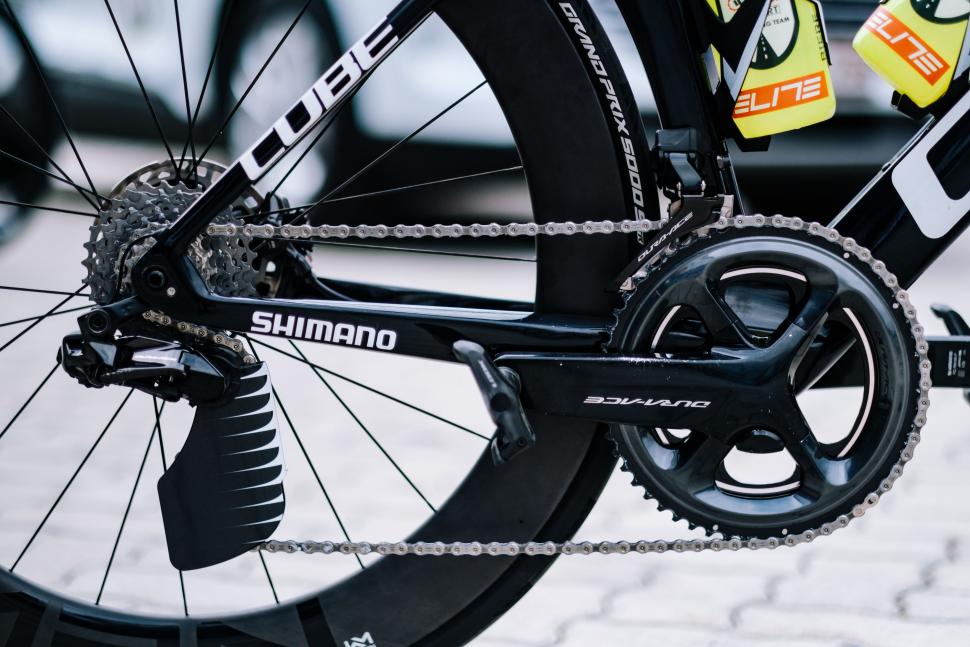 We've known this was coming for a while, with first sightings of a mysterious-looking pulley wheel system popping up at the Giro d'Italia and on the bikes of various pro triathletes back in early May; in the photo above taken at the Giro, the logo was blanked out on this bike belonging to an Intermarché–Wanty–Gobert rider.

While the full announcement has been pretty spontaneous, only landing in our inboxes last night, CeramicSpeed has three versions of the new cage ready to ship worldwide right away.

Among the things to be confirmed are that the cage was developed with Simon Smart, the aerodynamics guru who founded Drag2Zero, with CeramicSpeed saying it worked with Smart on the project for a whole two years. We know that the outer cage material is carbon reinforced PA, and the pulleys are aluminium as they are on the standard CeramicSpeed OSPW. 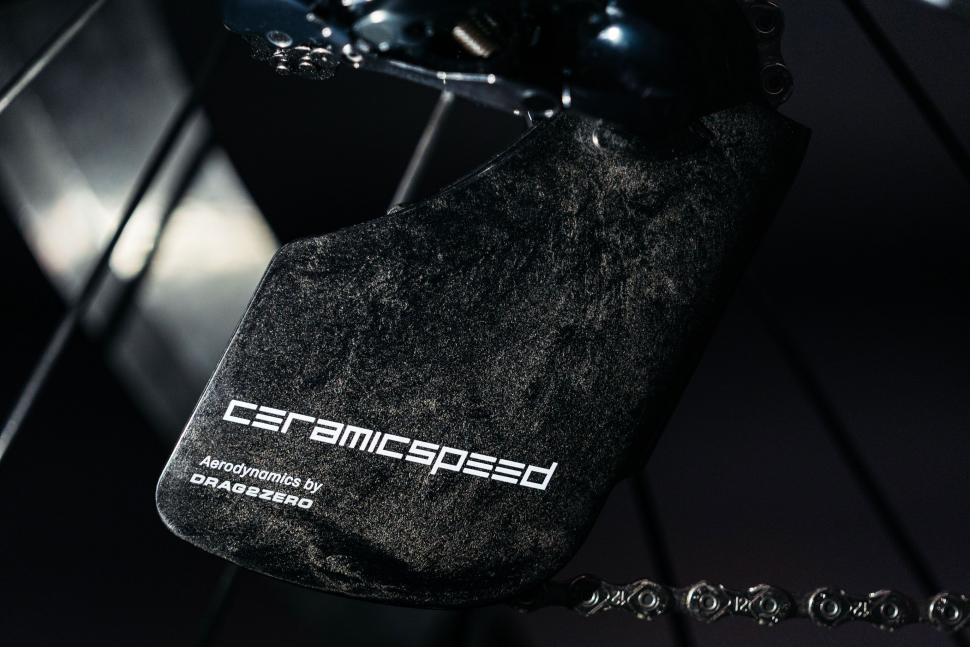 The white paper for the OSPW Aero provides a number of calculations and graphs to show why this one is purportedly faster, with CeramicSpeed making an interesting admission about potential aero benefits of oversized pulley systems in general:

"The wind tunnel data, expressed in CdA, proves the shape of the pulley cage is more important than the size of the cage when it comes to total drag" says CeramicSpeed.

"While the original CeramicSpeed OSPW System was not developed specifically for aerodynamics, the sculpted aerofoil shaping presented benefits over the square edged stock pulley cage. To determine the maximum benefit possible, radical pulley cage designs were tested and showed to be exceptionally aerodynamic. However, the mechanical functionality limits for derailleur body clearance and chain path dictated the limits of the OSPW Aero cage design."

This means CeramicSpeed and Smart needed to find a 'sweet spot' between aero and mechanical benefits, with the design focussed on the frontal area impact as well as "smoothing and controlling the trailing wind." 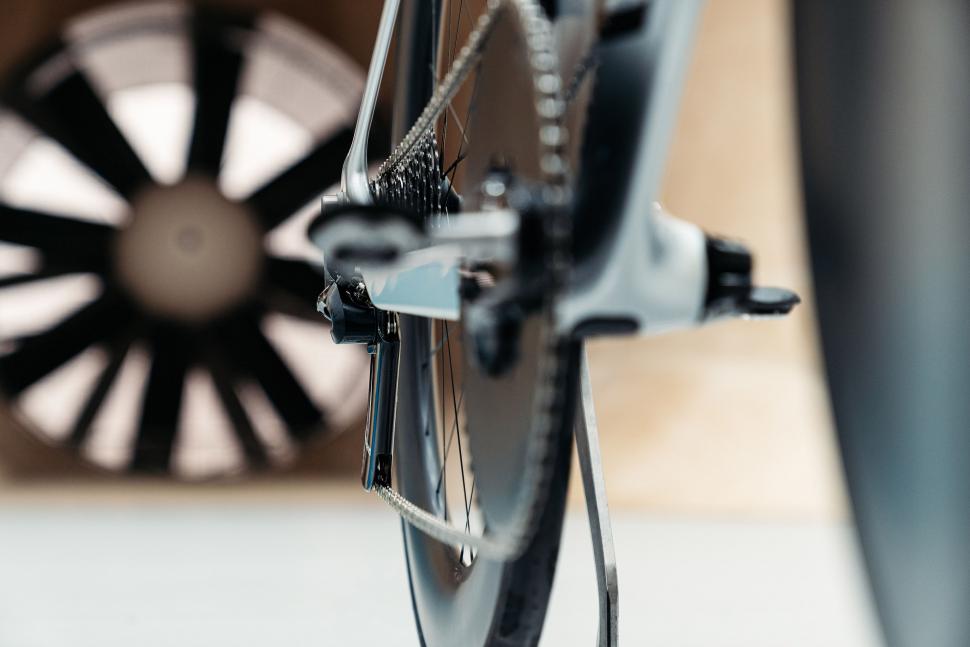 CeramicSpeed says it did numerous tests outside with an anemometer to measure the crosswind angles in varying conditions, which informed its set-up for wind tunnel testing. Tests were conducted with Canyon and Scott time trial bikes and numerous aero road bikes; and although in "an ideal world" CeramicSpeed would have tested with a rider on the bike, it claims this would have proven too tough to map out the small design tweaks needed to perfect the product, so all wind tunnel results were from testing bike-only. 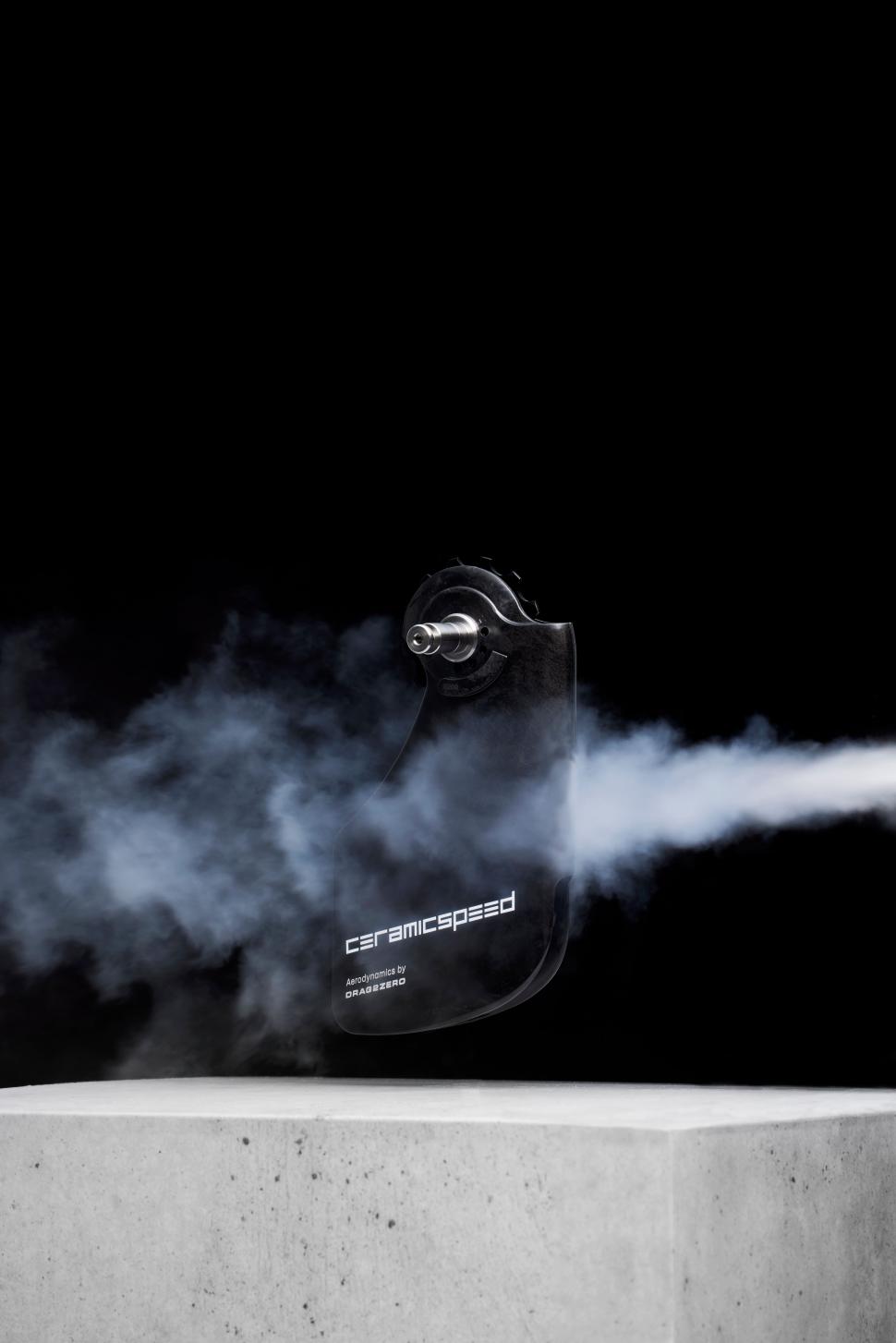 With the derailleur cage only accounting for 1% of the total system drag of a bicycle according to CeramicSpeed, any gains are going to be marginal; but for those aiming to finish at the very pointy end of their cycling and triathlon races every second counts, and the claimed savings are 2.5 seconds over a 25km time trial (riding at 50km/h) and 7.2 seconds over a 40km time trial. Even those at the less pointy end are catered for, with CeramicSpeed claiming a triathlete who averages 30km/h could save themselves over a minute over the 180km Ironman-distance bike leg.

There's no doubting this is a very marginal – and expensive – marginal gain, and the mechanical benefits of oversized pulley systems continue to be treated with suspicion by many cyclists: "If there was no doubting an OSPW is more efficient then surely everyone would be using it?" is the kind of thing we regularly hear from sceptics, with far from all WorldTour teams adopting them across their road and time trial bikes. With the new added aero benefits thrown into the mix, approved by one of cycling's most respected aerodynamicists, will this be enough to see the remaining elite teams make the switch? 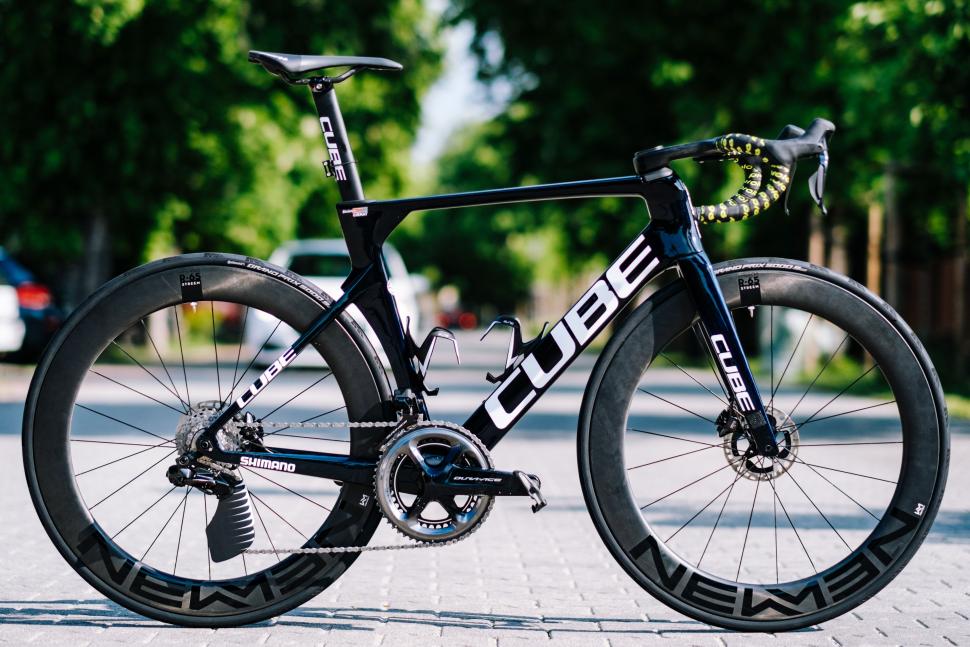 Pricing was rumoured to be around the 800 USD mark when the OSPW Aero was first spotted in early May, and that estimate was pretty much correct with CeramicSpeed confirming that all three versions at launch are €739/$799.

The euro price means UK customers will be paying around £633 at the current exchange rate, over £100 more than the existing CeramicSpeed OSPW for Shimano and SRAM groupsets. That makes it considerably more than the Absolute Black Hollowcage and any other oversized pulley system beyond special editions; in fact you could buy a whole Vitus Mach 3 VR Urban Bike Claris with change to spare instead, but we're guessing two years of picking Simon Smart's brains and countless wind tunnel visits was never going to come cheap.

The three versions currently available are for Shimano 9250/8150, Shimano 9100/8000 and SRAM Red Force/AXS, with no Campagnolo version present at the time of writing. For your €739 you also get a 15ml bottle of oil for your pulley wheel bearings and a lifetime warranty.

You can head on over to CeramicSpeed's website to find out more.

* Not just a fairing, but also designed "in a structural manner" so as not to fall foul of UCI regulations