Silca tech of the week

Would you spend £116 on a computer mount? Plus the rest of this week’s tech news
by Anna Marie Hughes

Catch up with all of this week’s big – and not so big – bike and equipment news, including Silca’s updated computer mount, SiS’s “ground-breaking” study on fuelling for endurance riders, Hiplok’s neat-looking solutions for storing, securing and protecting bikes as well as riding equipment, Rapha clothing, and more…

Last year Silca unveiled a 3D-printed titanium computer mount that’s made in a unique latticework design and claimed it was six to 12 times stronger than designs made by traditional methods, weighs as little as 27g, and takes both Garmin and Wahoo bike computers.

The Mensola is certainly unlike anything else out there, and now Silca has released the next-generation of its computer mount which is called ‘Chisela’ and this updated model features a secure mount for lights or cameras underneath. 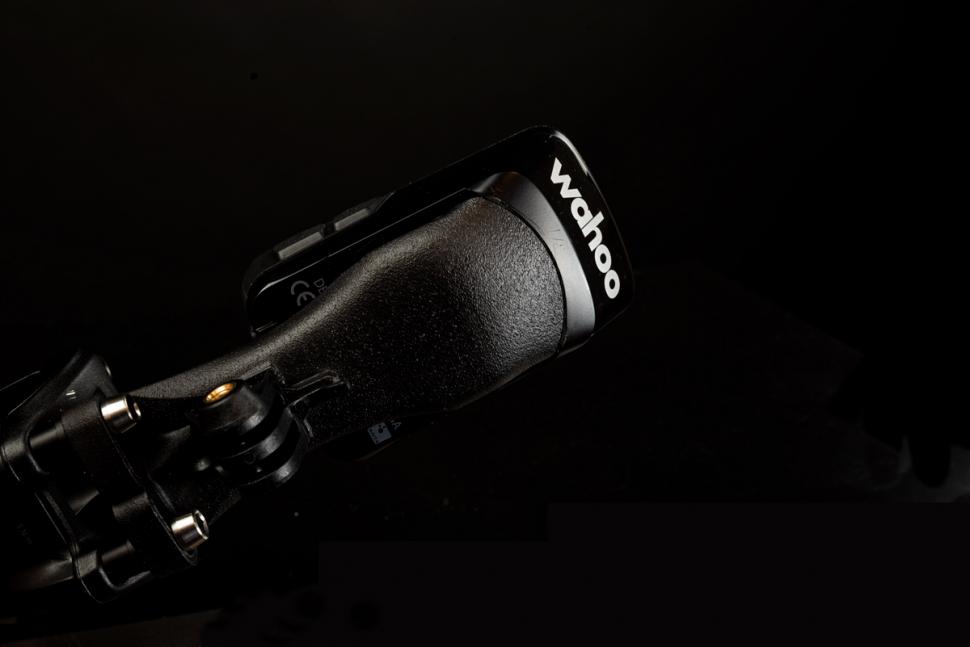 3D printing is said to have enabled Silca to remove traditional manufacturing barriers. “3D printing allows for unique, gyroid or hollow geometries inside to provide the strong infrastructure needed to handle the load for the computer and accessory mount,” says the brand.

Building on this, the Chisela has a 'T-Tray' mounting system inspired by the T shaped underfloor of an F1 race car. This is said to allow for quick-release style attachment of lights or cameras and offers more versatility for those who need it. Plus, Silca claims this T-Tray system adds virtually no additional weight and has no aerodynamic penalty while adding functionality.

Chisela offers two adjustable sizes (standard and wide) and Silca says it fits almost every handlebar stem with front-facing bolts, and additional designs have been developed to accommodate integrated stems/handlebar brands too.

For durability, Silca has coated the Chisela in Cerakote black. “It’s the world's leading ceramic coating for use in aerospace, military, and biomedical applications,” says Silca. “This high-performance ceramic coating increases abrasion resistance by more than 100 times while increasing corrosion resistance more than 1000 times over traditional metal finishes and paint coatings.”

The Chisela will set you back an eye-watering £116, but at least that's not quite as painful as the £175 price tag of the previous version.

Is this new scientific study about to change the future of sports nutrition for endurance riders? Nutrition brand Science in Sport has been researching ways into unlocking optimum performance potential in elite endurance athletes and has announced the publication of a new scientific paper in the Journal of Applied Physiology which is claimed to change everything you thought you knew about endurance fuelling.

The new study shows that endurance cyclists can tolerate 120 grams of carbohydrate per hour to promote high carbohydrate availability during exercise with no gastrointestinal distress, significantly higher than the current recommended intake of 90 grams per hour. It also shows that this can be achieved through liquid (drink), semi-solid (gel), and solid (jelly chew) forms as well as a combination of the three.

The SiS Beta Fuel product range is for endurance athletes and is designed to be used during prolonged exercise in excess of 2 to 2.5 hours in duration.

Hunt has added the 7387 and 8387 to its Aerodynamicist Carbon Disc range, with these two new options being the first in the collection to feature independent front and rear rim profiles, which are said to provide the low drag while maintaining crosswind stability. “The aerodynamic design approach addressed the differing aerodynamic demands of front and rear wheels as part of the whole system to deliver maximum confidence in handling and exceptional speed,” says Hunt.

Two front wheel options in 73mm and 83mm depths are being sold, and these are both paired with an 87mm deep rear wheel, offering riders the choice between two different wheelset systems depending on the conditions, as well as their preferences and goals. The wheels also feature differing external rim width profiles, the front is 34mm wide, while the rear is 30mm.

When simulating aerodynamic performance in the context of the asymmetric wind conditions on-course at Kona (World Triathlon Championships), the 8387 (1796g) is claimed to deliver industry-leading aerodynamic benefits, while maintaining exceptional crosswind stability and handling characteristics.

The shallower 7387 (1776g) performs only 0.35W slower than the deeper 8387 offering in the same conditions, while minimising steering forces and offering even more stable and predictable ride characteristics.

The new line up consists of the Organiser gear storage hanger, Flipstand compact bike rack and Ride Shield which Hiplok says is the first car and bike protector designed specifically for cyclists. Is this the ideal transportation option for cyclists looking to take their bike in a car? With the Ride Shield, Hiplok says it has solved the problem of how to easily and efficiently transport your bike inside your car, protecting your bike while keeping the interior clean from oil, grease and mud.

Designed to fit any car with the rear seats folded down, the loop system should fit over the front seats to sit securely in place while the padded tailgate cover should help protect the bike and car from bumps and scratches.

Another useful looking touch is the integrated security cover that hides the bike from unwanted eyes, plus a large gear storage pouch has also been included for packing your shoes, helmets and other equipment. This is designed to be a compact and lightweight solution for carrying out basic cleaning and maintenance on your bike where there isn’t space for a big bike stand.

It consists of two handlebar stabilisers and a saddle protector, and is designed to work with the bike flipped upside down. Hiplok says this “allows you to access and work on the bike in a convenient manner without damaging controls or dirtying the grips and saddle". Designed to help you efficiently keep cycling and outdoor gear in one place, the Organiser storage hanger has two large storage pockets to fit helmets and footwear as well as integrated elasticated straps for tools and accessories.

It works with Hiplok’s Airlok high security bike hanger and is compatible with coat hangers.

Shokz has brought out a mini version of its OpenRun headphones

Shokz (formerly known as AfterShokz) is introducing the OpenRun Mini to its bone conduction headphone range, with the new model being a smaller version of the OpenRun to create a snug fit on smaller heads.

The OpenRuns are slim, comfy, and come with a handy fast-charge option so you'll never have to leave for a ride without some music motivation. Plus, with the open-ear design you'll be able to stay well aware of your surroundings on the road.

> Read our full review of the model here

Designed with a tighter fit, the OpenRun Mini's have the same features as the OpenRun's, including an eight hour battery life, 10 minute quick-charge function, IP67 waterproofing and are made of a lightweight 26g flexible titanium frame.

Available on Amazon, the new OpenRun Mini costs £129.95 which is the same price as the standard size version. How did Mark Cavendish return aged 36 from illness, setbacks and clinical depression to create history by equalling the all-time record for Tour de France stage wins? Mark Cavendish’s ‘Tour de Force: My history-making Tour de France’ is coming out on 26 May, and it’s his account of 2021’s “miracle tour”.

Despite winning an astonishing 30 stages of the Tour de France, before July 2021 the Manxman had not won a stage of any grand tour in Italy, Spain or France since 2016. He was only included on the Deceuninck Quick-Step team at the very last minute, but Cavendish set about claiming back the green sprinter’s jersey he first wore in 2011.

Will you be adding this to your reading list?

Get yourself some EF pro kit Is this the coolest kit in the men's and women's peloton? We hear that a lot of people think so and if that's you, now your chance to rock this kit yourself.

The male and female pros are competing in this kit which has the same design but with a subtle colour variation. The design is described as a "modern interpretation of the Argyle pattern", and has been exexcuted through "creative coding and image/pattern manipulation".