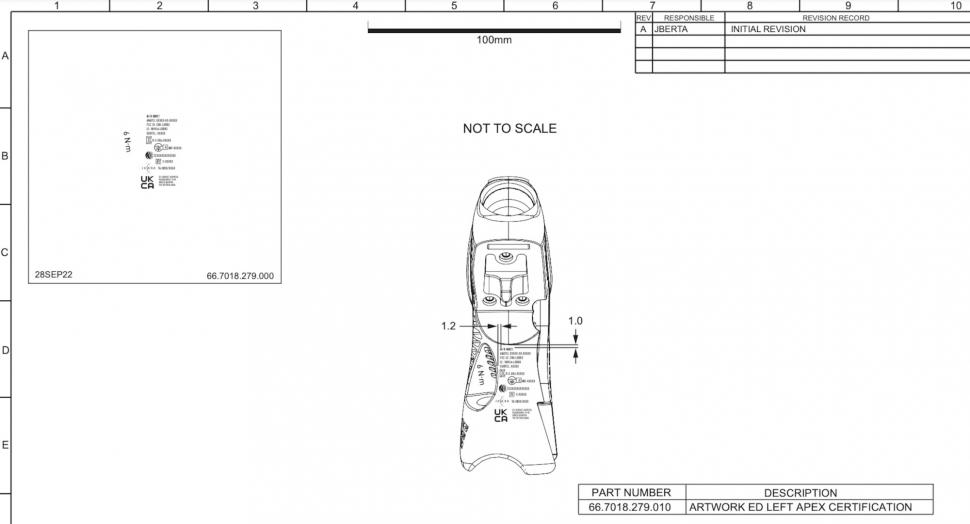 Will wireless shifting become the norm? SRAM Apex eTap groupset is on the way

SRAM’s fourth-tier Apex groupset will follow Red, Force and Rival in offering eTap electronic shifting according to documents filed with the US Federal Communications Commission (FCC) in the past few days.

Forms of wireless communication are licensed by the FCC in the US, and although most of the documents SRAM has submitted are currently confidential, others are free for the public to access.

This drawing (main pic) showing the label format and location of a shifter, for example, is labelled ‘Apex’. The shifter wouldn’t need to be filed with the FCC unless it was communicating wirelessly. Other documents provide Bluetooth and Airea test reports. Airea is the encrypted wireless communication protocol that SRAM uses for its existing eTap components.

Unfortunately for us, the photographs of the products and the user manuals have been granted short-term confidentiality. The titles of the user manuals refer to ‘eTap AXS’ – the same name that SRAM uses to refer to technology from higher up the range so it’s almost certain that SRAM plans to trickle existing tech down.

SRAM first announced eTap wireless shifting back in 2015 – SRAM Red eTap. The tech has been updated since then and extended to the Force and Rival groupsets, but the shifters have always communicated wirelessly and the derailleurs have always been powered independently, each with its own rechargeable battery.

Entry-level Apex has been something of a poor relation in SRAM’s range over recent years. It was updated in 2016, going from 10-speed to 11-speed, but SRAM has moved all of its other road groupsets up to 12-speed since then. Apex is well overdue some attention. 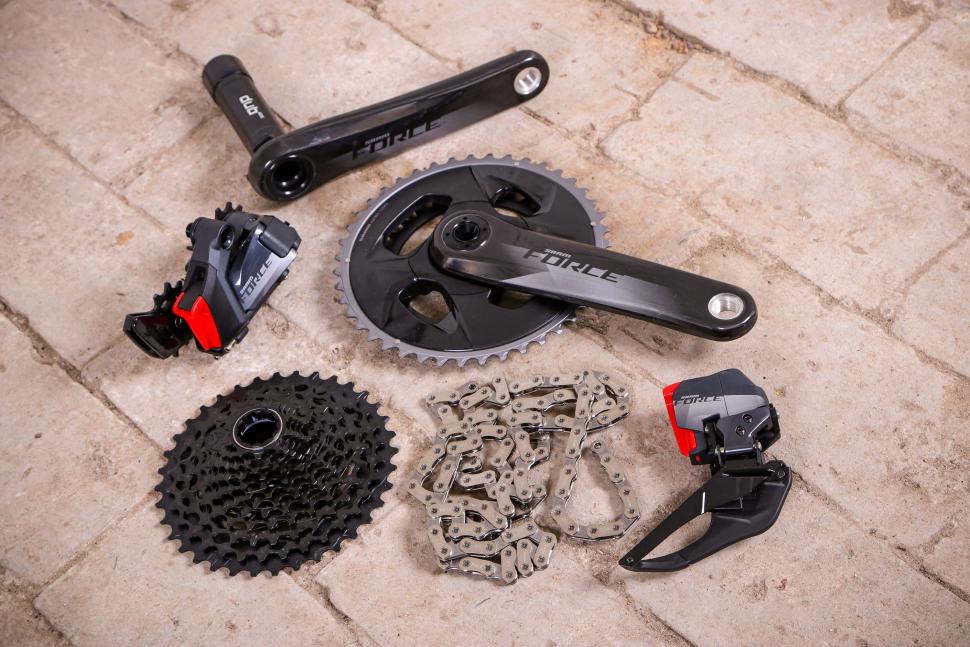 Apart from electronic shifting, what is the SRAM Apex eTap AXS groupset likely to offer? A move to 12-speed is extremely likely given that SRAM has already done the design work for its higher-level groupsets. An extra sprocket would be a point of difference from Tiagra, Shimano’s fourth-tier road groupset. Tiagra is still 10-speed although that’s likely to change in the next revamp (the last update was in 2019).

Beyond that, it’s a question of how much of Rival’s technology SRAM is willing and able to trickle down to Apex eTap AXS. Rival’s electronics are exactly the same as those of Red and Force – the same motors, switches, batteries, and so on – so it’ll be interesting to see if all of that continues to Apex.

Of course, when it introduced Rival eTap AXS, SRAM had to make changes to reduce the price. For example, the rear derailleur was given a spring clutch rather than the Orbit fluid damper system found on Red and Force, and you can't add auxiliary remote shift buttons to the normal drop-bar shifters. There are likely to be similar cost-saving tweaks with SRAM Apex eTap AXS.

> Read our review of the SRAM Rival eTap AXS groupset

Hydraulic disc brakes are a given – they’re already included in SRAM’S Apex 1 groupset – but will we see a power meter? The Rival AXS power meter (below) uses unique tech so it would make sense for SRAM to transfer it over in order to get the most from its R&D costs – but that’s pure guesswork. 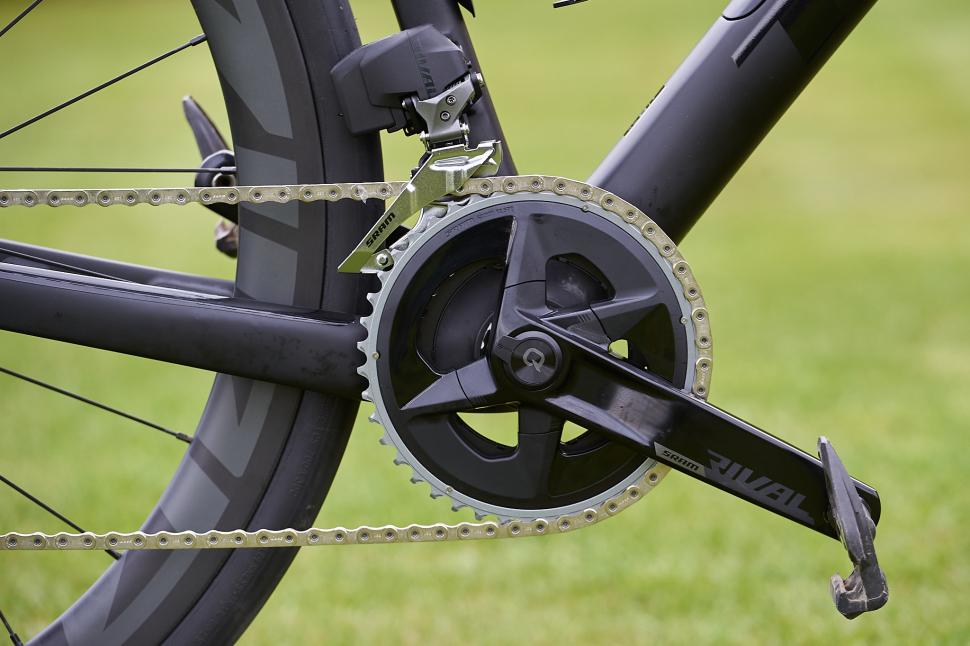 SRAM’s formula for making its electronic road groupsets also suitable for gravel is also likely to continue. Shimano offers GRX and Campagnolo has Ekar specifically for gravel, but SRAM offers gravel-friendly options within Red, Force and Rival and there’s no reason for that to change.

In terms of pricing, SRAM Apex eTap AXS will be cheaper than Rival eTap AXS. You can find SRAM Rival eTap AXS on bikes like the £2,800 Boardman SLR 9.4 Disc Carbon, although that price is unusually low. At £5,050, the Trek Domane SL 6 is a more typical price.

When is SRAM Apex eTap AXS likely to be launched? Those manuals and photographs filed with the FCC (above) are confidential for six months – until 28 May 2023 – so we’re guessing that we’ll hear something officially in the first half of next year.