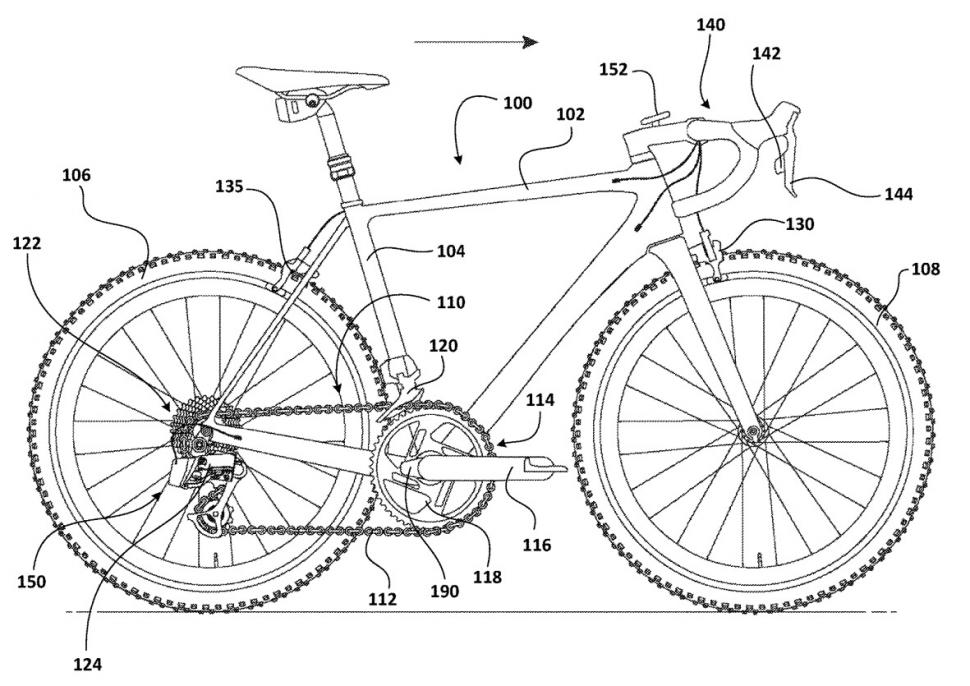 New patents suggest an ERG mode out on the road could be a possibility, and that the long-rumoured e-bike drive system is on the way too
by Mat Brett

SRAM has developed plans for automatic shifting – making something like a turbo trainer ERG mode possible out on the road – and patents suggest that its long-rumoured plans to introduce an e-bike drive system are getting closer to fruition.

A SRAM patent published yesterday (US 2022/0388602 A1) covers automatic shifting based on crank arm torque and pedalling cadence. The design allows the changing of gear if your power and/or cadence strays out of pre-determined bands. This one is designed for an e-bike system that SRAM is developing – which has been rumoured for ages although the US brand has never confirmed it. More on that in a mo; it’s a big development in itself. 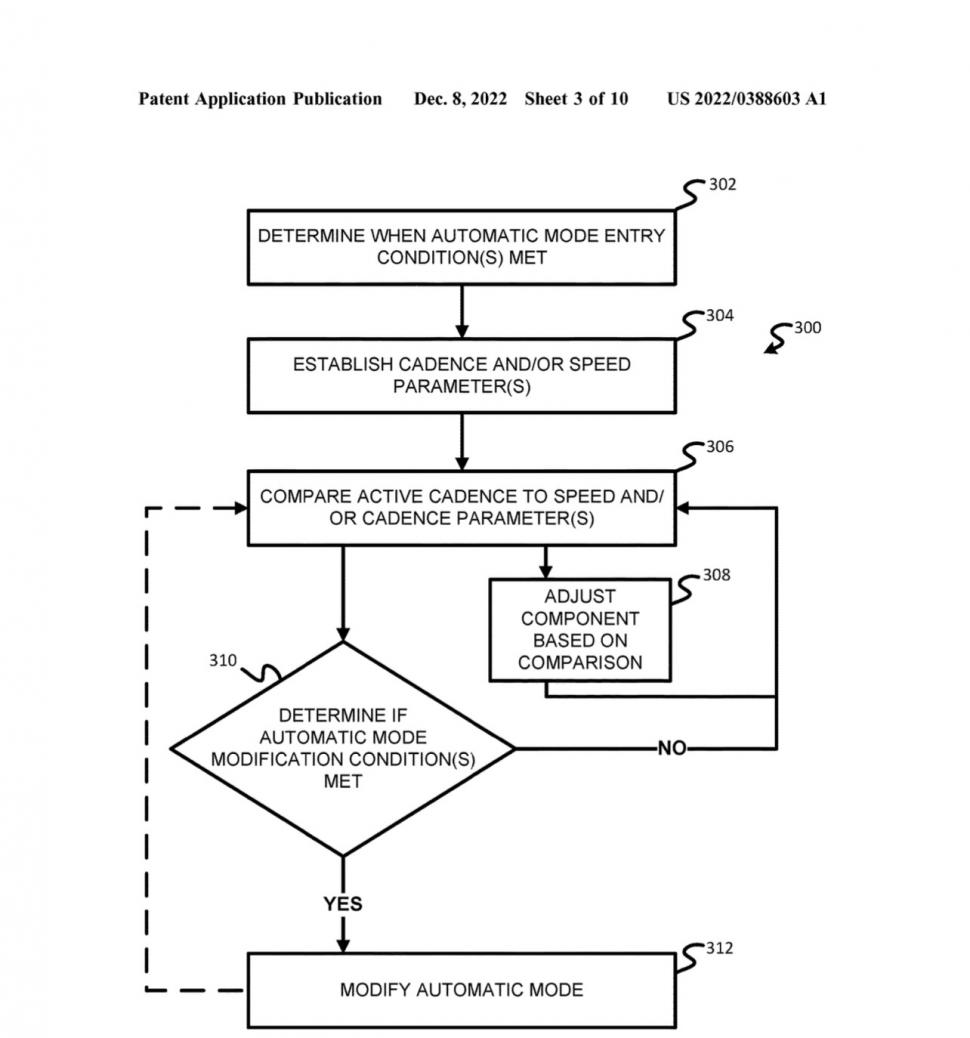 A separate patent (US 2022/0388603 A1) covers similar ground but this one looks like it’s for SRAM’s existing eTap electronic shifting. When in automatic mode, sensors measure cadence and/or speed and if “automatic mode modification conditions” are met, the system will shift gear. That can be via a rear derailleur, a front derailleur, or an internal hub gear.

As well as keeping you in a comfortable gear, this could in theory be used as the basis of something like a turbo trainer ERG mode – which forces you to hold a certain level of effort – but out on the road. Say you want to hold 250 watts but you’re slipping below that – the system could automatically stick you in a bigger gear. It wouldn’t be able to increase the resistance in the same way as a turbo trainer, but it has the potential to be an interesting training tool.

> What is ERG mode on your turbo trainer and how should you use it?

The system could also be used to help train you to ride at a Chris Froome-esque high cadence. You could set a very high target cadence and the gears could change down automatically to help you stay at that tempo. 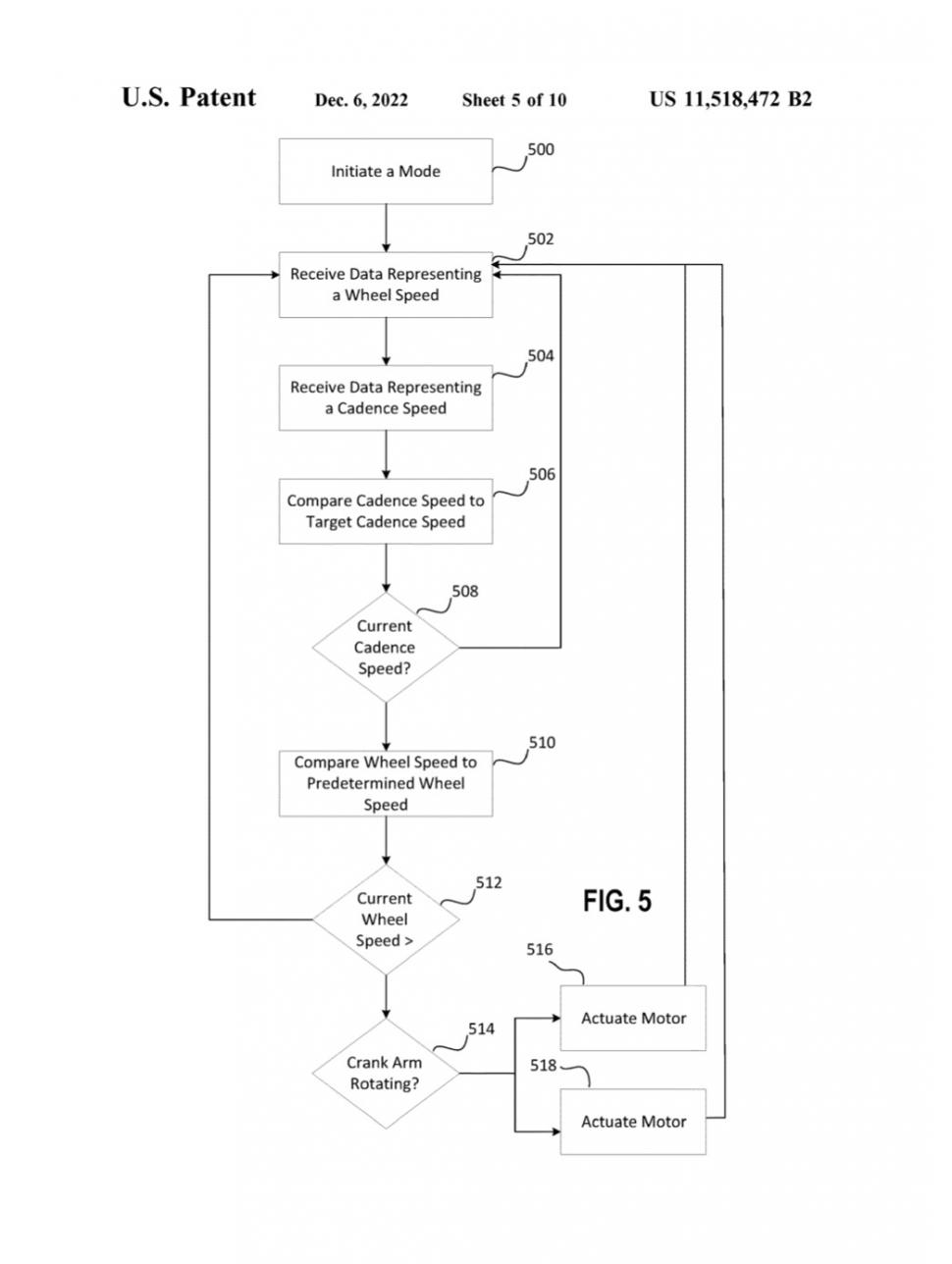 This is very different from Shimano’s current Di2 Synchro Shift system which still requires manual input. You can have Synchro Shift move you to the next gear up or down on command, and that might involve shifting both the front and rear derailleur to get you to the right ratio, but the shift is always initiated by the rider.

Shimano does, though, have Auto Shift for e-bikes which “delivers comfortable pedalling throughout your ride and eliminates gear shifting stress”. It uses speed, torque, and cadence sensors and, as the name suggests, shifts automatically to help you “ride with a smooth and steady pace when riding uphill, into headwinds, or when you're feeling worn out.”

> Will wireless shifting become the norm? SRAM Apex eTap groupset is on the way

As mentioned above, SRAM has also patented a system to help control an e-bike, fuelling speculation that we’re likely to see a complete e-bike drive system from the US brand soon. 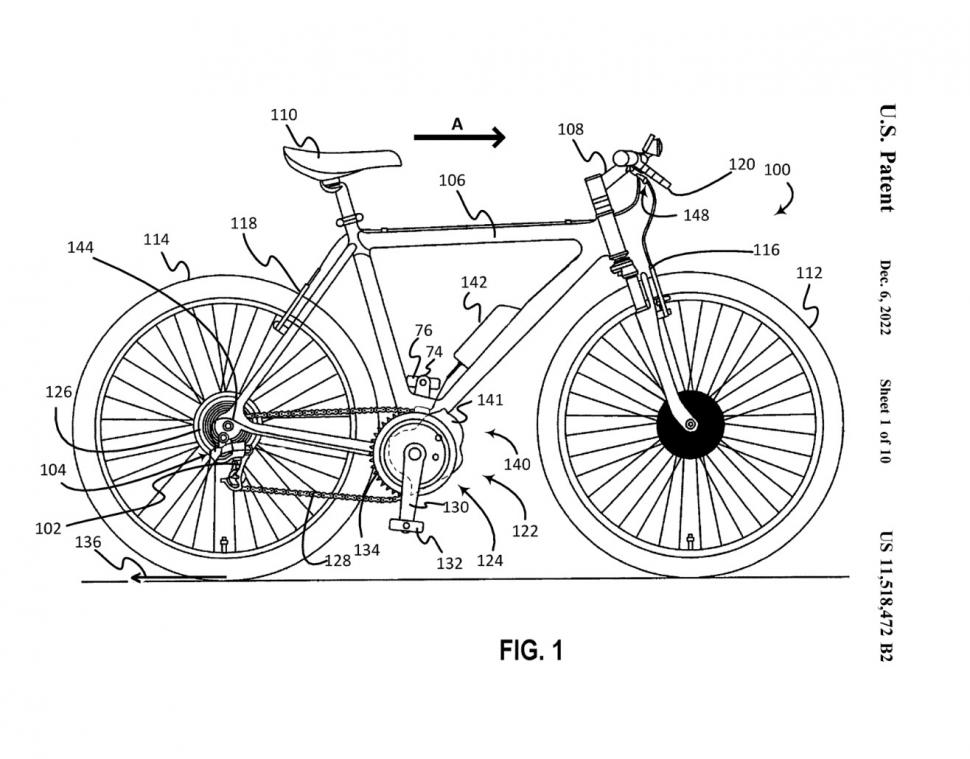 The patent (US 11,518,472 B2), which comes from SRAM’s US team, describes wheel speed and crank cadence sensors providing information to a bike-controlling device that activates the motor and derailleurs based on these measurements.

The rider decides on the mode they’d like to ride in and then the system compares the crank cadence with the target cadence and compares the wheels speed with the predetermined wheel speed. If those measurements don’t correspond, the motor automatically kicks in.

The system also determines whether you’re riding the bike, and won’t provide power or change gear if you’re pushing it.

The fact that SRAM is working on e-bike systems is hugely significant in that it’s not an area that its range currently covers. 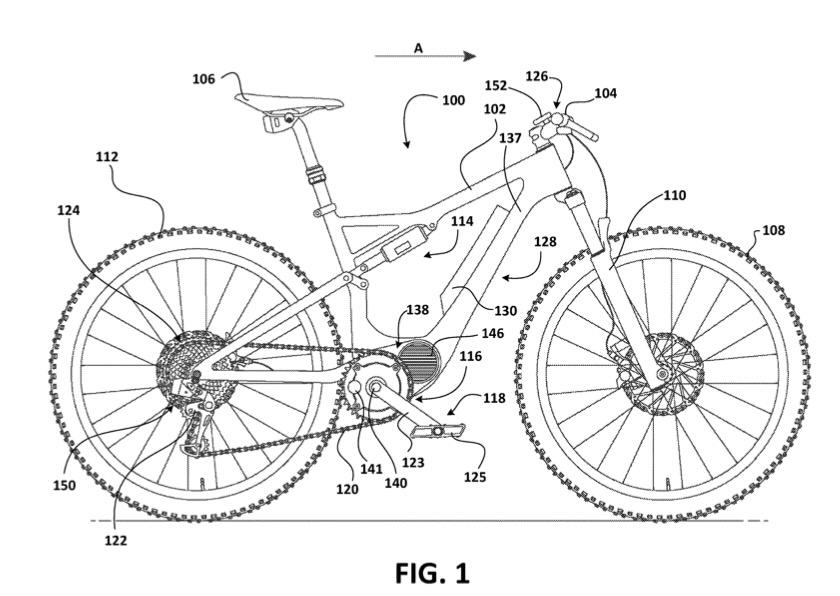 We know that SRAM has also worked on an electric bicycle drive unit thanks to a patent (US 2022/0332389 A1) granted to its German team.

According to the patent, this is important for handling because a higher centre of gravity “impairs cornering and increases the risk of rollovers during strong braking deceleration or in steep downhill sections”.

Considered together, these patents suggest that SRAM has invested a lot of R&D time in the e-bike market. Plus, Pinkbike spotted a SRAM e-bike motor being used back in June, so we know that the brand has gone well beyond the theory stage and is building prototypes.

We’d say that SRAM is gearing up for a launch at some point but we have no idea when. That said, we’re expecting a new top-level SRAM Red groupset sometime next year so perhaps that would be a good time to introduce automatic shifting.