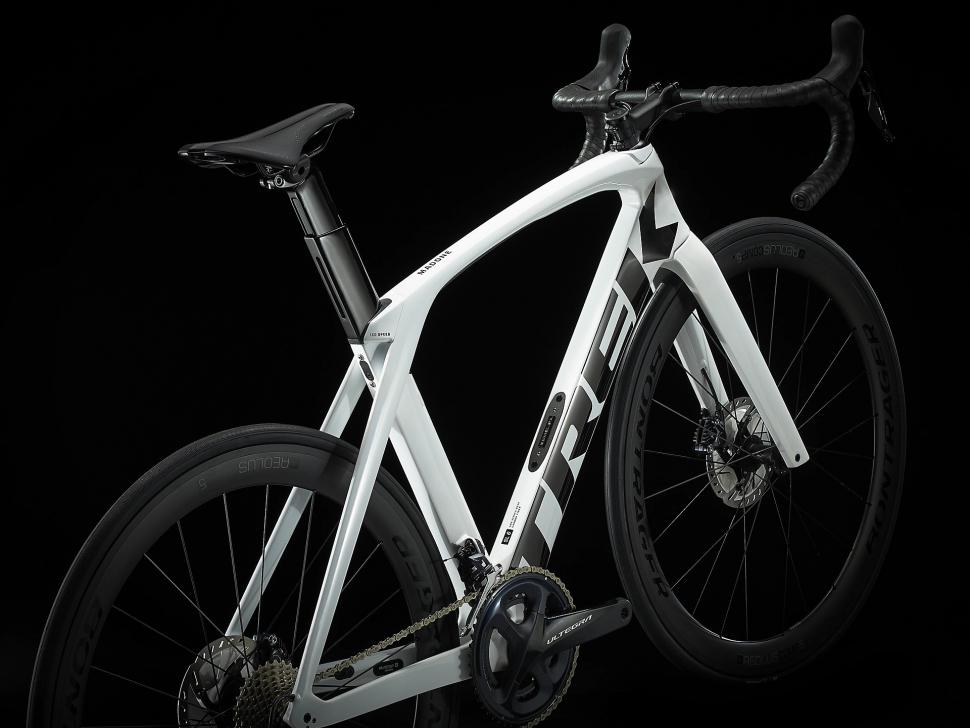 A small change, but the threaded bottom bracket will be appreciated by many home mechanics
by Liam Cahill

Trek has brought the more affordable Madone SL model into line with its top-end Madone SLR bike for 2022 with a move from the BB90 press-fit bottom bracket to the T47 threaded standard which Trek now uses across its range of road bikes. The other changes include a splash of fresh paint and there is a small price bump too. 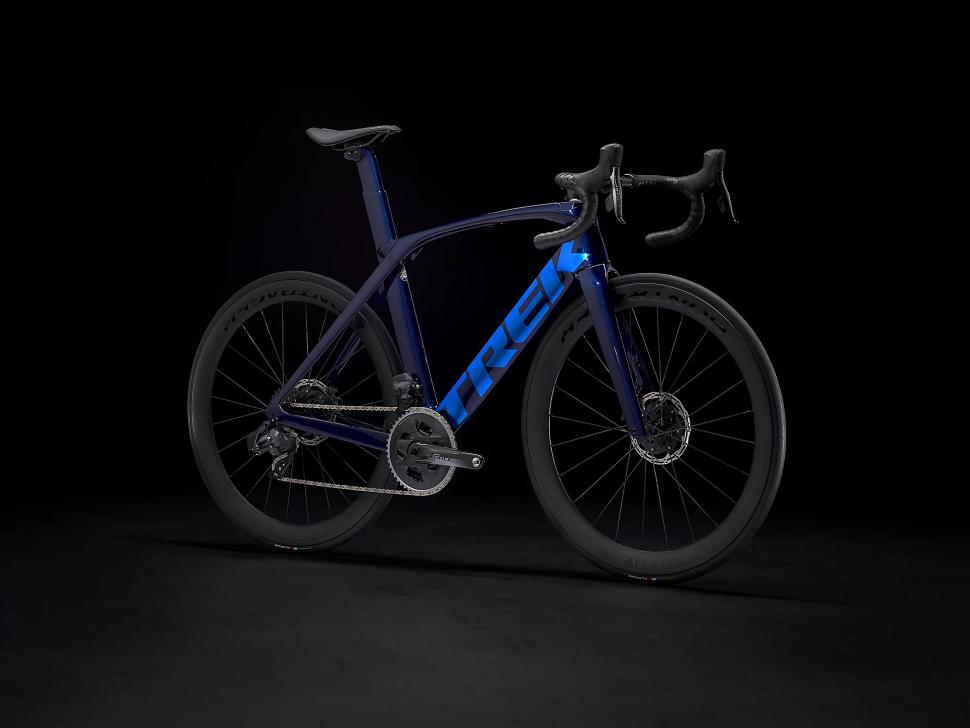 Cast your mind back to the glorious year that was 2019 and the first thing that you’ll remember is, obviously, that Trek started using the T47 bottom bracket standard, first introduced by Chris King and Argonaut Cycles a few years ago, on its Domane endurance road bike. The thinking was that the Domane was a bike that many riders would ride in a range of conditions, not just on beautiful sunny days, and so the bottom bracket should be easier to replace than Trek’s then standard BB90.

That BB90 system is a press-fit standard that saw cartridge bearings pressed into the carbon bottom bracket shell. A common complaint of any such system is creaking and the annoyance of having to buy an expensive bearing press just to give your bike a fresh set of bearings. Thankfully, bike designers have been listening to us common folk and having asked for threaded systems, we have been given them, along with their more affordable installation tools. Trek started with the Domane, but then also used T47 on the redesigned Emonda which launched last year. Now, the more affordable SL model of Trek’s aero race bike has been treated to a threaded T47 bottom bracket.

T47, according to Trek, allows them to make the bottom bracket shell nice and wide, giving plenty of stiffness right where it is needed thanks to a large down tube and chunky chainstays. 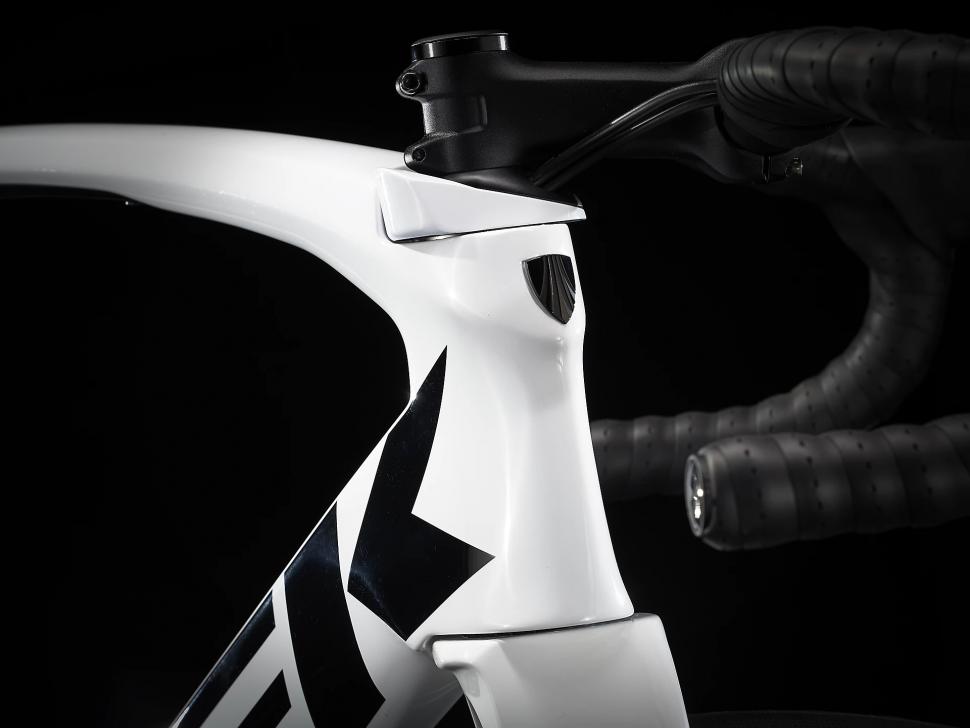 Aside from the change to a new bottom bracket, Trek has kept the changes limited to a lick of fresh paint. 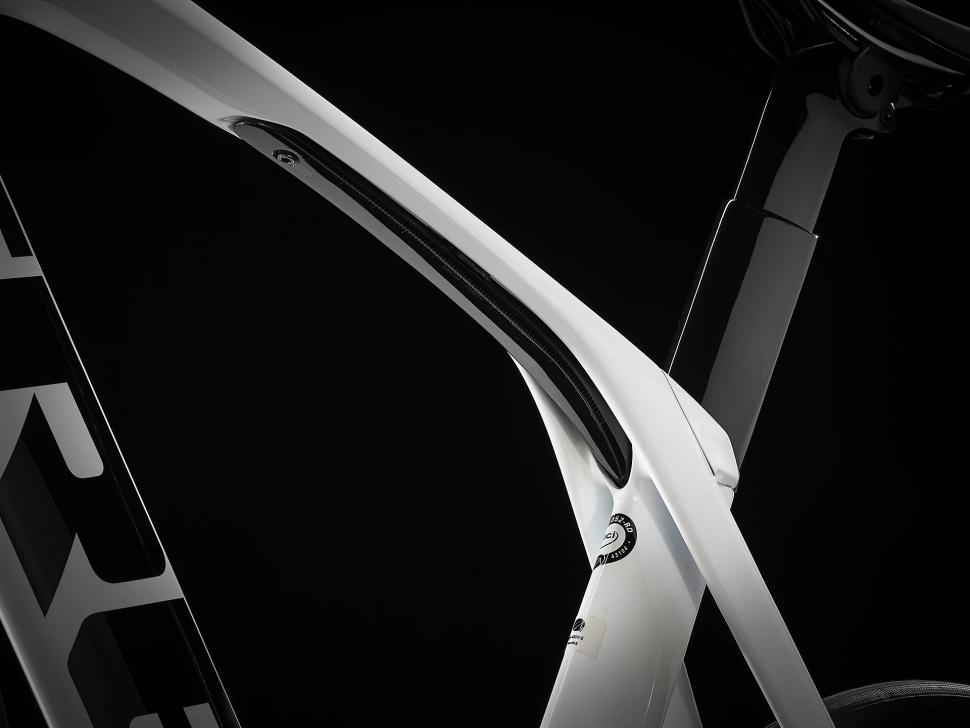 You'll find all of the same tech and geometry as the 2021 version, so if you'd like to read more about that we've already had a close look at the frame features. 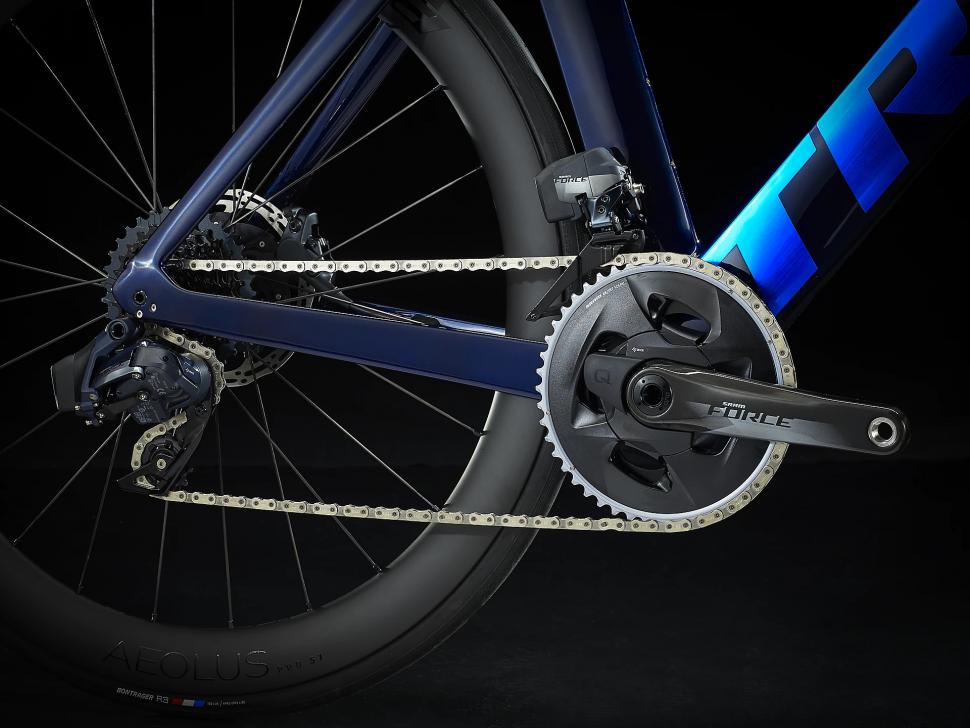 There are two models available, one from Shimano in the form of the mechanical Ultegra R8020 groupset with its hydraulic disc brakes, and one Sram model that upgrades you to electronic shifting thanks to the Force eTap AXS groupset. The latter bike gets a built-in Quarq power meter and also uses Bontrager’s new Aeolus Pro 51 wheels, which were launched shortly after the 2021 Emonda.