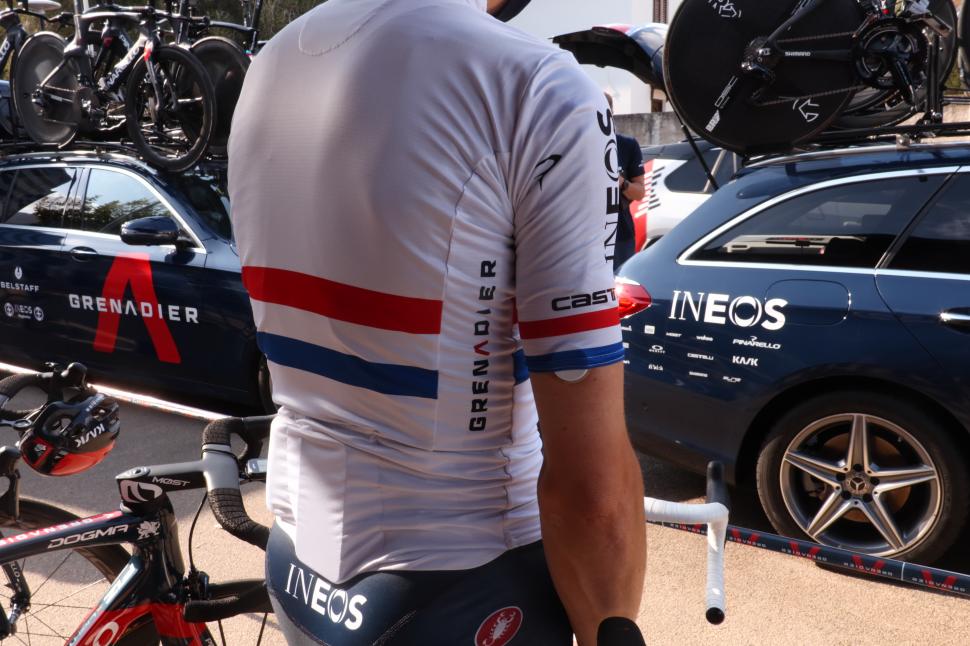 Supersapiens technology banned before it could be used in the Tour de France.
by Liam Cahill

Among a selection of minor changes published last week, the UCI has introduced rule 1.3.006bis, banning the in-competition use of devices that capture information on metabolic values including, but not limited to glucose and lactate.

The announcement will come as an unwelcome one for Supersapiens, an American brand that, using blood glucose monitoring technology from Abbot, has been making real-time information on a rider’s blood glucose levels easily available, with the data accessible via a smartphone app as well as on cycling computers.

Supersapiens has been rapidly expanding the number of professional cycling teams that it is working alongside, but the UCI’s ruling will mean that its product cannot be used within any sanctioned event.

In a statement to road.cc, a spokesperson for Supersapiens said:

"While we haven’t received anything official from the UCI around this topic as yet, we are extremely proud to be acknowledged by the UCI's Innovation Manager and former world champion, Michael Rogers, with such a powerful endorsement of Supersapiens as a training tool. We respect the decision of any governing body as it relates to their competition rules and remain committed to redefining the preparation of cyclists at all levels. We have appreciated the partnership through to this decision and will look forward to working closely with the UCI in the future, sharing research and insights from our global network of researchers and innovators, as we continue to help athletes go faster longer."

The UCI has not commented on the reasoning behind the decision to ban the devices which are now widely available to professional and amateur cyclists alike.

> What does the UCI-accredited sticker on your bike mean?

Other commenters questioned what this rule change will mean for diabetic races, where this technology has been used as a vital medical aid for a number of years. The tech regulations (which you can read here at your leisure) do contain a section regarding derogations, however, which could see diabetic riders exempt from the ban.

For the professional teams that have partnered with Supersapiens, this makes the blood glucose monitor a training-only device and, strictly speaking, amateur racers will be required to remove the devices too.

On brand. If they can’t understan’ it, they ban it.

While the UCI has banned the Supersapiens devices from its competitions, the opposite can be said of Ironman triathlon, who earlier this year announced Supersapiens as an official supplier.

We are currently awaiting comments from both Supersapiens and the UCI, and will update as and when we hear back from either.