What happens if you put a giant propeller on a bike? Plus new stuff from Rapha, Campagnolo, Ritchey, Selle Italia, Lezyne + more

We have loads of new stuff to tell you about this week from some of cycling’s biggest and best-known brands, but we’re starting with some intelligent silliness...

Can you build a propellor-driven bike?

A lot of thoughts float through your head on a peaceful Sunday morning ride, but probably not: “Wouldn’t this be better if my bike was driven by a hulking great propellor?”

Jason Marburger from Fireball Tool not only wondered it, he built a massively over-engineered propellor-driven bike to find out and put the results on YouTube. It’s a lot of fun and over six million people have watched the video so far.

Essentially, Jason ditches the chain so he’s not driving the rear wheel as he pedals. Instead, the chainset moves a belt that turns a propellor driveshaft, and it’s the propellor that provides the forward motion.

It’s stuff like this that makes you glad the internet was invented.

Rapha has launched a whole load of new clothing for spring and summer. 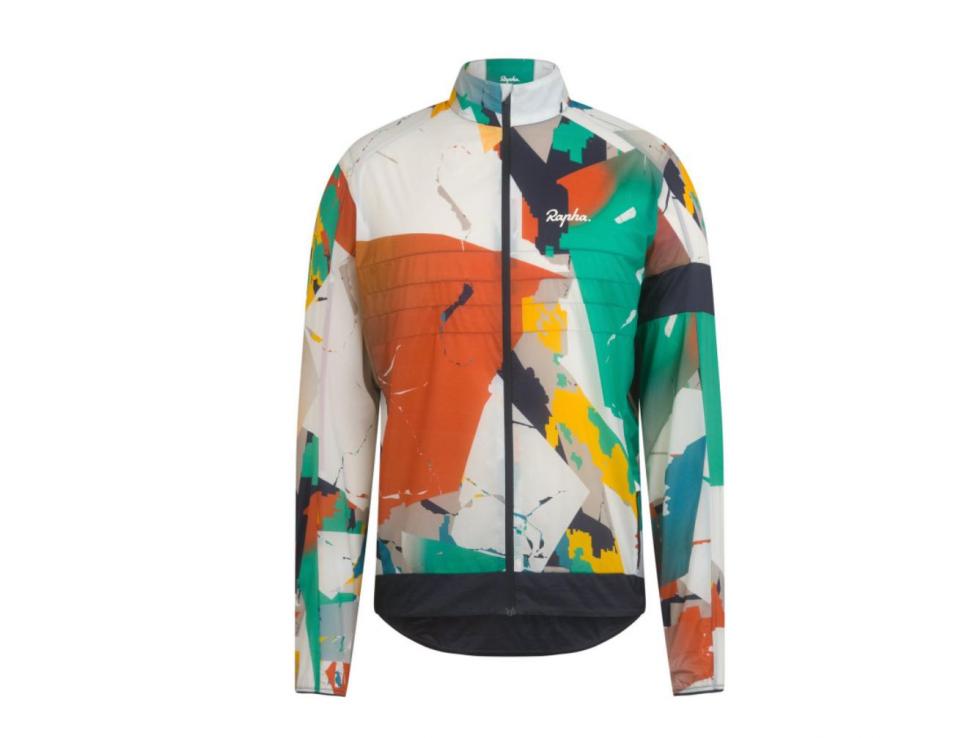 The limited-edition Explore Lightweight Jacket (£115), for example, is a wind blocker that’s designed for adventuring off-road.

The Explore Lightweight Gilet (£95) is made from the same 25gsm (grams per square metre) fabric. 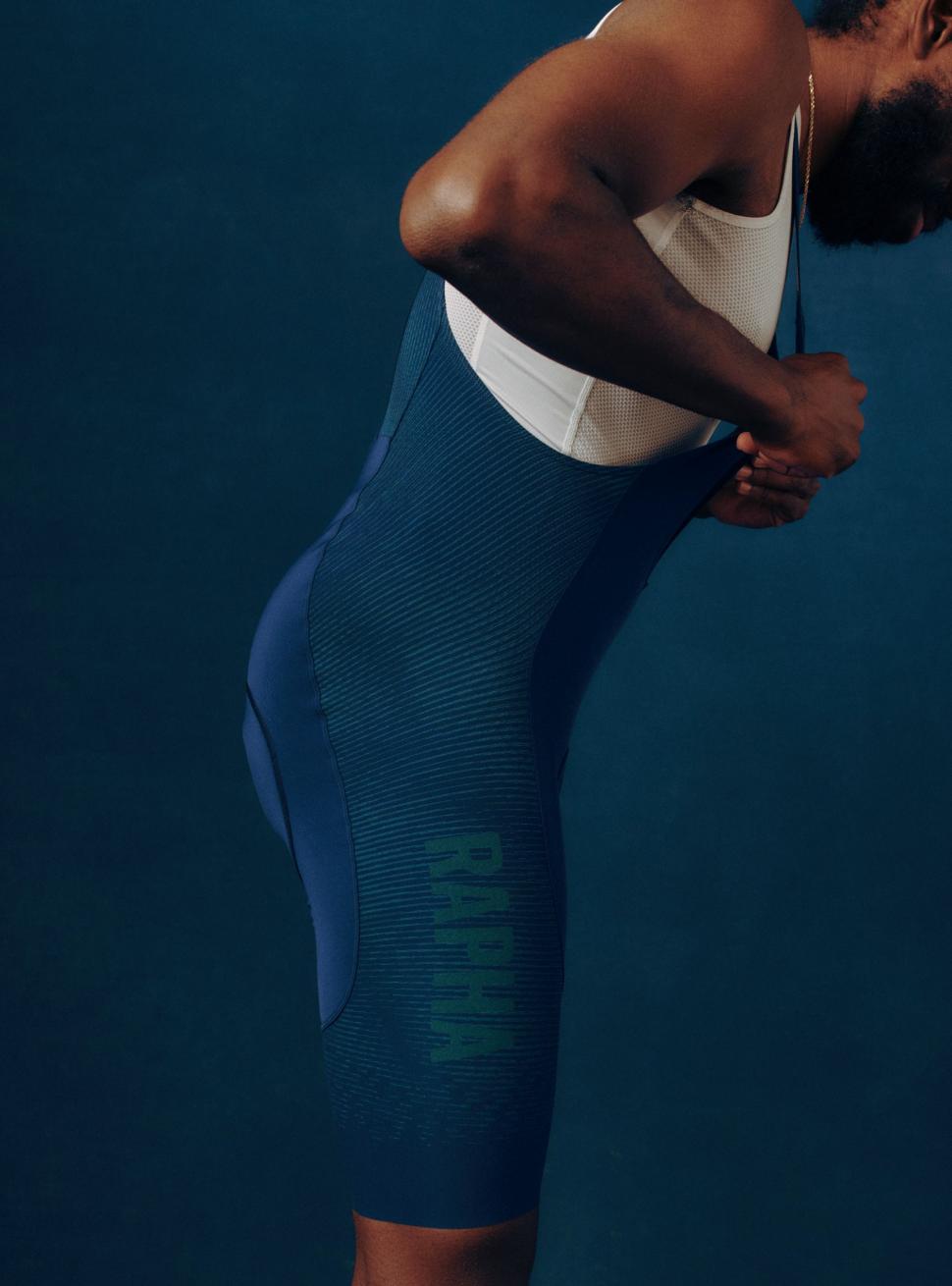 Rapha has relaunched its Men’s Pro Team Powerweave Bib Shorts (£295). It says these are its most technically advanced shorts and that the panel construction and lightweight race seat pad have been redesigned. 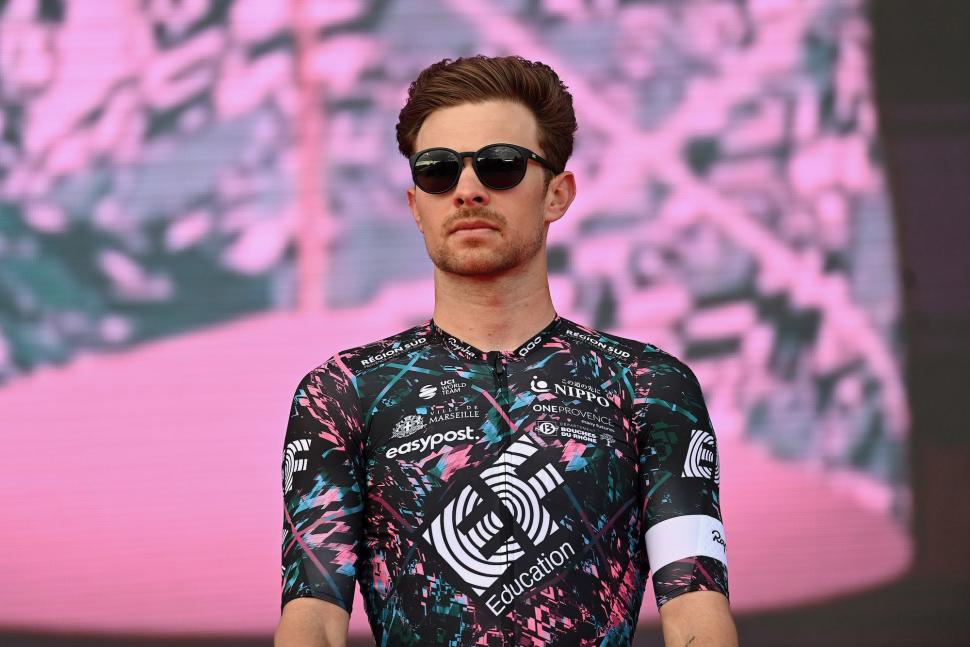 There’s a new EF Education-Easypost and EF Education-Tibco-SVB Switch Out Kit too. The Rapha-supported teams usually wear pink jerseys but the Giro race leader’s jersey is pink too so there would be a colour clash, hence the temporary kit that’s available in a limited edition. 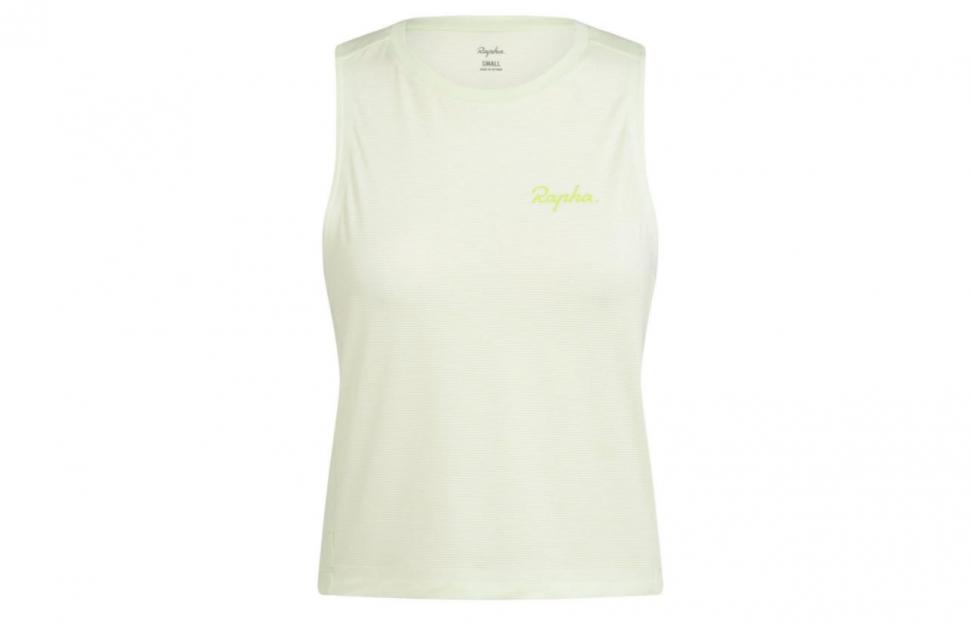 Finally, Rapha has a new Women’s Explore Tank (£55) that’s designed to be lightweight and breathable for off-road riding. 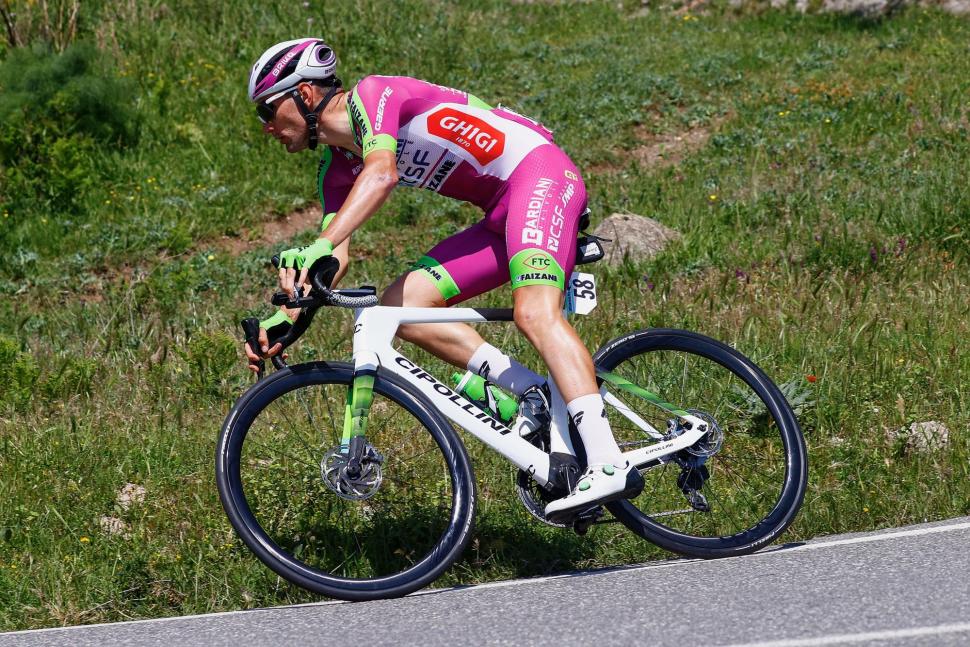 The Deda RS4DB wheels that we told you about in December have now made their professional debut with the Bardiani CSF Faizanè team in the Giro.

“The new RS4DB defines a new standard for performance and lightness of a tubeless disc brake wheelset,” says Deda. “The wheels feature a 38mm rim profile and a 26 mm width (19mm internal) designed to be fast and light on any course. The full carbon rim is moulded with a technology that allows the differentiated distribution of the thickness. The rim is reinforced in the nipple area and has reduced thickness out of the nipple area. This brings an important weight saving.”

The RS hubs have been engineered to be lighter – by 80g – than Deda’s SL hub, and more aerodynamically efficient. 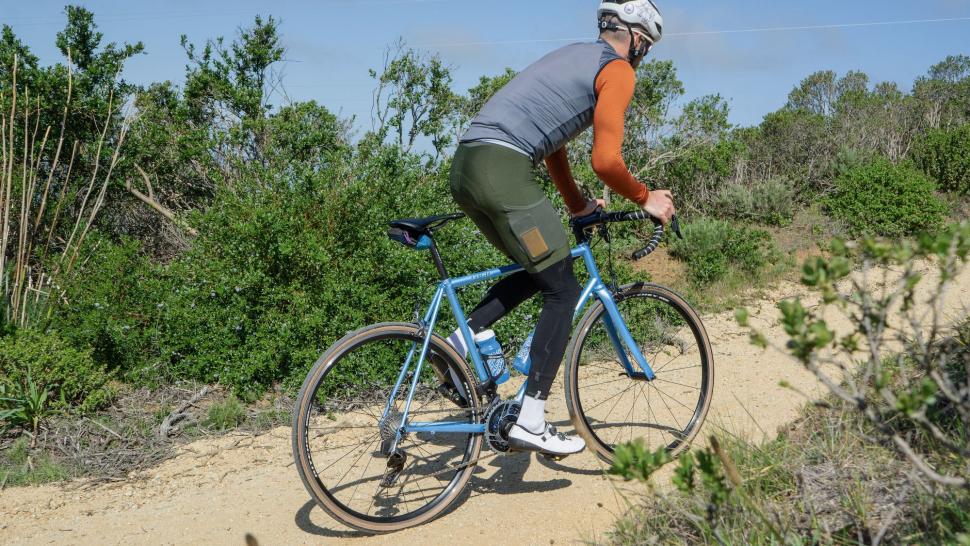 Tom Ritchey started building frames in his parents’ garage in California 50 years ago and there’s a Ritchey Road Logic to mark the anniversary. We had a quick look when we were at Sea Otter but the frameset is now available.

“The classic lines of this beautiful steel frame unite with modern building techniques and proven materials to deliver a contemporary bicycle that’s wonderfully comfortable for long days in the saddle, nimble and stiff enough to win the sprint for that sign, and adequately adaptable to endure roads that might lack proper pavement,” says Ritchey. 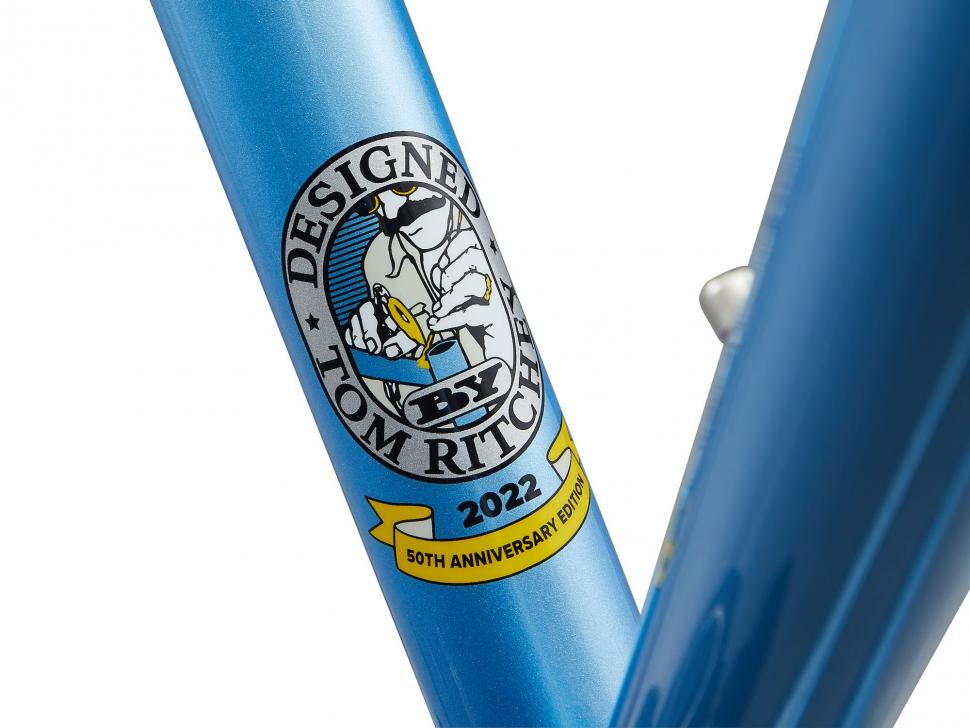 “As a homage to the rich history of Ritchey and its legion of iconic road bikes, the 50th Anniversary Edition frame is wrapped in a stunning Pacific Azul paint scheme and features logos that reference the company’s history and the influence Palo Alto, California has had on Tom.”

The frame is built with a heat-treated and triple-butted Ritchey Logic tubeset and features short-butted sections optimised for TIG welding. The frameset includes a Ritchey WCS Carbon Road fork

Only 150 of these framesets are available via select retailers in Europe and the Ritchey website.

Campagnolo haș a new range of casual clothing so you can show your groupset allegiance when you’re off the bike. 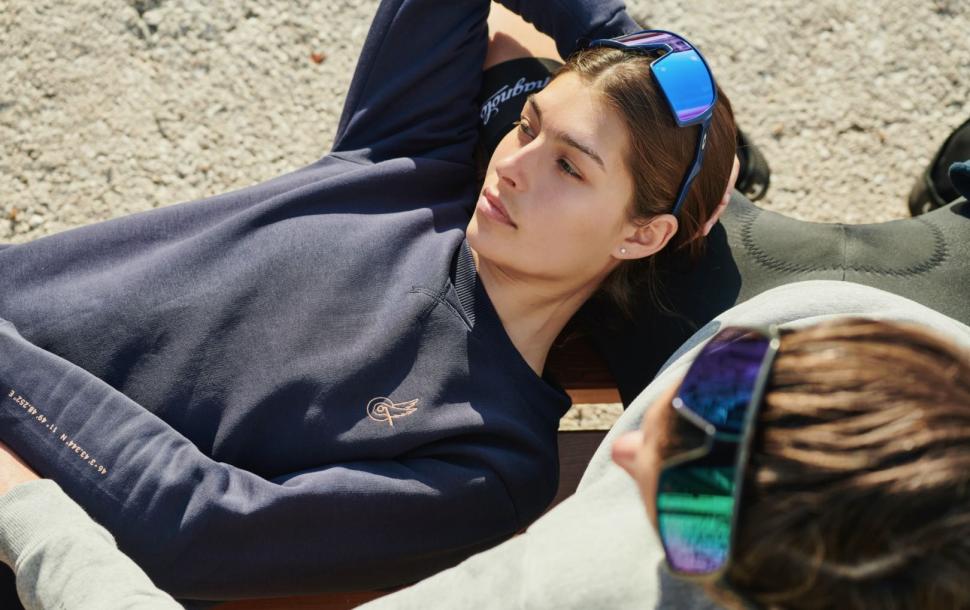 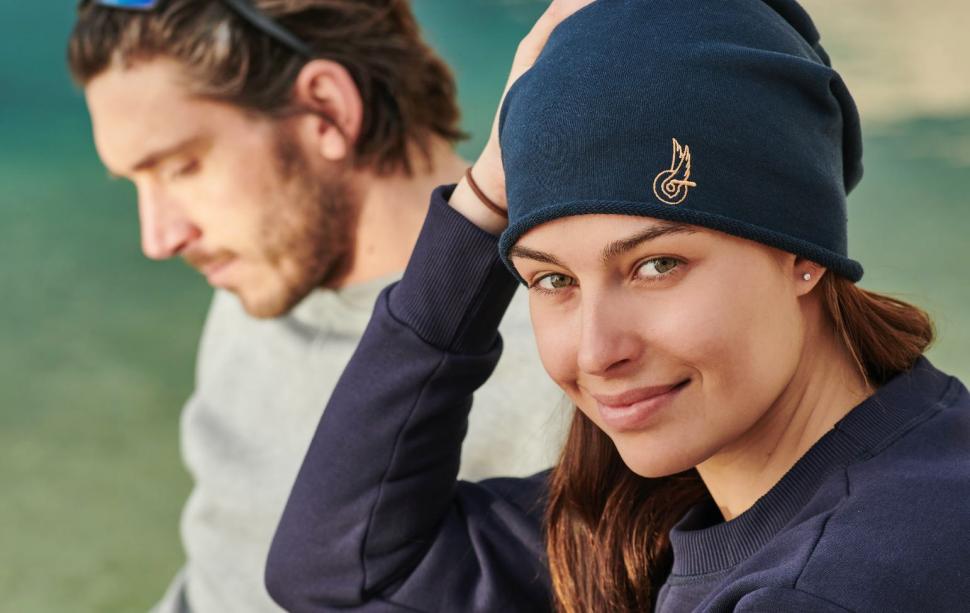 The numbers on the back of the T-shirt and the arm of the sweatshirt are coordinates for the Cima Ekar climb in Vicenza – which is the city where Campag is based. You can make up your own explanation when you get fed up with telling people.

Honbike ChainFree One: an e-bike with no chain or belt drive 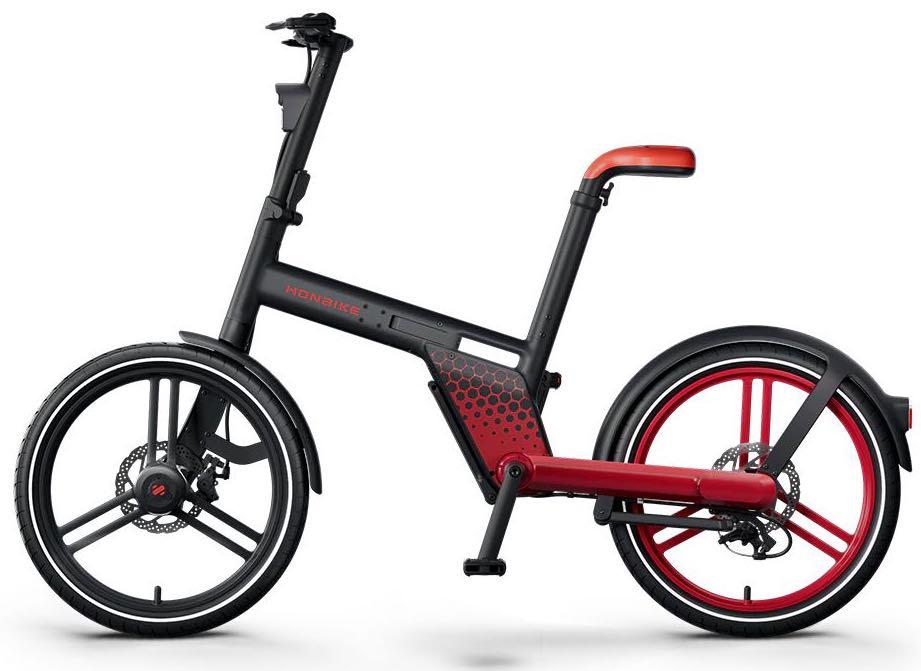 Following a successful crowd-funding project on Indiegogo, Honbike is now offering its ChainFree One chainless folding e-bike for sale through its website with delivery expected in late June 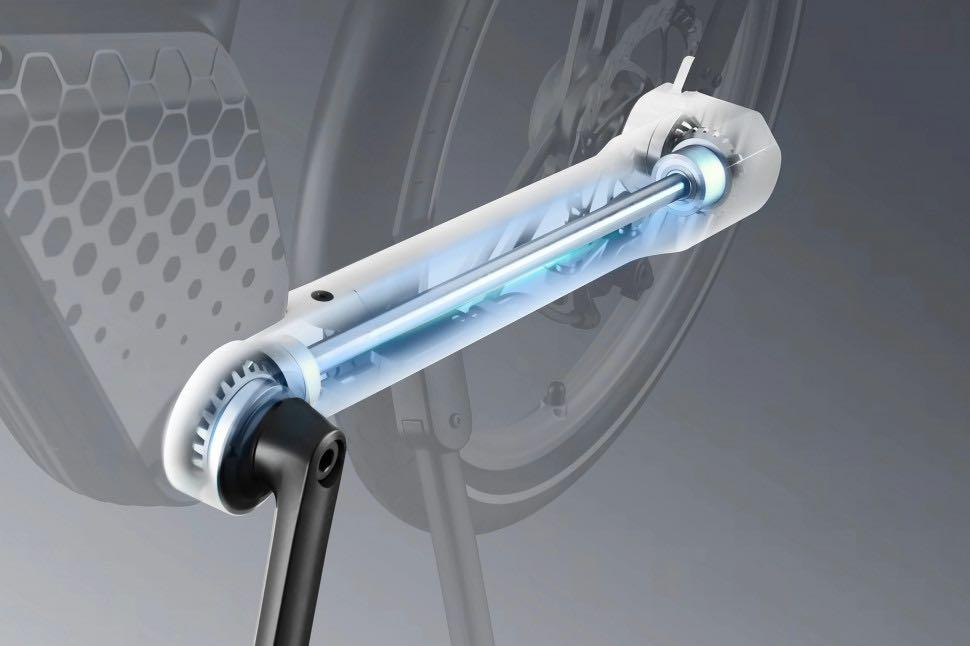 Rather than a chain or belt drive, the ChainFree One uses a shaft drive system that, its creators say, is good for over 40,000km (25,000 miles) without maintenance. 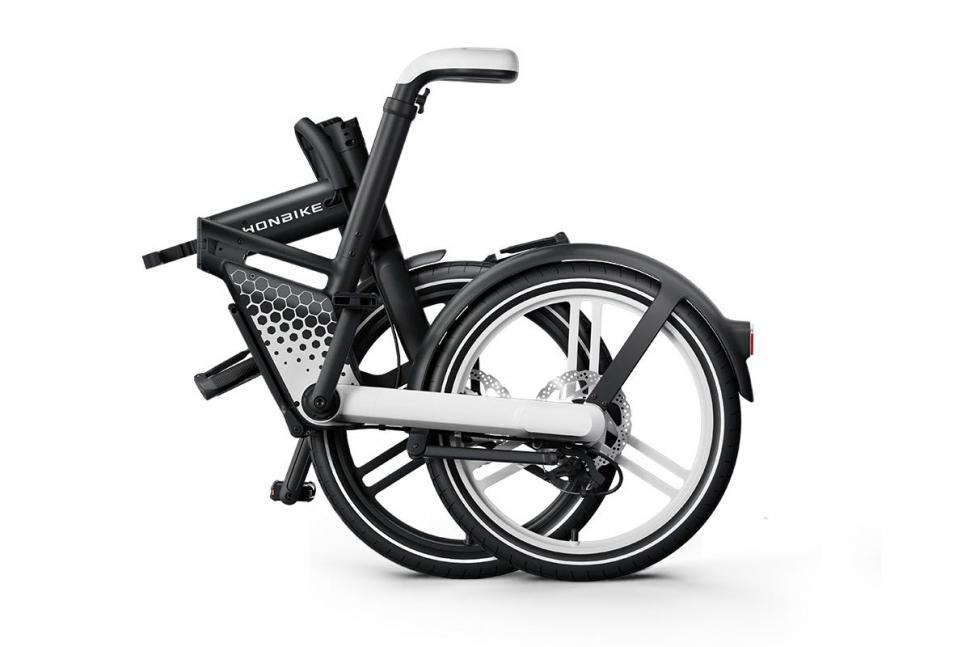 It has a 250W front hub motor offering five levels of power assistance, a digital display embedded in the stem and a 216Wh integrated battery.

The Latting Speed Shop in Tennessee, USA, has had this colour scheme added to an Allied Able gravel bike.

It might have a television test card vibe but we kinda like it... thanks to friend of the site Tom Douglas for spotting! 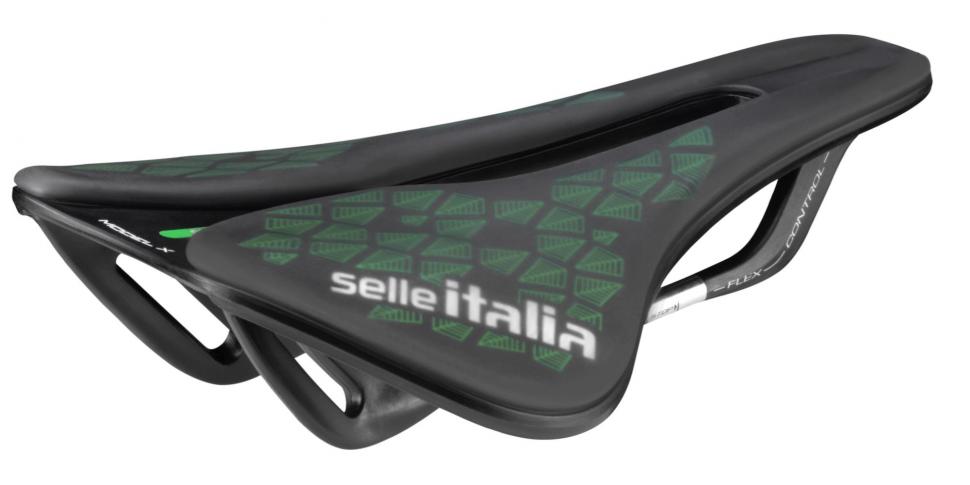 Selle Italia has launched the Model X Leaf which is said to be “a sustainable, recyclable saddle with mechanical assembly and free from pollutants”.

Selle Italia says that saddles in its Model X range, introduced last year, are “created through an eco-sustainable production process that avoids the use of polluting substances thanks to patented Greentech technology”.

You’re going to ask what Greentech is, aren’t you?

Selle Italia says it is “a production process that totally eliminates the use of any kind of polluting elements, such as glues and synthetic resins, with zero waste because any discarded material or waste is put back into the production cycle… The end result is a saddle with components that can be recycled at the end of its life.”

The entire saddle production process involves companies within a 15km (9 miles) radius of its headquarters in Treviso, Italy, helping to reduce CO2 emissions.

The Model X Leaf has FeC alloy rails, measures 245mm long and 145mm wide, and is a claimed 315g. It features a waved shape upper that’s designed to offer a stable position for riders with posterior pelvic tilt. It is priced at £54.99. 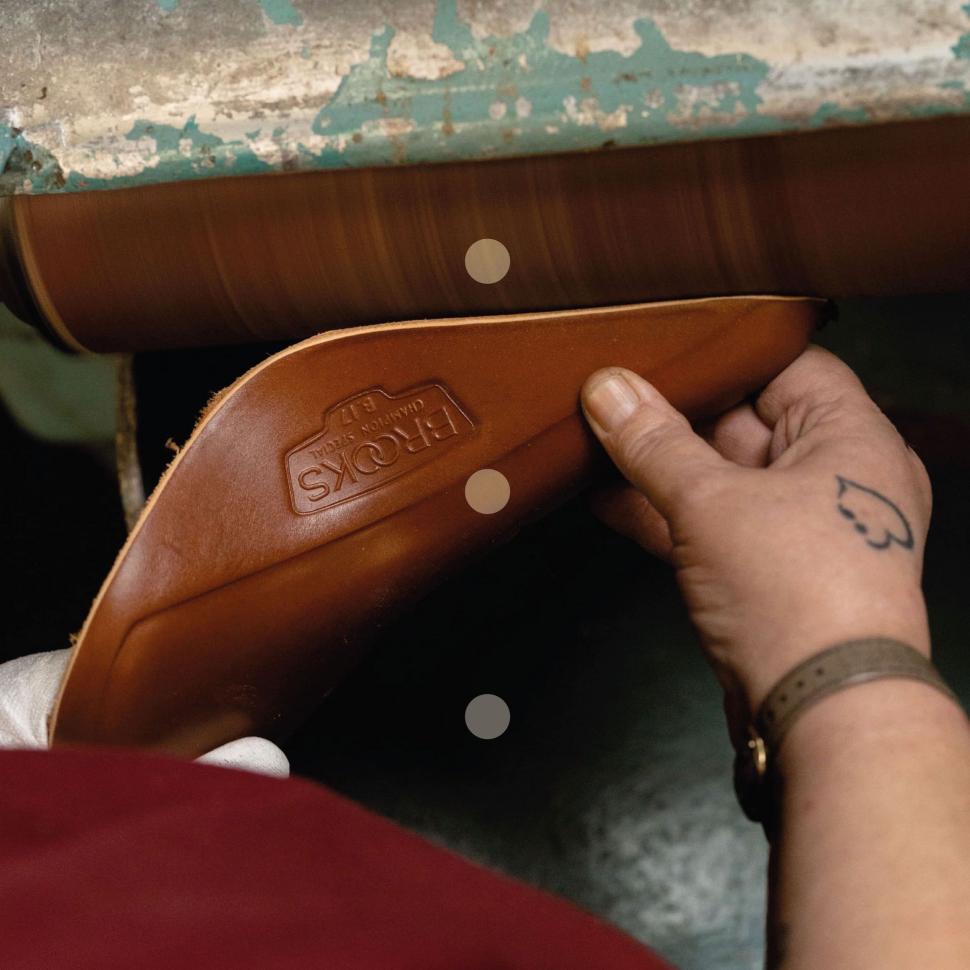 In more sustainable saddle news, Brooks – or Brooks England, if you want to get all formal about it – has introduced what it’s calling a Take Care initiative that’s aimed at increasing product lifespans.

Brooks – most famous for its saddles although also known for bags and other cycling accessories – says that it selects materials that offer long-lasting comfort and performance, and then provides advice – including videos – on maintenance and repairs, and offers spare parts like steel rails and coil springs for saddles.

Brooks also has a programme that allows you to return a product at the end of its lifespan to be “broken down into its individual parts and pieces and recycled into raw materials for use in future new goods and other practical applications”. 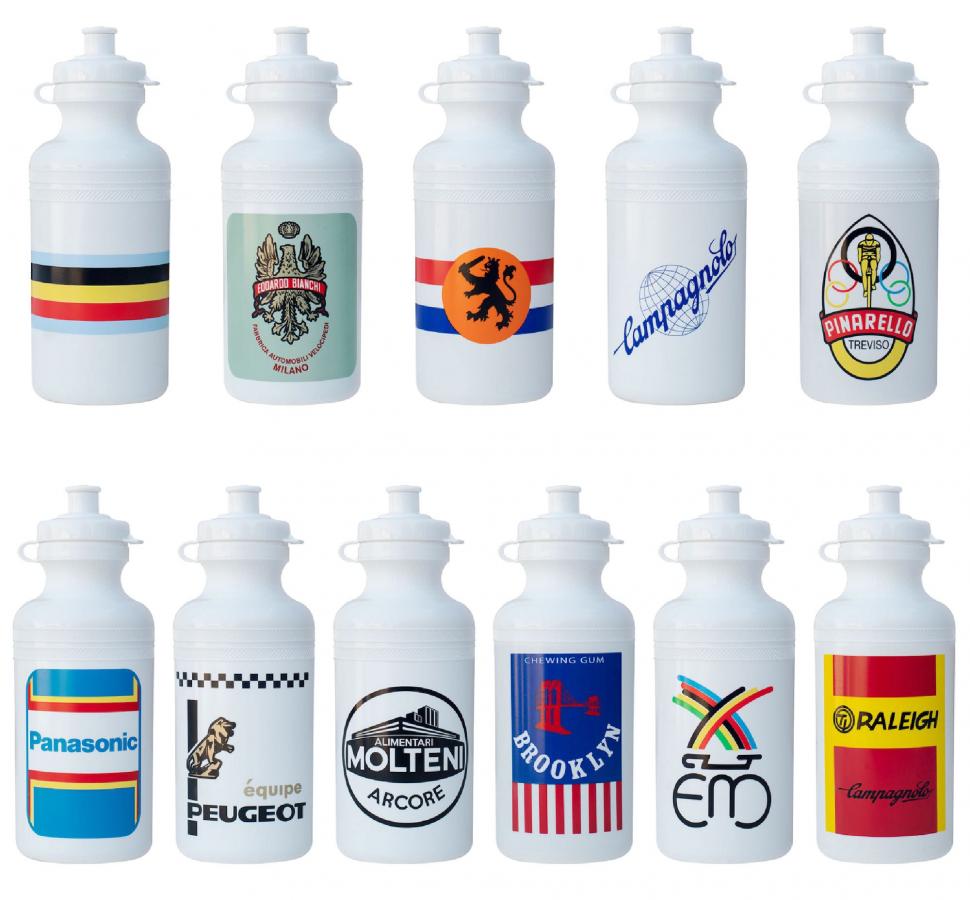 Prendas Ciclismo says that its retro bidon collection has been produced by restoring a mould from the 1980s, although the bottles are biobased.

They cost £9.95 each but you get a discount if you buy more than one. 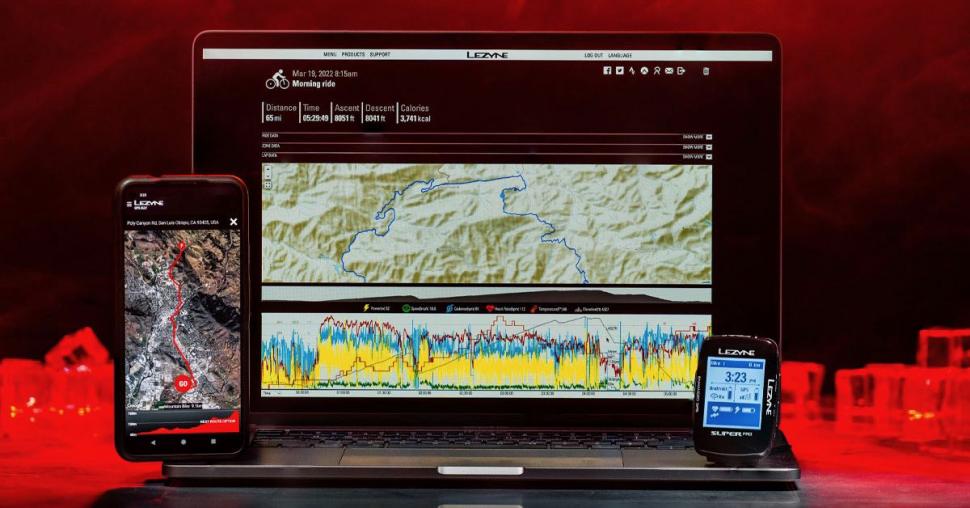 Lezyne has updated the GPS ecosystem that supports its range of bike computers with a redesigned GPS Root site and GPS Ally phone app.

You can plan routes on the GPS Root site, either via the built-in Route Builder function or by importing from Komoot. Once the route is added, you push it to your bike computer via the GPS Ally app. 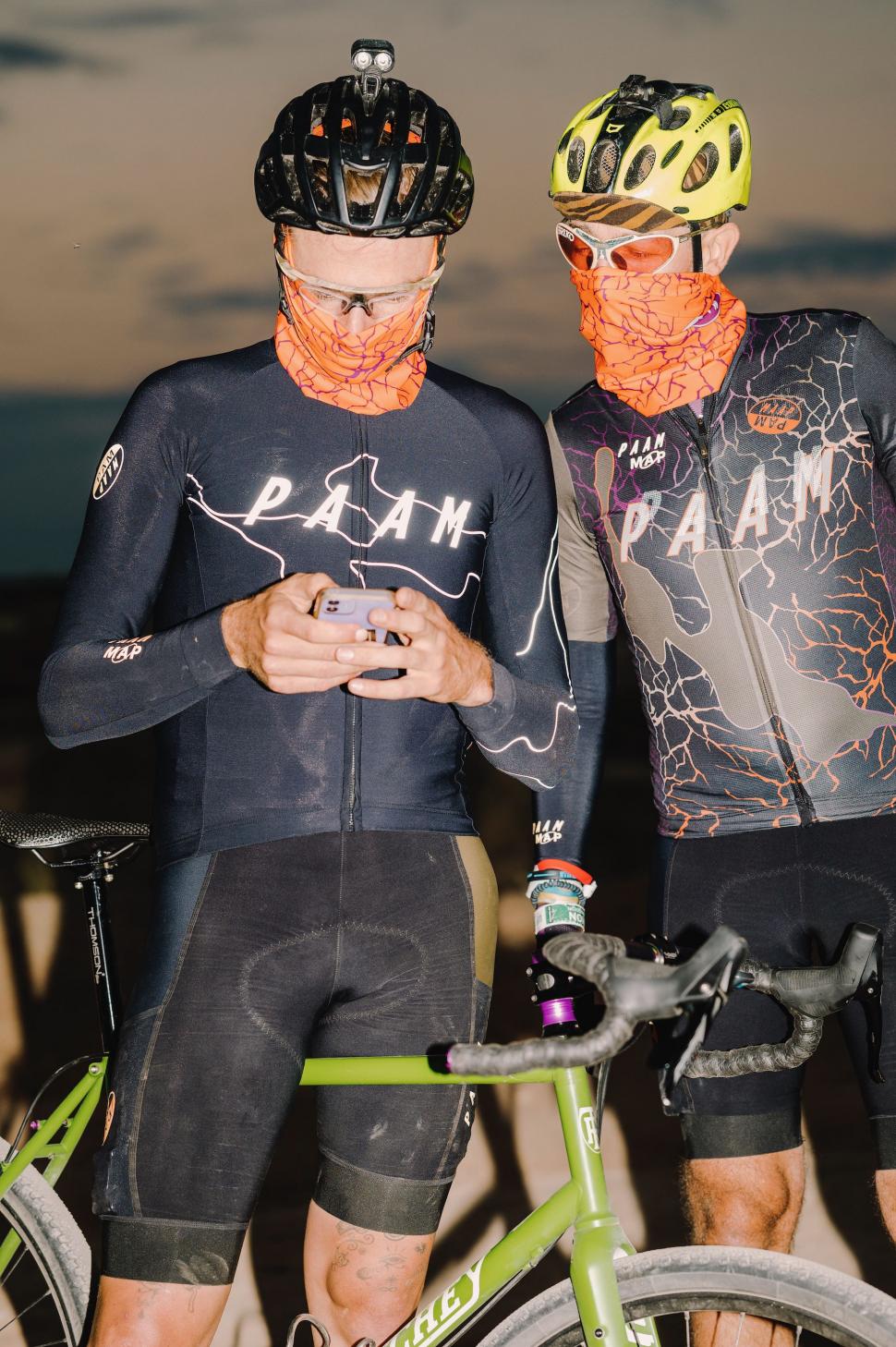 MAAP has hooked up with fellow Aussie brand Perks and Mini (P.A.M.) to produce an extensive clothing collection that includes cycling and more lifestyle-orientated pieces like long-sleeve T-shirts and thermal fleeces.