More comfortable version of the Ultimate added to the range with four models starting from £1,399 + video
by David Arthur @davearthur

German company Canyon launched the new Endurace over the weekend, a bike that aims to offer a more comfortable ride than their Ultimate CF models via a more relaxed geometry, to put less strain on your back,  and use their VCLS technology (more on that in a mo). There will be four models sharing the same carbon frame priced from £1,399 to £2,599, and they’re available now. The first bikes are expected to ship in July.

Endurance road bikes are in fashion at the moment. In essence they’re relaxed versions of road race bikes, with geometry tailored towards providing a less aggressive fit and position, and with frame features to smooth the ride. Until now Canyon haven’t offered such a bike, but it’s clear they’ve been filling gaps in their range, such as with the Inflite cyclo-cross/winter training bike released last year. The endurance/sportive gap was a big one to fill. 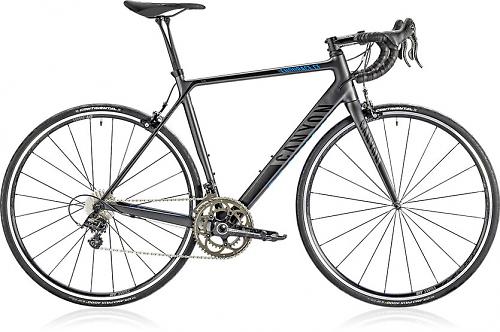 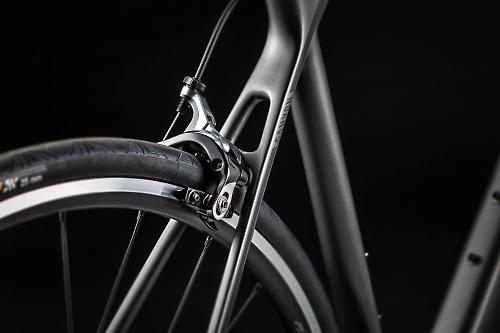 They will offer three geometries: Pro, Sport Pro and Sport. The Endurace uses the Sport geometry, the most relaxed of the three. Looking at a size large (58cm) has a stack of 590mm and reach of 380mm, with a 555mm effective top tube, 565mm seat tube and 175mm head tube. Compared to a same size Ultimate CF the new bike has a 11mm taller stack and 15mm shorter reach, with a 5mm taller head tube, so we can see the new bike has a more upright geometry. The 73.25° head angle and 73.5° seat angle are the same. The wheelbase, however, is shorter on the Endurace than the Ultimate, according to Canyon's geoemtry chart. Which seems odd as most endurance road bikes we've been seeing have longer wheelbases then their racier cousins, for reasons to do with increased tyre clearance and extra stability. It’s clear the race DNA is still strong in this new model. 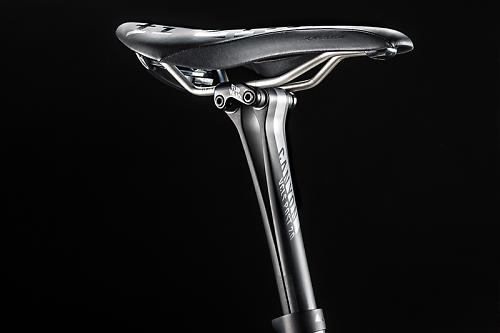 The company’s VCLS (Vertical Comfort Lateral Stiffness) technology is used in the seatstays and forks to smooth the road by dampening vibrations that would otherwise cause a harsh ride. The frame features what Canyon call the VCLS Module. This is the seat tube, top tube and seatstay junction, and they say they have optimised the carbon fibre layup in this area to provide more comfort. While there are visual similarities with the Ultimate series, the Endurace has much skinnier looking seatstays, the idea here is to offer a degree of flex and boost the comfort.

Furthermore, all models in the Endurace range will be fitted with a VCLS 2.0 seatpost. This is a rather novel split seatpost design that allows a large degree of fore-and-aft flex, much more than a regular seatpost. Most manufacturers or endurance bikes, and even race bikes, have moved to a 27.2mm seatpost (and Cannondale 25.4mm on their Synapse) in an effort to gain a vital bit of deflection to aid comfort in the saddle. Canyon have clearly paid attention to the specification of the new bike, choosing DT Swiss R23 Spline wheels for most of the bikes in the range. These have a claimed 1,520g weight and, more importantly, a wider rim profile (23mm external, 18mm internal), so they should be good platforms for the Continental Grand Prix 4000S II 25mm tyres. Canyon reckon the wider rims balloon the tyres out wider than 25mm. There is clearance in the frame for 28mm tyres.

The Endurace is available now and is currently listed on the Canyon website, with bikes expected to arrive at the beginning of July, with the 105 model arriving later in the year. https://www.canyon.com/_en/roadbikes/series/endurace-cf.html