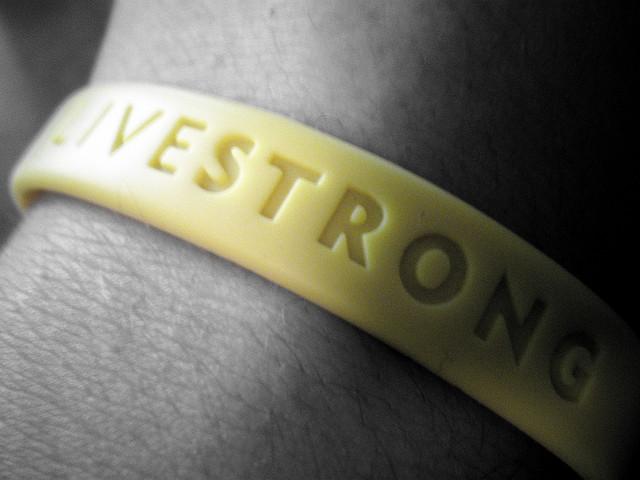 Doug Ulman, CEO of Livestrong, the charity founded by disgraced cyclist Lance Armstrong, is leaving it after 14 years to join Pelotonia, another cancer charity with cycling links, which raises tens of millions of dollars each year through a single mass bike ride.

Ulman, who has battled cancer three times, will depart Livestrong in January to join Columbus, Ohio-based Pelotonia, which runs an annual fundraising ride in which more than 7,200 cyclists participated this year, as president and CEO.

Held over a weekend in August, Pelotonia provides six different route options ranging from a one-day ride of 25 miles, to a two-day challenge totalling 180 miles.

In its first five years, it raised more than $61 million for research into cancer against an original target for that period of $39 million. The amount raised at this year’s event won’t be revealed until November, but Pelotonia says it is likely to help the total over six years exceed $80 million.

If confirmed, it would also mean that the amount raised in 2014 would exceed the $15 million that Livestrong said it had received in donations last year, when it suffered the fallout from Armstrong’s confession to Oprah Winfrey at the start of 2013 that he had doped during his career.

The arrival of Ulman will coincide with what Pelotonia describes as a “significant milestone” – the opening, this December, of the $1.1 billion Ohio State University Comprehensive Cancer – James Cancer Hospital and Solove Research Institute (OSUCCC – James), which will be the largest hospital specialising in the disease in the US Midwest.

“I am grateful for this unique opportunity to serve the cancer community – to lead the Pelotonia movement, which has achieved unparalleled impact in just six years, and support the OSUCCC – James, well-known for its excellence in patient-centered care and cancer research,” Ulman said.

“This is a once-in-a-lifetime opportunity to play multiple roles in the fight against cancer and collaborate with the academic and business communities in the great city of Columbus.”

Pelotonia said its board had “pursued Ulman knowing his visionary accomplishments complemented by his ability to mobilize the cancer community would advance Pelotonia’s success and gain the immediate respect and embrace of the riders, volunteers, donors and sponsors.”

It added: “Every dollar raised by Pelotonia riders will continue to fuel the exceptional research in progress at the OSUCCC – James.”

Chairman Daniel Rosenthal said: “Pelotonia’s success over its first six years is unprecedented, and the support of thousands of riders, volunteers, donors and sponsors has been simply overwhelming.

“As our Board progressed through our CEO search, we immediately recognized Doug as a born leader and strategic thinker, and an even better person. With Doug at the helm of the marvellous Pelotonia team, Pelotonia is well-positioned for even greater success and growth, raising millions more for our one goal of defeating cancer.

“We are thrilled to have Doug join the Pelotonia movement, and to have the entire Ulman family join the Columbus community,” he added.

Under Ulman, Livestrong, established by cancer survivor Armstrong in 1997, achieved worldwide prominence through his seven successive Tour de France wins, tie-ins with sponsors including Nike, Trek and Oakley and, of course, the once-ubiquitous yellow wristbands.

But after he was stripped of those Tour de France wins and banned from sport for life in 2012, the charity’s fortunes nose-dived, and in 2013 its donations tumbled by 34 per cent, with total revenue down 38 per cent.

After the United States Anti-Doping Agency published its reasoned decision in October 2012, the charity, changed its registered name from the Lance Armstrong Foundation to the Livestrong Foundation.

The following month he was removed from its board of directors, more than two months before he finally confessed to doping.

“Doug’s leadership in the cancer community and his experience as both a survivor and an advocate have been invaluable to the Livestrong Foundation for nearly 15 years,” he commented.

“It has been a privilege and a pleasure to see this talented young CEO shape the Foundation’s cause, operations and future and I expect his next endeavours to benefit greatly from his passion, ingenuity and commitment.

“We are deeply grateful to Doug for his leadership and devotion to our Foundation over the course of many years and thank him sincerely for the indelible mark he has left on our mission as well as on our hearts. We wish him and his family every success in the future.”

Ulman added: “I will always treasure my years at the Livestrong Foundation. I am profoundly humbled by the impact our resilient team has achieved, and by the determination, generosity, bravery of those who inspired our mission—cancer survivors.

“It was a privilege to work with a team that makes everything possible. I will take their energy and ingenuity with me in this new role, with a renewed commitment to serve people everywhere affected by cancer,” he concluded.