Subscribe
Back to news
news
Miscellaneous
Sportives and organised rides 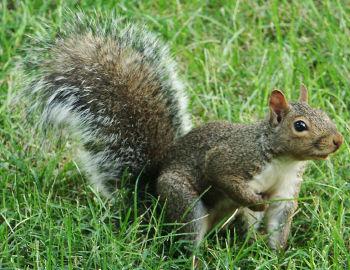 A cyclist taking part in Levi’s Gran Fondo in California last weekend was seriously injured after a squirrel dashed at his bike and became tangled up in the spokes of his wheel; the animal, sadly, came off worse and died shortly afterwards.

Steve Baxman, Monte Rio Fire Chief, told the San Francisco Chronicle that the cyclist, who was thrown over his handlebars, sustained a head injury and was left feeling “very disoriented” after crashing at around 9.45am.

The rider, a man aged in his 40s from Oakland, was one of 10 cyclists who needed hospital treatment during the ride, which is hosted in Sonoma County by ex-pro Levi Leipheimer, in which 8,000 riders participated.

Baxman said:“I worked a lot of bike races all over the county and I never heard of anything like this happening before. I feel bad for the squirrel and for the guy on the bike, but who has ever heard of such a thing? There were thousands of bicycles riding by. What are the odds?”

A quick straw poll of the road.cc team reveals near-misses or collisions with animals including deer, rabbits, pheasants, a water vole, a badger, a rat, a lizard (in France), a brown snake (in Australia), a peacock (rather improbably, on the outskirts of Cambridge), and – on one particularly memorable occasion – a chicken playing, er, chicken at the bottom of a 50mph descent.

Let us know your animal-related cycling tales in the comments below.