Scottoiler has launched its new Cycle S1 automatic chain lubrication system, which promises to take the hassle out of oiling your bicycle chain by doing it for you, as you ride.

“Using continuous lubrication means a specially formulated non-stick lube can be used which will keep your chain in superb condition, clean and gunk-free for your entire ride,” claims the company.

Of course, anyone with a long memory will know the idea of automatic chain lubing is really nothing new. Many years ago there was the Rohloff Lubmatic, a bottle of chain lube that attached to the seatstay and lubed the chain via a hose running down to the rear mech. 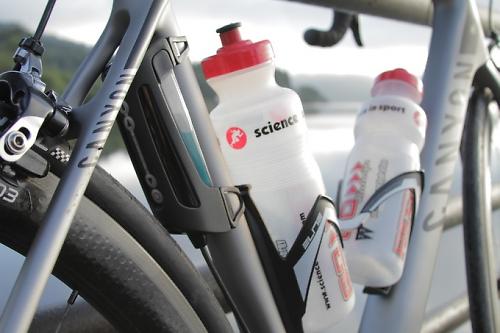 The idea then reemerged (still many years ago) when Scottoiler, a company well-known in the motorcycle world, launched the Active Fluid System with special jockey wheels that lubed the inside of the chain. It’s fair to say the system wasn’t met with widespread appeal.

Not one to give up on a concept, Scottoiler has launched its latest version, the Cycle S1. It's currently on Kickstarter, and Scottoiler is hoping to gain £72,000 of funding to put the new product into development.

The new Scottoiler Cycle S1 looks a lot smarter than those previous attempts. It’s now an electronic device with a frame mounted container that lubes the chain via the lower jockey wheel of the rear mech.

The Cycle S1 has five settings to determine how often the chain is lubed, from once every 150 seconds down to a frequency of 30 seconds, depending on conditions (so less if it’s dry for example). It uses an accelerometer so it only lubes the chain when the bike is being ridden.

It’s powered by two AAA batteries and the company reckons that’s good enough for 200 hours on the most frequent mode. The container holds enough chain lube to up to 52-hours, depending on the frequency. The entire system adds a claimed 210g to the bike when the 38ml reservoir is full. It weighs 178g when empty.

Of course it goes without saying that a well lubed chain is a good thing for your bicycle, to ensure the longevity of the drivetrain and improve efficiency. Oiling a chain manually is a pretty simple task, so adding a battery powered device along with the associated extra weight might be viewed as adding unnecessary complexity to the bicycle. 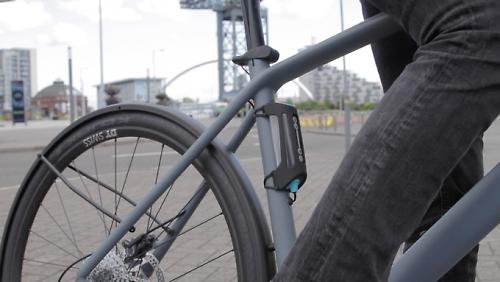 A self-monitoring system could be appealing to cyclists who want the minimum amount of maintenance, with daily commuters an obvious candidate for a system like this. Long-distance touring and adventure riding could also be ideal situations for the Cycle S1.

However if Scottoiler’s claims are to be believed, the device could offer a 4W advantage by avoiding insufficient and excessive lubrication. 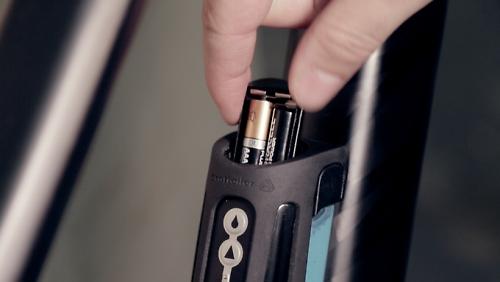 “The Scottoiler CYCLE S1 continuously lubricates the chain with the exact amount needed to preserve optimum lubrication at all times. This produces maximum power transmission in the chain and smoother gear shifts, which will result in measurable performance benefits over the course of any ride,” says the company.

You can pledge your support and get a Scottoiler Cycle S1 from £129, but there are limited numbers of the early bird discounts available. More information can be gained on its Kickstarter page here.