Kinesis are launching a new carbon monocoque cyclocross frameset in August that they’re claiming is the most cutting edge CX design they’ve ever produced.

Part of Kinesis’ Advanced Development Program, the Crosslight CSix2 has been designed in conjunction with UK National Champion Jody Crawforth and Stu Wearmouth, who finished third in the National Trophy Series earlier this year. These are the first pics of the new frame fully built up. 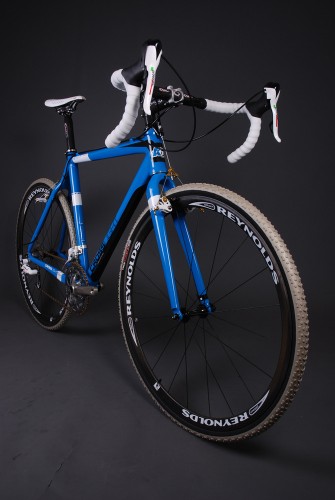 The down tube is octagonal in profile and Kinesis say the carbon lay up resists torsion well. The deep-section chainstays are designed to be beefy enough to transmit power effectively and you get a stainless steel chain deflector to protect the driveside one from damage.

Slim wishbone seatstays are intended to add a bit of comfort to the back end while, up front, the head tube takes a zero-stack headset to keep the ride position low. The full geometry has yet to be released but it’s closely based on that of the Kinesis EVO4, which means it's aggressive. 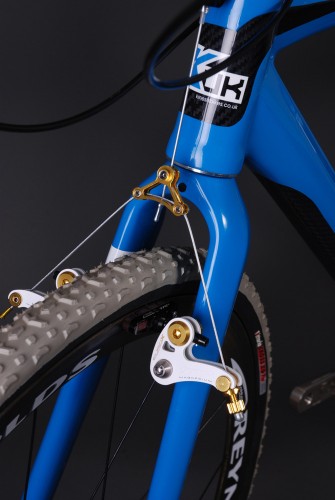 The pics clearly show that you get masses of mud clearance at the front and rear, and the cable guides are convertible, allowing you to run either a full outer cable from the lever to the rear derailleur for full mud-resistance, or to split it and have bare inner along the top tube. The choice is yours. 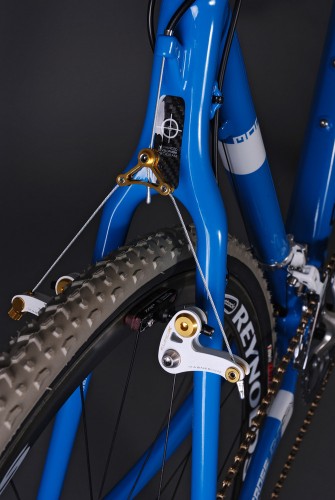 The CSix2 comes as frame and fork with an FSA CX headset, seat clamp, mech band, mech pulley and cable-stop adaptors. We haven't laid our hands on it yet but Kinesis are claiming a weight of 1,000g for the size 54 frame and 480g for the matching fork. They also say that the built-up bike (as shown, a 54cm model) is just over 17lb (7.7kg).

“At the start of the ride I was thinking, ‘This feels a good race bike’. On the way back I was thinking that it’s probably the most complete cross bike I've ever ridden.”