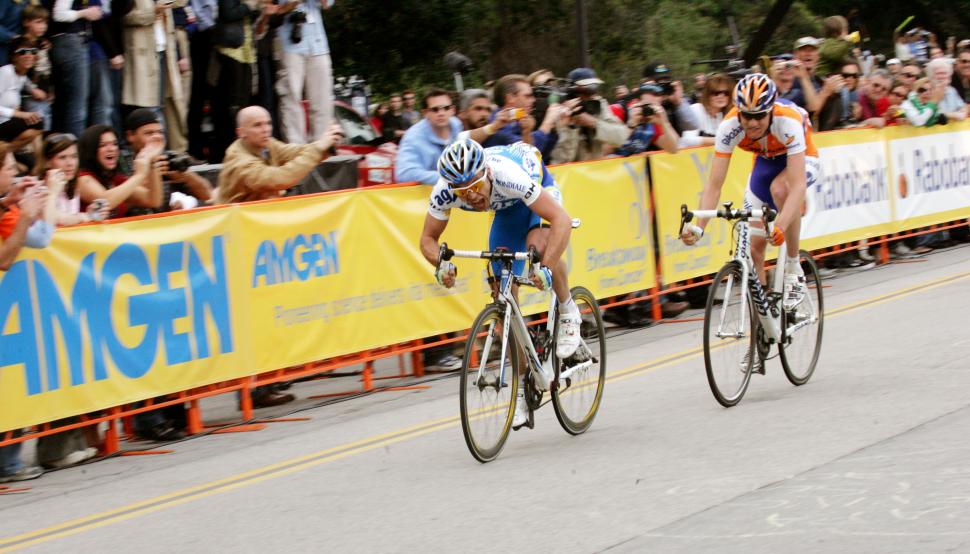 Rinaldo Nocentini (AG2R) won a thrilling game of cat and mouse on the streets of Pasadena to win Stage 7 of the Amgen Tour of Calironaia ahead of Hayden Roulston of Cervelo Test Team and Pieter Weening of Rababonk.

The story of Stage 7 which covered the 88.9 miles (143Km) from Santa Clarita to Pasadena was one of constant attacks all of which up until near the mid point of the race were quickly shut down by the main field – until one stuck. A break was caught at around the 31 mile mark and almost immediately another got away – this time there were enough riders in it to make it work, and crucially there were enough riders in it from the sprinter's teams that once it became viable lessened the will of those teams to chase it down.

The stage finish was played out over five laps of a five mile circuit around the Rose Bowl stadium in Pasadena and as the laps wound down the break played out in microcosm the earlier part of the stage with numerous breaks, (often featuring Hincapie, Schleck and Weening) all being reeled in until on the last lap Nocentini broke and was almost immediately joined by Roulston (CTT) and Weening (Rabobank) the advantage looked to be with Roulston who with his track background looked set to have an advantage in any sprint – no one had told Nocentini though and he took the win. 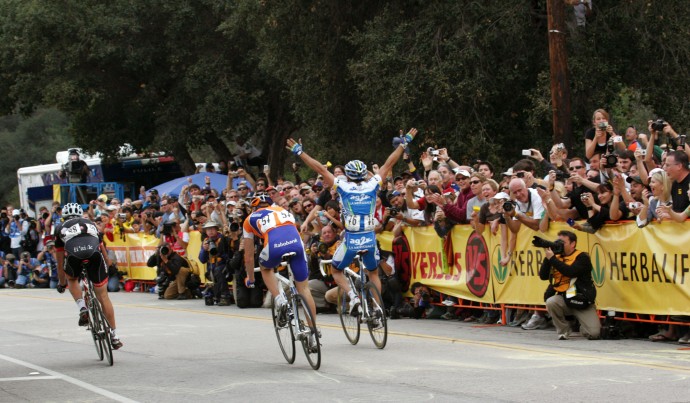 Levi Leipheimer finished three minutes back in the main field and retains his lead in the overall standings go into tomorrow's final stage from Rancho Bernardo to Escondido with every chance of winning the Tour of California three years in a row. Less fortunate was Francesco Mancebo who crashed heavily on a descent and was taken to hospital, Mancebo won Stage 1 on Monday and had been leading the King of the Mountain competition.