Terrific W Mids Police vid on filtering; DfT cycling infra photo fail; Anti-fracking protesters to target Team Ineos at Tour of Britain; Are e-bike riders nicking all the Strava KOMs? And much more on the live blog this evening The government is regularly accused of not understanding cycling and the role it can play in improving the nation’s health as well as reducing pollution, with campaigners regularly calling for more investment to be made into active travel.

This morning, the Department for Transport has announced funding of £20 million for new routes upgrades to sections of the National Cycling Network, which is developed and maintained by the sustainable transport charity, Sustrans.

Projects that will benefit include re-routing the Fylde coastal path to become traffic-free, between Blackpool and St. Anne’s, a community-led re-design to improve the quality of the existing Bristol and Bath railway path, and traffic-free paths on the HS2 route between Sheffield and Doncaster as well as in Buckinghamshire.

All well and good, even if the money is a drop in the ocean compared to what would be needed to bring cycling provision here up to Dutch or Danish standards.

The DfT’s remit in funding cycling projects, as you may know, applies to England outside London (where TfL is responsible for funding, while in Scotland, Wales and Northern Ireland, it falls to the devolved administrations in those countries).

Curious, then, that the DfT’s website carries a photo of one of a piece of cycling infrastructure that it had no involvement in … one of London’s Cycle Superhighways …

The e-tailer has an estimated annual revenue of some 80 million euro, and Decathlon - which has annual turnover of 11.3 billion euro - says that the acquisition will help improve its business in the cycling market.

Gary Ansenns, who founded Alltricks a decade ago and will remain with the company, said: “With Decathlon we choose an expert and passionate partner that guarantees that Alltricks will keep its DNA and will speed its omnichannel and digitalization: we want to develop different distribution channels to enhance client service”, stated Anssens, that despite the change will remain shareholder.

05 September 2019, 12:45
This video on the Bianchi TT bike that took Primoz Roglic into the Vuelta lead on Tuesday is worth a watch

The stage win and red jersey for @Rogla is a huge example of winning together.

It's aimed at cyclists AND motorists.

Nearside/offside #Filtering this time, again notice PC Hodson's easy pace allowing for extra awareness/shoulderchecks. When filtering always look out for those turning into junctions, they may not indicate / turn infront of other vehicles ! So #watchthewheels & cover your brakes pic.twitter.com/o4sglKv8O1

Anti-fracking campaigners will target Team Ineos at the Manchester finale of the OVO Energy Tour of Britain a week on Sunday, with protesters wearing devil masks bearing the image of Sir Jim Ratcliffe, the billionaire owner of the petrochemical firm that owns and sponsors the team.

Frack Free Greater Manchester says that the protests will be held throughout the stage, from the start in Altrincham to the finish in the city centre. Similar protests were held earlier this year at the Tour de Yorkshire and during the Tour de France, including at the Grand Depart in Brussels.

Allan Challenger of Frack Free Greater Manchester said: “To reduce our carbon emissions fossil fuels need to be left in the ground. Due to its detrimental local health impacts, persistent triggering of seismic events and climate-busting methane emissions, fracking is especially toxic and should be banned in the UK as it has been in other countries.”

“Ineos’s massive plastic product expansion plans in Antwerp demonstrate their role in the plastic pollution crisis which devastates our communities, health and environment.”

Since Ineos took over Team Sky, it has been accused of using its sponsorship as a form of “greenwashing” to deflect attention from its core activities, a claim that Ratcliffe and Team Ineos principal Sir Dave Brailsford both reject.

Some random tech stuff just coming in from Eurobike, starting with this, possibly the world's lightest bottle cage Feast your eyes on this 3.92g carbon bottle cage. It's from Carbon Works and costs €90. Form an orderly queue.

And how about this, the marketing brochure is heavier than the bottle cage! 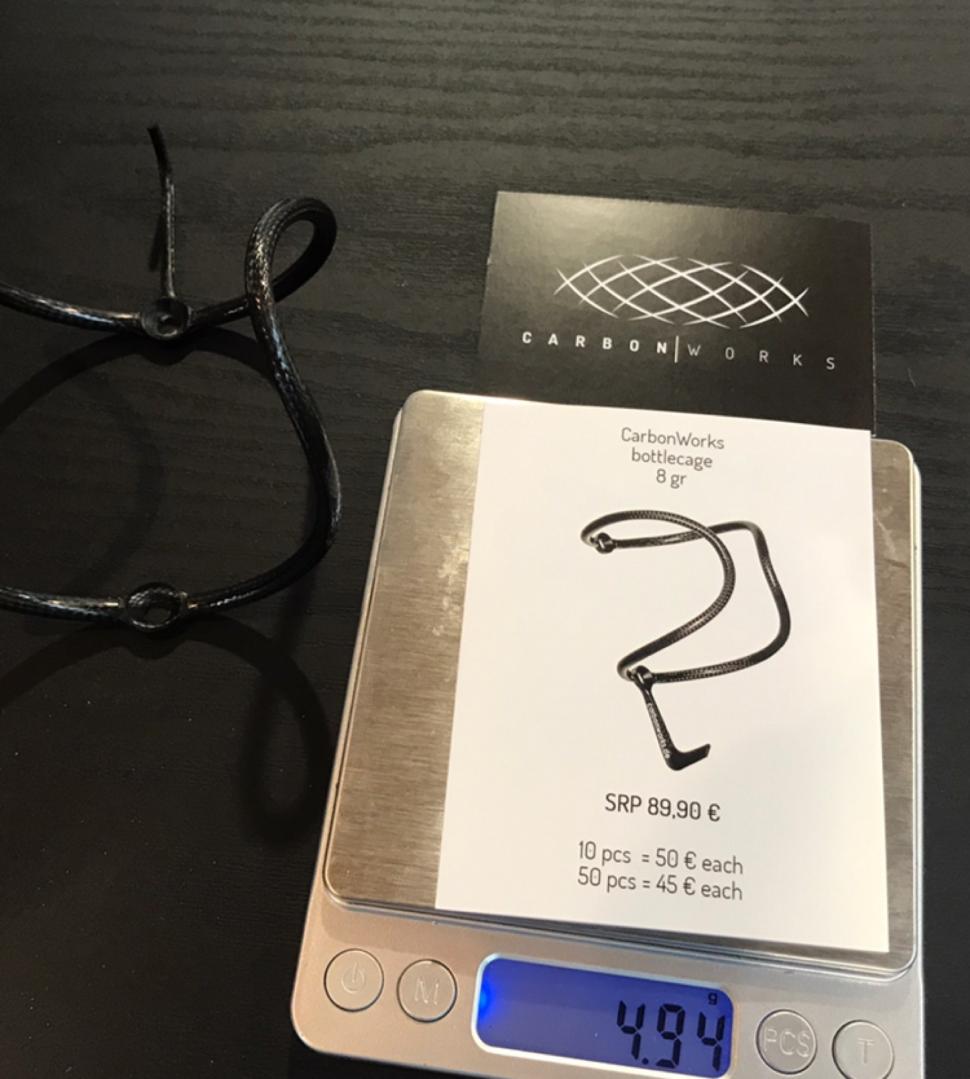 The Mayor of New York City was under fire earlier this year due to the city’s default response to cyclists being killed, several of them in hit and run incidents where the driver fled, being to flood nearby streets with police ticketing bike riders, sometimes for non-existent offences such as not wearing a cycle helmet.

Things appeared to have got better recently, but according to Streetsblog, in his latest press conference, when asked whether making helmets mandatory for all cyclists (currently, only children aged below 14 are required to wear them), Bill de Blasio said that City Hall was investigating making helmets compulsory for users of New York City’s Citi Bike cycle hire scheme.

He said that he had “thought about that. And that’s something we are talking about inside the administration. I think it is a really valid issue.” 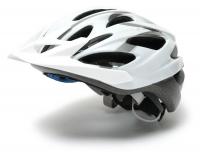 His comment comes in a week in which Melbourne’s cycle hire scheme has folded, largely due to Australia’s compulsory helmet law, and the idea was also rejected by a spokeswomen for Citi Bike, who said: “We’re proud of Citi Bike’s remarkable safety record over the past six years and encourage our riders to wear helmets. There is extensive evidence that what keeps cyclists safe are protected bike lanes, enforcement against dangerous driver behaviour, and more people riding bikes — not mandatory helmet laws.”

De Blasio added that licensing cyclists is “also a valid discussion,” even though where such schemes have been introduced, they have typically folded soon afterwards because they are prohibitively expensive to administer.

Seems @Strava has a problem with separating #eBike times from #cycles. Most of the #KOMs in my area are now taken by people on eBikes. Time to move to an alternative platform? I record times on #Garmin but what other apps would #cyclists recommend?#Strava #cycling

This is an 'issue' that pops up every now and then, with a lively thread existing on Strava's forum for around three years on the subject now. Strava's official reply on that forum back in 2016 was: "E-bike activities must be categorised under the E-Bike Ride activity type which matches to unique E-bike segments. Or, if listed as a Ride, the "Hide from Segment Leaderboards" option must be selected to remove all results from the cycling leaderboards. If E-Bike activities do not follow our guidelines, use the activity flag tool to remove the results from the segment leaderboards instantly.

It's the activity owner's responsibility to correctly upload their data according to our Segment Leaderboard Guidelines."

Do you still notice rides that were quite obviously done on an e-bike at the top of Strava leaderboards? Do you give a monkeys? Do let us know what you think in the comments... 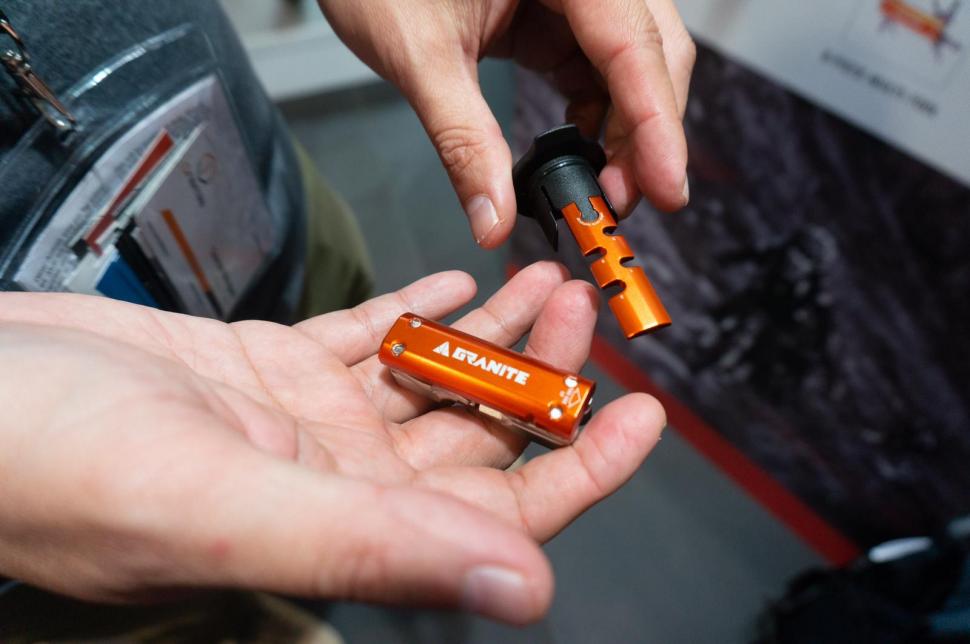 The STASH from Granite solves the problem of forgetting your multi-tool.. because using their contraption, it lives inside your steerer tube! This version is alloy and is recommended moire for mtb's, but there is also a carbon version in the pipeline for racey road builds. 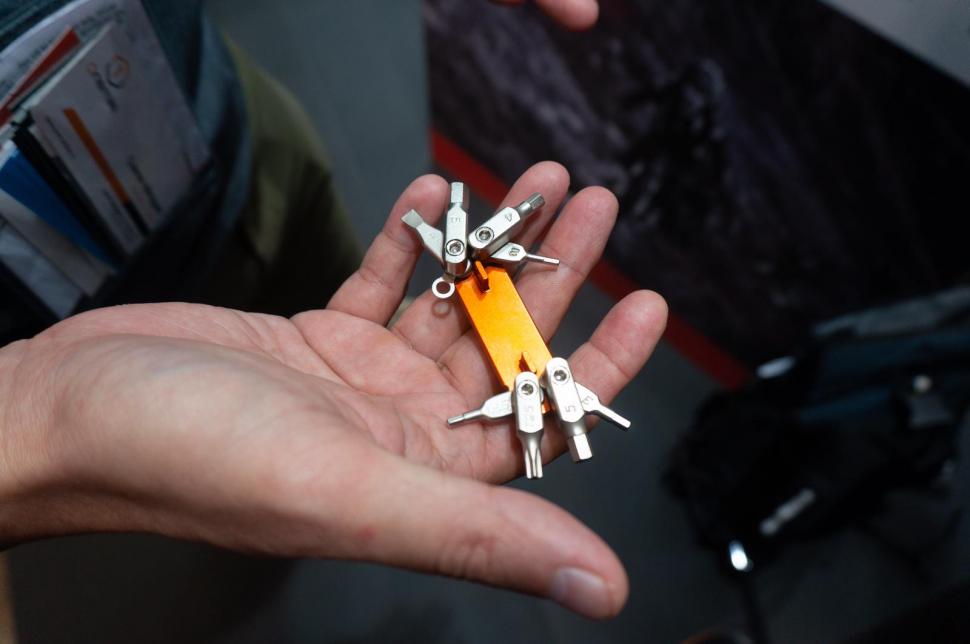 The tool itself has allen keys from 2mm to 6mm, a T25, flathead screwdriver and a valve core tool.  When you're not using it, the tool sits flush at the top and the cap actually holds the tool together. It also has a handle to remove it from your steerer.

We're not too sure on UK availibility, but their handlebar chaintool is on the Granite website now priced at $24.99.