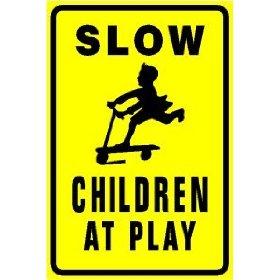 Radical measures to reduce childhood obesity in Wales are being discussed today during a debate between Welsh Assembly Government ministers, building contractors and architects.

The debate, organized by sustainable transport charity Sustrans and Play Wales, will look at car-free housing developments in a bid to make streets safe for children to walk, cycle and play.

Heavy snowfall postponed the original meeting, on February 3, giving children the chance to claim back their streets for snowball fights and play while many cars were left immobile.

New research shows that between 1973 and 2006, the proportion of children playing out on the streets fell from 75 per cent to 15 per cent. Inactivity is part of a growing obesity problem among young people in Wales where one in five thirteen-year-olds are overweight or obese. Welsh children have some of the highest body mass indexes in the world, according to the Welsh Assembly Government.

Sustrans Director Lee Waters said: “The heavy snow that postponed this debate first time around was a very real demonstration of how, when cars are taken off the roads, children take the opportunity to play freely outdoors. This is precisely the vision we have for a network of car-free streets in Wales.

“Too many urban areas are clogged by traffic when they could be safe public spaces where children can play safely outside their front doors and travel independently.”

Play Wales Assistant Director Marianne Mannello said: “Time after time children tell us they prefer to play outside with their friends than anywhere else – it is time that we adults heard and responded to what they have to say. Where children feel they can play out there is a sense of community and vibrancy that benefits everyone – let’s take steps to make every community a play-friendly place.”