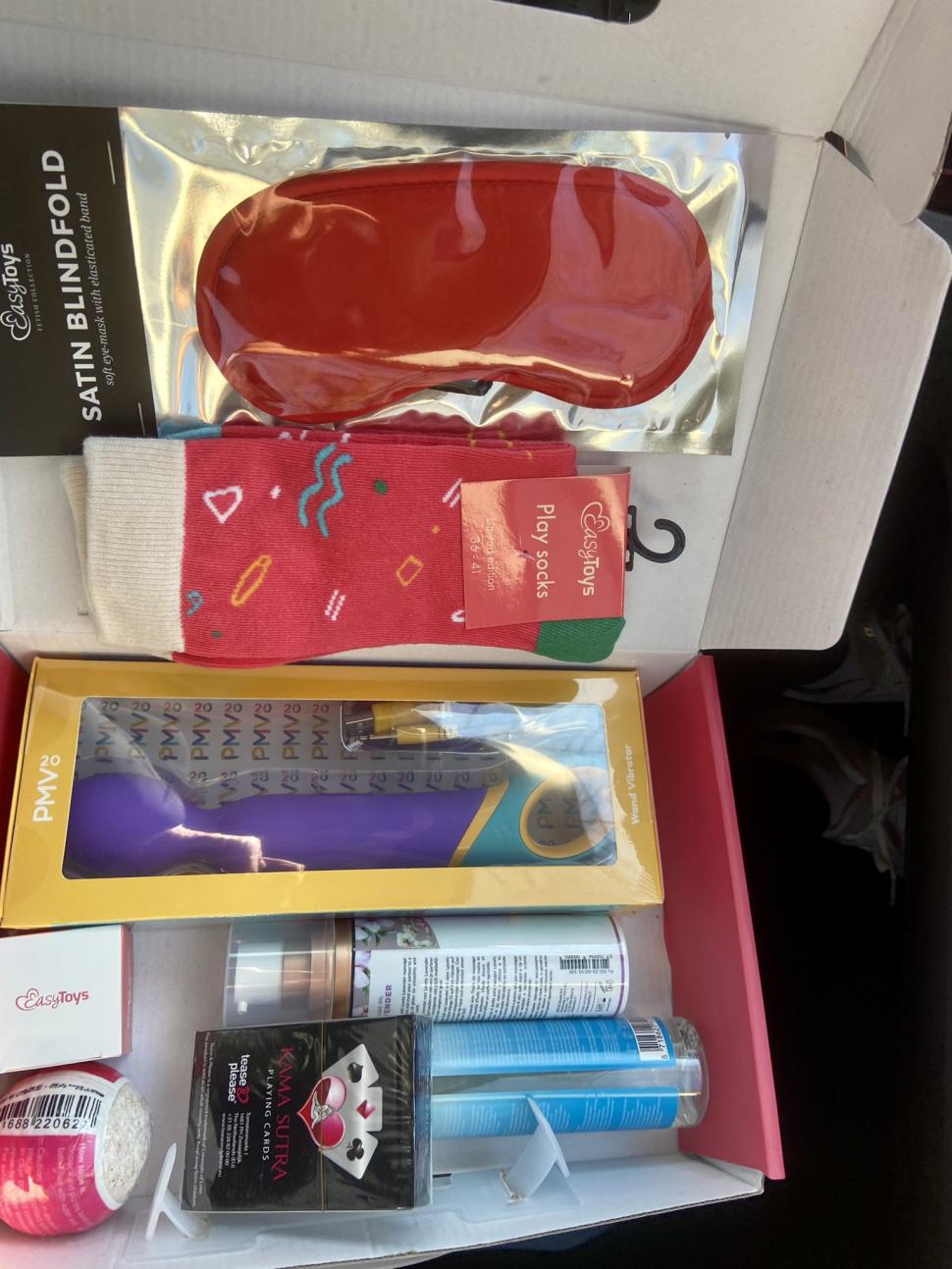 The first stage of the EasyToys Bloeizone Fryslân, formerly known as the Healthy Ageing Tour, was also criticised by fans after riders had to dodge cars and commuter cyclists on the course
by Ryan Mallon

Professional cycling races have handed out some peculiar prizes over the years – from squealing Breton piglets awarded by the Tro-Bro Léon organisers and giant gold olives at last month’s Clásica Jaén, to unholy quantities of cheese and beer at any number of regional races across France and Belgium. But the adult-themed hamper given to Trek-Segafredo’s Ellen van Dijk following stage one of the Dutch Bloeizone Fryslân race surely must go down as one of the most bizarre.

When the 35-year-old took to the podium, she was presented not only with the leader’s jersey but with a giftset from the race’s title sponsor EasyToys which included, among other things, a satin blindfold, Kama Sutra playing cards, a sex toy and so-called “play socks” (I don’t want to know).

Considering that her former rival Jolien D’Hoore was given a vacuum cleaner after winning the Ronde van Drenthe in 2015, it’s perhaps no surprise that van Dijk took to Twitter to joke that “prizes in women’s cycling are improving”:

Prizes in women’s cycling are improving 😅. You can leave tips on how to use it in the comments😂 pic.twitter.com/Fh23MVG4vv

Announcing its sponsorship of the race earlier this week, EasyToys said that they are “not only committed to the cycling race, but also to the social movement behind it.”

The company has tried its hand at sport sponsorship during the last few years, and was at the centre of a curling controversy over the winter when broadcasters in the United States and Japan refused to show an Olympic qualifying tournament as long as EasyToys’ logo was visible.

In 2020, they were also temporarily blocked by the Dutch Football Association from appearing on the kit of Eredivisie side FC Emmen, and promptly responded by arranging for a giant X-rated inflatable to greet fans outside the club’s stadium.

While the sponsor has divided fans in other sports, cycling followers, however, saw the lighter side of the race’s somewhat unorthodox partner:

That’s is some box of delights… clearly that’s a muscle massager for those tired muscles. 🤣 pic.twitter.com/Uokk9Gaa9h

Are those UCI approved socks? 🤣

On the other hand, fans didn’t see the funny side of today’s catastrophically organised time trial, which was marred by cars and commuter cyclists appearing on the course.

As the TT was partly run on a cycle lane, organisers appeared unable to prevent members of the public riding their bikes during the race, while one rider had to dodge a driver who ended up on the finishing straight. Another racer was lucky to avoid a van driver as they attempted to reverse into their driveway.

The blindfold is obviously so you don't see all the other bikes and vehicles on the path you were expected to race on.

The club – whose members raise money for the Terence Higgins Trust, a charity that campaigns on and provides services relating to HIV and sexual health – questioned whether the ban was justified, tweeting: “Cycling is for everyone. Except people like us.”

Oh, and who can forget Christmas 2019's essential stocking thriller, the O-Seat? Unfortunately we never did get one in for review...