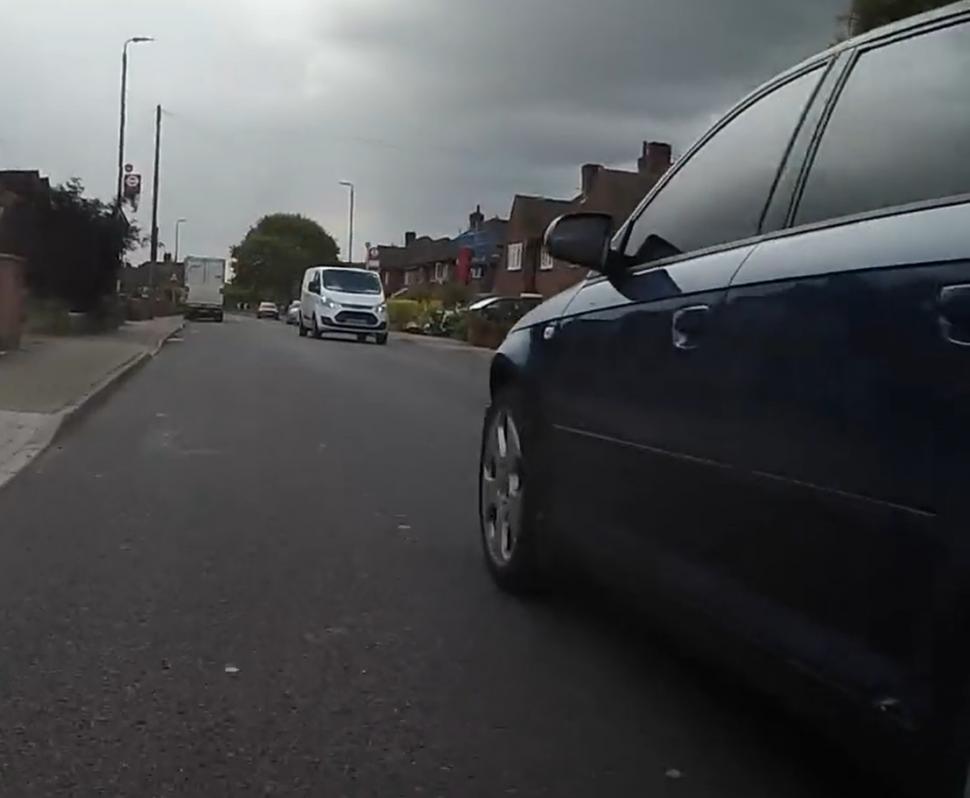 Near Miss of the Day 754: MGIF driver closes passes on school run – only to be followed by cyclist for next minute

Our regular series featuring close passes from around the country - today it's south east London...
by Ryan Mallon

Today’s Near Miss features one of the most pointless overtakes we’ve seen in a while, as the motorist in question spent the next minute mere metres in front of the cyclist he so desperately needed to pass on a tight, busy school street.

I had a case dropped by the CPS after a 7 month wait. J22PNC. Closed passed by cms on school road, regularly used as a rat run. Some thoughts... @MikeyCycling @markandcharlie @CPSUK @BetterBeckenham @BromleyLS pic.twitter.com/26XAVFl8GR

Dylan, the road.cc reader who posted the video to Twitter, says the police issued a Notice of Intended Prosecution to the motorist, but the case was dropped by the Crown Prosecution Service which claimed that there was “no evidence that the driver had driven his vehicle far below what would be expected of a competent and careful driver”.

The cyclist notes in the video that the motorist’s car was centimetres from his handlebars, that a van was approaching from the opposite direction and, in any case, the character of the road, featuring a number of bends and traffic-calming measures due to the presence of a school, rendered the extremely close pass particularly unnecessary.

“If that is that standard of driving/enforcement we can expect around our schools then God help us,” Dylan wrote.

“This particular road is a nightmare, and the daily examples of dangerous behaviour around this crossing are shocking. But there is no enforcement of any kind. It is a matter of time before there is an accident on Churchfields Road because of impatient drivers and rat running at school times.

“The letter from the CPS assumed I would be disappointed, and I was. But I don't want to go to court, I don't want the stress and time of having to report bad driving. But when there is no police presence on the road, it is the only option.

“When the CPS will not follow through on third party reporting, the law becomes useless. Maybe I'm wrong and there is nothing wrong with that driving.”

1
Police officer caught on camera telling cyclists to ride in single file to be given "education around traffic offences"
2
Footage of cyclist's encounter with mountain goat "on steroids" goes viral
3
Driver "used bus as a weapon" against cyclist, loses appeal over sacking
4
Snake Pass section shuts to all road users... but cyclists can still reach the summit (and turn back around)
5
"I've killed one of you guys before": close pass driver who left cyclist fearing for his life gets police caution
6
“If I assaulted children, I’d be locked up”: Father of teenage girls involved in Mathieu van der Poel hotel incident slams Dutch star’s fine
7
Twin brothers accused of murdering charity cyclist after hitting him with car while drunk
8
Mark Beaumont's North Coast 500 record-breaking bike and equipment