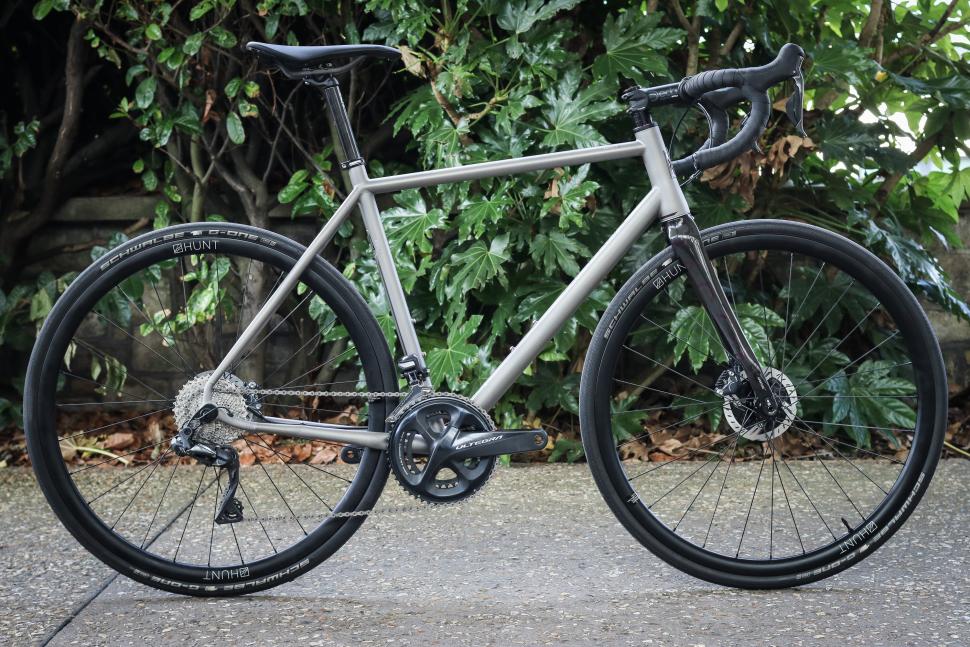 This is the Aspect, a titanium machine ‘designed to be a super-smooth, fast, ultra-distance rocket ship for long distance rides on variable surfaces’, according to Brighton based Mason Cycles, and we are lucky enough to have the first bike that has ever been available for testing. The full review will be coming soon so for now we’ll have a quick look around the frameset and all of those tiny little details for which Mason has become well known. 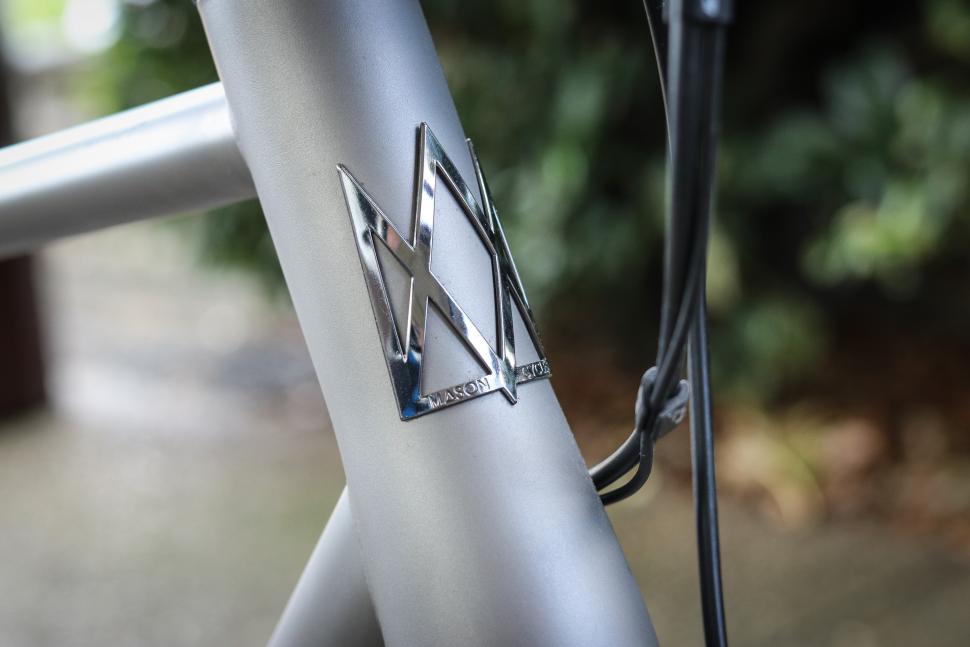 Back in 2015, I was massively impressed by the aluminium Definition and the steel Resolution so the Aspect has some hard acts to follow.

Those two aren’t just brilliant bikes to ride, they are also finished to an excellent standard and Mason certainly hasn’t let the bar drop when it comes to the Aspect. In fact, head honcho and designer Dom Mason describes this new bike as a labour of love, development taking nearly two years from start to finish.

Mason has produced its own tooling with Dedacciai to create tubing specifically for its bikes, most notably here on the Aspect being the D-shaped down tube, the ovalised top tube and the bends on the stays. 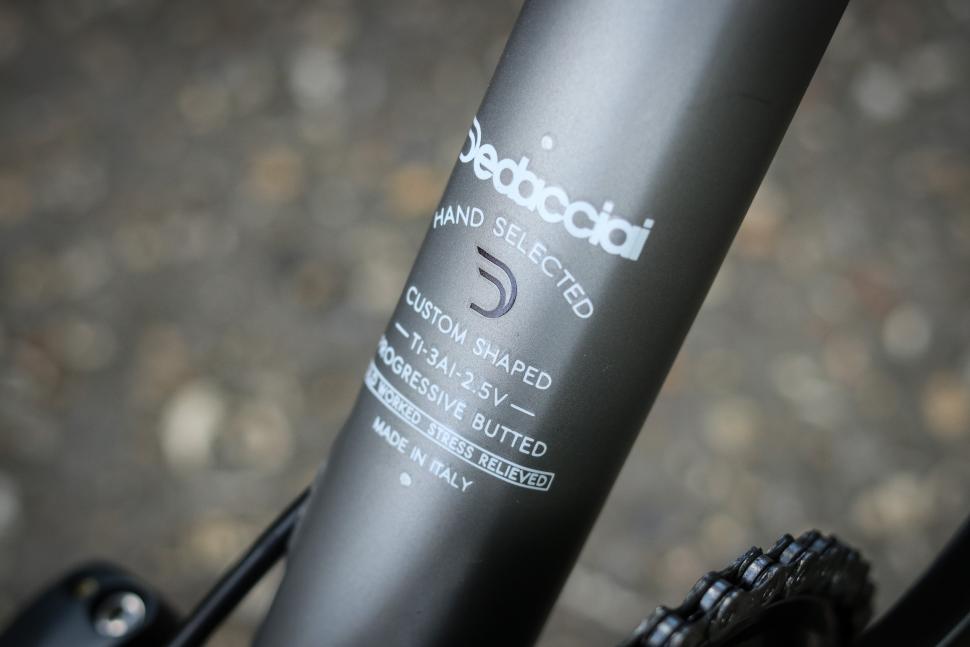 The excellent ride quality of the Definition and Resolution was created in part by the tubing selections made by Mason, so we’re expecting a similar thing here from this titanium model.

The 3D printed dropouts were developed with Reynolds. The up-to-date design gives the rear end of the bike a clean look through the use of less material than a lot of other titanium setups. 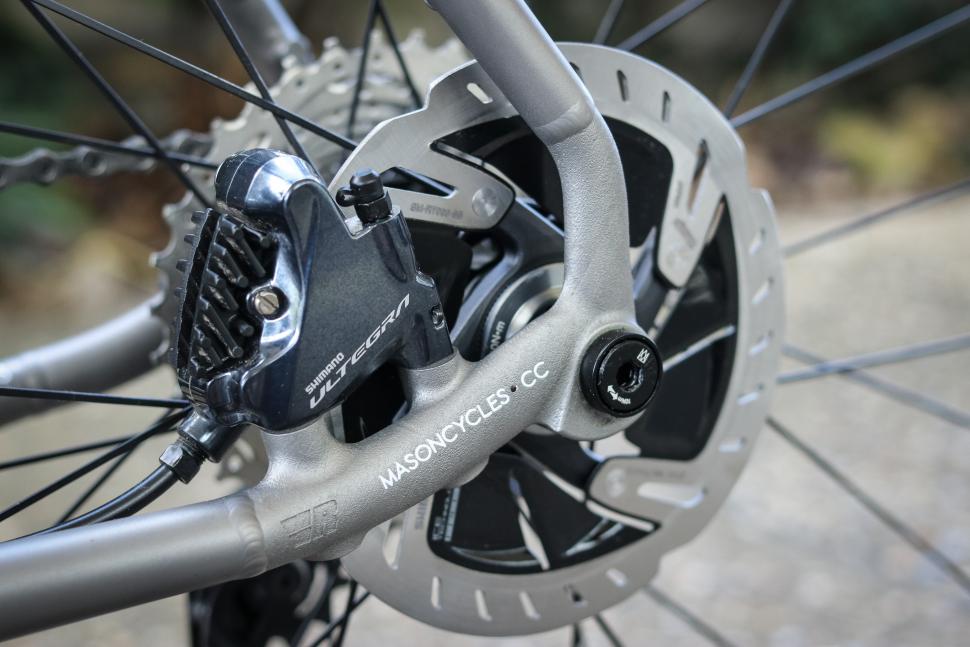 With the finished product being completely on display, the welding has to stand up to plenty of scrutiny from an aesthetic point of view and Dom reckons that one of the hardest parts of the whole project was finding a frame builder who could deliver the quality and the consistency he was after. 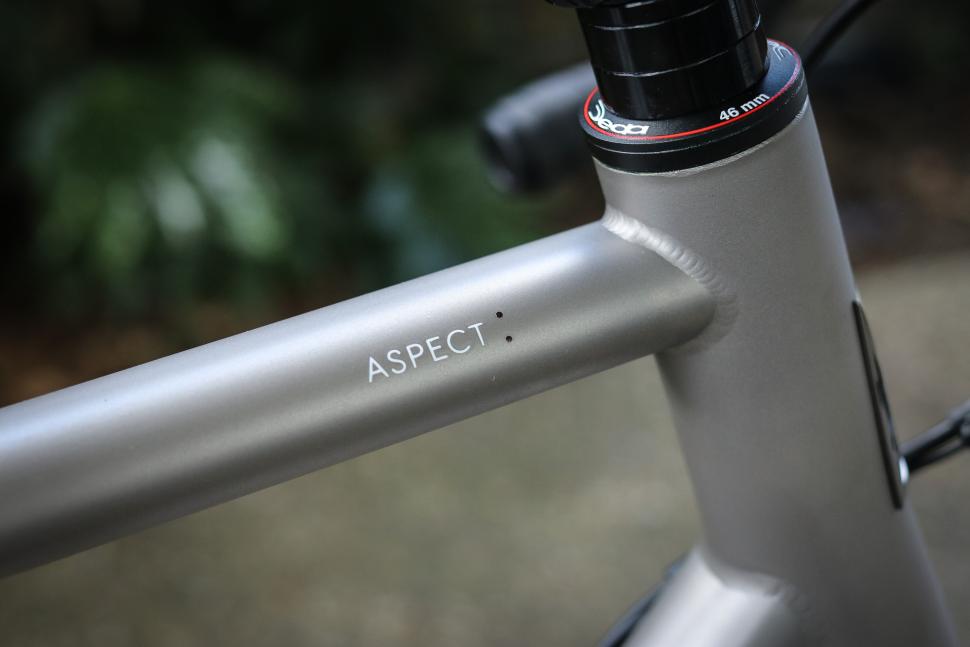 Personally, I think it is some of the best welding I’ve seen and not just around the tube junctions but also around all of the MultiPorts (Mason’s internal cable routing solution) and the multiple eyelets for bottle, rack and mudguard mounts. Mason chooses to weld these rather than rivet them for longevity.

As you can imagine, each frame is quite time consuming to create and the builder in Tuscany can only make around 10 frames a month split 50/50 between the Aspect and the Bokeh Ti.

With this in mind, the Aspect is welded to order which does give you the option of a little bit of customisation. You can leave off the Di2 ports for example if you are only going to be running a mechanical groupset.

Many titanium frames are either polished or have a brushed look but the Aspect has what Mason calls a ‘structural surface finish’. 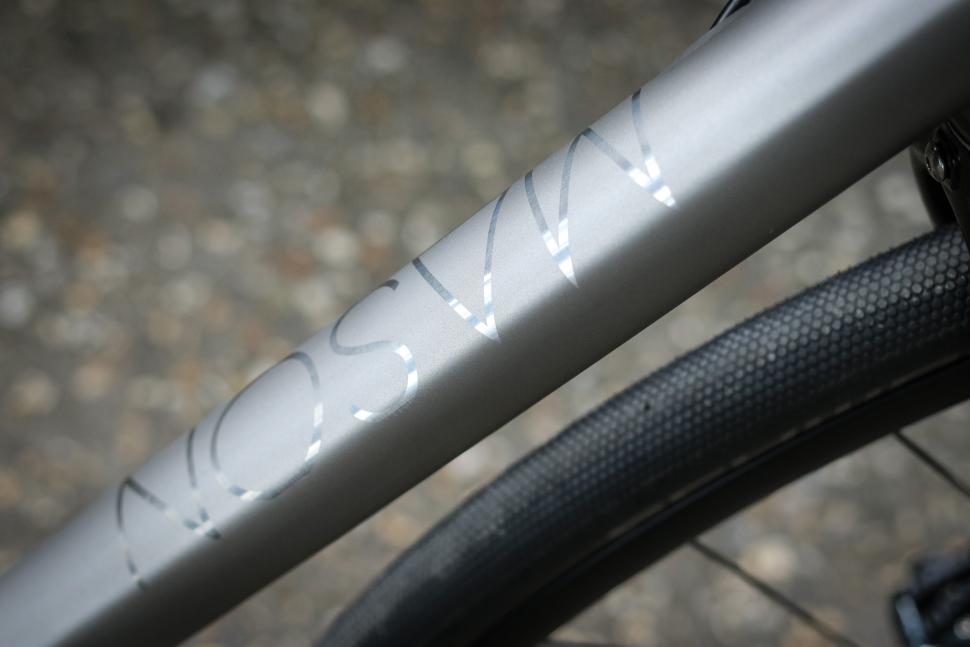 The Mason logos on the down tube and the rear of the seat tube are polished before being masked off while the frame is ceramic bead-blasted to ‘shot-peen’ the surface. This helps to stress relieve the tube surface after welding. 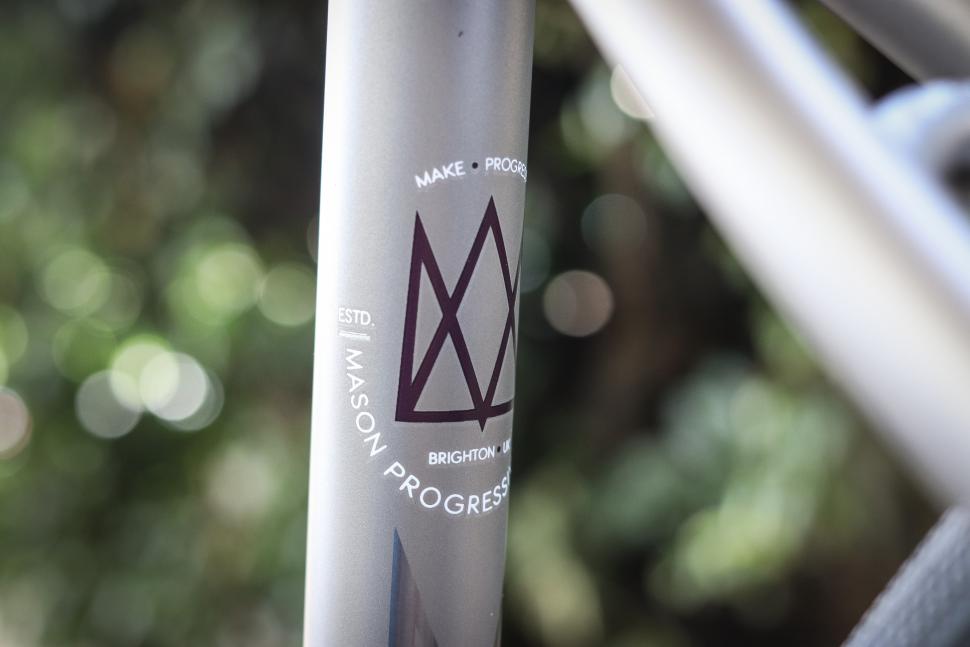 The rest of the decals are then applied.

Extra details like the chain pip and guides for the rear brake hose are also good to see.

As you’d expect, the bike is setup to run with 12mm thru axles at the rear and at the front on Mason’s own Aperture2 full carbon-fibre fork. 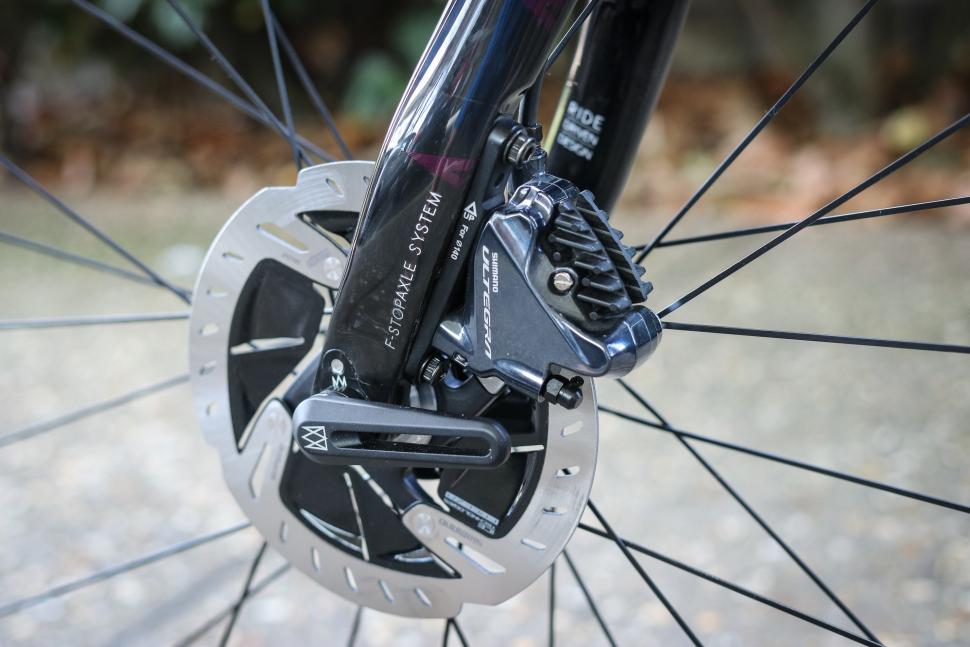 In terms of geometry, the Aspect is similar to the Definition and Resolution. 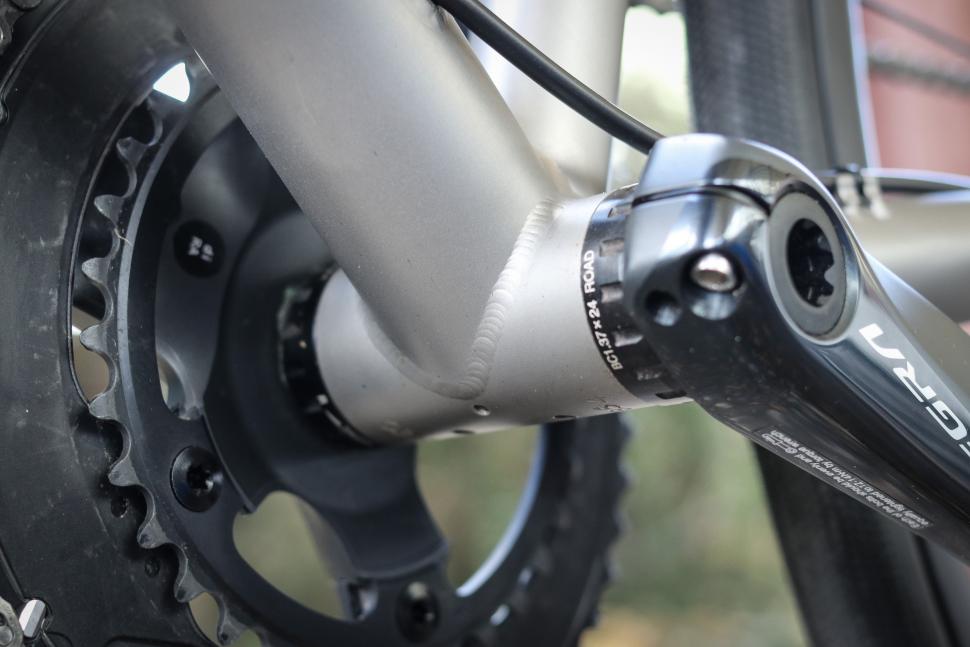 The chainstays are 425mm, 5mm longer than those of the Definition and Resolution. This increases the wheelbase by the same amount. It’ll be interesting to see if that has any major bearing on the overall handling and behaviour of the Aspect.

Full sizing details are available over on Mason's website.

The Aspect is a frame that requires a lot of work and craftmanship with real attention to detail, so it is no surprise that it isn’t one of the cheapest titanium bikes out there. 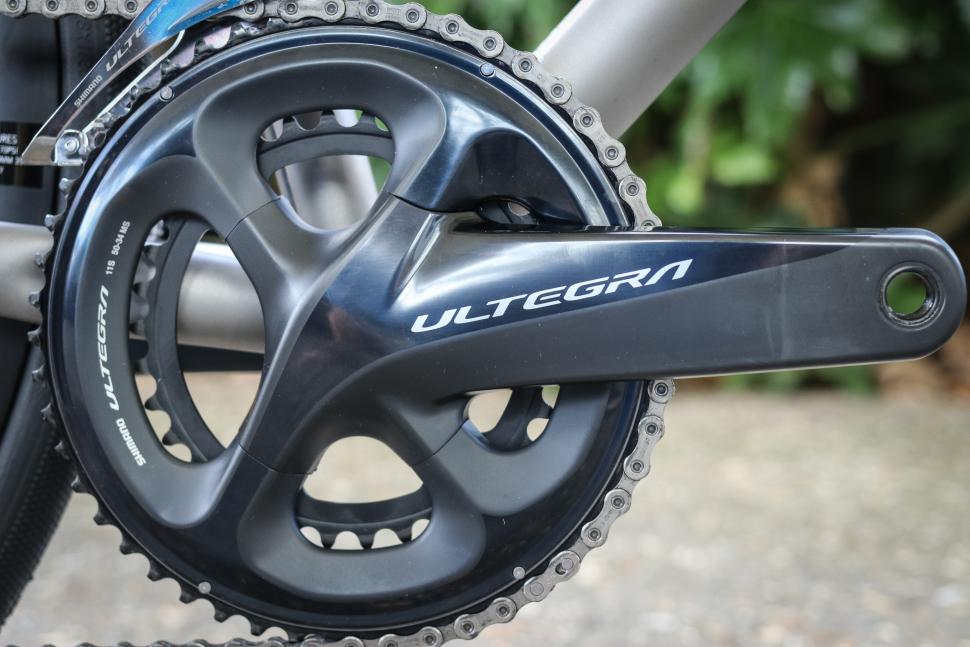 For your £3,450 you get a full frameset that includes the frame, fork, Deda headset, stainless steel bolts throughout, all of the MultiPort adaptors, seat clamp and a Mason Penta carbon seatpost.

That’s all backed up by a lifetime warranty on a frame that has passed full ISO testing. 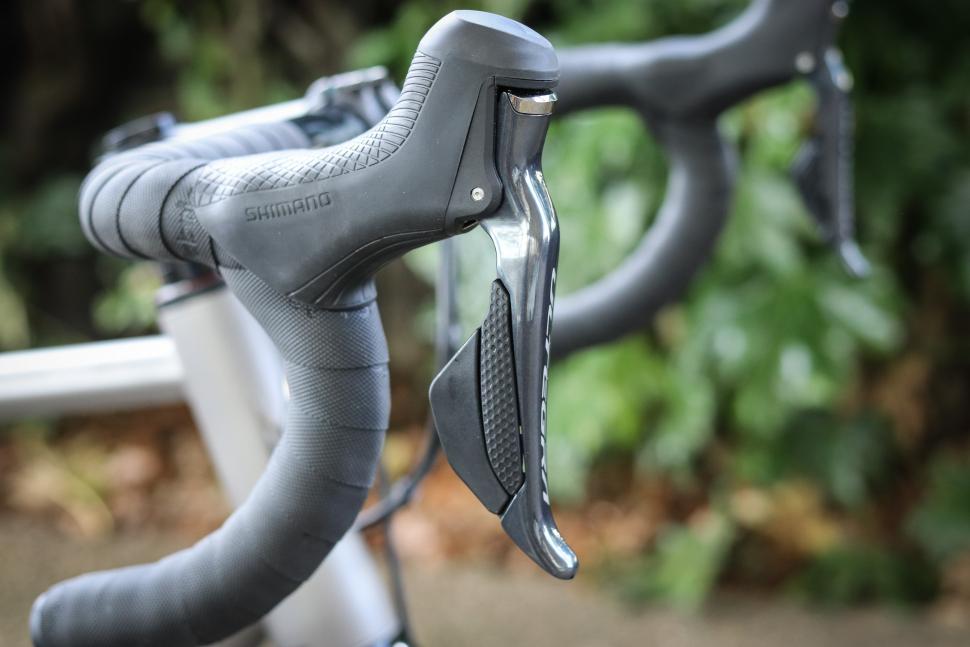 The build we’ve got here is high end with a Shimano Ultegra Di2 groupset, Deda bar and stem, Fabric saddle, Fabric bar tape and carbon-fibre Hunt wheels shod with 30mm-wide Scwalbe G-One Speed tyres (the frame and fork can accept up to 35mm).

The Aspect is available in a huge number of builds and Mason will work through your choices with you while your frame is being made.

Right, that’s your lot for now.

The Aspect is already being ridden around the local roads and we’ll be back will a full review very soon. Trust me, you won’t want to miss it!