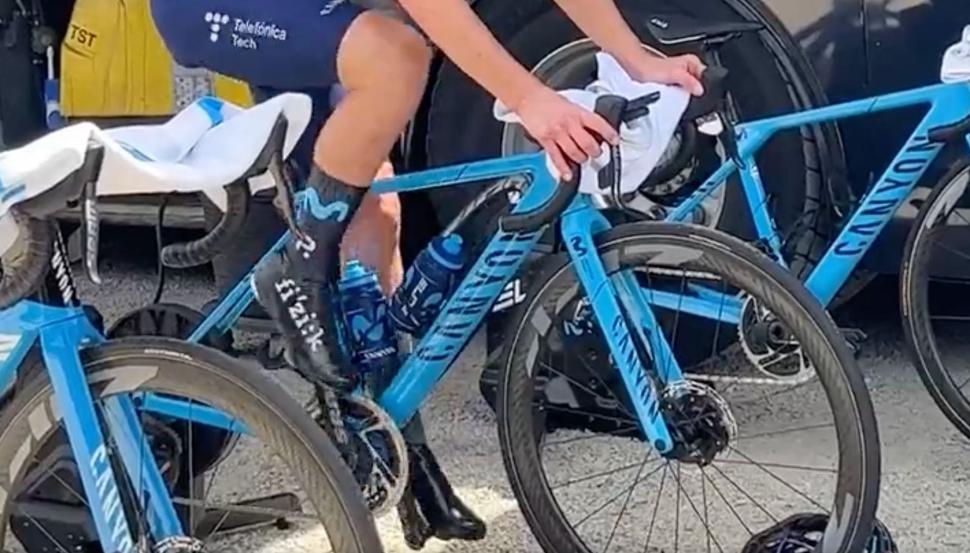 The Movistar men’s team are using a yet-to-be-released Canyon Ultimate in the Tour de France while the women’s team are riding the same bike at the Giro Donne, leading to speculation that an official launch is imminent.

We’ve known for a while that a new Canyon Ultimate is on the way thanks to a ‘coming soon’ page on the Canyon website and the fact that one was spotted at the Criterium du Dauphine. Oh, and also because the existing Ultimate is getting old. The last full revamp was in 2016, not counting the premium Ultimate CFR model introduced in 2020 and various other special edition versions.

Nothing new from Canyon has yet been added to the UCI’s List of Approved Models of Frameset but GCN has had a good look at the new bike at the Tour de France.

Neither Movistar nor Canyon has acknowledged the existence of a new Ultimate but social media images from the Tour de France and Giro Donne clearly show the bike being used alongside the Aeroad.

The existing Ultimate has external brake hoses between the handlebar and the frame/fork, so any Canyon you see being raced with fully internal routing is either the Aeroad – with a deep profile down tube – or the new bike.

You can see that the new Ultimate is a very similar shape to the previous model. However, the seat tube looks a little deeper and the rear isn’t cutaway around the leading edge of the rear wheel.

The rear dropout is a different design too.

🐐⏱🇮🇹 @AvVleuten has chosen to be an early starter (13.09 CEST) for today’s #GiroDonne22 TT opener in Cagliari. Interesting to see her ‘reentrée’ 👀

This video clearly shows a D-shaped seatpost profile on the new Ultimate, whereas it was previously round.

The fork crown is a whole lot more angular than before, presumably to allow for greater tyre clearance, and there’s loads of space between the seatstays too.

The one-piece handlebar/stem has aero top sections and GCN says that they’re width adjustable, as they are on the Aeroad. 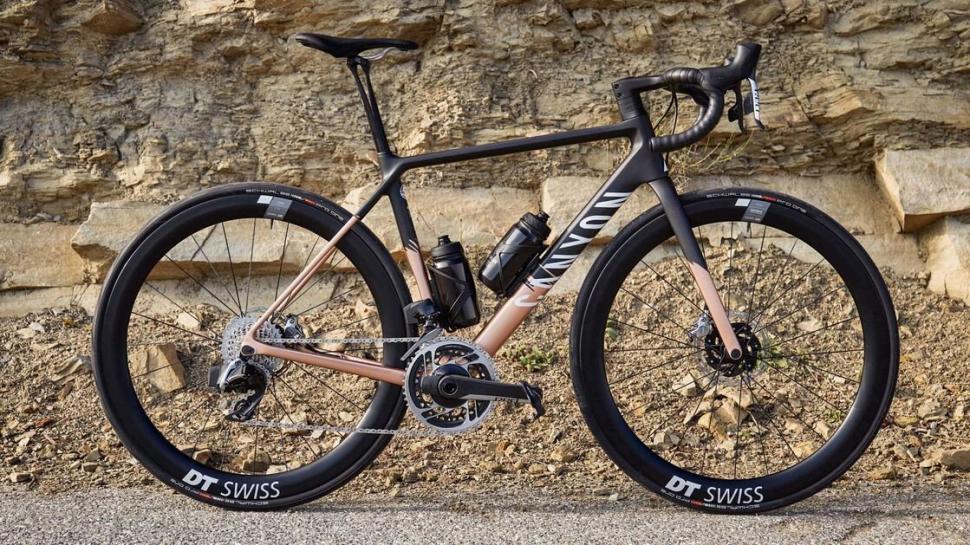 This is the 2022 Canyon Ultimate CF SLX

It used to be that most brands would have a lightweight bike at the top of the range – the Ultimate in Canyon’s case – sitting alongside a significantly heavier aero road bike – such as the Aeroad.

However, there has been a trend for the two bike types to merge, with aero bikes getting lighter – as the Aeroad did with its last revamp – and lightweight bikes to get more aero – as has been the case with the Specialized Tarmac SL7, Trek Emonda, and so on.

One bike to rule them all: why lightweight aero bikes are now THE essential Tour de France race weapon

The seat tube and seatpost on the new Ultimate suggest that Canyon is going a little way down this route, although the overall silhouette remains very different from that of the Aeroad so we don’t think it’ll encroach too much into the aero territory.

The latest Aeroad was being raced long before it was officially released but it would be unusual if Canyon didn’t launch its new bike before the end of the summer.