Trail Break has been organising cyclocross sportives - long distance rides over mixed terrain - for many years now. Given the rise in popularity of adventure bikes and the appetite for this style of riding, I headed to the KinesisUK Gold Rush Gravelcross last weekend both to see what the riding is like and test the flash new Specialized S-Works Diverge I’m reviewing at the moment.

And what a lot of fun I had. The event offered a choice of distances, from 38 to 75km, making it ideal for wide range of abilities, fitness and experience levels. The route started on the edge of Salisbury and weaved its way, via quiet country lanes and a mix of off-road trails, from muddy bridleways to gravel tracks, to Shaftesbury, where the iconic Gold Hill (otherwise known as Hovis Hill) marked the turning point of the ride for this out-and-back loop. 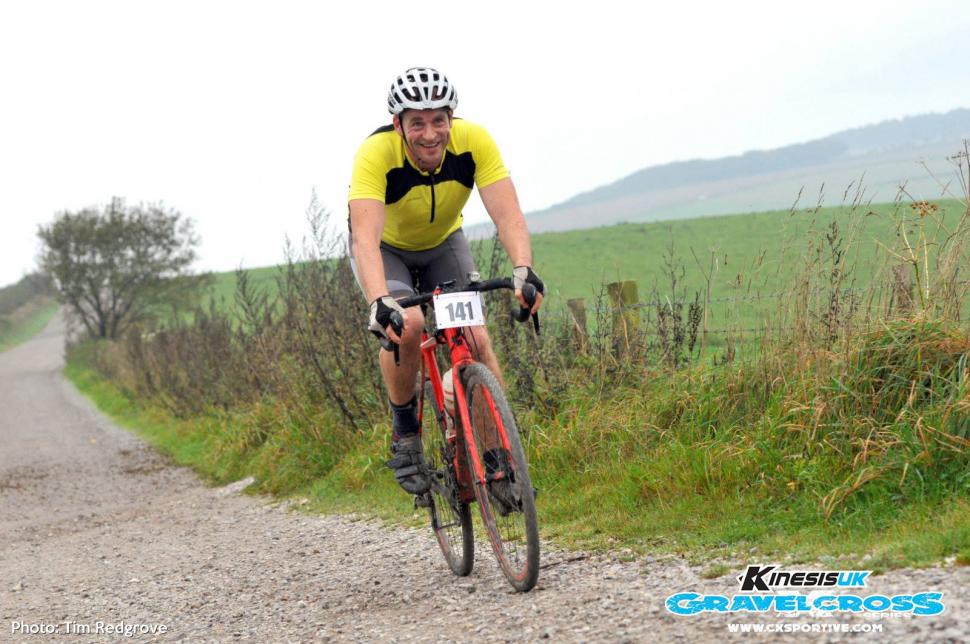 It was a challenging ride (especially when riding with two friends determined to get round in a rapid time and home in time for DIY duties) and 75km seemed like plenty long enough after I crossed the finish line. The route might have ‘only’ been 75km, but with over 1,000m of climbing to contend with and the off-road sections being naturally slower than the road, you definitely felt it in your legs afterwards. Well, I did anyway!

It certainly wasn’t a race, though the event was timed with electronic ankle transponders and there were gold, silver and bronze cutoffs if you were wanting to test yourself. There was a really good spirit and camaraderie amongst the riders and it was fascinating to observe the many different bikes, tyre, gearing and equipment choices people had made for the event and have a natter with different people throughout the ride.

Milling around in the car park before the start, deciding what to wear when the actual weather was not matching up with the weather forecast, it was clear the majority of people were opting to ride a cyclocross bike. That’s no surprise; cyclocross bikes have been very popular over the past handful of years as much for racing as they are for commuting, general riding and events like this KinesisUK Gold Rush Gravelcross. Quite a few cyclocross bikes had been modified away from their racing roots, with wider general purpose tyres, saddle bags, bottles and other accruements. 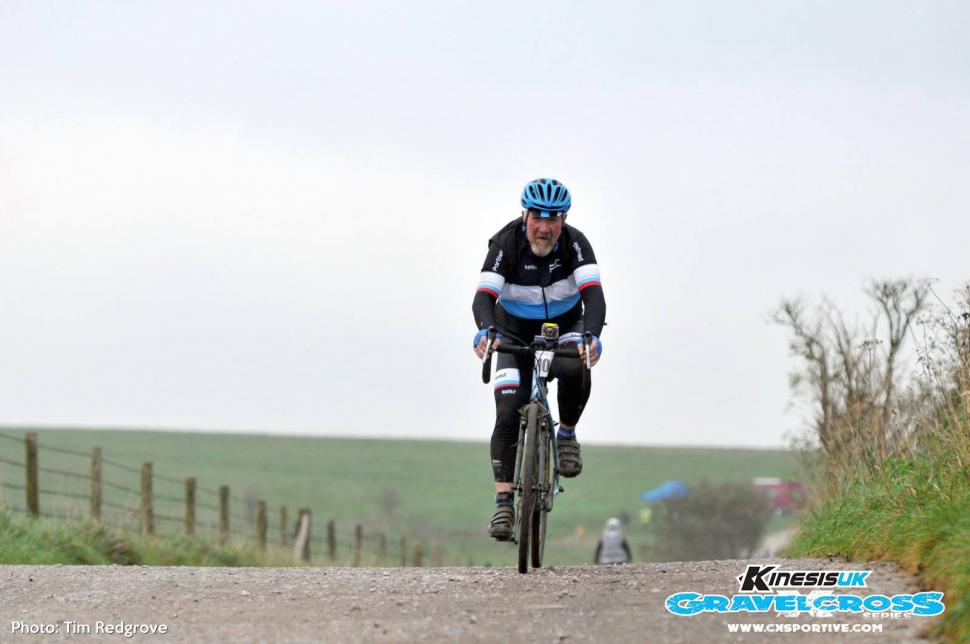 Adventure bikes are the trendiest thing since cyclocross bikes were the trendiest thing a few years ago. I had spoken to organisers Phil and Martin in the week leading up to the event about the bike choice. They explained that the courses they had devised were intended to be best ridden on a cyclocross bike, but that a mountain bike was a good choice, though it wouldn’t be as speedy on the road, and that a road bike was an ill-advised choice. The new Diverge seemed like a good choice - bigger tyres than a cyclocross bike and road bike manners and speed where it mattered, and front suspension and a dropper post when the going got rough.

- 18 of the best 2017 gravel & adventure bikes — super-versatile bikes that are at home on lanes, potholed streets and dirt roads

I wasn’t surprised to see a few other people on adventure bikes: a 3T Exploro, Mason Bokeh, Kinesis Tripster, Cannondale Slate, and Open UP were spotted on the route. It is clear events like these are going to get a surge in attendance as more people are clearly buying adventure bikes and will be looking for events that appeal to their all-round capability. 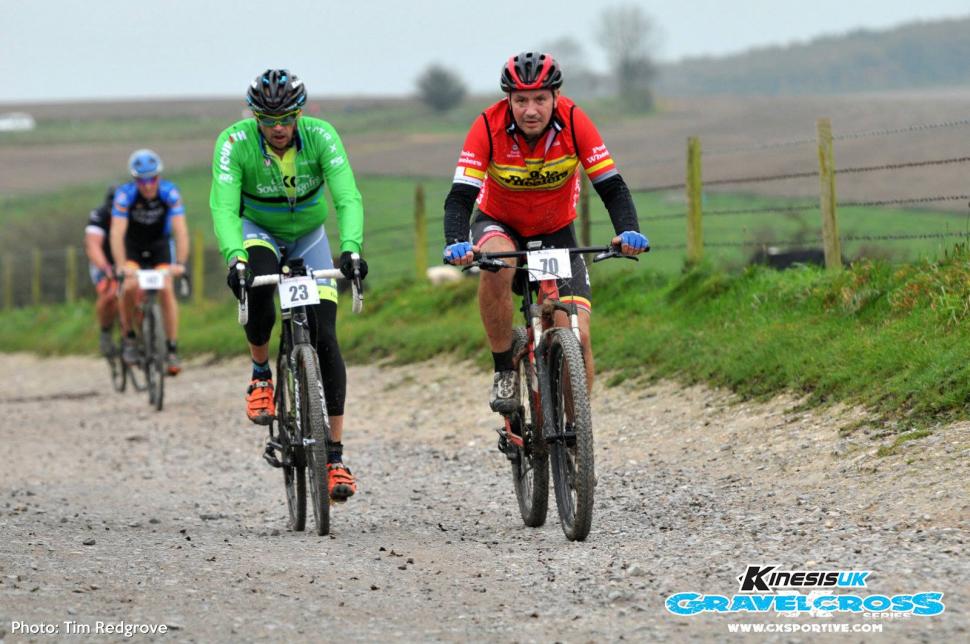 Trail Break has been organising events since 1989 and this shows, the organisation on the day was all very slick and seamless, the details were taken care off like plenty of hot food choice at the finish, live timing results and medals for all.

There was no need to take many supplies, though bottles and pockets were full as is always sensible at the start of any ride, organised or not, as the regular feed stations were well stocked with water, energy products and lots of snacks from flapjack to bananas and jelly babies.

The events offer a nice way to explore a new part of the country. I had never ridden around Salisbury or Shaftesbury before, so to benefit from the local knowledge of the organisers with a really nice route that stayed away from busy roads and took in some highlights of the area, from Gold Hill to lots of fun gravel tracks and off-road blasts, was really appreciated. It was well signed but a GPX file was offered if you wanted the route on your cycle computer.

And it was the perfect mix of terrain to test the new Specialized S-Works Diverge. The 38mm tyres, with a smooth centre section and raised shoulder blocks, were speedy on the road, but grippy enough to find reassuring traction on the stone and gravel tracks. An early section of muddy rutted bridleway found the limits of the tyres somewhat, but I was able to get through without dismounting. A chunkier tyre would have been ideal for this one short section. 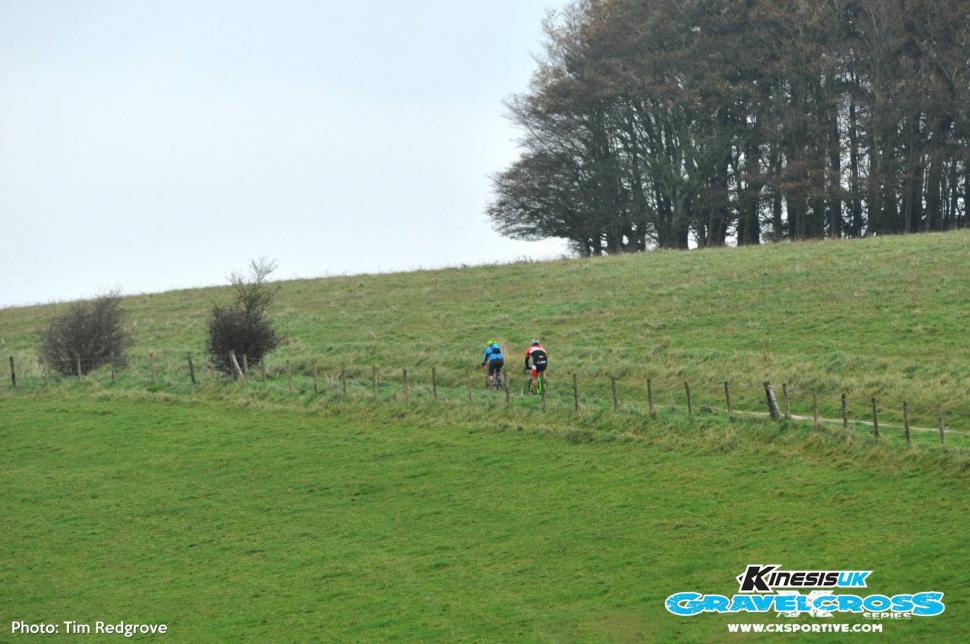 - Specialized’s S-Works Diverge takes adventure to the next level

The low weight of this top-end S-Works build helped on the steep climbs, and the wide ratio gearing was a benefit on the grind back up Zig Zag hill. The Future Shock smooths out the front-end jolts, but it’s much firmer than the Roubaix setup so it doesn’t move unnecessary, such as when you are out of the saddle. It handles bigger impacts well, and made riding some of the bumpier trails faster and smoother than the cyclocross bikes around me that were being bounced around.

There was only one fast and quite sketchy descent where I was able to deploy the dropper seatpost, but in fairness, the course wasn’t demanding enough to need to drop the saddle height. The rest of the equipment was faultless. The Shimano Di2 shifting flawlessly across the wide range cassette, the saddle comfortable, the carbon Hover handlebar a nice shape and the bar tape nice and grippy when riding without gloves. But it was the route and organisation that was the highlight. Riding Gold Hill was fun and Zig Zag hill (apparently a climb with the most hairpins of any UK climb) was rewarding, especially getting to both ride down and up it. Though the weather was doing its best to shroud the landscape, there were some beautiful views to enjoy on the highest parts of the route. The final blast along the Old Shaftesbury Drove was a highlight and any last energy reserves were surely emptied along this fast gravel track.

If you like the sound of all that, Trail Break has a full calendar of KinesisUK Gold Rush Gravelcross events planned for the coming months, and you can see the full list right here. The next one is the Kinesis UK CrossBones GravelCross over the South Downs which sounds like a lot of fun. See you there!