Odd Down Masters: round 1 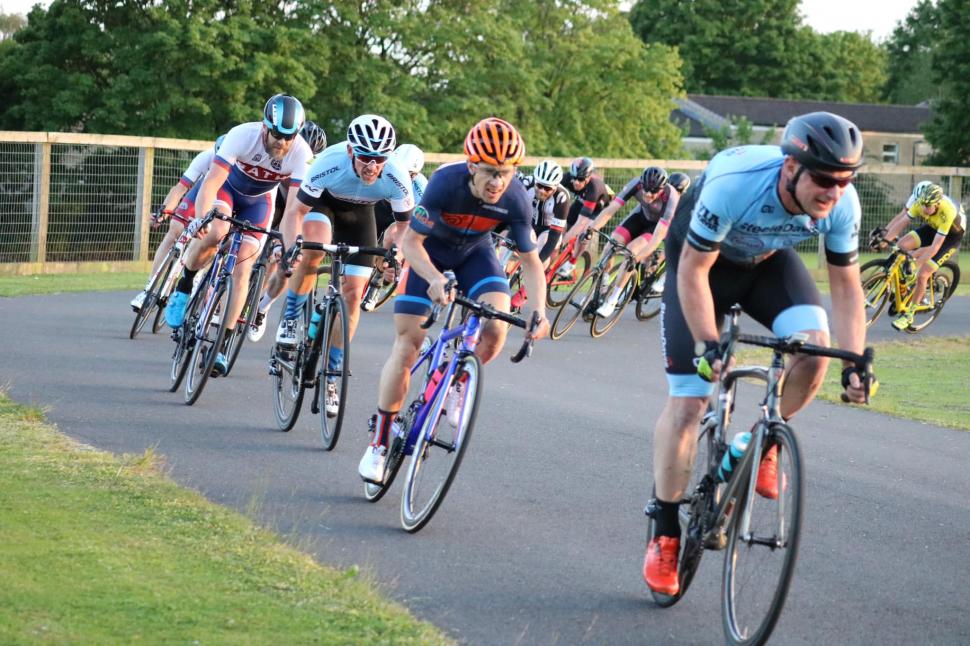 Continuing my theme of only doing events that last less than an hour or more than a day, last night was the first summer race at Odd Down circuit in Bath for me. It was a masters race, so a mix of riders more grouped by age than ability. I ride for Bath, and we had Rob Pears in the race. He’s the fastest 56-year-old I know, and last year was the fastest 55-year-old of the lot, or at least the League of Veteran Racing Cyclists national criterium champion for his age group. So we were pinning our hopes on him. Not ideal then when I got shut out early on and made him ride on the grass for a bit. Sorry Rob. Anyway, the idea was that he would win, and we would help if we could. 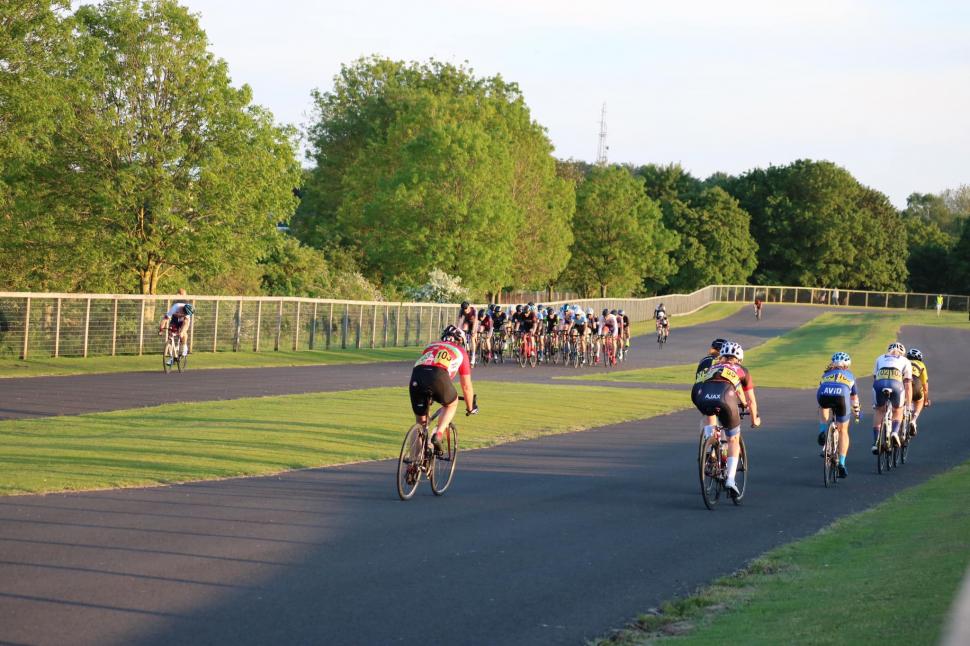 To be honest, after knocking off 600km at the weekend I wasn’t sure how much help I’d be. But I'd finished the big audax on Saturday and hadn’t done much since, so I’d had a few days of recovery. And when we rolled off and the race got going I was feeling okay. It’s always hard, but I wasn’t flying off the back, which was what I was expecting. I was trying to do two specific things: hit the sprints out of the hairpins hard to try and maximise the amount of time I could spend coasting in the pack; and get nice and low whenever I was in the wind to minimise the amount of work I had to do. I was hiding about halfway down the pack for the first half of the race anyway, and I was pretty comfortable, relatively speaking. 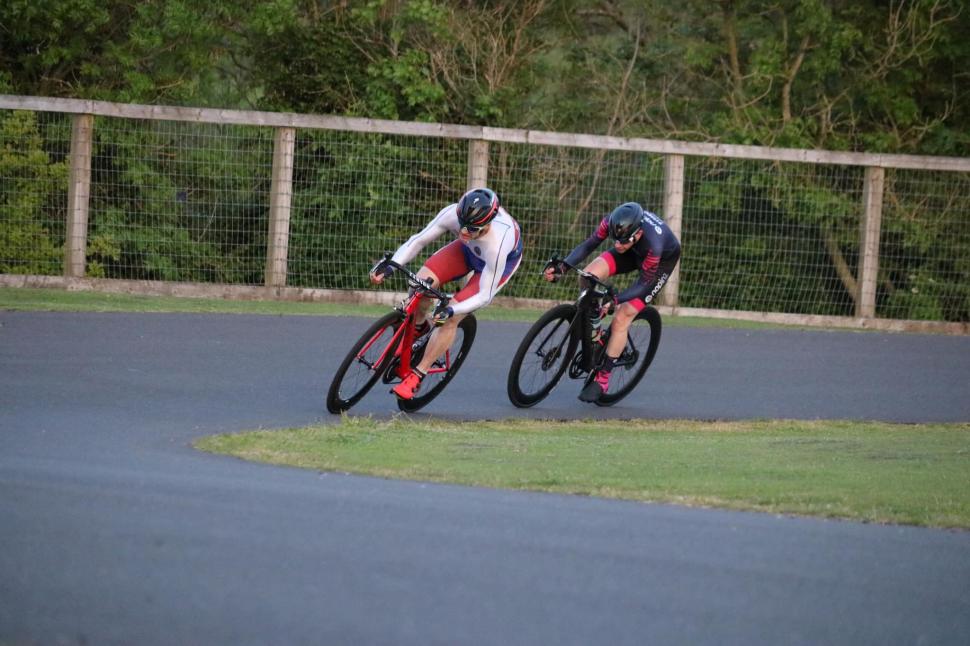 Rob attacked with about six laps to go, and towed one other rider away with him. Myself and Steve moved to the front of the pack at that point and tried to make a nuisance of ourselves with a view to slowing things down a bit and letting Rob build up a lead. And, for once, it worked: when we hit the front we’d ease off a bit, and when attacks came past we’d try to mark them and then sit in, before coming past and easing off again. When the three laps to go board went up, it was pretty clear that they were staying out; to be honest I think Rob would be able to ride off the front whatever was happening behind, but it’s nice to think you played a part, and we did at least do what we set out to do. 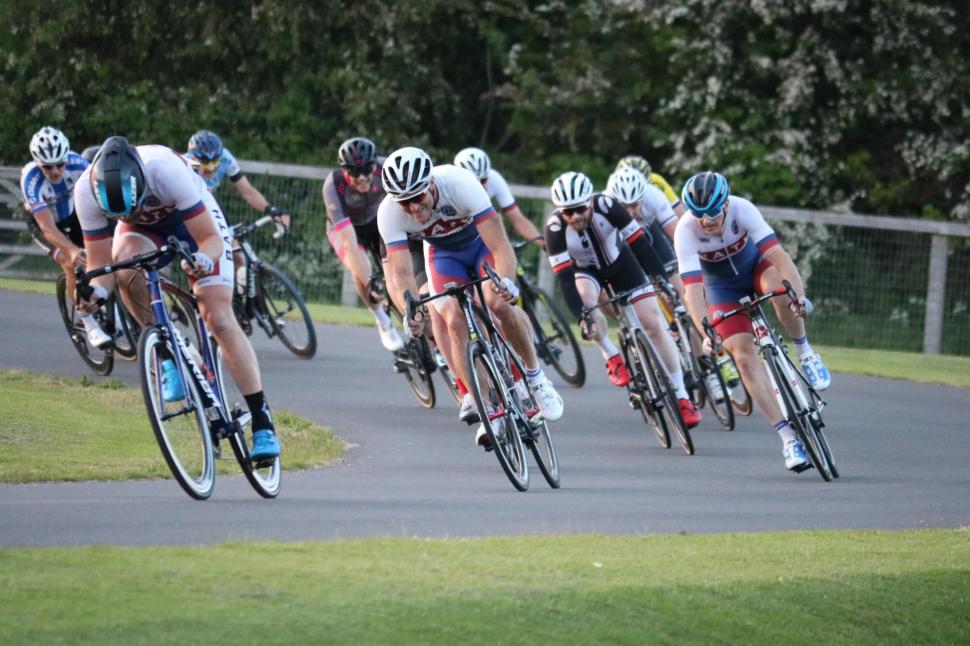 A couple of late jumps came and went but it was still mostly together when the bell came, and I found myself thinking: I’ve enough left for a sprint here. So sprint I did, and I think I came eighth, which is a considerably more positive result than I was expecting in what was a pretty tough race. Oh, and Rob won. Of course. 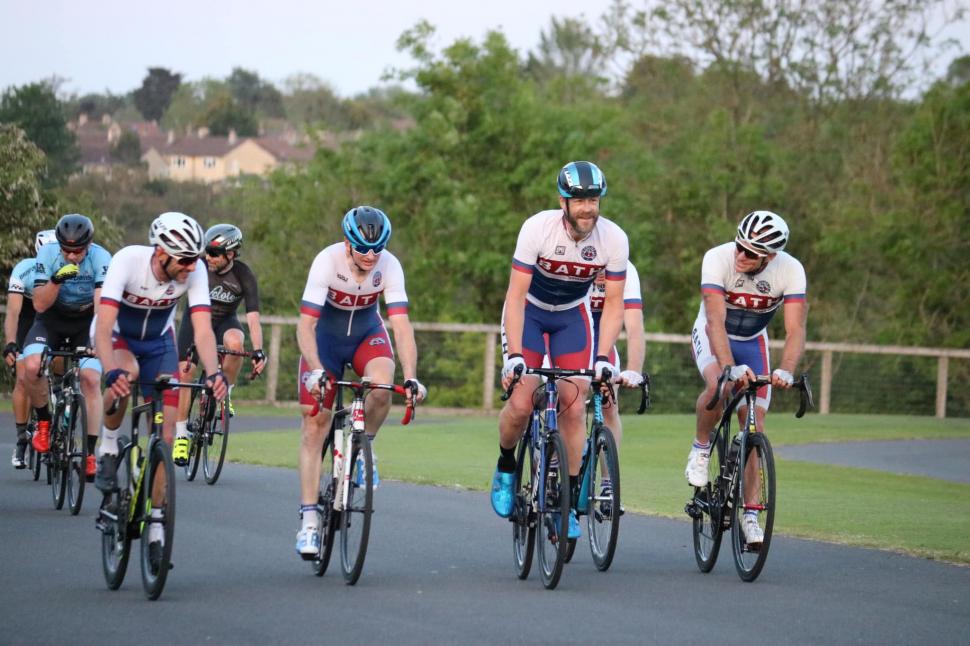 Thanks to Gemma Stephenson for the pics