Be Realistic Ask the Impossible: Let the Good Times Roll

i hope that like me you all had a very merry and (too) relaxed Christmas!
The merriness in my household may have been as high as an alpine peak but that for the last couple of days but that's where the cycling comparisons end I'm afraid-unless of course you count my being the rather fortunate recipient of cycling related paraphernalia on the day itself!

With the cold weather in mind I had laid some rather unsubtle hints about getting some appropriate cold weather attire, so I was very happy to receive a lovely Torm base-layer t-shirt in black with white trim, and matching arm warmers, which I have been sporting ever since I 'tried them on' on Christmas day as they are so comfortable and have been keeping me pleasantly toasty both in and out of doors.

I'd seen the Torm gear on a couple of forums and was impressed by the design and price of their gear and I was not disappointed by either the quality of the cut or materials used. The small size base layer-t fits me perfectly and the medium arm warmers are again, perfect length and give me full arm coverage with the rubberised grips at top and bottom being snug but not uncomfortable, and they look very classy and understated when compared to other cycle gear that are awash with garish logos that seem to be the only determinant of price point.

Also found under the tree were several books I am very pleased with-Robert Millar's biography 'In Search of Robert Millar', one of Britain's most successful Tour de France cyclists and a native son of my home city, Glasgow. 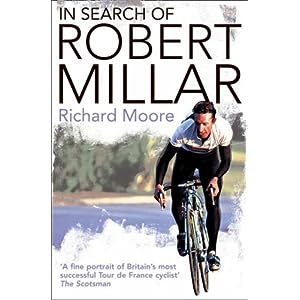 From the little I know of him he's certainly a complex character and one that attained admirable victories so for many Scots like me he is an especially motivational figure. 'The Tour Is Won on the Alpe' is another of my Crimbo bounty-a biography of all the race stages that have passed over the Alpe d'Huez, the winners and key moments that have given it its iconic status and added to Tour de France lore since the very first time the race included it in 1952. 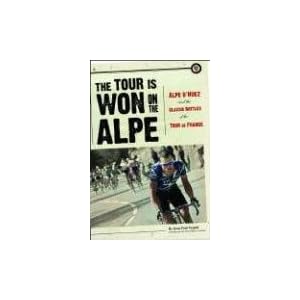 Thinking of all the tour greats and classic battles that have happened on its slopes will certainly give me lots of motivation in readiness for the Etape, not to mention in pulling myself up it in July! 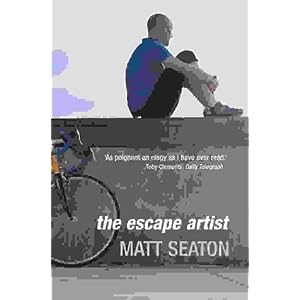 Finally, I also received 'The Escape Artist' by Matt Seaton, which came strongly recommended by a close friend as a more real-life account of the authors intense love of cycling in the midst of great personal turmoil and adversity, so I look forward to reading this too and I will certainly give you my verdict on them all.

There's not much to report on the training front; apart from 2 days off from the turbo (mea culpa) I've been quite well behaved on the dietary front and not overly indulged in the whiskey or wine, so I don't think I've done too much damage to the decent weight loss I'd achieved in the month previous. Now the roads are thawing so when I get home tomorrow I'll be pumping the tires up on my bike and getting out and over the hills before i catch the train to London... I'm going to be very interested to see how I fare around my usual routes and will be trying to apply all the technique I've been practicing on the turbo on the road by way of comparison, as well as putting the Garmin and new thermals to good use.

So-many happy returns for 2011 when it arrives and I hope you've been as fortunate as I have with your Christmas swag!