Sand In My Shoes

VecchioJo gets cold and wet, watches cyclo-cross and has a beer. Belgium then.

Getting sand in your shoes conjures up images of long walks on warm beaches, romantic sunsets and happy holiday memories. Not standing in a grey field claustrophobic under low cloud with a stiff breeze coming off the North Sea rattling in frequent showers that push wet into the back of the jeans and cold deep into the bones. I have damp sand in my shoes. I’m in Belgium. If there is any romance it smells of beer and embrocation.

We are in Koksijde for the weekend to watch the third round of the UCI Cyclo-Cross World Cup, ride bikes and maybe have a strong beer or two, just to fulfill all the Belgian stereotypes you understand. We’ve come to Koksijde because it isn’t your standard round-a-muddy-field CX race, it’s infamous for being set among the sand dunes with sections of the course that go through ankle deep sand, up and over short tough climbs and descents, bits of beach that suck legs and grab wheels with equal enthusiasm. From a spectators point of view it’s fantastic, most racers hate it. 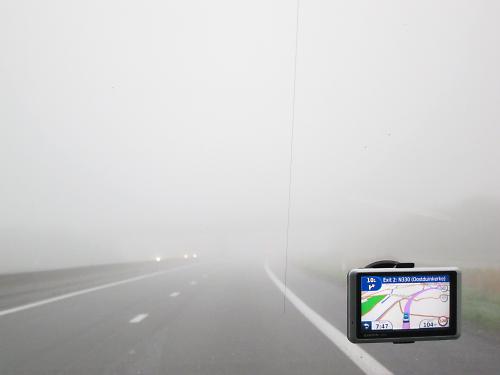 A bit of last minute Friday night research over a meat and Affligem heavy supper suggests that the race that we thought was on Sunday is actually the day before, ah. Plans are hastily rejiggered so the ride to watch the practice on the Saturday is moved to the Sunday and changed to just having fun noodling about on bikes and Sunday s driving to watch the race is shunted forward a day. Easy. Let’s have another beer. Race morning is exactly as foggy and grey as you might expect a November day in Northern Europe to be and as we cross the border from France into Belgium it starts to rain. Like a caricature. A little bit of knowledge gleaned from coming to Koksijde at the thin end of the year to watch the World Championships sees us cheekily parking down a lane close to the race-course rather than trudge miles from where signs are directing the traffic to park and that same knowledge from previous experience has us wearing everything we own, with stout boots, a warm hat, and an umbrella. And a scarf. And an extra layer just in case. The frites stands aren’t open yet and despite the gusto of some ‘cross fans it’s still a bit early for a drink so we head off across the bleak airfield where the race is based to snoop around the pits. Even at a World Cup event people are free to walk around the vans and E-Z Ups of the Pros and politely poke their noses into bikes and set up. There aren’t any disc brakes in case you’re interested, because this is European cyclo-cross racing. Mechanics are prepping and cleaning bikes after practise runs, impossibly thin and lanky riders are warming up on rollers, producing more wattage already than I ever could on my best day, noses are stuffed with cotton, the waft of warm-up oil is heady. 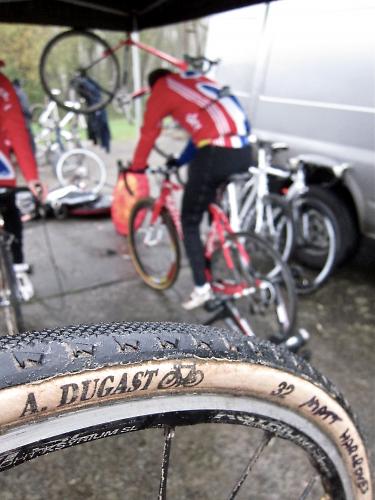 It’s a long day of racing but it’s a prejudiced crowd and the efforts of the Junior men and U23’s goes largely unnoticed but for mums and dads, with the crowd thickening up just a little bit to watch the Women’s race go by. They deserve more. American rider Katie Compton worked out an impressive lead by the end of the first lap and rather than ease up and cruise comfortably she hammers her domination home with a lead of one and a half minutes over brit Nikki Harris. With Nikki in second Great Britain also has Helen Wyman in fifth and Gabby Day in tenth. That’s three British women in the top ten. I’ll say that again. Three British women in the top ten. 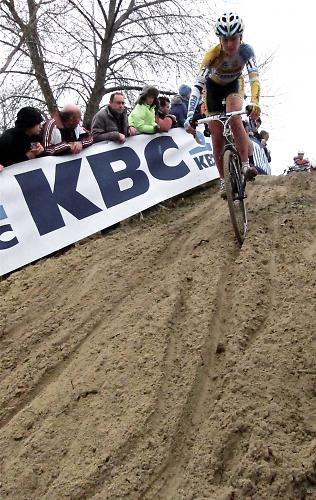 By the time we’ve had some glühwein and frites and the start of the Elite race has rolled along the crowd has swelled threefold and the entire course is lined with spectators. Partisan flags are everywhere, riders supporters clubs clump together in their favourite spots wearing merchandised hats under merchandised umbrellas waiting for “their” rider and cheer as names are read out from the starting grid, spots on the climbs and descents are at a premium and resolutely defended with sharp elbows. The speed difference between the top men and everyone else preceding is outstanding, and no-one here today is slow, the Elites just have that level of swift and smooth that us mere mortals can only manage for meagre seconds and it’s both glorious and humbling to watch.

As races go it was among the best. It took a while to settle down and for the favourites to make their mark but almost exactly halfway through World Champion Niels Albert took to the lead, wearing the rainbow jersey he’d won on the same course earlier on in the year and there’s a tangible sense of disappointment that Belgian champion Sven Nys is languishing somewhere further back in the field. If you listened to the crowd it was obvious that being champion of Belgium was better than being champion of the World by the wave of noise that followed him round the course. Everyone loves Sven, he’s been riding cyclo-cross since it was invented it seems and he’s something bigger than a hero in his home country. But over the hour Nys does his fans proud by slowly working his way towards the front, with each rider he overhauls he gets a massive cheer from the crowd, and when he finally leapfrogs into the top three everyone gets just a little bit excited. Nys is one of the few that enjoys the sand, power gliding across the top and making up huge fat fists of time where others are floundering, he could just possibly pull this off. I’m standing right where he makes the move from third into second and for a moment the force of the roar from the Belgians stops the rain in its tracks. This is going to be good. It’s been a wonderful ride and show of race tactics so far and when Albert skids out on a corner on the final lap Nys grabs the gift in a pounding heartbeat and hammers it all the way home, hard. Albert does his best to latch back on but he’s in full view when he stutters and slows in the sand. Watching a world champion falter and visibly lose the will to chase is a sobering experience.

The Eurotechno music that’s been thumping out of the beer tent booms a little louder and the singing gets rowdier, the Belgian national anthem plays faintly from somewhere over the other side of the dunes, the large inflatable Biko washing-machine gets deflated and it’s all over, final frites are bought and everyone yomps cold and damply home. 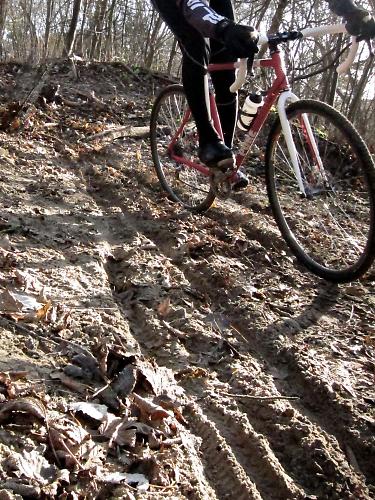 Sunday dawns with a sky the same colour as a Belgian team jersey and a little breezey. We’re blown eastwards along the coast, aiming for the woods that we’d discovered earlier in the year to explore them further. On the way we chase cars, somehow get entangled in a cross-country running race, stop for a coffee and a bun, ride along railway tracks and hoist the bikes over a few fences, the usual CX ride then, until we finally reach the previously chanced upon woods. When you get four friends together the whole ride gets done at full gas, especially when it’s through the trees on marked mountainbike trails that just so happen to be perfect for cyclo-cross bikes, with someone always on point trying to shake wheels off their tail. There are enough sections of sand to help us pretend to be yesterday’s racers, or at least try. A small rise up back up into the trees that was it any other kind of surface would barely see you changing gear or breaking sweat is mostly impossible as it’s rim-deep sand. Fail halfway up first time round, laughing. Try again, faster entrance, change gear later, fail. But a little bit further up than before. Try again, and again, and again, channel the Inner Sven, clench jaw, give up. Watch a local rider on a mountainbike breeze up it. Turn the bike around, try again, and again. Give it just one last go so the knees go pop, philosophise that it’s always good to have a hill nemesis that needs coming back to next year. A brief timely break just as some showers clatter through finds us in a little place in De Panne that sells sandwiches and omelettes and pasta and beer and coffee and cake and pastries and chocolate Popes and little pink babies. The perfect cycling stop then? It’s marked on the map. We feed ourselves silly and then have cake for afters before diving back into the woods now the low in the trees sun is back out for a final quick runaround before we have to rush back for the Chunnel. It’s more fun and games until the bungee gets stretched a bit tight and a rider gets it a bit wrong and hits the ground hard, via a tree on the way down. There is proper quiet pain that hides a chipped bone and we realize we’re all probably just a little tired, so we do just one more lap and retreat along one final stretch of cobbles to the van where there’s beers waiting under the seat. Because it’s Belgium.