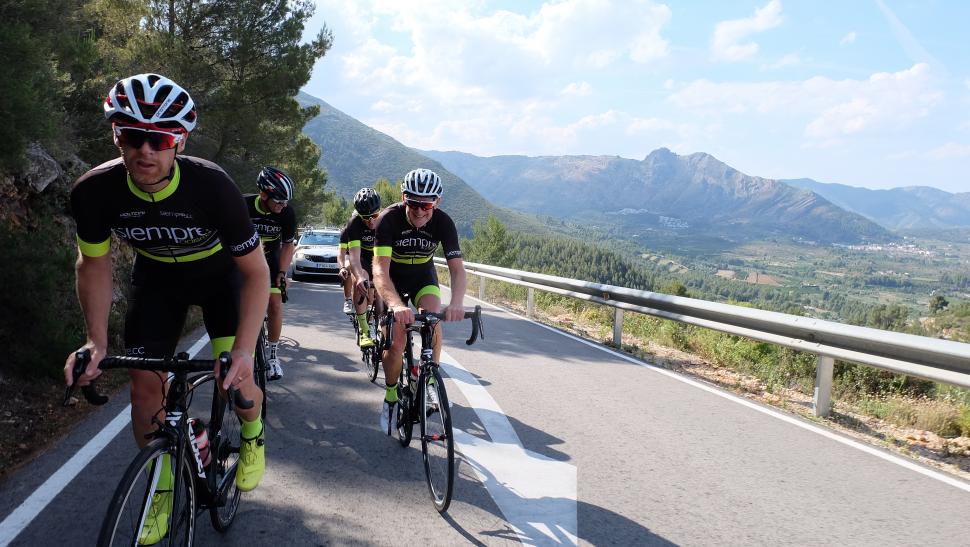 This should be a very busy time of year for any business running cycling holidays in Spain as clubs and riders from northern Europe seek out the sunshine, scenery and challenging climbs for their Spring training, but the country's lockdown due to the coronavirus pandemic means that the season ended almost as soon as it began. In this guest blog post, Gavin Morton, who moved to Spain at the end of 2015 with his wife Kathryn to set up Siempre Ciclismo, tells us about life under lockdown there, and how it is affecting their business.

Adjusting the angle of the upright fan to direct more of its breeze on to my face and upping the contrast on the screen to account for the brightness of the overhead sun, I hop back on to my rollers and rejoin my friends in the virtual cycling world of Zwift. 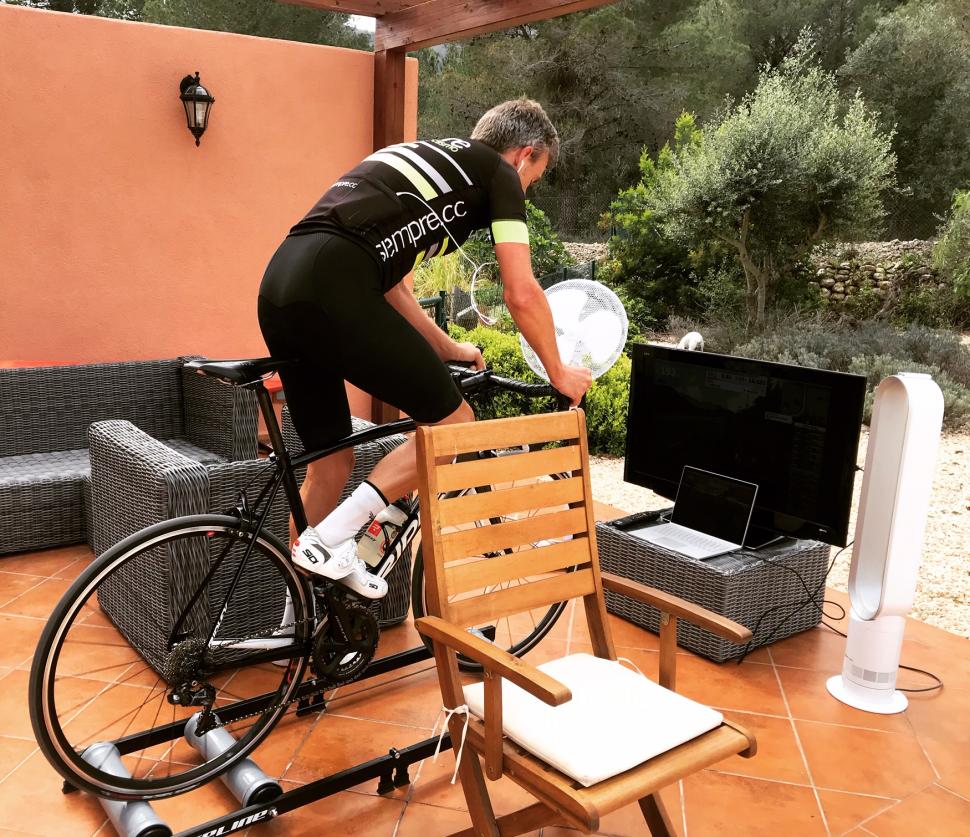 Yep, that’s the new style of cycling in a locked down Spain … where we can only leave our house for essential food shopping or for visits to the local farmacia. The Guardia Civil are patrolling the streets and stopping any cars on the road to check your documents and where you’re going, any breaking of the strict lockdown order could see you facing a €600 fine.

Rewind … back to December 2015 … After months of eBaying off all our unwanted possessions my wife, Kathryn, and I piled all our remaining things in to our car and along with Poppy, our dog, headed to Portsmouth to catch a ferry to take us to a new life in Spain.

We’d long dreamt of leaving the UK to set up a cycling holiday business in the sun; I had been Group Management Accountant at Brompton Bicycle and Kathryn had worked as Race Administrator for The Tour of Britain, so we knew the industry well.

We moved to the beautifully idyllic village of Lliber in the Alicante province of Spain. Just a few kilometres from Calpe, the area is a Mecca for cyclists from all over the world and so, Siempre Ciclismo was born. Everything was running well, I was working hard exploring the area on my bike – tough job but someone had to do it! – forging relationships with local hotels and generally getting to grips with Spanish life. And then on 24th June 2016 we woke up to what had seemed unimaginable just days before: the UK had voted to leave the European Union. Unsure where it would leave us and our fledgling company was unsettling to say the least but we were determined to do whatever we could to make it work. It soon became apparent that while things may well change in the future, nothing would be happening overnight and we continued to press on and make the most of things.

We continued to grow the company and quickly established a loyal customer base that saw many groups returning year on year to enjoy a week or more on the wonderfully quiet roads of the northern Costa Blanca. 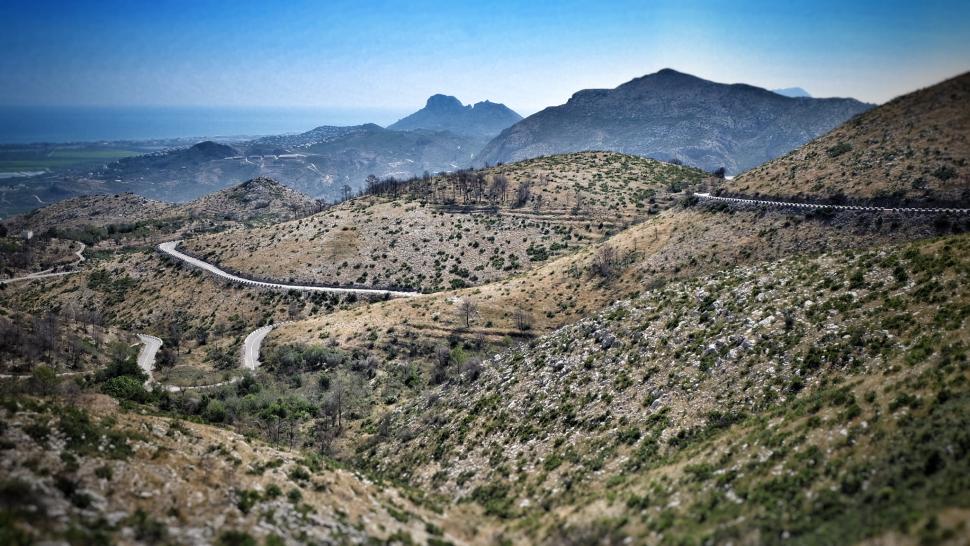 I was commissioned to create more and more bespoke tours for our returning clients, not just locally but further afield within the Valencian community and beyond. We’d also run trips in other areas of Spain and our Saturday morning ride outs were gaining more and more of a following.

The calendar for 2020 was filling up seriously quickly. In addition to guiding locally and our early season training camp, much of the early months was spent routing a Gourmet Tour we were putting on for returning clients from the UK, America, Mexico and Canada. Two weeks of fabulous roads, fine food and great hotels takes a lot of meticulous planning.

We were still holding our weekly social rides along with a supported version of our monstrous Magnificent Seven one day ride all the while prepping for the busy season ahead. Over three weeks in March we were due to have out nearly 100 people from Iceland, before heading out on the road with two back to back tours …

I’d been keeping my eyes on the news and watching the COVID-19 situation in Italy pretty closely and I was concerned that there was a possibility Spain could follow a similar trajectory, although at this point there were just a small number of cases in Spain. I contacted the hotel where our first 40 guests from Iceland would be staying to check if everything was okay at their end and was reassured that everything was fine, we were tranquilo, sin problema.

As the days ticked by and the arrival date loamed large on the horizon the daily death toll in Spain had reached double figures and the day before the trip was due to begin, I heard rumblings that perhaps lockdown in Spain was imminent.

The health and safety of our guests has always been paramount and although our local area is relatively untouched by COVID-19 I felt conflicted as to whether we should go ahead with the trip. There was much discussion between myself and the leader of the group running the trip from the Icelandic side.

Believe me, deciding to suggest the postponement of the trip at this late stage was one of the most critical decisions I have had to make, as at this point we had no idea of the scale of COVID-19.

No-one wants to disappoint a client but no-one wants to endanger them either. It was the right thing to do and there was consensus from the group to postpone. As it was, what would have been their flight left Iceland as scheduled and arrived at midnight on 14th March just as Spain went into a nationwide lockdown. We all breathed a collective sigh of relief.

And so now, here we are, my recently expanded fleet of hire bikes sits untouched for months, we´ve enough energy food and drink to fuel 150 people over 10 weeks and I´m riding rollers I hastily ordered once lockdown was declared. Determined to keep up the momentum we´ve worked so hard to build the social rides are still happening albeit via the medium of Zwift.

For someone running a business these are worrying times. The state of alarm has been extended yet again until 12th May and as yet there is no end in sight. But the numbers of deaths here in Spain are lessening day on day and things look to be moving in the right direction. I may be frustrated that I cannot host people and show them the stunning roads of the Costa Blanca but we are safe and well and understand the bigger picture. There will come a day when I am back pedalling my bike on smooth tarmac with the sun on my face and the wind at my back.