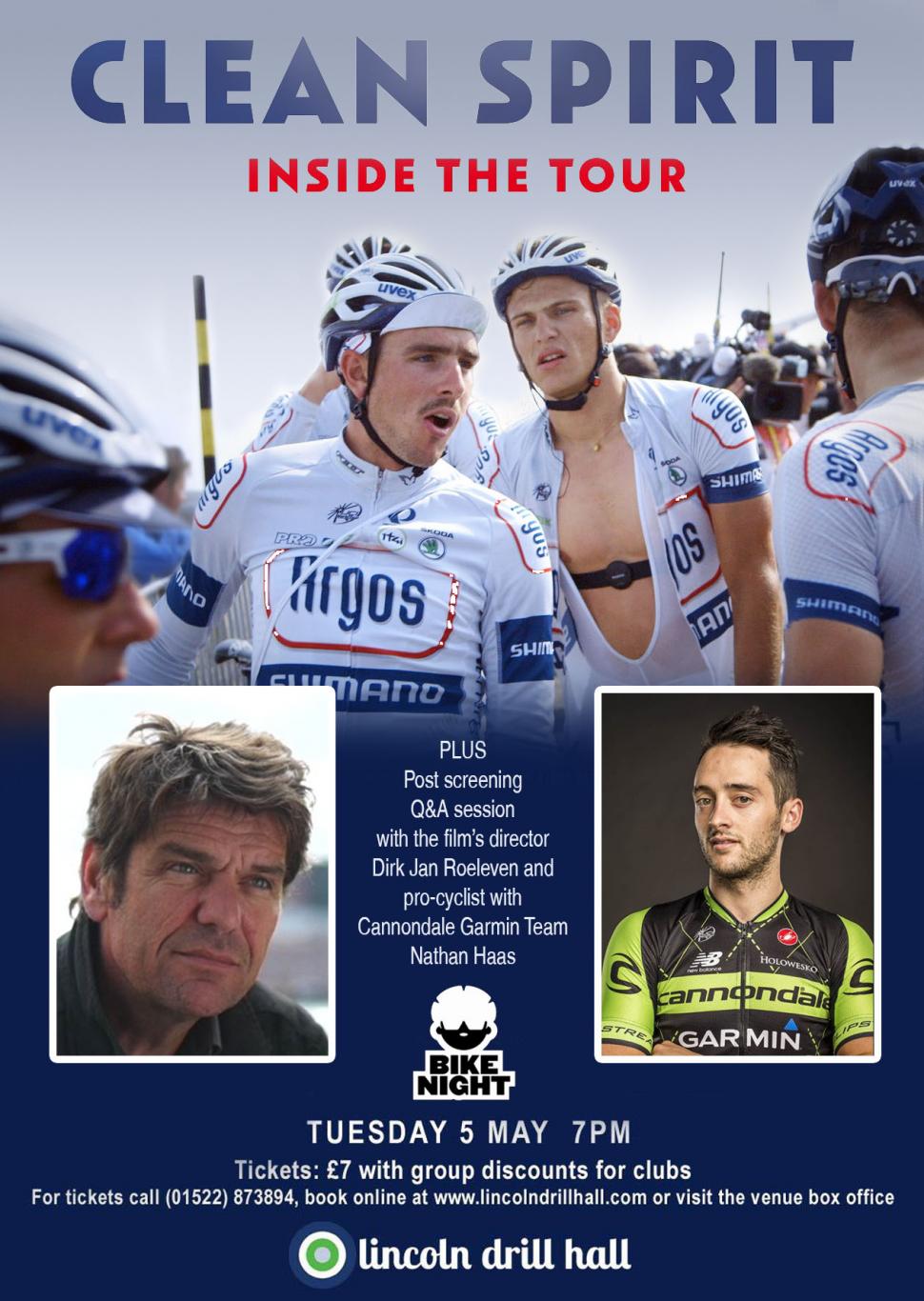 "Clean Spirit: inside the Tour"

The movie trailer link is here

The evening is ALSO accompanied with guest Belgian beers made available at the Cafébar.

Hope you can join us for an exciting evening!

A unique and compelling inside story of cycling team, Argos-Shimano, keen on showing that winning is possible without any use of doping.

The film follows the team during the 100th edition of the Tour de France. Knowing that they cannot beat their opponents in the mountains, they have specialized in the sprint. We see the young team inside their hotel rooms, at breakfast and at team meetings. We hear German sprint talent Marcel Kittel promising his teammates a Rolex if they let him win the first stage.

In the excitement of the race, we witness Mark Cavendish cause Argos-Shimano sprinter Tom Veelers to crash and ultimately leave the Tour. While Cavendish tries to intimidate his opponent, Kittel takes his revenge in the ultimate etappe in Paris, letting the clean team spirit have its victory.