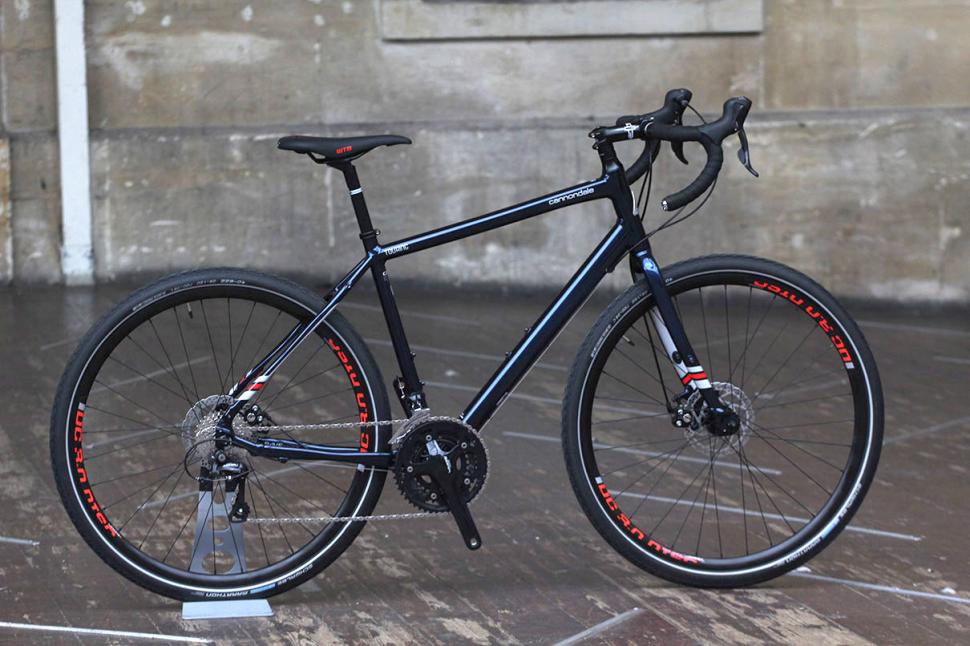 A new aluminium bike that's priced under a grand (just!)
by Mat Brett

The latest bike to arrive for testing here at road.cc is the disc-braked Cannondale Touring 2 which costs £999.99. We’ve not had many touring bikes around these parts lately so we’re excited to find out how this attractively priced option performs.

The Touring 2 is made from 6061 aluminium alloy that’s been “smartformed”, according to Cannondale. That means that the welds are double-pass (which is exactly what it sounds like), the idea being to add strength and smoothness. The frame is heat treated afterwards to increase its strength and hardness for durability. The frame is built with what Cannondale calls SAVE technology. What’s that? Funny you should ask.

“SAVE technology is all about reducing road shock and vibration,” says Cannondale. “By pairing precise tube shapes with… highly manipulated aluminium, we are able to create areas on the fork, seat-tube and seatpost that can deflect to absorb shock, while staying completely rigid laterally and torsionally. The enhanced vertical compliance provided by these combined features greatly improves comfort and performance.” 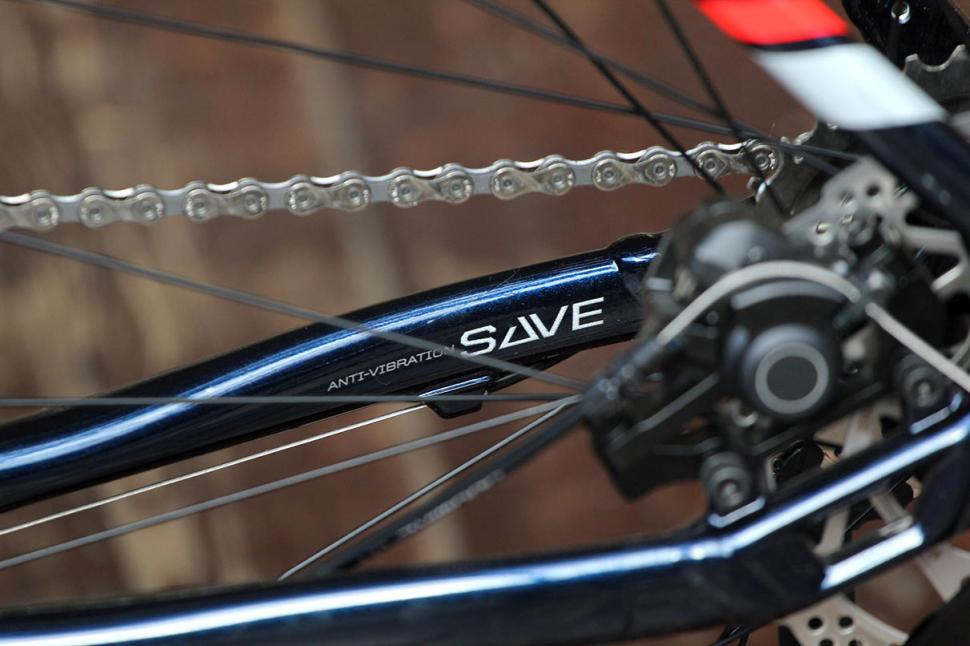 Ah, the old laterally stiff, vertically compliant gambit. Cannondale originally developed its SAVE concept for the carbon-fibre versions of its Synapse endurance road bike, and then transferred elements over to other models in its range.

You can see, for example, that the Touring 2’s chainstays are flattened to encourage a little up/down flex, and the sloping top tube means that you’re likely to have plenty of the slim 27.2mm diameter seatpost extending our of the frame. That should provide some more movement to soak up the bumps. 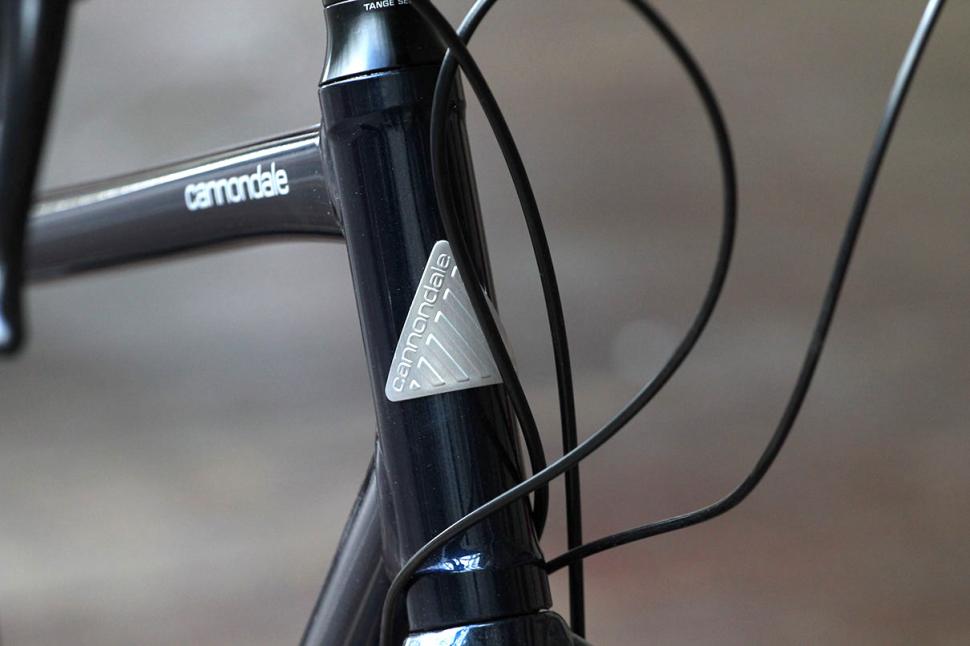 Not surprisingly, the Touring 2 is built to Cannondale’s Touring geometry. We have the 56cm model here with a 55.5cm top tube and a seat tube that’s just 51cm, shortened by that sloping top tube I mentioned, giving an 80.1cm standover height. The head tube is 18cm. The frame comes with eyelets for a rack and mudguard and the same goes for the full alloy fork. As you can see, both take disc brakes, the brakes in question being Shimano Soras. We’re hoping that they provide all the stopping power needed to control a fully laden bike in all weathers. 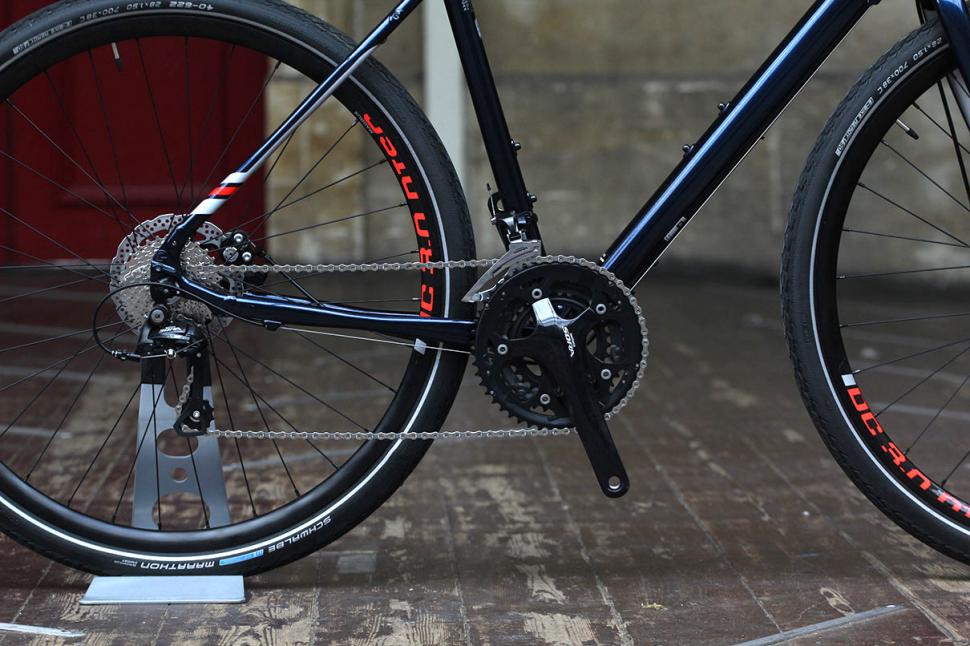 The rest of the groupset components – levers, mechs, chainset and cassette – are Sora too, which sits one tier above Shimano’s entry-level Claris. Sora is 9-speed and we rate it as the pick of Shimano’s budget groupsets.

Check out our review of the Shimano Sora 3500 groupset here.

The Touring 2 is fitted with a wide-ranging 11-30-tooth cassette matched up to a triple chainset (50/39/30-tooth). In other words, you get three chainrings instead of the two that you get on most road bikes. With that setup the smallest gears are really small to help keep you moving when the terrain gets lumpy and bumpy. 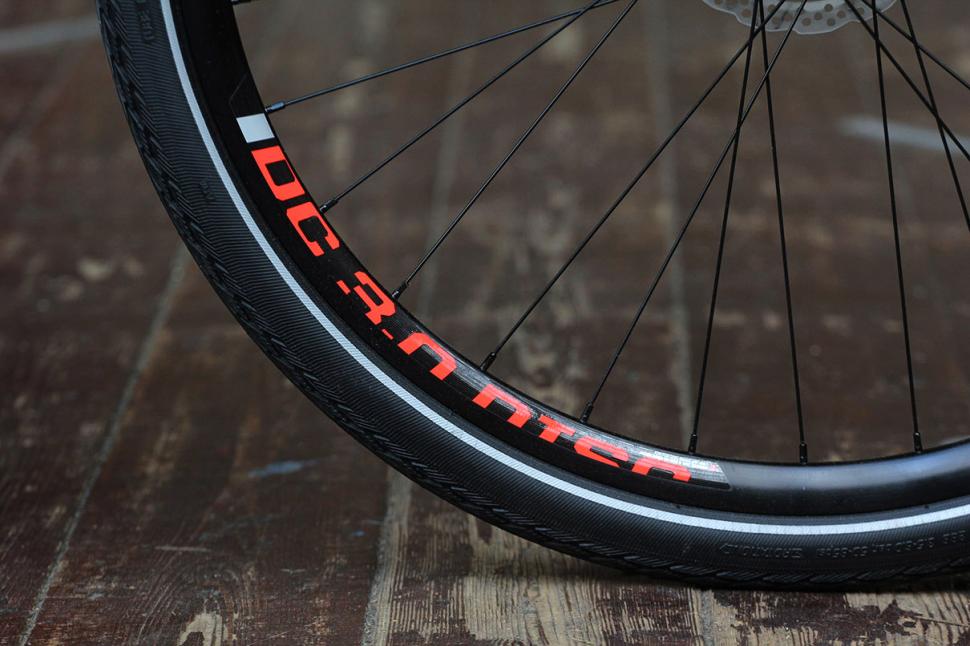 The wheels are Maddux DC3.0 Disc rims laced to Cannondale’s C3 hubs with 32 stainless spokes from DT Swiss. The tyres are Schwalbe Marathon Plus with a super-thick SmartGuard puncture protection strip underneath the tread. They’re chunky at 40mm wide. The seatpost and stem are in-house aluminium options and the same goes for the compact handlebar, the drops of which flare out by 12° to provide some extra wrist clearance. 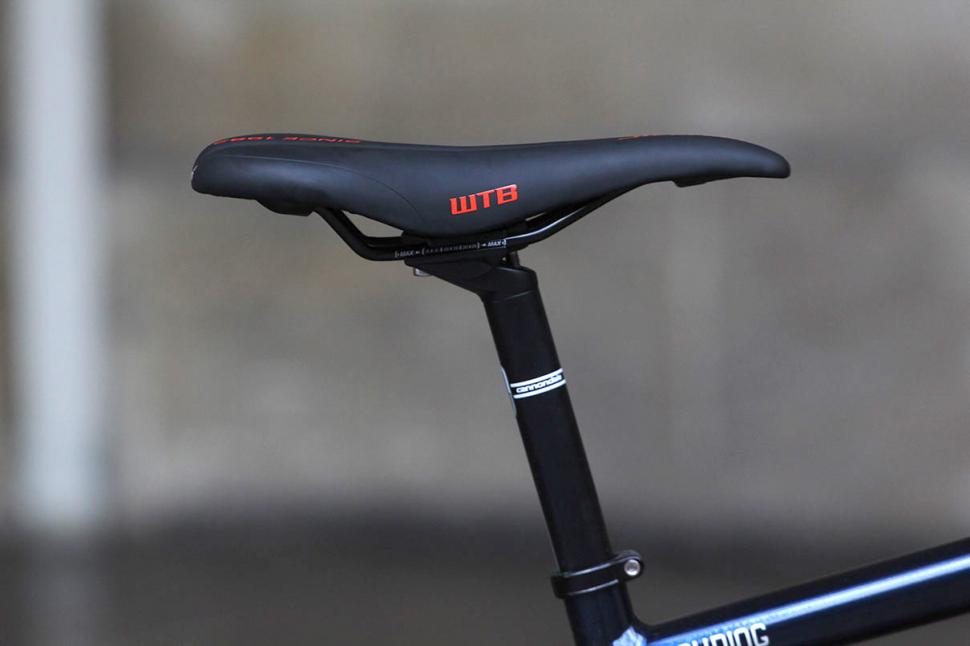 The saddle is a Silverado Comp from WTB and Wellgo platform pedals come as part of the package.

Although this is a touring bike, that doesn’t have to be its sole use. We suspect that with the rack and mudguard mounts you could easily press it into service as a year-round commuter, and there’s plenty of clearance for gravel tyres if that’s a route you want to go down. This looks like a bike with plenty of possibilities. 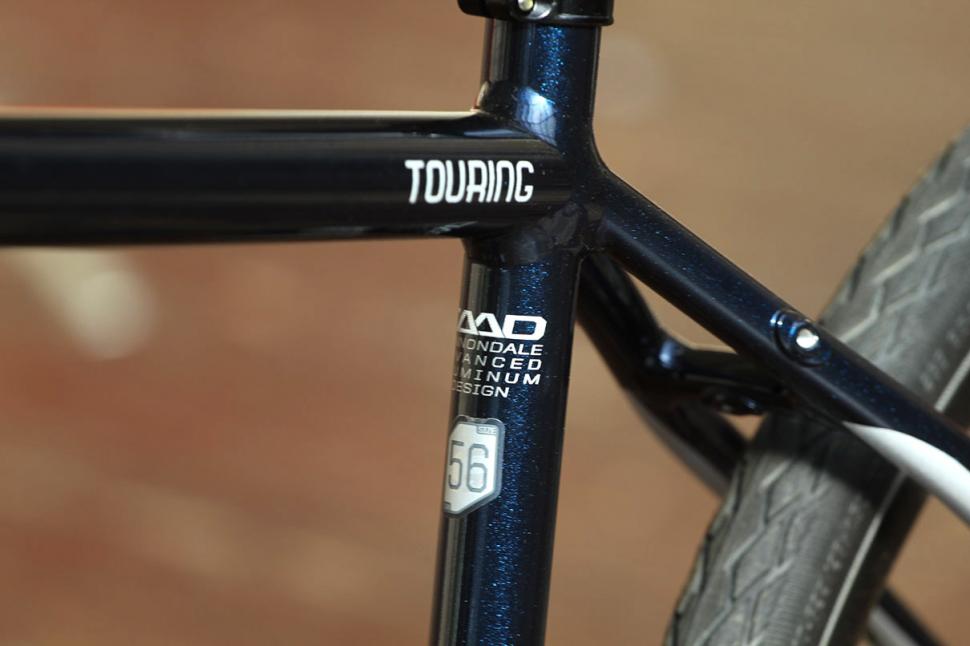 We’ve not reviewed many touring bikes of this price on road.cc lately. The closest is the £849.99 Dawes Clubman from back in February. We thought that steel bike a little heavy and expensive. With rim brakes and a carbon fork, it’s a very different bike from the Cannondale, though, so the two aren’t really comparable.

Really, we’re in uncharted territory with a (just under) £1,000 tourer, so we’re keen to here what John thinks about it. He already has the bike so stay tuned for a review on road.cc soon.

In the meantime, get more details from www.cannondale.com.