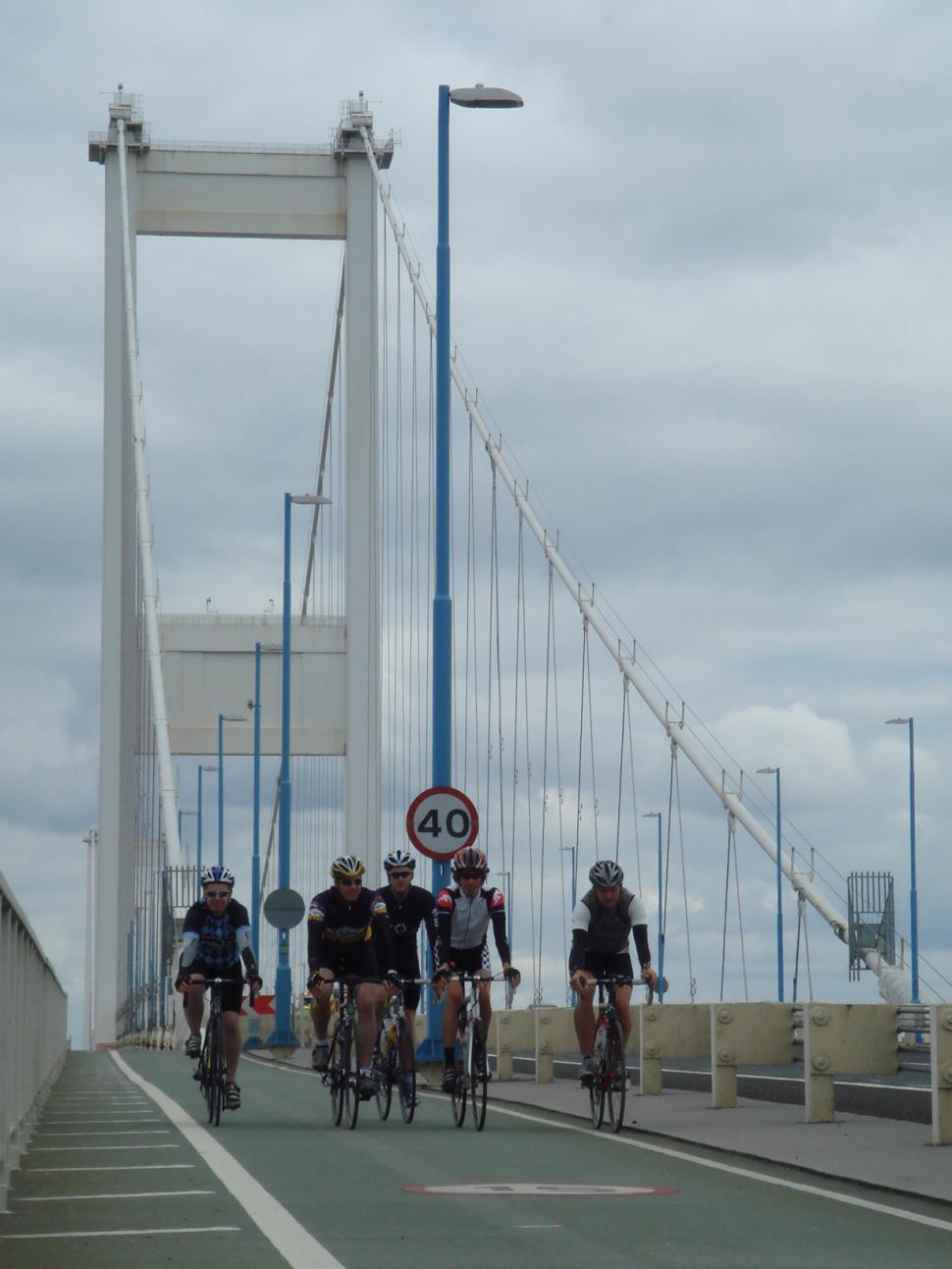 With the Tour of Lombardy on the way, we know it’s the time of falling leaves, and the end of the Classics for this year. But the sportive season isn’t over yet. David Else previews an excellent autumn route through the suitably leafy South Cotswolds and
by David Else

With the Tour of Lombardy on the way, we know it’s the time of falling leaves, and the end of the Classics for this year. But the sportive season isn’t over yet. David Else previews an excellent autumn route through the leafy South Cotswolds and Forest of Dean. If that wasn't incentive enough for one more big ride before autumn really takes hold on this ride you'll also be in the company Magnus Backstedt the winner of one of cycling's monuments, Paris Roubaix.

The Severn Bridge Sportive is a new event on the calendar, but the promoters - Velo Events - are no rookies. Andy Kirk, Andy Wilcox and Andy Cook (yes, A x 3) are the guys behind the show, between them boasting decades of cycling experience. The first two Andies run the Performance Cycles on-line shop (www.performancecycles.co.uk), while A No 3 runs Andy Cook Cycling, the tour and events management outfit (www.andycookcycling.com). The same team have also organised the excellent Cotswold Spring Classic Sportive for the last few of years.

Your correspondent from road.cc rode the route of the Severn Bridge Sportive in late 2009, and recently met up with Andy Cook to talk through this year’s variations: “For a start, we’re going round the other way”, Andy says. “We’ve also cut a few miles. Overall it makes it an easier route, though still a significant challenge. We’ve deliberately gone for sections of rural lanes, and hope to introduce some riders to the wonderful cycling country in this little-known corner of the Cotswolds.”

The result, in our opnion, is a sportive ideal for autumn. Not just because it passes through a lot of wooded areas, where the leaves should be suitably brown and golden, but also because it’s relatively easy on the hills compared to some of this year’s headbangers. It’s perfect for a relaxed end-of-season ride, but there’s still enough to go at if you’re hanging on to some form.

The sportive comes in two flavours - 101 miles and 57 miles. The start is near the peaceful Wiltshire village of Castle Combe, just south of the not-so-peaceful M4 between Bath and Swindon, so access is easy. There’s plenty of parking space too.

From Castle Combe, the short and long routes are combined, and head straight into the Cotswolds. The first 15 miles or so involve climbing very gradually on quiet roads through the villages of Burton and Tormarton, before looping round Yate and Iron Acton, and dropping down the Cotswold Edge on the delightfully named Washingpool Hill.

Then it’s onto the cycle path and across the Severn Bridge - the original one, now carrying the M48 over the river. Not many sportives cross bridges this big, so the next two miles of very airy riding into Wales will be a major milestone on the ride.

On the other side stands Chepstow; the route goes under a slightly older bridge - the town’s medieval gateway - and drops down to the equally ancient castle.

This castle is also the site of the first feed station. There will be one feed station for riders on the short route, and two for those on the long route. Other facilities include motorcycle marshals from the National Escort Group, full signing at all junctions, mobile mechanical support from Performance Cycles, professional images from sportivephoto.com, chip timing and broom wagon. Freebies include free SIS energy gels and bars at the start. There’s also free hot drinks and food, plus a goodie bag, at the end.

For riders on the shorter route, Chepstow is the halfway turn-around point. The route goes back across the Severn Bridge, following little lanes via Tytherington and Wickwar, with the only steep uphill of the day at Hawksbury Upton. Then it’s down through horsey Badminton to the finish at Castle Combe.

Meanwhile, the 100-milers head northeast, over the River Wye bridge and back into England. Then comes the best bit of the route; a long steady climb up to St Briavels followed by some lovely undulating roads through the heart of the Forest of Dean. The sylvan splendour sadly ends on the other side of Cinderford, and the route is a little urban for a while, skirting the edge of Gloucester, and re-crossing the River Severn. But soon it’s back on the lanes, and flat too, over the floodplain through tranquil Severn Valley villages like Elmore, Longney and Epney.

Hopping over the M5, the route reaches the steepest ascent of the day - Frocester Hill. With a gradient of 15% in places, and coming at about 85 miles, it’ll be a test on tired legs. All the more reason to relax on the earlier part of the route. Take time to look back at the views too. If the weather is clear you can see the Forest of Dean on the other side of the Severn - time for an ‘I was there’ moment.

Then it’s eyes front again, because the top of the hill marks the crest of the Cotswold Edge. It’s pretty much downhill, on a final flourish of delightful country roads, all the way to the finish.

So there you have it: leafy, scenic, relaxed. Organiser Andy Cook says: “We’ve based the Severn Bridge Sportive on the successful formula we’ve developed with the Cotswold Spring Classic: all the bells and whistles of a big sportive, plus the friendly atmosphere of a smaller event.”

This late in the season, huge numbers are not expected, so the event is limited to 600 riders. There are still some places available. For more details see www.severnbridgesportive.co.uk