Tektro have over 160 CNC machines working 24/7. They produce 20,000 road caliper brakes a month – nearly quarter of a million per year. And that’s nothing compared to the number of hydraulic disc brakes they make: 2.2 million per year. In short, they know a thing or two about brakes, so when the Marketing Director of TRP, Tektro’s high-end division, says that disc brakes are going to take over in every sector of cycling in the next few years, you have to take it seriously. 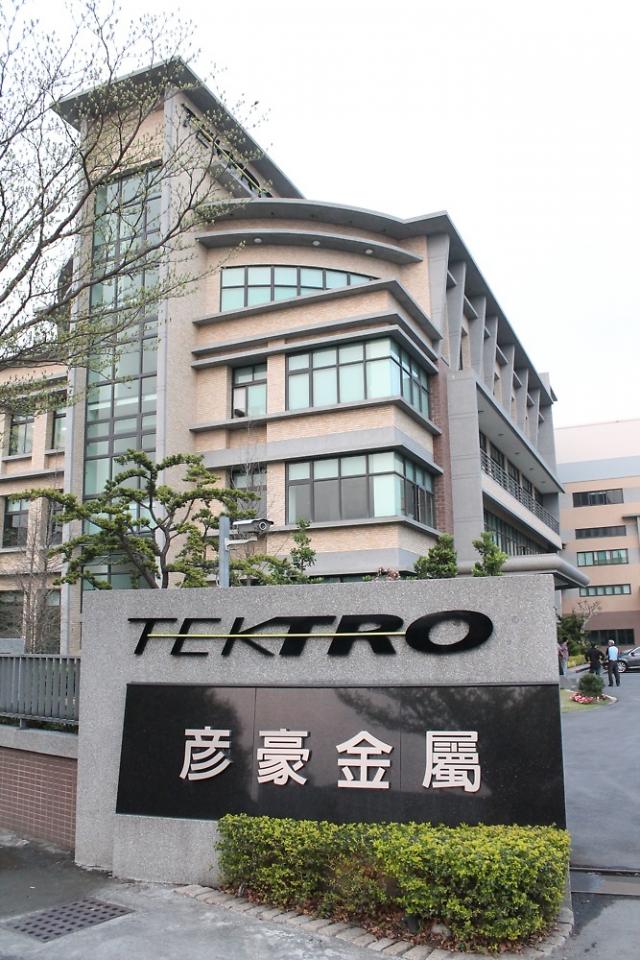 Of course, it’s in TRP’s interest to big up disc brakes – they make them. But they also make lots of caliper brakes so they’ll sell plenty of units whatever happens in the market.

Plus, you don’t have to take TRP’s word for it. SRAM have already announced new road disc brakes and there are strong rumours that other major manufacturers will be launching their own models very soon. A massive shift is certainly taking place.

The Tektro brand has been around for 27 years and employs 1,400 people. I’ve come to visit their manufacturing facility outside of Taichung in Taiwan, where they’ve been for the past four years. Everything is milled in here, they have a forging plant next door, and the carbon fibre parts are created at their older factory five miles up the road. I won’t go too deeply into the manufacturing process but there’s some seriously powerful machinery here it. This is a 400 tonne press, for example. To put that in perspective, a Volkswagen Golf weighs about 1.5 tonnes. You wouldn’t want to get your fingers caught in there. In goes a solid lump of metal, out comes a section of brake. 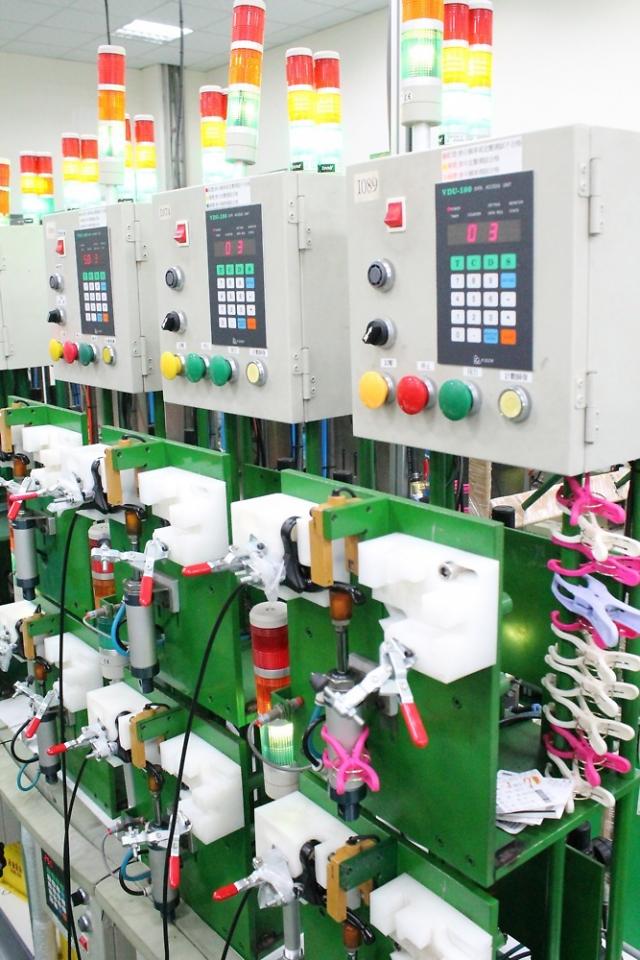 The impression you get wandering around here is that Tektro take their testing and quality control very, very seriously indeed. Brakes are tested individually before they go out. The testing is done on machines, 300 cycles per brake, then they’re pressure tested for 400 seconds. If the brake passes, it’s held for 36 hours and then pressure tested again. This isn’t just done on sample brakes but on every single one before it leaves the factory. As I said, TRP is the high-end division of Tektro, the initials originally standing for Tektro Racing Products – although the name is now just TRP. Essentially, Tektro products tend to be mass market while TRP are more exclusive, high-performance components. We’ve shown you TRP’s new Spyre and HyRd disc brakes recently, along with the Hylex hydraulic road/CX brake. We spoke to Lance Larrabee, TRP’s Marketing Director, about both the brand and the future of braking. As you can’t fail to have noticed, big things are happening in road bike braking right now and Lance reckons this is just the start…

Lance Larrabee: In cyclocross and time trialling, we’re the number one. We invented the direct mount brake. Working with Specialized, we mounted brakes directly on pivots rather than with a centre bolt mount, and Shimano have followed us. 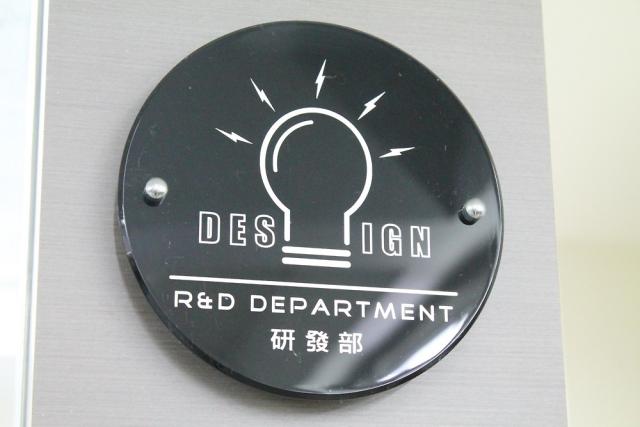 We had this idea for a V-brake that goes directly behind the fork. When everybody was worried about the 3:1 rule for the airfoil shapes [the UCI rule stating that the depth of the tube can’t be more than three times greater than the width], we thought we could extend the airfoil shape by making the brake part of that fork blade, so the TRP TTV brake goes directly behind the fork blade and creates the trailing edge of the airfoil shape. Giant are using that on their Propel aero road bike now, Argon 18 have been equally successful with it and so have Colnago, Wilier… more and more people.

Our lightweight magnesium brakes have been used on the highest level Cannondale Ultimates and Specialized Tarmac SLs.

Are disc brakes for road bikes really going to be the next big thing?

We feel like we’re the industry leaders in niche areas and if the biggest revolution coming in cycling is disc brakes for the road, we want to be at the forefront of that.

We know from motorsports that disc brakes are faster and we know that in Formula One, with those carbon fibre rotors, the drivers can leave their braking until later and reduce their lap times. Imagine if Nibali can dive into a corner and brake later on a descent, if he can get away by 30secs. If big brands are behind disc brakes for road, then the UCI can’t deny it.

I think it’s sensible not to just throw the gates open yet [disc brakes are not yet legal in UCI-sanctioned road racing], but every major bike manufacturer has a disc brake road bike coming What about hydraulic rim brakes? Do you see them making much of an impact on the market?

Well, people who tested the SRAM version at Sea Otter said that it wasn’t great [we did a First Ride last month]. We’re looking at it – we have a design in the works – but at the same time we feel, why go halfway?

What do you think about cable systems versus hydraulic set-ups?

A hydraulic system has more power ultimately, and better modulation whereas a mechanical system is a bit lighter. The current TRP HyRd system [a mechanical interface hydraulic disc brake] is within 5g of the weight of an Avid BB7 [cable operated disc brake]. 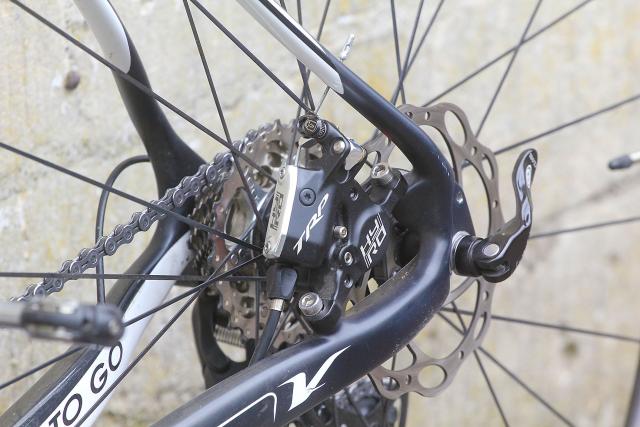 The Spyre, the two piston mechanical brake is 40g lighter than a BB7, it is 20mm narrower with 20% more power, so it’s for the person who wants light weight. 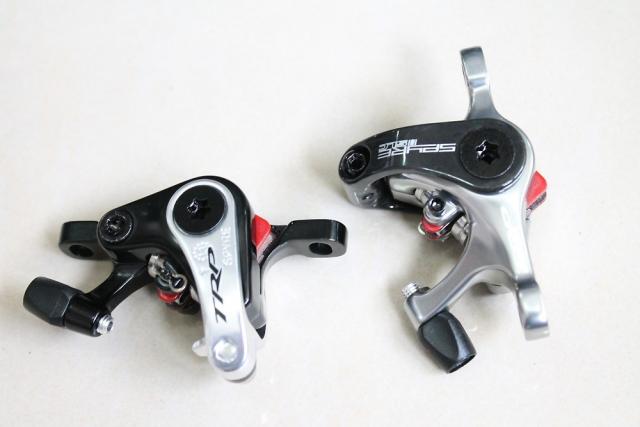 A standard Shimano Dura-Ace road caliper weighs about 135g and the Spyre is 140g, so you’re only really adding the weight of the rotor. We think that for simplicity and weight that might be really good, but I tend to prefer the power and modulation of hydraulic, and it feels really good in your hand. It feels like a well setup road caliper.

And whereas SRAM systems are super-expensive – they’ll be on $10,000 bikes – the HyRd can be positioned on an Ultegra-level bike at $1,500 and it’ll work with any current shift lever available.

What about rotor size?

Heat is not a big issue for us but we think you need a bigger rotor just for the extra leverage. We recommend a 160mm for the road. I think 140mm is fine for cyclocross.

Whenever we talk about disc brakes for road bikes, people on the road.cc forum always say that the limiting factor at the moment with existing caliper brakes isn’t the braking power, it’s getting the tyre to stop on the ground. What do you say to that?

I’d invite you to use the brake and make your own conclusion. It’s not a question of locking up the wheel all the time; what you want is power and control and that’s what you get here. 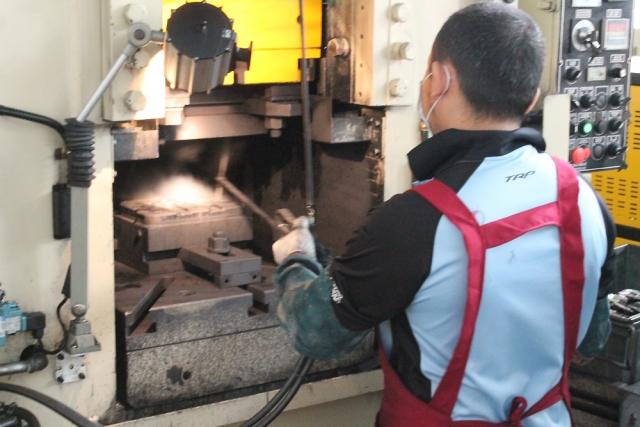 Normally, to pull up at a stop sign you’ll use about 3kg of lever force. It takes 6kg of lever force to clamp the brake tight so there’s a lot of room in there to feather the brake. It’s not like it’s on/off. There are armchair engineers who imagine what it’s like but they should use them and see.

Will discs eventually expand into every sector of cycling or are there areas where rim brakes will always remain dominant?

I don’t see why they shouldn’t go everywhere.

My first bike had a 5-speed freewheel and I made it into a 6-speed. People asked me what I wanted that for and thought it was stupid – but now we have 11-speed. I think it’ll be similar with disc brakes. Riding a disc brake bike on a descent gives you more control and is more fun than riding a caliper brake bike. When it comes to developing disc brakes for the road, is it a question of developing existing mountain bike technology or starting with a clean sheet of paper?

It’s a little of both. We started with a basic mountain bike design but we’ve developed it for the road. The Hy/Rd’s composite pistons, weren’t used in mountain bike brakes, and we’ve had to think about the leverage ratios for road levers and things like that. Plus, a brake for the road has to look like a road product and not like a mountain bike product.

So, where do you see road bike braking heading next?

Well, we’re waiting for all this to shake out now. Then I think thru-axle designs [where the dropout is closed at the bottom as you’ll find on many mountain bikes] will come to the road. The danger with carbon dropouts is that you can remove a little material from the dropout with very heavy braking. In road racing, you can’t file off the lawyer tabs [the tabs on the end of the fork dropouts that stop the wheel falling out even if you forget to tighten the quick release skewer] anymore, so to do a wheel change you have to unwind the skewer. It’s not that much more difficult to slide a thru-axle in and out to change a wheel.

For more info on TRP visit www.trpbrakes.com. The Tektro website is www.tektro.com. The UK distributor for both is www.upgradebikes.co.uk.