Check out the bike of the new National Hill Climb Champion. This bike has some amazing tech details
by Liam Cahill

Before we get into the bike, you need to go and give Andrew some kudos on Strava. His 5:27 effort saw him average a staggering 510 watts with a casual 700+ watt sprint finish as the road levelled off with around 300 meters to go.

> Weird and wonderful bikes from the National Hill Climb Championships 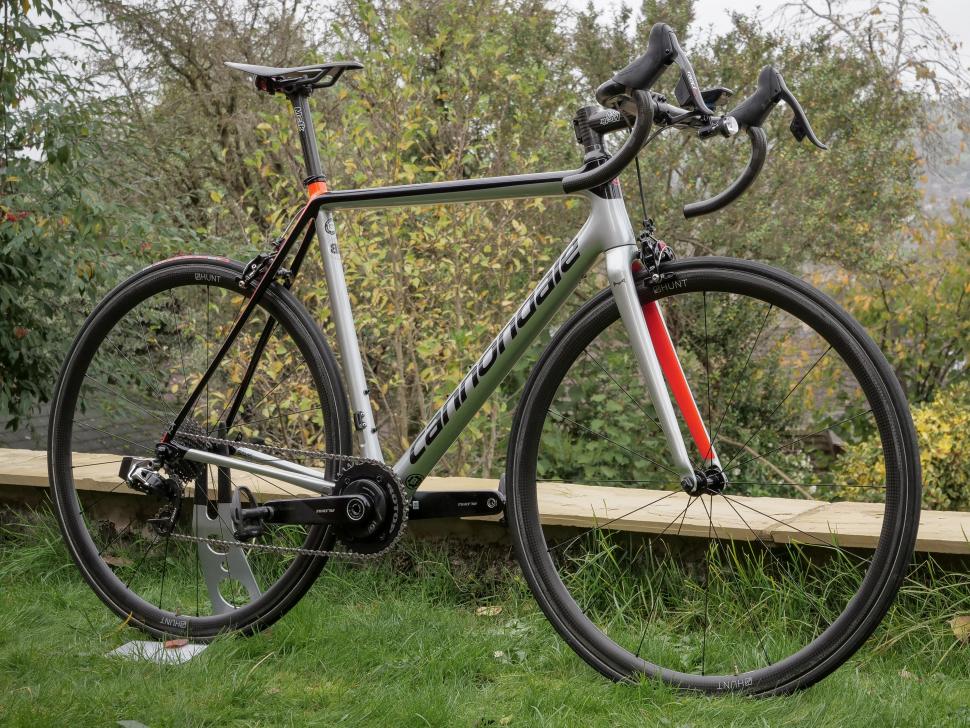 The bike centres around a 2019 Cannondale SuperSix Evo Hi Mod frameset. This is the final rim-brake SuperSix that Cannondale made, so thanks to that, and the lovely straight top tube that flows into the undropped seat stays, it holds a special place in not just Andrew’s heart, but also ours. 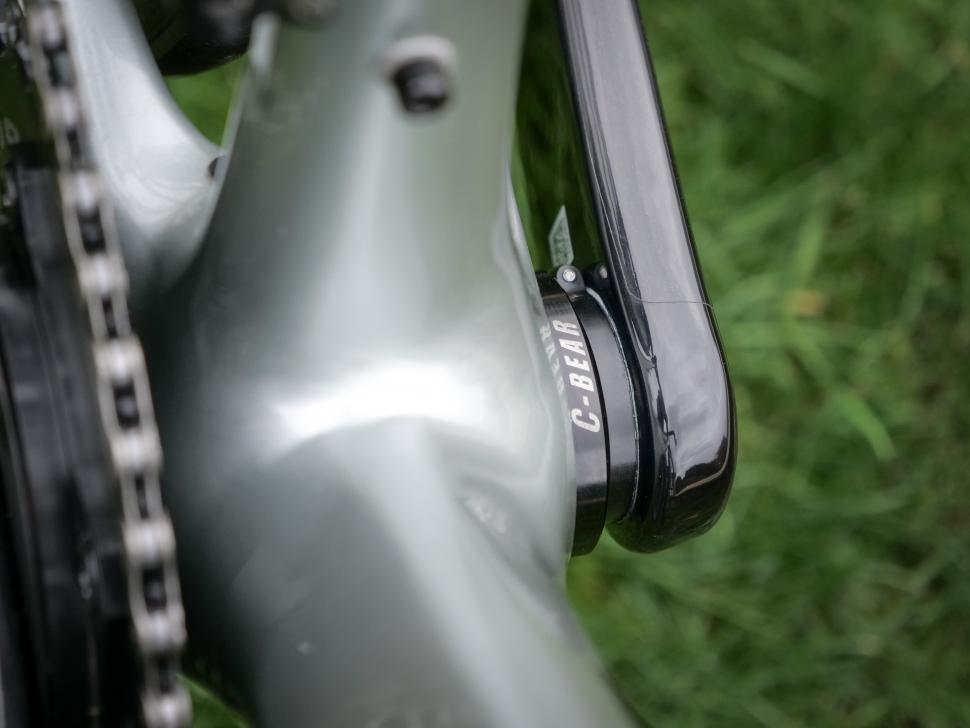 Hidden away in the bottom bracket is a C-Bear ceramic bottom bracket. When Andrew spoke to us about the bike, he revealed that optimising each bit of his machine has been something that he has looked at for the first time this year.

While ceramic bearings might not make much of a difference, you’d take any slight saving when pushing yourself to the limit. 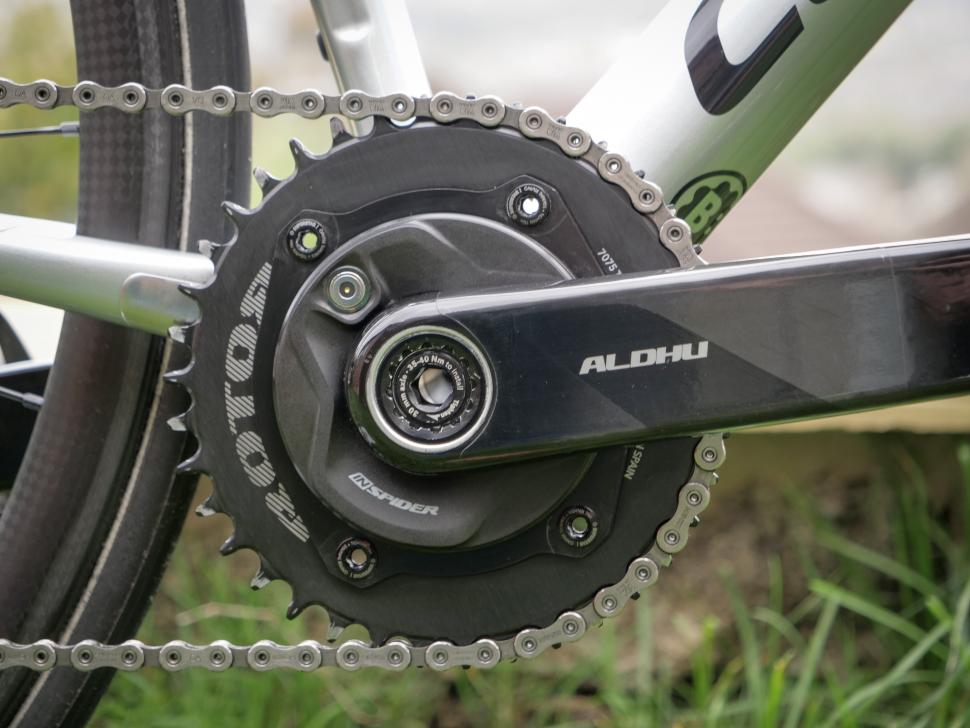 Sitting in that bottom bracket is a Rotor power meter. The InSpider power sensor is connected to a set of Rotor’s Aldhu carbon cranks.

Andrew made a change to the chainset this year, lowering his gearing to a 38T 1X chainring which also comes from Rotor. Andrew’s thinking was that the smaller chainring would provide a better chainline, but that’s not the only setup tweak he’s made for efficiency’s sake. 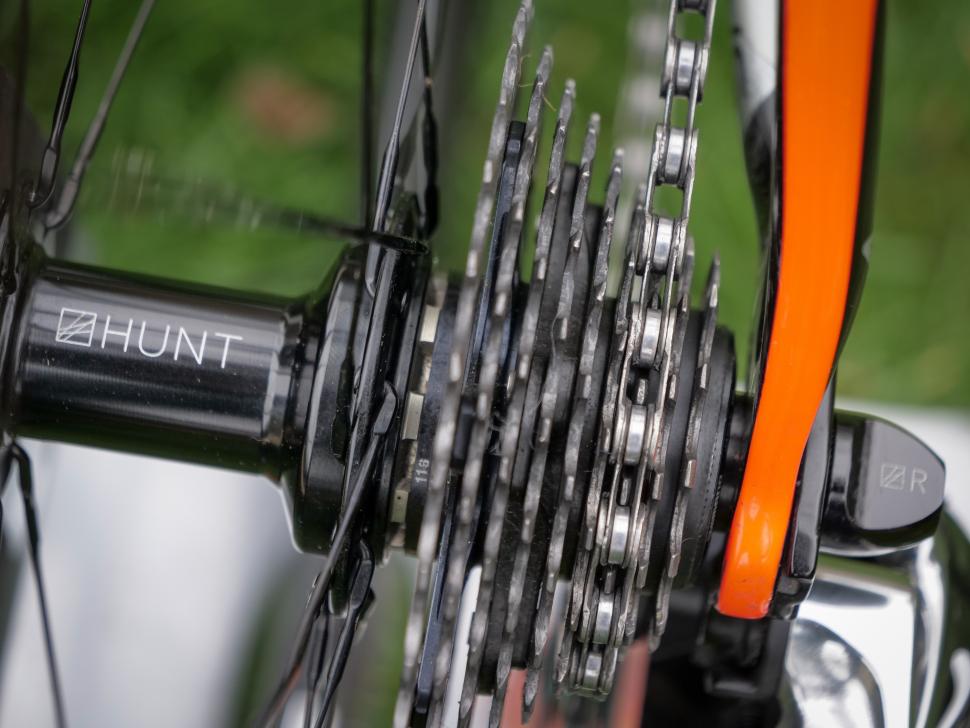 The Shimano Dura-Ace 11-speed 11-28T cassette has been modified to put the larger sprockets further outboard.

Andrew’s mechanic, Bomber Bikes in Bristol, took the two smallest cogs out and took up the space left by using spacers which were placed between the 28T cog and the wheel. 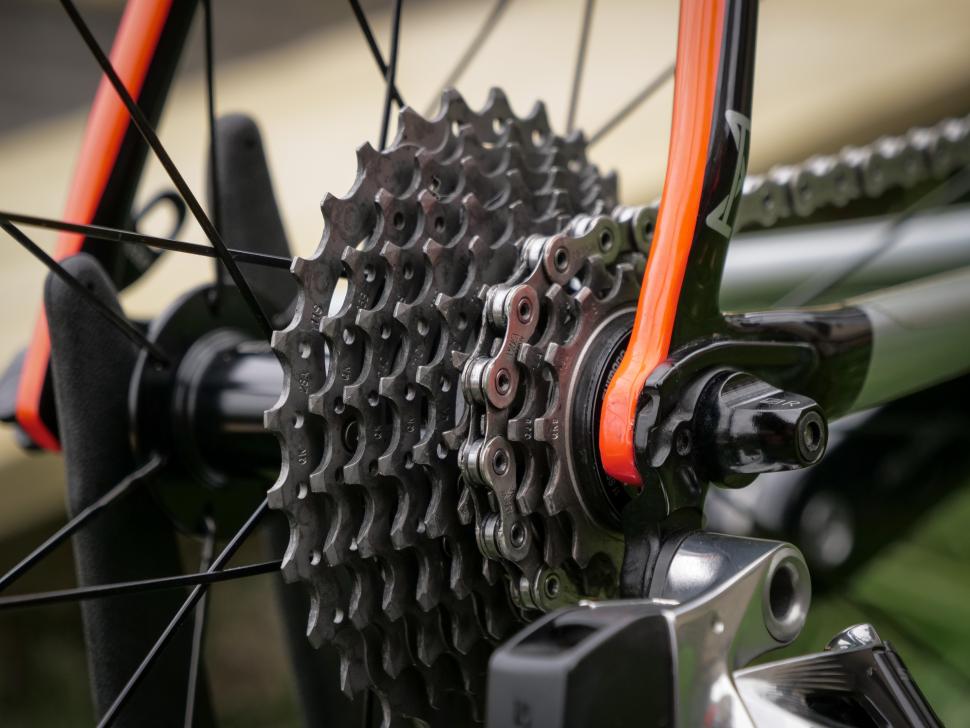 This means that on the steeper climbs, which Sunday’s course most certainly was, Andrew would be using a straighter chain line, saving a few watts which would otherwise have been lost through the chain. 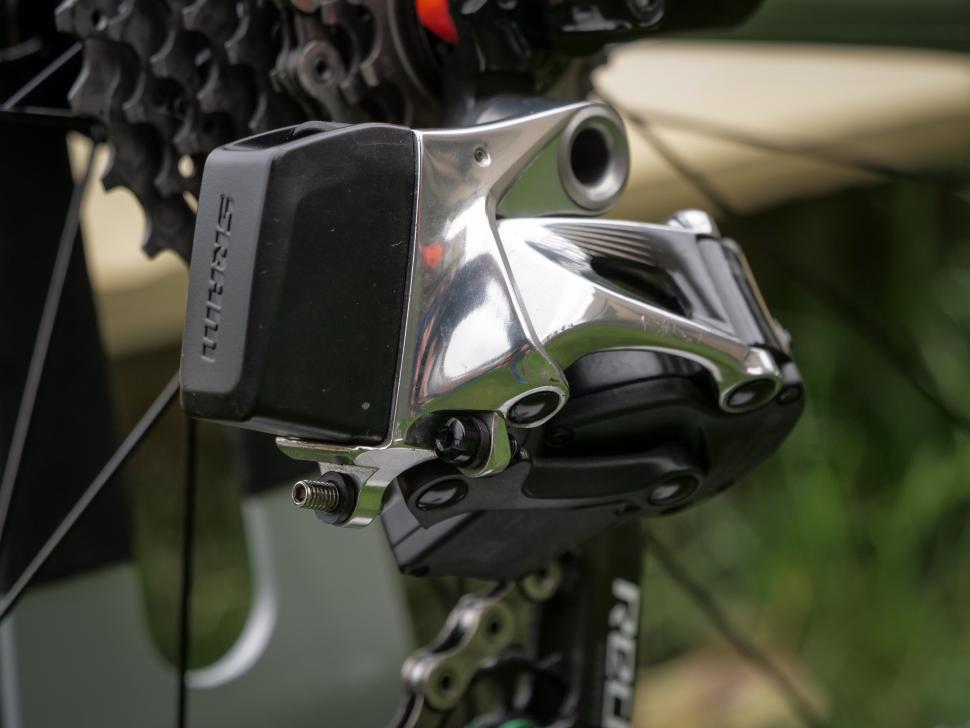 Taking care of the actual shifting, meanwhile, is a SRAM Red eTap 11-speed derailleur and the matching shifters. While mechanical systems can be lighter, you need to run cabling through the frame, and the simplicity of eTap’s paddle shift system is something that Andrew prefers when racing. 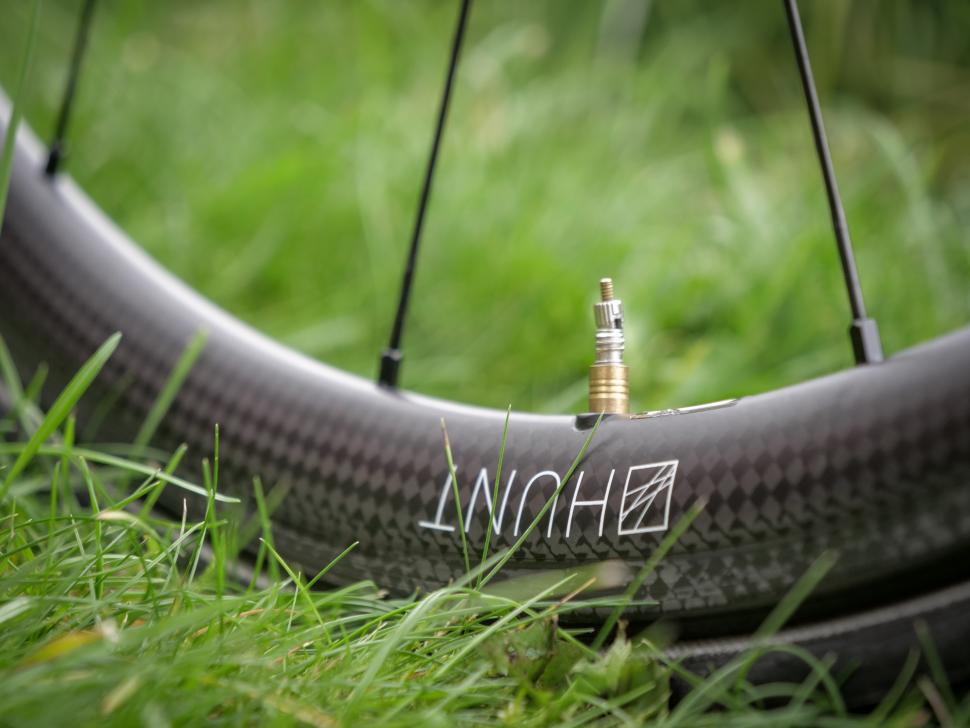 The wheels are Hunt’s Hill Climb hoops. This tubular wheelset is designed specifically for hill climbs and as you’d expect, they don’t weigh much, coming in at under 1,000g. Andrew’s mechanic has gone the extra mile, stripping out the grease from the bearings and coating them to ensure that they run as freely as possible. 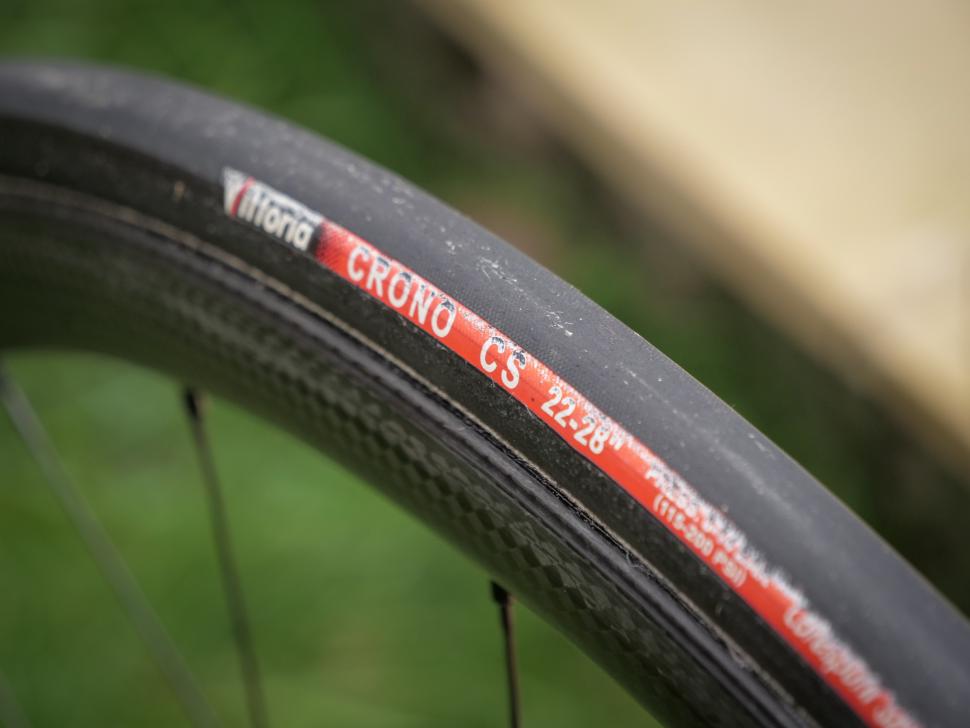 On those wheels, Andrew has mounted 22mm Vittoria Crono tyres. This is a discontinued model and they’re very hard to find, but despite their slick appearance and lightweight design, Andrew says that they’re very grippy on wet days. 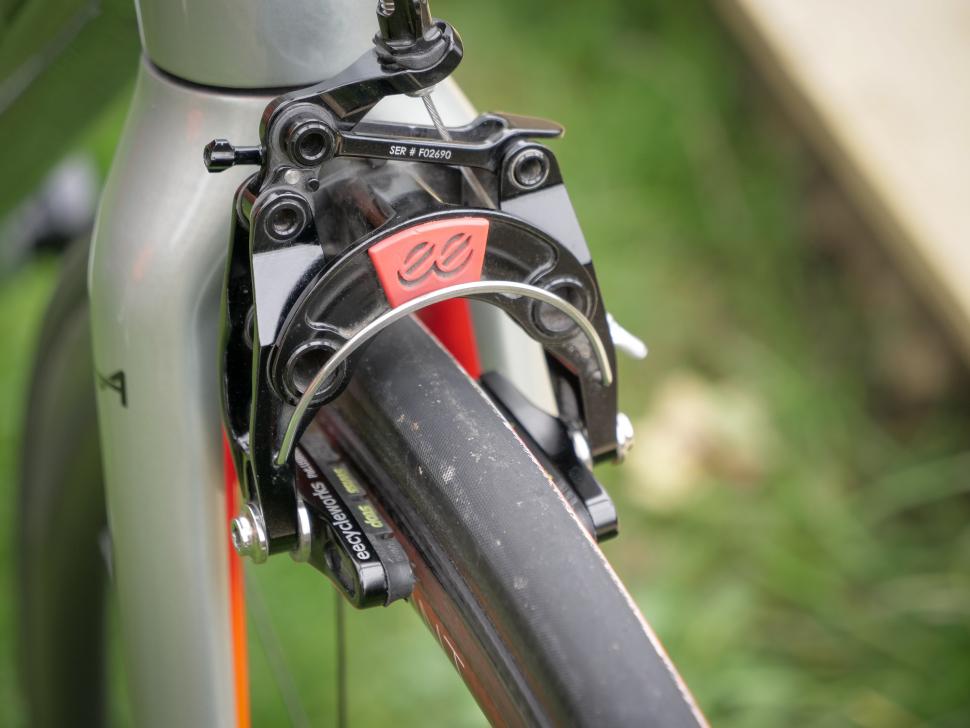 Brakes are just extra weight for the majority of a hill climb race, so riders often opt for a lightweight design such as these ee brakes. There's no chopping down of brake blocks here, though. 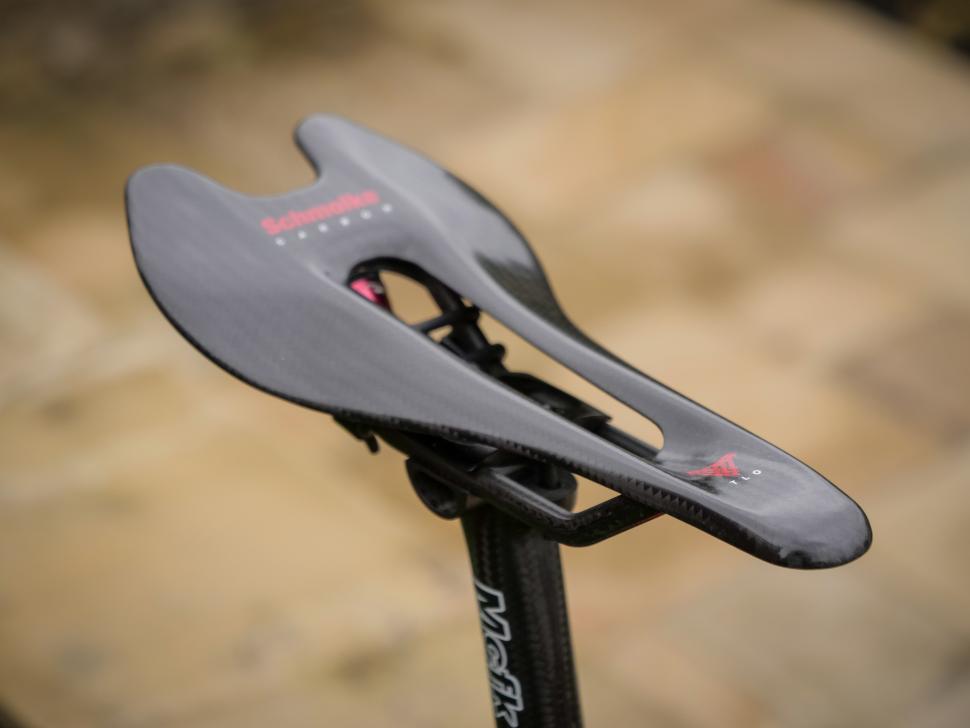 The finishing kit comes from German carbon specialists Schmolke and Mcfk. The 27.2mm seatpost weighs a claimed 93g while the saddle is just 63g. Tucked away under the saddle is an Exposure TraceR rear light. 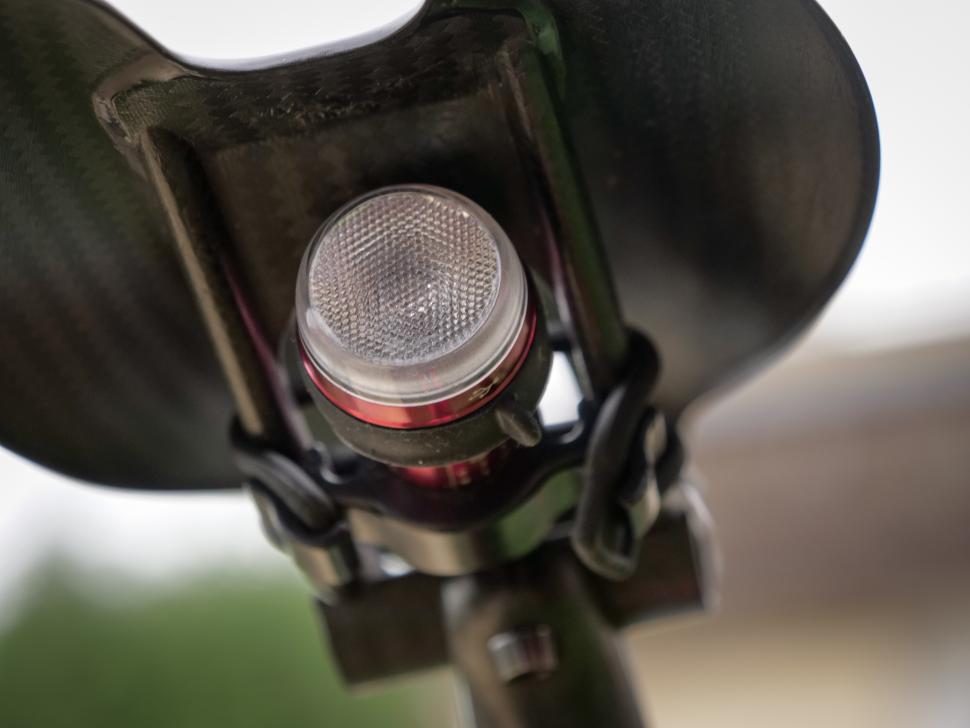 All racers are now required to run front and rear lights in CTT events, which has seen the usual hacking of plastic casings to make the safety additions as feathery as possible. But Andrew is supported by Exposure, so there’s been no Dremel action here. 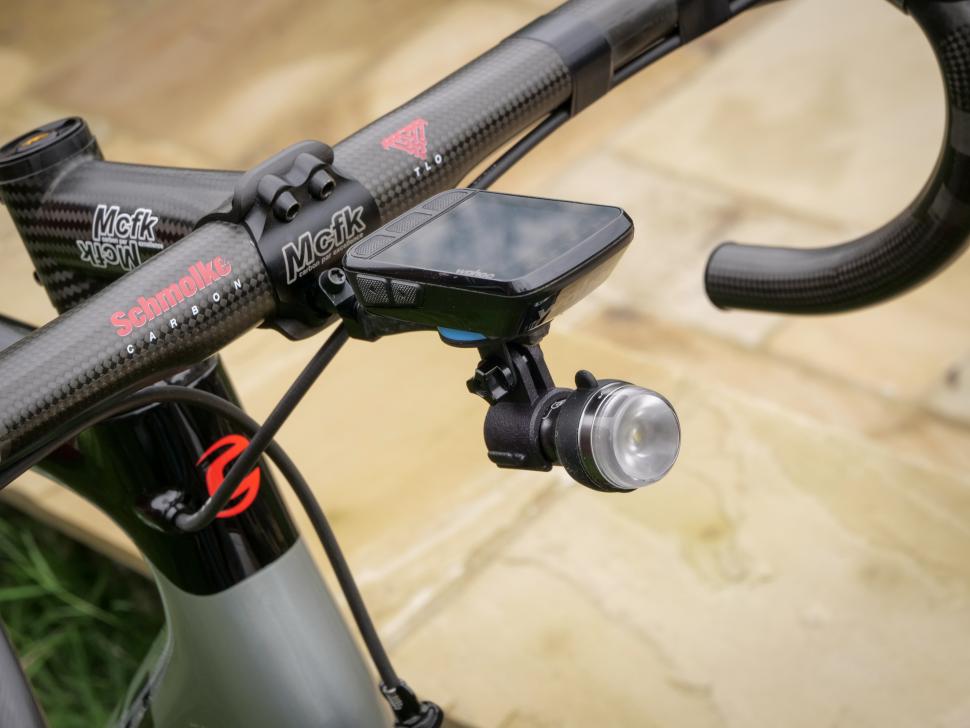 Up front, he uses an Exposure Trace light which is mounted underneath his Wahoo head unit via a very neat mount from Alpitude Components. 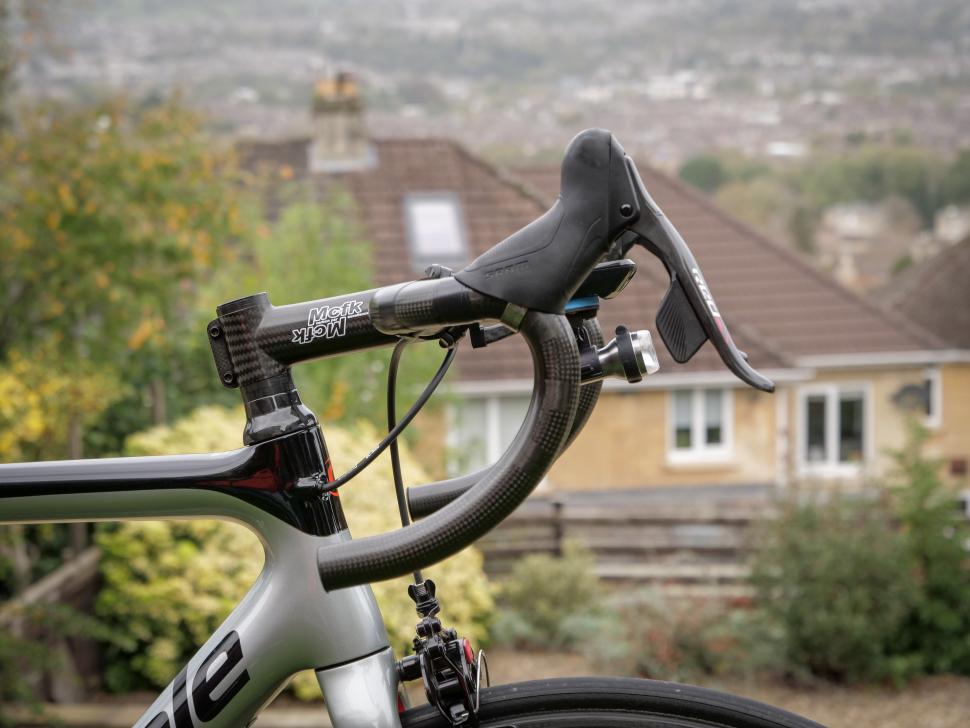 The front end is finished with a Schmolke 42cm bar and an Mcfk carbon stem. Andrew’s position is set up to give him the best leverage when he is climbing out of the saddle. There are no concessions made to aero here. 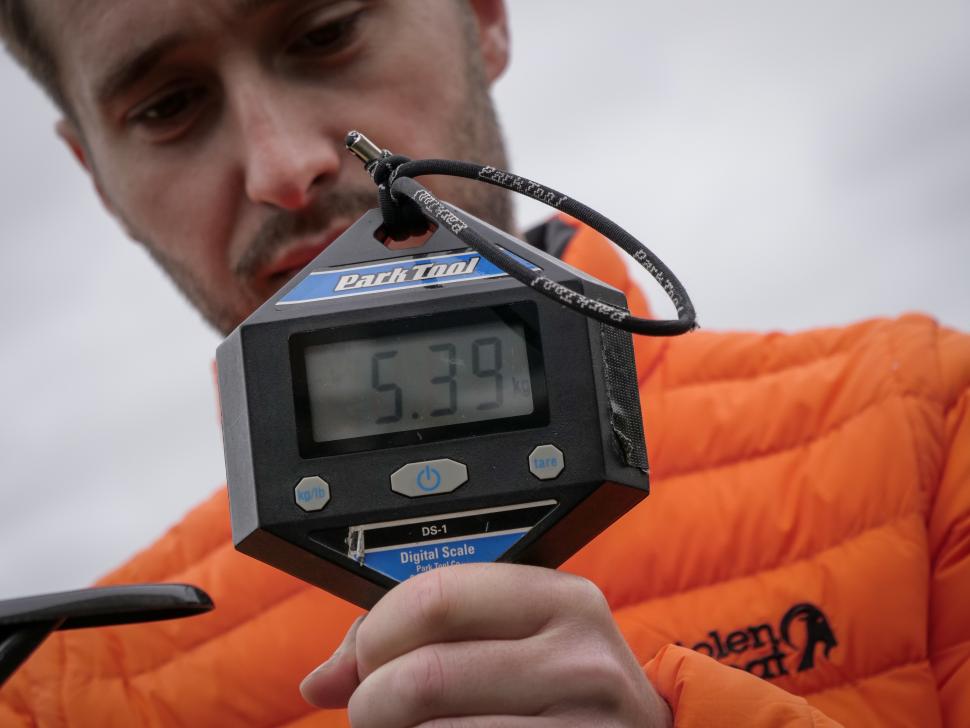 And the weight for all of this? Just 5.39kg on our scales.