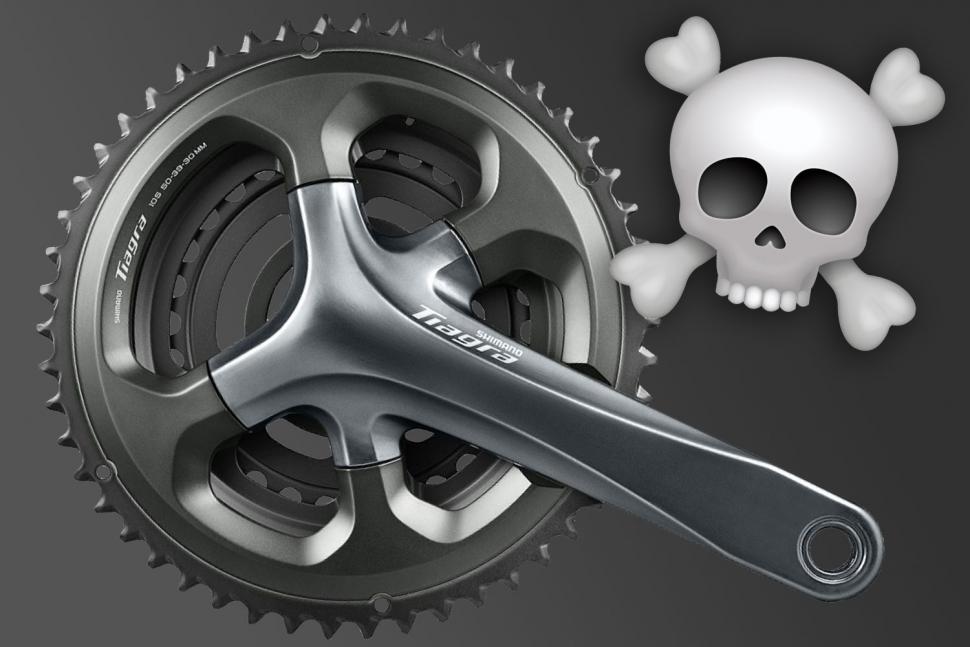 Are we seeing the death of the triple chainset?

Are the triple crankset's days numbered? road.cc investigates and speaks to SRAM, Shimano and Campagnolo
by David Arthur @davearthur

Triple ring chainsets have fallen out of fashion in recent years, but are they threatened with extinction?

Modern road bikes can come with any one of a number of different types of chainset fitted as standard - there's standard, compact and semi-compact chainsets for starters. But just because your bike came fitted with a certain type of chainset doesn't necessarily mean it's the right one for you.

We asked SRAM, Shimano and Campagnolo if they feel that the triple chainsets days are numbered. Here are their replies:

Campagnolo hasn't introduced any new triple chainsets since 2012, but their  Athena 11-speed, and Centaur and Veloce 10-speed triples are still available.

While most athletes are covered by the gearing offered by compact chainsets and larger cassettes, there are still a faithful few who are quite keen to use the triple. Several requests from areas in France, Belgium and Canada strangely enough.

However, with the advantages of the compact crankset and a movement towards larger tooth count cassettes we believe that those wishing to run a triple ring crankset will diminish further as they will adopt increasingly more often the two chainring solution. At the moment we still offer the triple.

As we mentioned above, SRAM has never bothered with road bike triples, and in recent years has been promoting single-chainring gear systems as the ultimate in simplicity even for racing. What they had to say about triples isn't very surprising then:

Is the triple chainset dead?

Where do you see the future of modern road bike chainsets?

You could once get a Dura-Ace triple chainset if you were building a very posh pass-stormer, but no more. As its top-end groupsets switched from 10 to 11 sprockets, Shimano quietly dropped triples.

Within Shimano's current road line up triple chainsets are more common at Tiagra level and below. These groupsets attract a wider audience/riding style and therefore the demands on the components are different to those favoured by competitive and performance cyclists.

Triple chainsets have closer gear ratios, making the steps between the gears easier to move through, and therefore increasing the efficiency of personal performance. For many riders, a triple chainset provides options to allow you to continue cycling in many circumstances/conditions.

However, at the competitive end of cycling, trends for many years have been in favour of double chainsets. Wider cassette ratios are now able to cover the vast majority of gear ranges, in combination with lower crankset weight values that performance athletes demand.

Which chainset is right for you?

So if the triple is dead, what are your common choices? Let's go through the main road systems to help you find the right one for you.

53/39 'Standard' or racing set-up
Ideal for: Pros, strong riders, or flat conditions (maybe a bit more than that but you get my drift)

52/36 'Semi-compact'
Ideal for: Increasingly pros, but also the rest of us mortals too, strong all rounder, ideal for hilly conditions, paired with 11-32 cassette should get most people up even the biggest mountains.

48/32 and 46/30 'Sub-compact'
Ideal for: Touring, gravel and adventure bikes, it takes the existing idea of the compact chainset a step further, yielding gearing that’s ideal for bikes used across a range of surfaces and terrains

1x11 single chainring
Ideal for: Cyclocross, gravel and adventure riding. The single ring and wide-range (10-42t) cassette provides much of the range of a compact and shifting simplicity along with increased mud and ground clearance

- Read more: Which chainset is right for you?

The compact killed the triple

Gearing options have increased substantially over the years with the advent of the compact chainset the biggest reason for the demise of the triple. The arrival of the compact immediately sparked debate surrounding the death of the triple chainset, and they’re now much less noticeable in any of the big three groupset manufacturers - SRAM, Shimano and Campagnolo - ranges than they used to be. 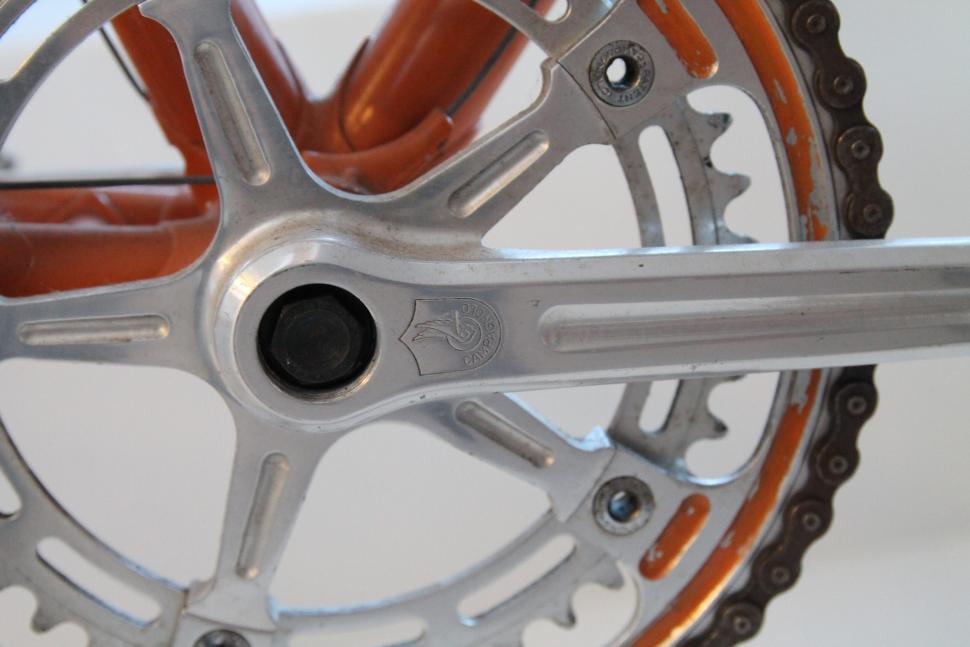 Before the compact came along, your crankset choice was largely split between a double for racing and a triple for touring and Audax riding. At this time of limited choice, a triple was appealing for any non-racing applications, particularly touring or Audax bikes laden with luggage, the lower gears helping to spin up the climbs.

The new wave of sportive bikes sparked the development for a chainset that offered most of the range of the triple but with better chainline, lower weight and, arguably, better looks on a sporty carbon bike.

- Struggling on the hills? If you need lower gears to make climbing easier, here's how to get them

The compact was an instant success. Popularised by FSA soon after the turn of the century, the company met these sportive bike requirements and when paired with the increased range of the 10-speed cassettes introduced at roughly the same time, provided most of the same low gearing as a typical triple setup.

A triple does offer a wide range of gears, but there is a lot of duplication. A 50/34 compact with a 12-29 11-speed cassette provided minimal difference in range from a 53/42/30 triple with a 13-29 cassette. The small compromise in reduced gear choices and range was compensated by reduced less gear duplication, lower groupset system weight and a narrow Q-factor.

Compacts were even used in professional races too, Tyler Hamilton using a compact on a mountain stage of the 2003 Tour de France. The fate of the triple for the new breed of performance focused sportive bikes and cyclists was sealed forever.

The evolution of the chainset and the reduction of the number of rings has been helped by the growing cassette range and increased gears of each subsequent groupset release. Back in the day, you’d be lucky with a 6-speed, 11-23 cassette, fine for racers, but the only way to get low gears without huge gaps — for touring, Audax or leisure cycling — was to fit a triple chainset.

With the advent of 9, 10 and 11-speed groupsets and an increased cassette range, with 11-30 and 11-34 now common options, there’s less need for a triple chainset. You can now get a wide spread of ratios with less duplication of gears. 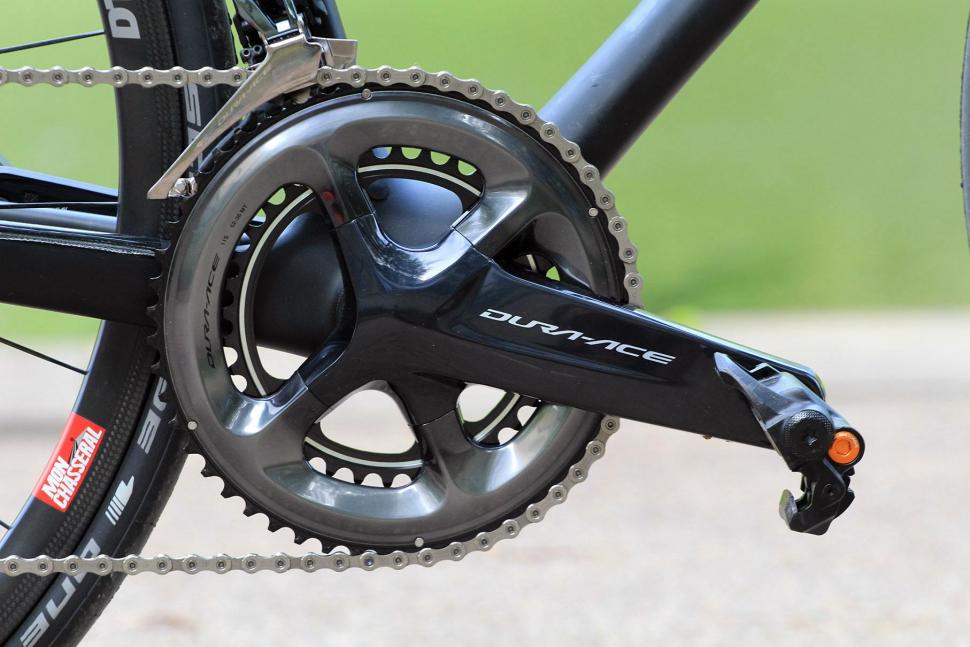 A triple chainset is essentially a double with a smaller chainring bolted on. Triple chainsets require special front derailleurs and shifters, along with a matching long cage rear derailleur to accommodate the long chain needed to cover the full range of sprocket options. Reducing the need for specific components was a boon to manufacturers as it tidied up product lines.

And so they fell out of favour with manufacturers. Shimano and Campagnolo wasted no time dropping triples from their top-end ranges, Dura-Ace and Record respectively, replacing them with new compacts. SRAM didn’t even make a triple chainset when it first got into the road bike groupset market, and has been a proponent of the single ring drivetrain. 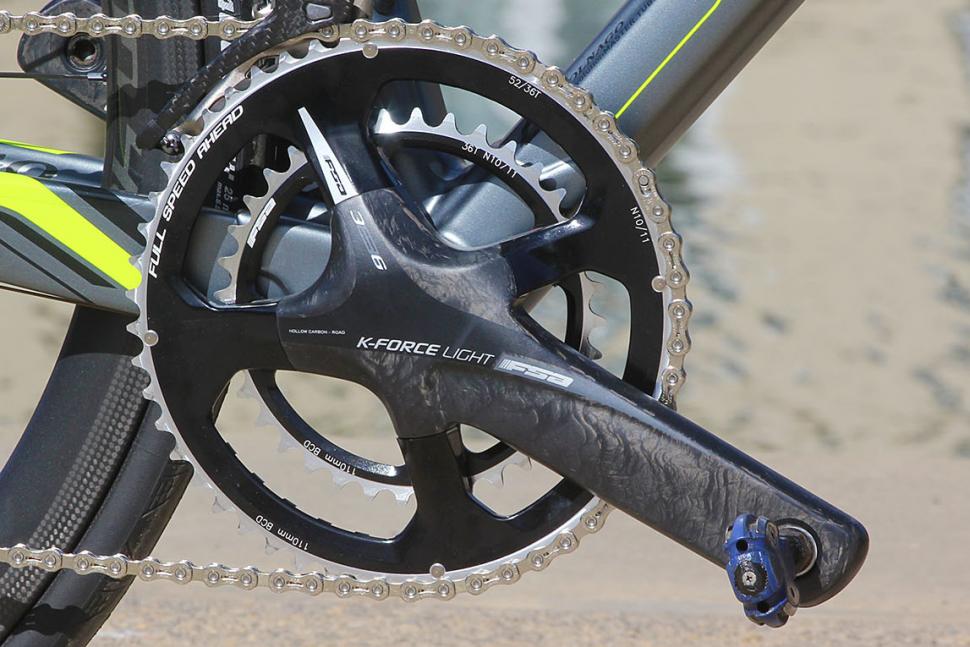 Now there are an increasing array of options. The semi-compact (52/36t) has been a hit, popular with racers and performance minded cyclists, and some reckon it even threatens the compact.

More recent is the sub-compact (48/32 and 46/30) for adventure and touring cyclists where lower gears for tackling hillier terrain with heavier bikes are required. With a 46/30 and an 11-34 cassette you're looking at the kind of gear range that used to be only easily achieved with a triple, and it's possible to go even wider and lower if you bend the rules a bit. 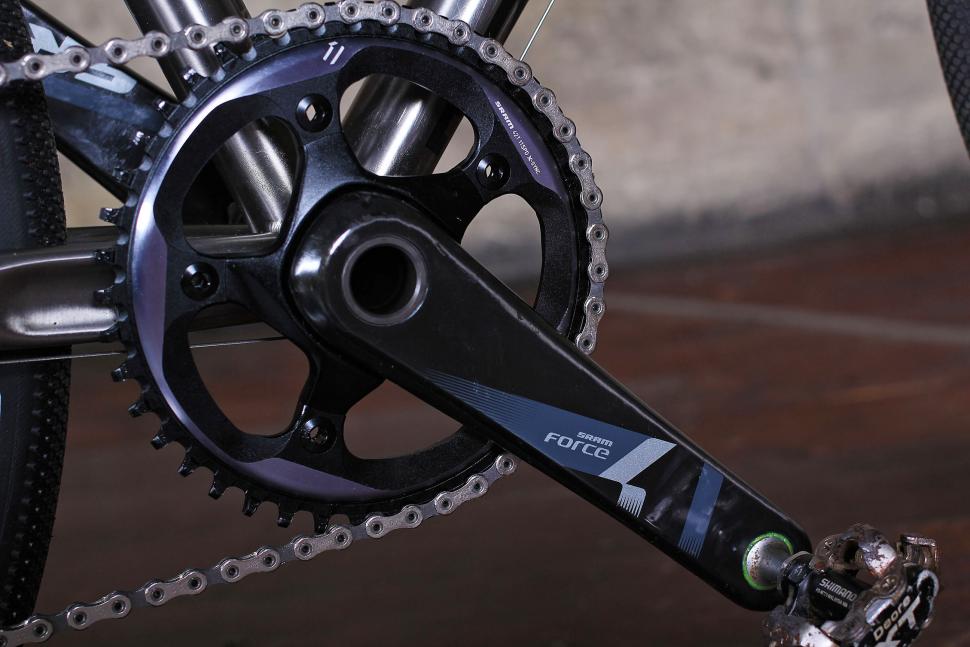 - First look: Does the Praxis Works Alba 48/32 herald the era of the sub-compact chainset?

Add to the mix too SRAM’s 1x11 approach, which pairs a single chainring with a super wide-range cassette, and it looks like the triple chainset has been pushed to the very fringes of cycling.

Do you think the triple is dead or is there still a place for it?