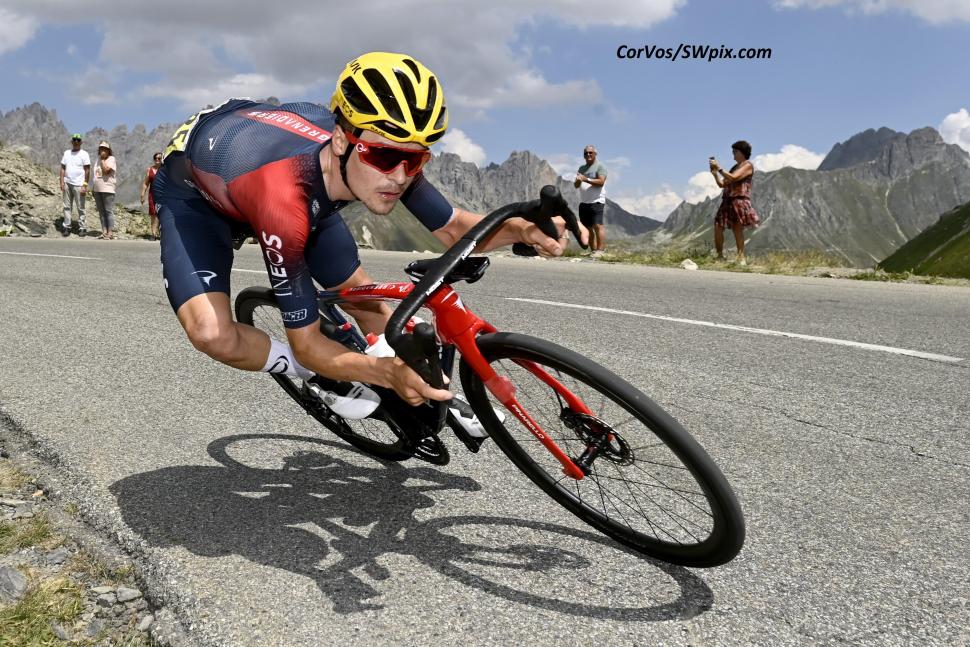 Just how fast do you have to climb and descend to win the Queen stage of the Tour de France?
by Jamie Williams

Ask any rider in the pro peloton to pick any stage of any race to cross the line first on, chances are the queen stage of the Tour de France is well up there.

Add in that this year the stage finished up Alpe d'Huez, on Bastille Day, and you're likely to make any pro rider's dreams come true, no more so than if you're a young Brit in just your second Grand Tour with only one major senior road race win to your name.

> Did disc brakes get Pogacar dropped? 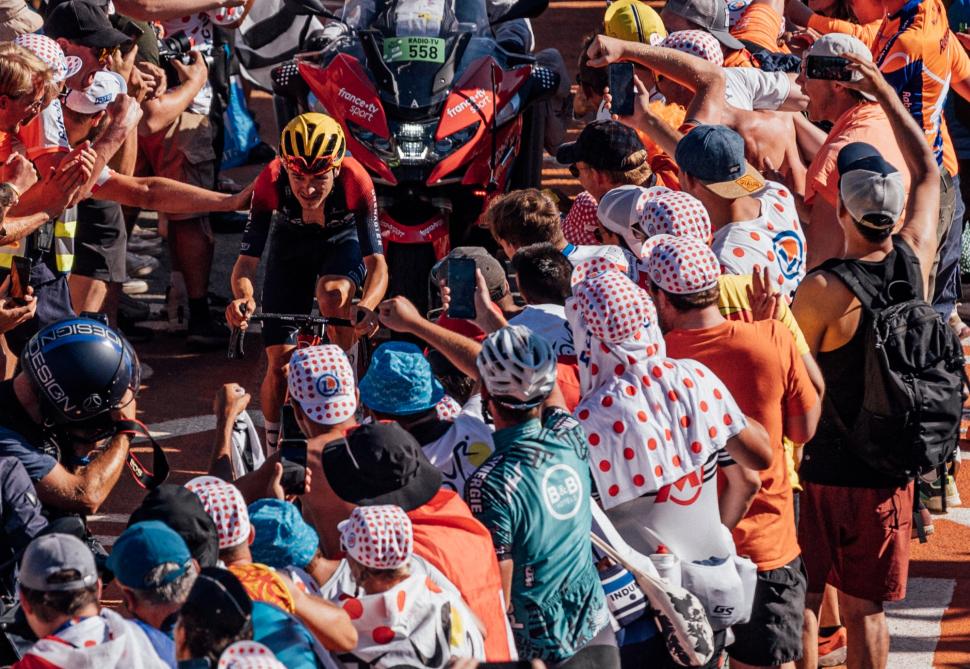 To win any stage at the Tour de France is no mean feat, but even fewer riders manage to win the Queen stage as their first ever. Stage 12 was always going to cause fireworks with ascents of the Col du Galibier, Col de la Croix de Fer and Alpe d'Huez, it was likely that a breakaway would get away but whether it could stay away was a very different question. 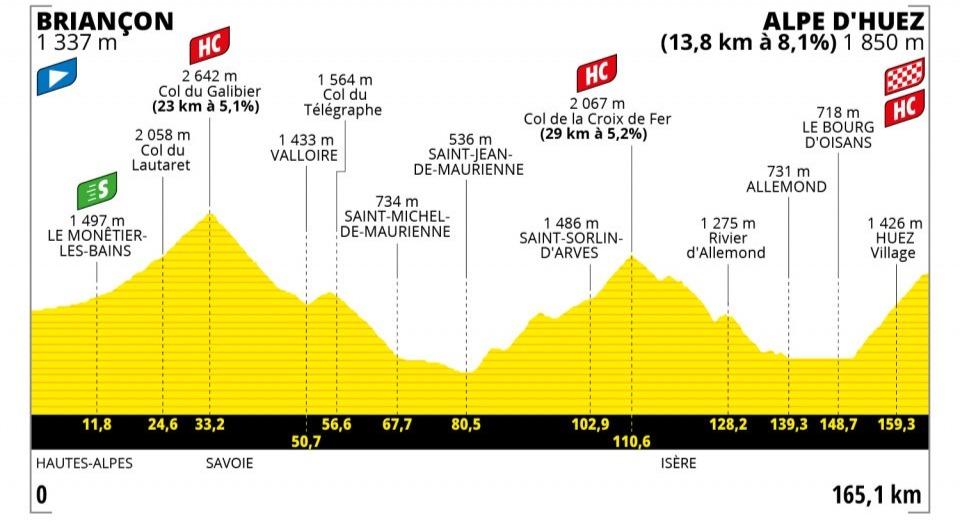 So what does it take to win?

Well, thanks to many of the pro riders now uploading their data to Strava as part of their collaboration with the Tour de France and Tour de France Femmes Avec Zwift, it's possible to see just how fast Pidcock was going. Over the 165.1km stage, the Ineos Grenadiers rider averaged 32.8kph despite the route having 4,862m of elevation gain. Unfortunately his power and heart rate data are hidden for obvious reasons, but Ineos Grenadiers has allowed him to publish cadence data: 88rpm for the stage. 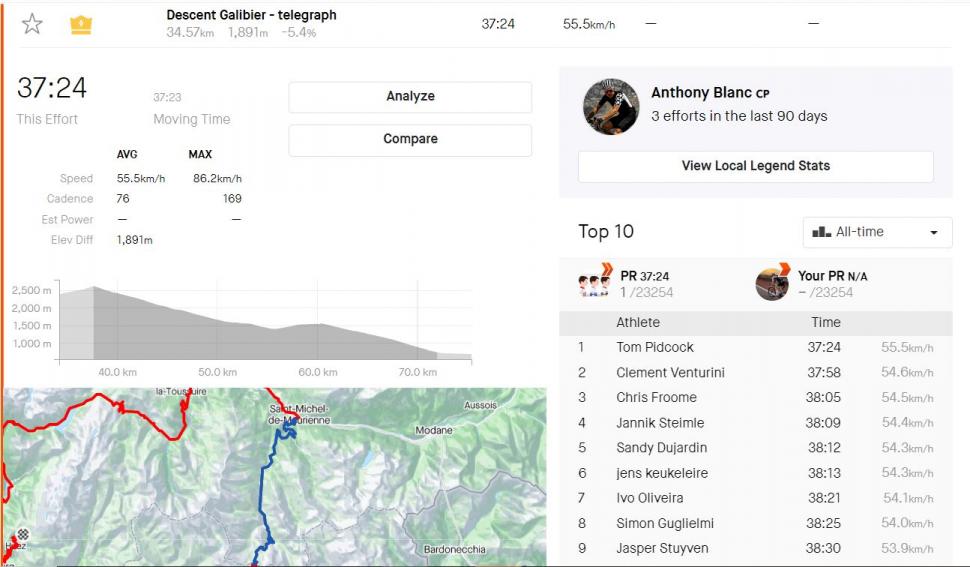 Pidcock didn't make life easy for himself, missing the initial break and then bridging across on the descent of the Col du Galibier. In fact, he took the KOM by a significant margin. Chris Froome is the next TdF competitor on the leaderboard, the fellow Brit getting caught by Pidcock and then trying to cling on to his rear wheel.

At the end of the stage, Froome said [Pidcock] "was flying on the descents today, I think that his bike handling and mountain biking probably came in handy today", adding that "there was a few points where I backed off the wheel a bit because he was definitely pushing the limits." 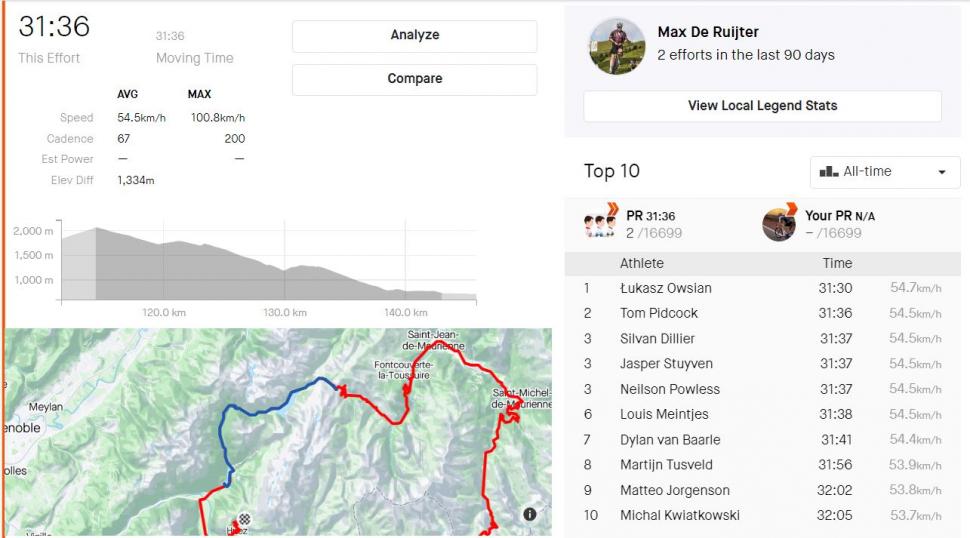 It was on the descent of the Col de la Croix de Fer, though, that Pidcock hit his maximum speed of the ride, a massive 100.8kph according to his Strava. Pidcock said in a post-race interview that this was his record and that he'd never been over 100kph on the bike before. What a time to do it!

Of course, Pidcock also had to climb at speed. He whittled down the breakaway group on the ascent of the Croix de Fer, averaging 21.1kph for the 22.5km mountain that averages 5.3%. That wasn't enough to snatch the KOM though, as Laurens Ten Dam holds on to that with his effort from 2015. Who won the stage on that day? None other than Chris Froome. 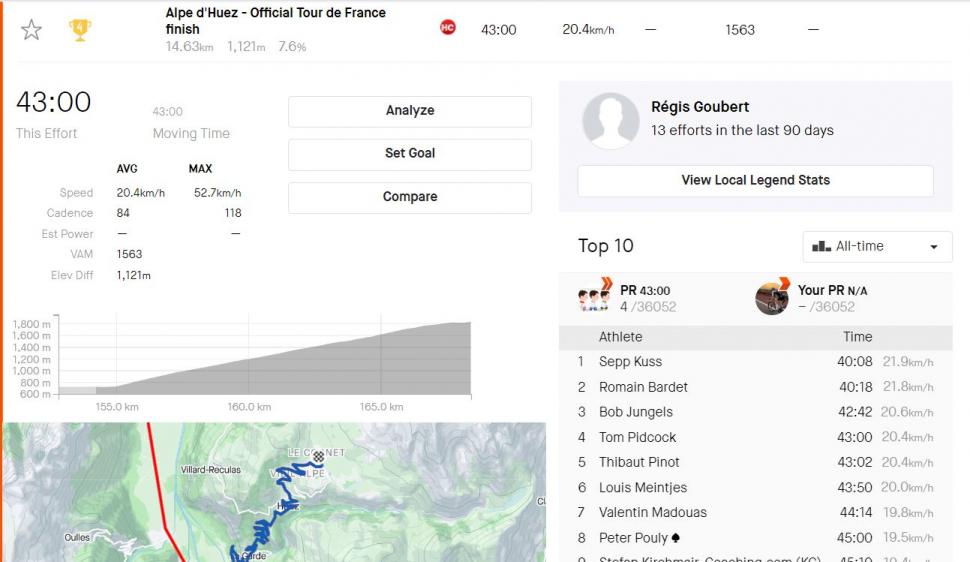 As Pidcock hit the final climb of the day, the race could still have gone either way. Alpe d'Huez has a reputation for a reason, and has been the downfall of many a great rider. Pidcock conquered the 21 hairpins with an average speed of 20.4kph, which although slower than the GC favourites behind was more than enough to hold off their late charge. The experienced climbers of Chris Froome and Louis Meintjes couldn't live with the pace as Pidcock waded his way through the crowds. 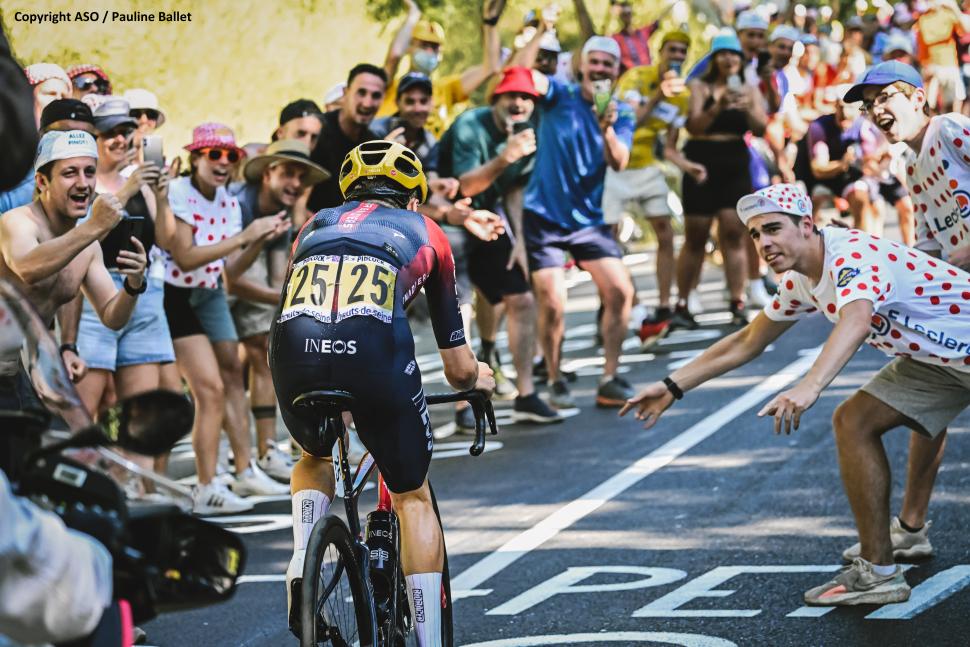 If you're struggling to put into context just how quick Pidcock assailed the Alpe, then look no further than his VAM (Vertical Ascent in Meters). This is a unit that helps to judge climbing performance regardless of the gradient or the particular climb, and 1,563 is an absolutely huge figure to hold for 43 minutes! If you're on Strava then take a look at some previous rides and see how close you have got.

The elevation did offer some relief from the heat though. At low elevation Pidcock's data indicates a maximum temperature of 42°C, but thanks to spending much of the 5-hour ride above 1,500m, the average was a slightly more manageable 33°C.

What did you find more impressive, Pidcock's climbing or descending? Let us know in the comments section below...