Not all bikes are all about aero. This TCR belongs to Nick Schultz and it has been very close to a stage win already
by Liam Cahill

The Giant TCR of Team Bike Exchange is a lovely machine and we got a very look at the bike of Aussie Nick Schultz prior to the race starting in Denmark. He got oh so close to a maiden stage win on the road to Megeve, so this is obviously an incredibly capable race bike when it comes to the mountains. 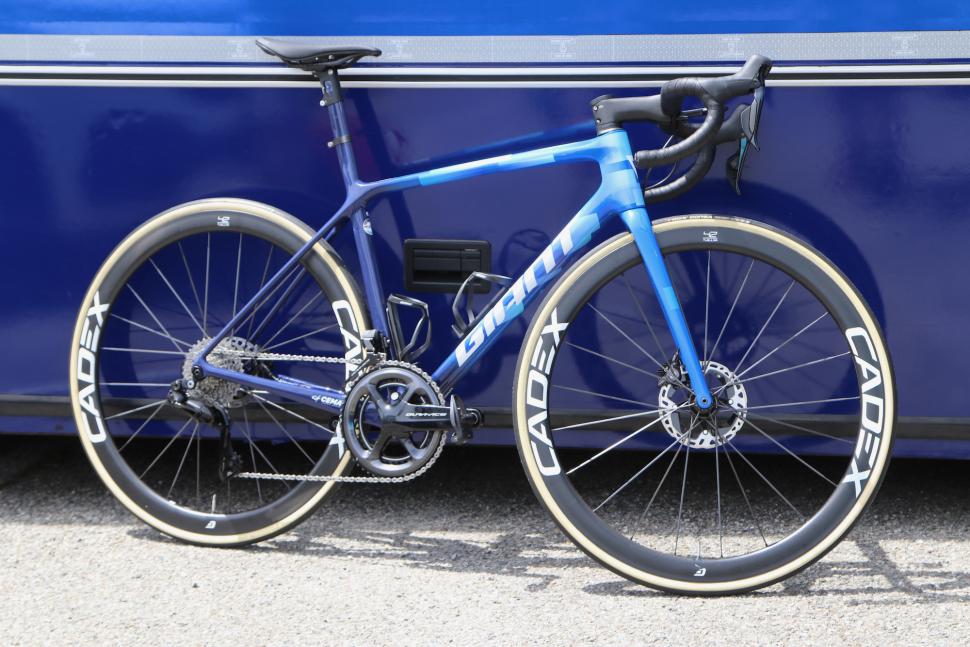 Shultz’s build is one that has a (relatively) classic feel in these days of everything being aero. The partially exposed cabling and tubular tyres are features that we don’t see much in the pro peloton these days.

The frameset is the lightest in the Giant range and uses an integrated seatpost to keep the weight as low as possible. The seattube simply continues up, becoming the seatpost which, if you measure incorrectly and cut it too short, will mean a whole new frame. 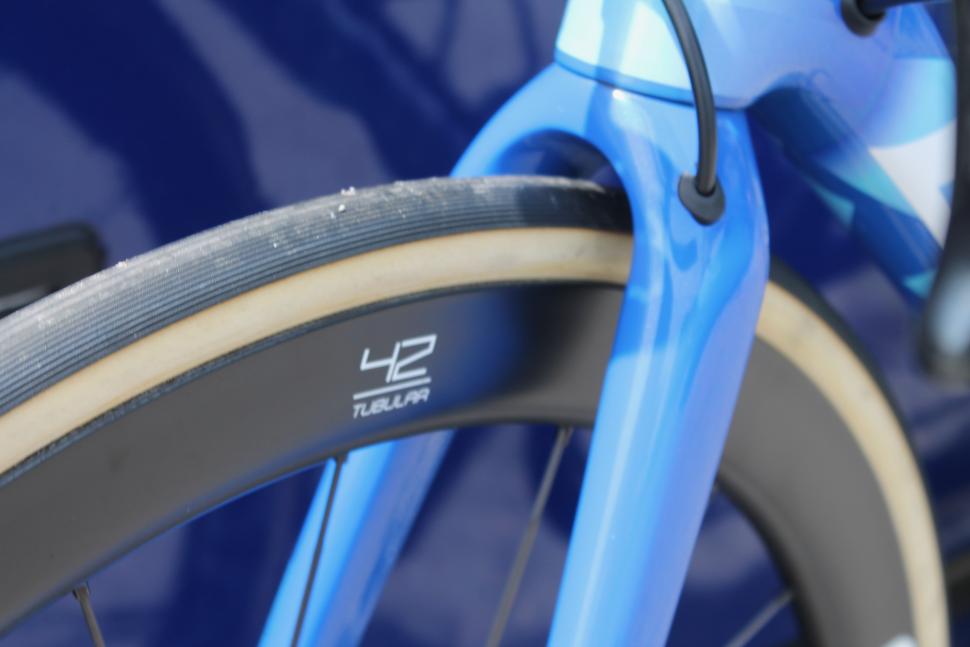 While most manufacturers went with a fully integrated front end, Giant said that the TCR was focused on stiffness to weight and so they chose not to chase a marginal aero gain.

> Are we witnessing the death of the tubular tyre? Why tubeless now rules the Tour de France peloton 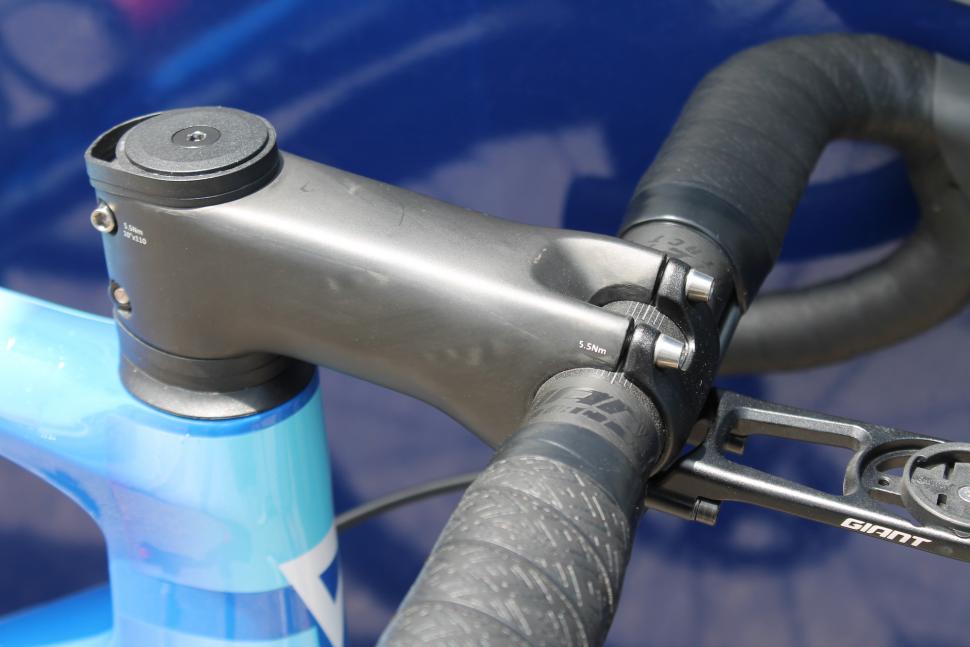 Sticking with the front end of the bike, Giant uses an oversized steerer tube, so you’ll find a chunky Giant carbon stem which you wouldn’t be able to use on most other steerer tubes. For a climber like Schultz, the carbon stem will be there not to save masses of weight, but to add as much stiffness to the front end as possible. 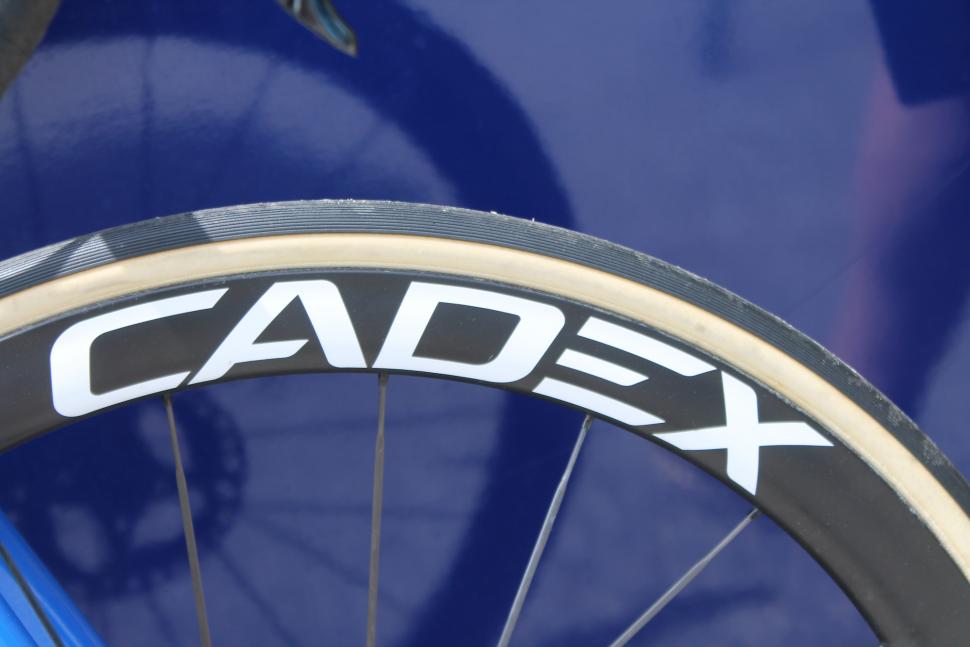 Giant is a manufacturer that produces frames for other brands and they also make their own components. The Cadex wheels are an example of this and they are a very interesting design, featuring a 42mm-deep tubular rim and carbon spokes. Vittoria supplies the tyres and Schultz uses 25mm Corsa G2.0 tubulars with lovely tan sidewalls. 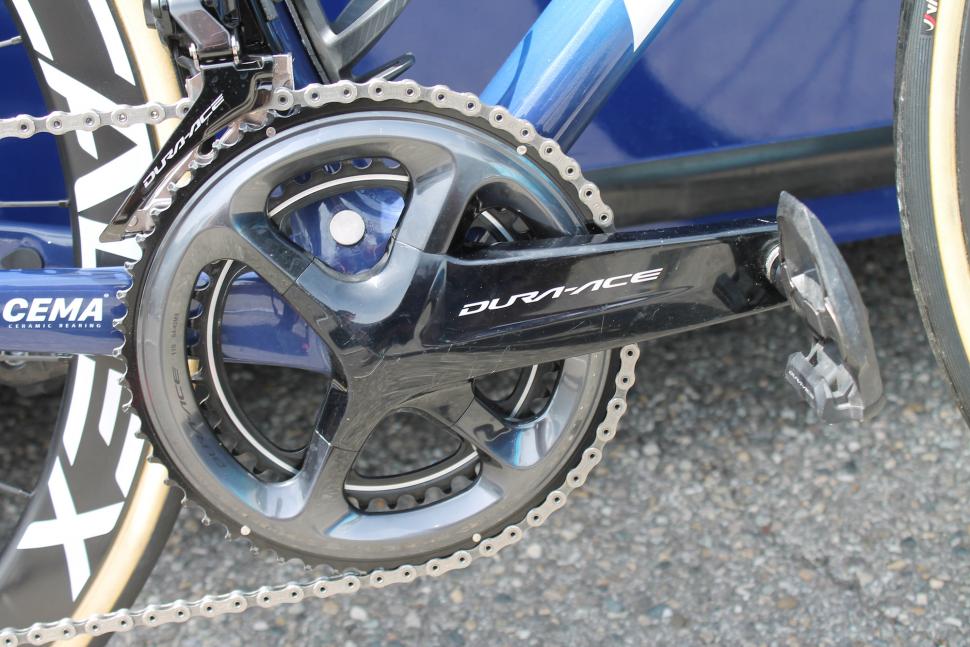 The groupset is a 12-speed Dura-Ace Di2 setup, though Bike Exchange doesn’t have the latest Dura-Ace chainset power meters. 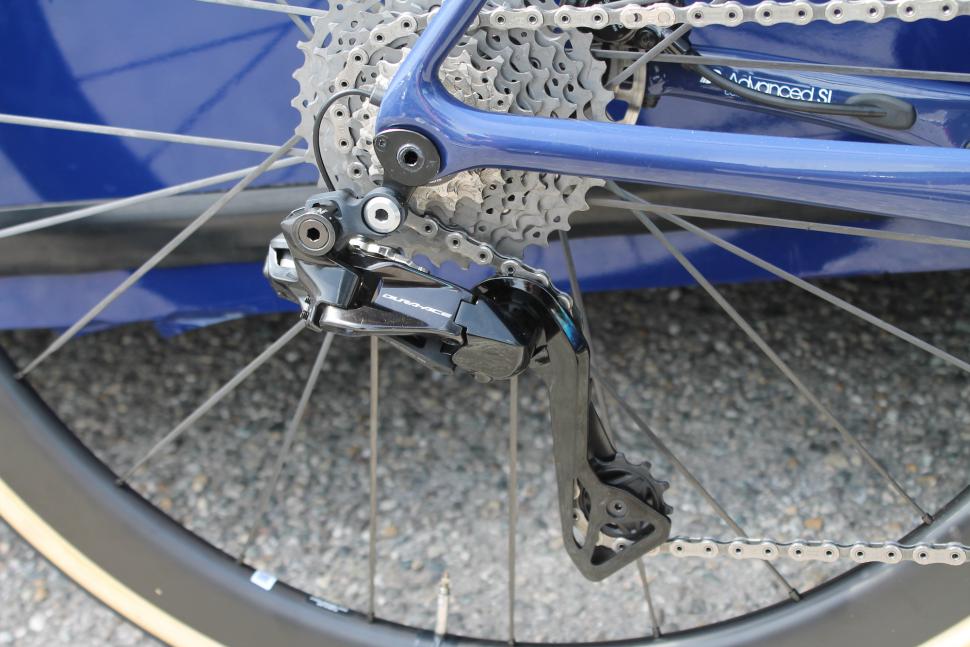 Schultz uses the new Shimano standard chainring combination of 54/40T and pairs this with an 11-32T cassette. That should cover him for all stages of the Tour, though he may go for a closer ration cassette on the flatter stages. 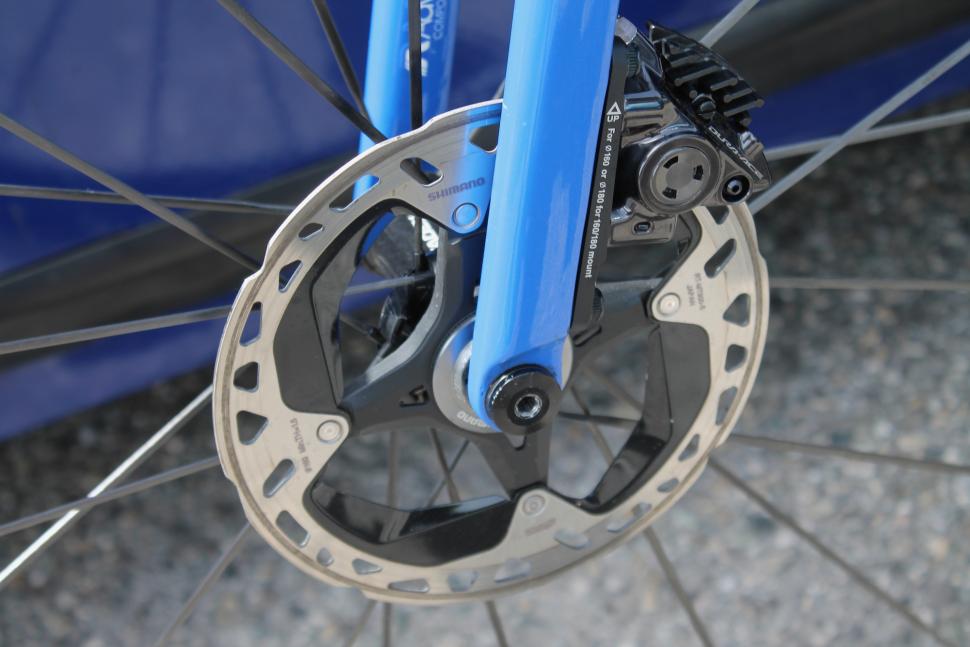 The team has the latest Dura-Ace brake callipers which offer a 10% pad clearance improvement over the old model and Schultz opts for a 160/140mm rotor combination with the larger rotor at the front for extra braking power. 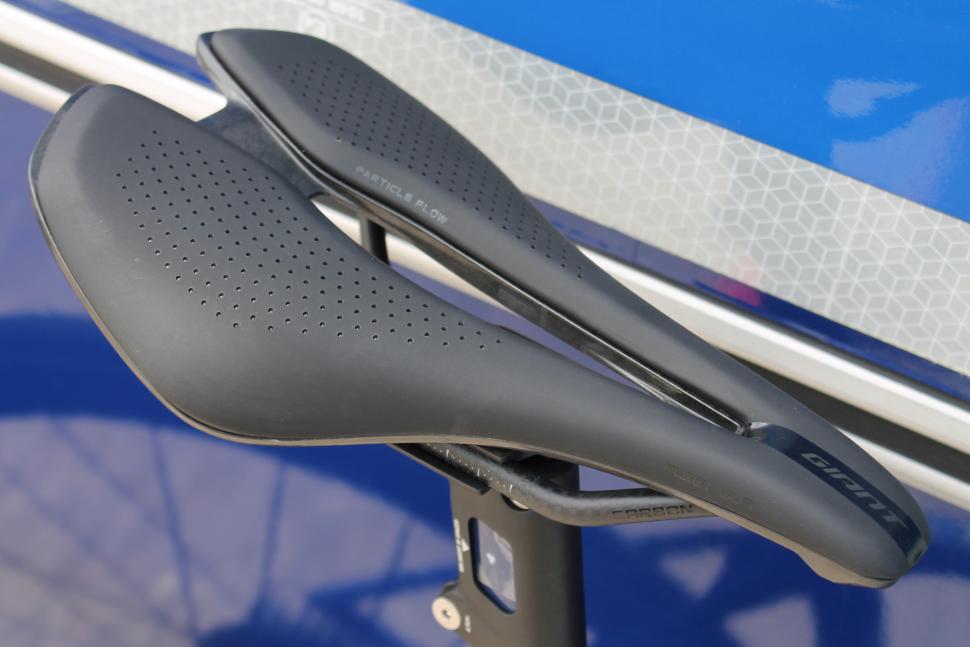 The pedals are Shimano Dura-Ace, bottle cages come from Giant and there is a very tidy mount for the headunit bolted to the stem face plate bolts. A Giant Fleet SLR saddle finishes the bike.