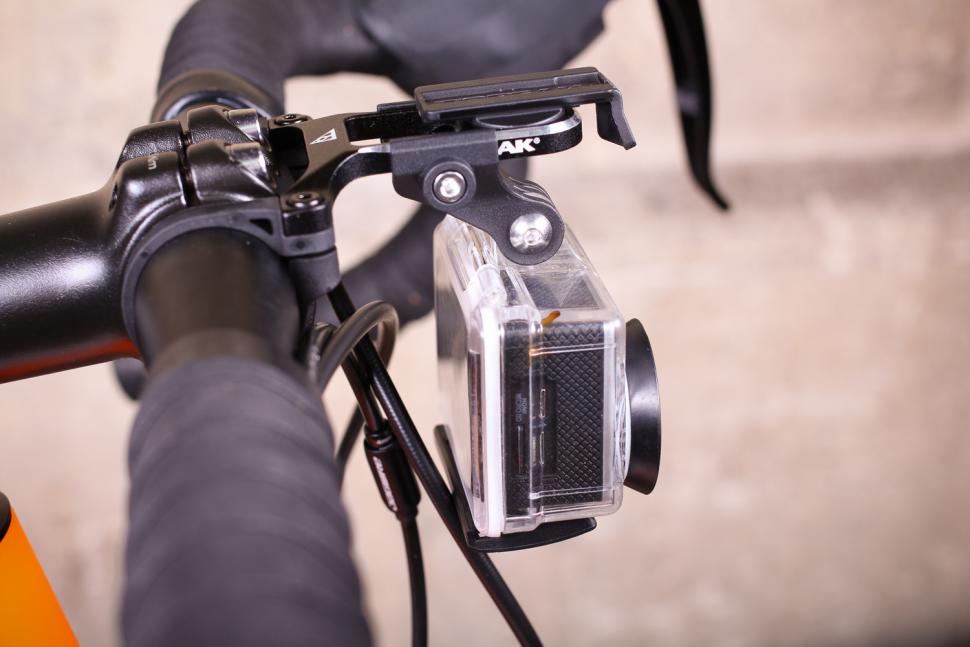 Why do cyclists use action cameras? We asked and you told us

Recently, ​we asked road.cc readers who use action cameras while cycling to share their experience with us – including why they had decided to start filming their rides in the first instance, which is what we address here in the first of several articles based on the responses we received.

Responses received from readers around the UK show that reasons prompting many cyclists to film their journeys are much more complex than some elements of the press would have you believe – and it’s certainly not to catch out ‘unsuspecting’ motorists or  ‘stoking the flames of the road culture war’.

The replies also highlight some common themes – one being that in many cases it was a specific incident that led to them buying a camera to record their rides.

And in the case of one reader who last year invested in a camera, that came after a driver deliberately knocked him from his bike – although despite him memorising the vehicle’s registration number, Kent Police were unable to take the matter further without video footage.

I had an incident (pre-camera) where an oncoming vehicle passed me at high speed on a narrow rural road. I shouted “slow down” as he passed. The driver took exception to this and, despite heading in the opposite direction, he turned round and drove back to me (so much for being in too much of a hurry to drive at a careful speed for the initial pass!). He came alongside and then pulled over hard to the left, making contact with me and forcing me off the road and into the adjacent bank, before driving off.

Another reader, Trevor from County Durham, began filming his rides after he was injured in a collision, where video evidence may have strengthened his civil case against the driver, telling us he did so:

Following an incident which resulted in Hospital visit, bike written off and three years of solicitors’ involvement resulting in what I would suggest was an unsatisfactory outcome.

And this reader from Yorkshire decided to get a camera after an unprovoked assault.

I was victim of an assault by a pedestrian, totally unprovoked. This followed a lifetime of close passes and general crapness on my commute, but being assaulted was the final straw.

For Rendel in London, it was a news report of a specific incident (linked below) that prompted his decision to purchase a camera.

For my own legal protection in the event of any incidents and claims against me, after the case of the cyclist who had to pay huge compensation to the yoga teacher who stepped out in front of him on a green light.

A couple of readers who responded said that family members were behind their reason for starting to record their cycling journeys. Here’s James from the West Midlands:

About a month or two ago, I was becoming increasingly concerned about the standard of driving on my commute. Lots of close passes, left hooks etc. My partner (a much less experienced road cyclist) was considering commuting on bike to and from work and I started to worry a lot about her safety and the safety of more vulnerable and less experienced riders. I purchased an action camera and began to report all dangerous driving I saw on the roads.

Robert, who lives in the area patrolled by Devon & Cornwall Police, said:

My wife wanted me to use one after a relative was knocked off his bike by a motorist.

I am not doing this to take revenge on close-passers, or highlight that I have been wronged. I’m doing it because I want to change behaviour and make the roads safer for my community.

For some, one of the prime motivations behind buying a camera was to provide evidence to help police bring a driver to justice should the absolute worst-case scenario happen, as this cyclist from the West Midlands explained.

The terrible standard of driving in general and particularly around cycles. I was convinced the police will one day be scraping my dead body off the road and wanted them to be able to identify the cause. I had been watching the likes of CyclingMikey on YouTube and this probably sparked my initial interest in running cameras.

> “Tired of road crime” – CyclingMikey on episode 16 of the road.cc Podcast

Steven, who lives in the Thames Valley Police area covering Berkshire, Buckinghamshire and Oxfordshire, had a similar motivation.

Due to a low-loader lorry running me off the road and nearly crushing me with the rear wheels of the trailer. I ended up going on the verge and stopping in a hedge. I wanted something to gather evidence, mainly so my family would know the cause if the worst had happened, but also to submit footage to police.

Another road.cc reader, Richard from Gloucestershire, began using his for the same reason – but only began submitting footage to police when others urged him to do so after we featured one of his videos in our Near Miss of the Day series.

I started using a camera just after the first lockdown ended in summer 2020. I had enjoyed cycling local journeys over lockdown but when restrictions eased the standard of driving dropped dramatically and I mounted a Lidl camera I already had on the bike . I wanted to record the inconsiderate driving I was experiencing thinking that something would be done about it if I was injured or killed by it.

I began submitting to the police after you featured my video in NMotD 461 where your readers urged me to send it in. In those days there was no system in place but I eventually managed to get the video looked at and the officer concerned said they would send a letter as it was beyond the 14-day notice period.

> Near Miss of the Day 461: Very dangerous overtake in the rain

Of course, for many of us using an action camera is not just about capturing close passes – it’s also a way of recording rides somewhere scenic, perhaps, or in the case of Jon Stone’s terrific London Cycle Routes series on YouTube providing advice to others about how to get from A to B while avoiding motor vehicles as much as possible through using bike lanes and low traffic neighbourhoods.

One road.cc reader, Tom from Hampshire, first used an action camera nearly 15 years ago for non-cycling reasons, and his comments show the tech now is a million miles away from what it was back then. Now, he uses one for his bike rides too.

I had a helmet camera I'd bought for snowboarding, it plugged into a camcorder (DV tape) and ran off 8 AA batteries. I only used it for cycling a couple of times as it was a massive faff and the video quality was quite poor. I started recording my rides regularly around the middle of 2019.

I started using cameras regularly when I found out that I could report incidents online. I'd also had a camera in my car for a number of years, so it seemed logical to use one when cycling too.

We will feature more of your feedback in the coming weeks and in the meantime if you haven't already shared your thoughts, here is how you can get involved, alternatively let us know how you got started using a camera in the comments below.